It is sheer joy to watch a graceful figure skater spin, jump and glide across the ice. And, there is a figure skating club in Flint Township where people can learn the sport and showcase their talent. The Iceland Competitive Edge Figure Skating Club (ICEFSC) was established in 2012. According to Cristy Bosley, Vice President, the predecessor club, Flint 4 Seasons Figure Skating Club dates back to 1987-2010. Sanctioned under the USFSA (United States Figure Skating Association), the governing body for the sport, the club operates out of Iceland Arenas in Flint Township.

A 501 (c)3 nonprofit, ICEFSC has had as many as 75 members and as few as 35 due to the pandemic. “We’ve really struggled to get new skaters and coaches to our arena,” Bosley reports. “We are excited to reach out to new skaters and welcome back established skaters who may have stopped skating during the health crisis,” adds the club’s recently appointed President, Elizabeth Bye.

On Saturdays from 9-10am, ICEFSC offers a Learn to Skate class to entice new and present skaters to enjoy the glide of the ice beneath their feet. “Learn to Skate is an important class for all skaters,” says Bye. “It teaches basic skills, such as how to stand up, basic stroke and how to lean and stop. It also offers more complex skill-building.” 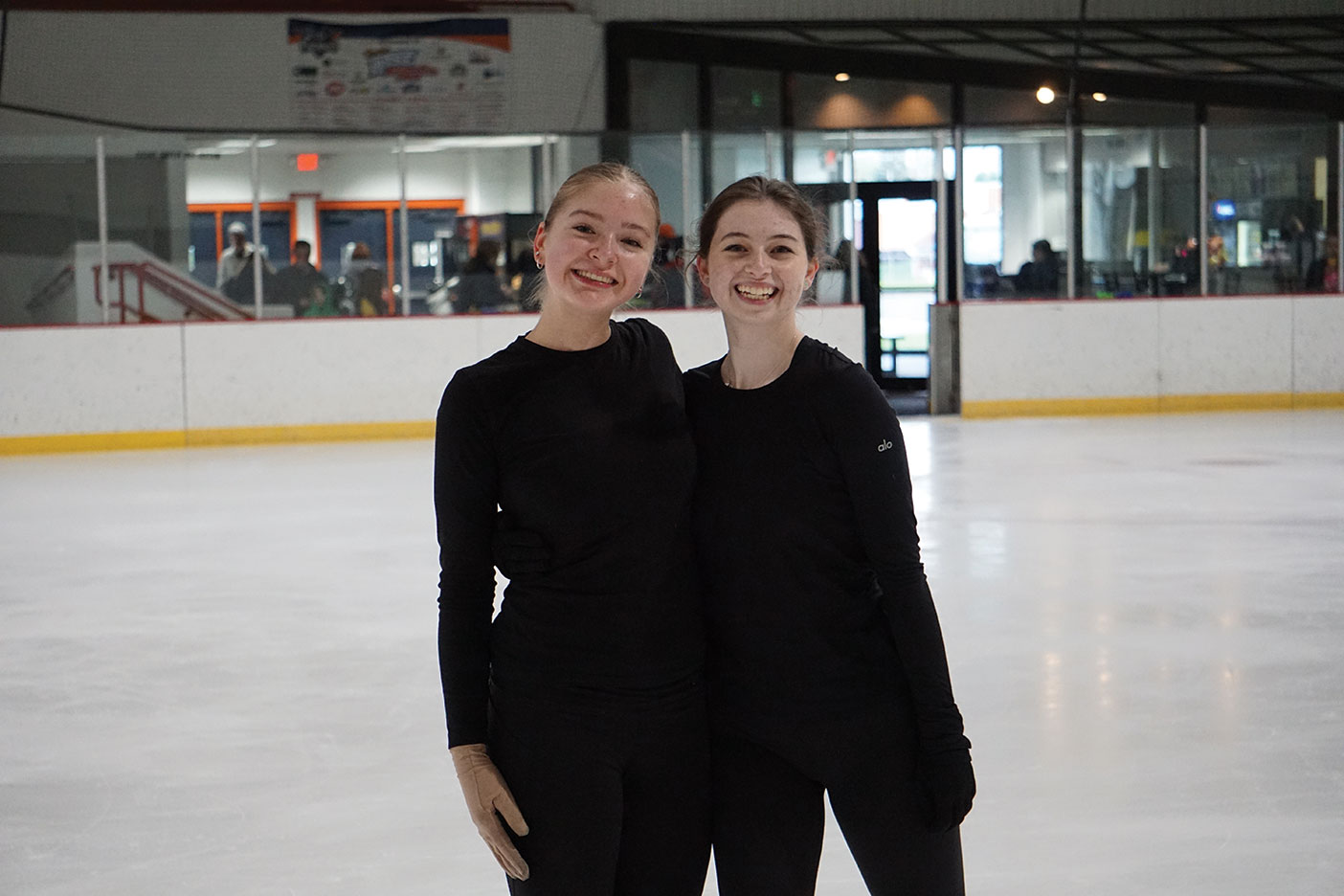 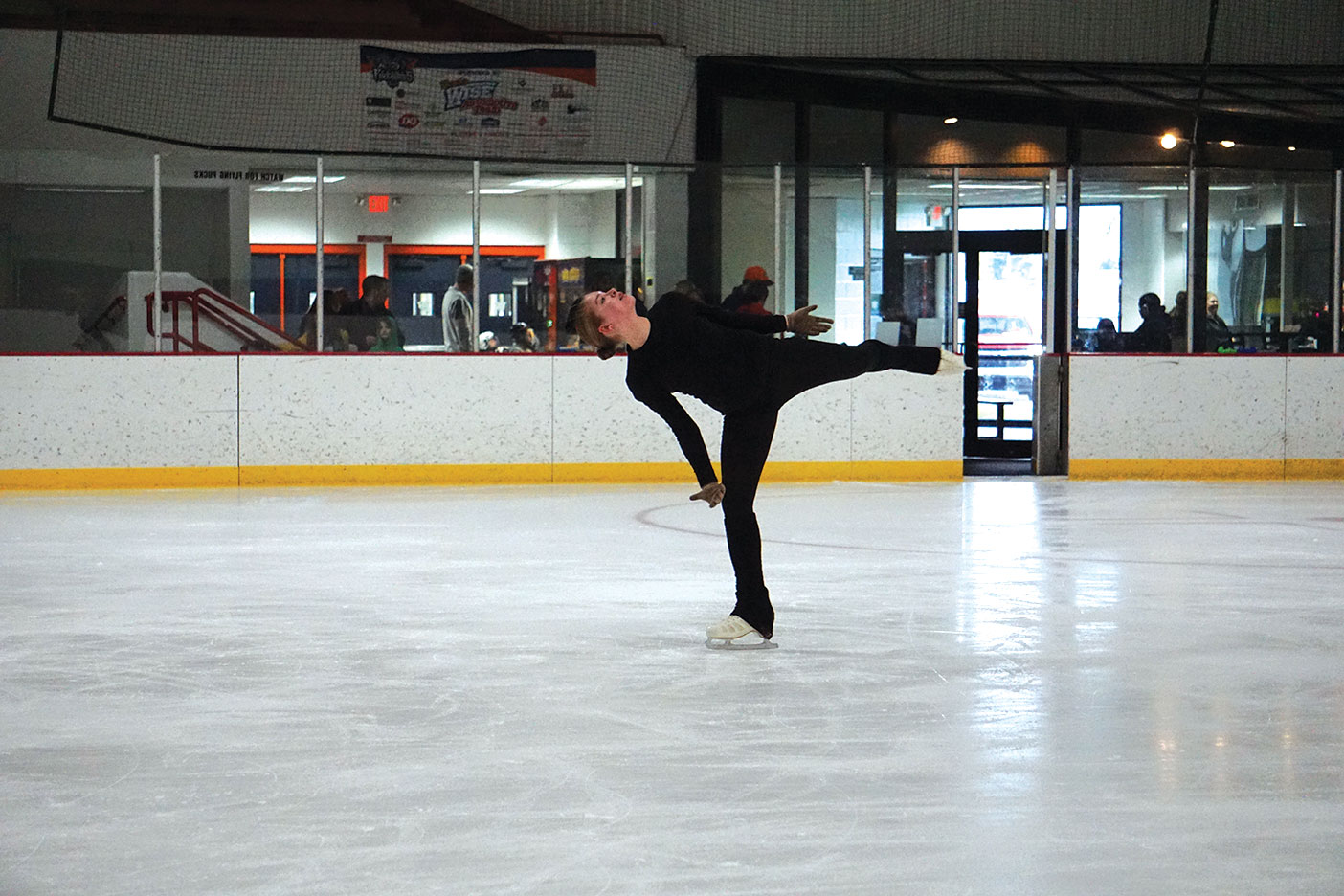 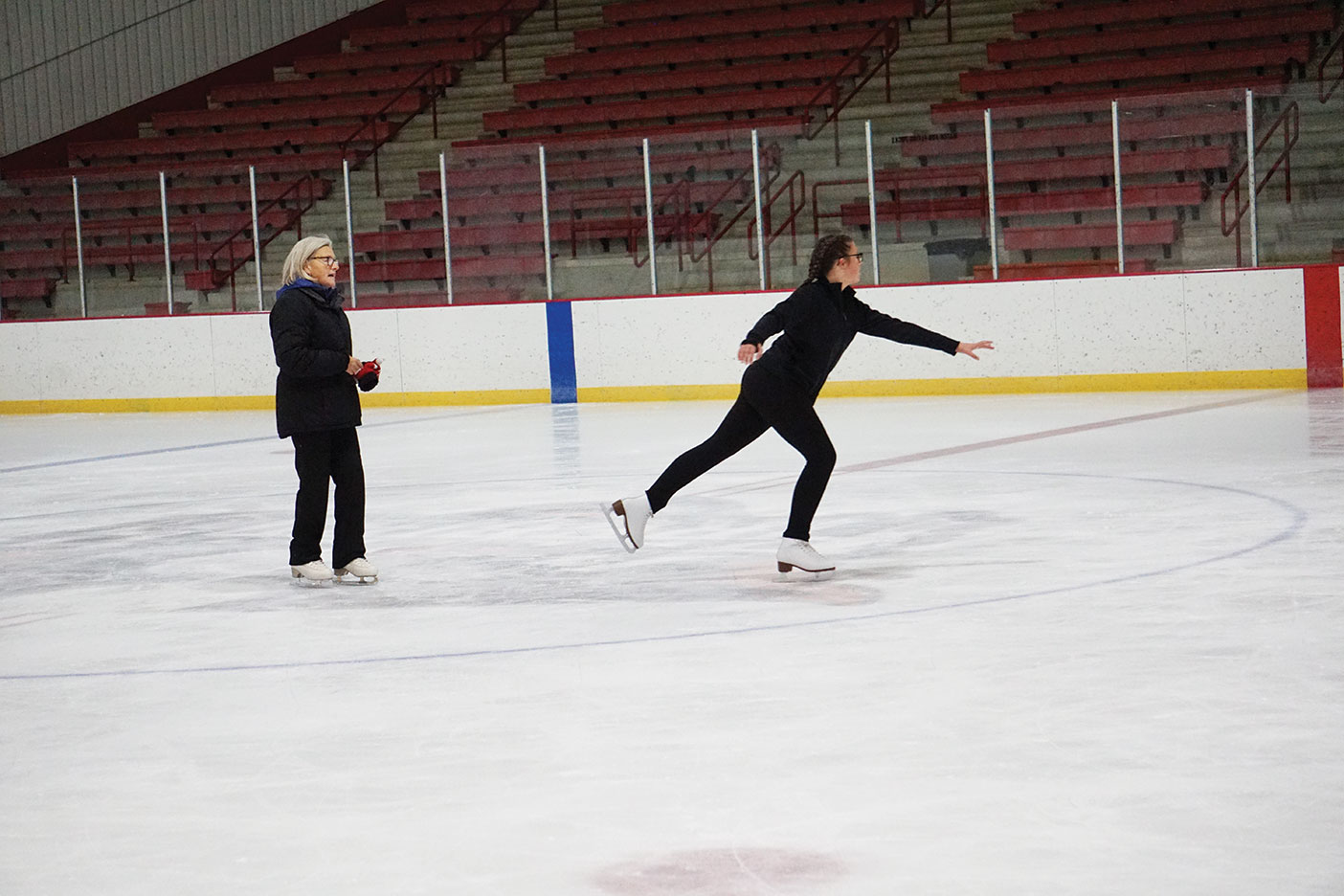 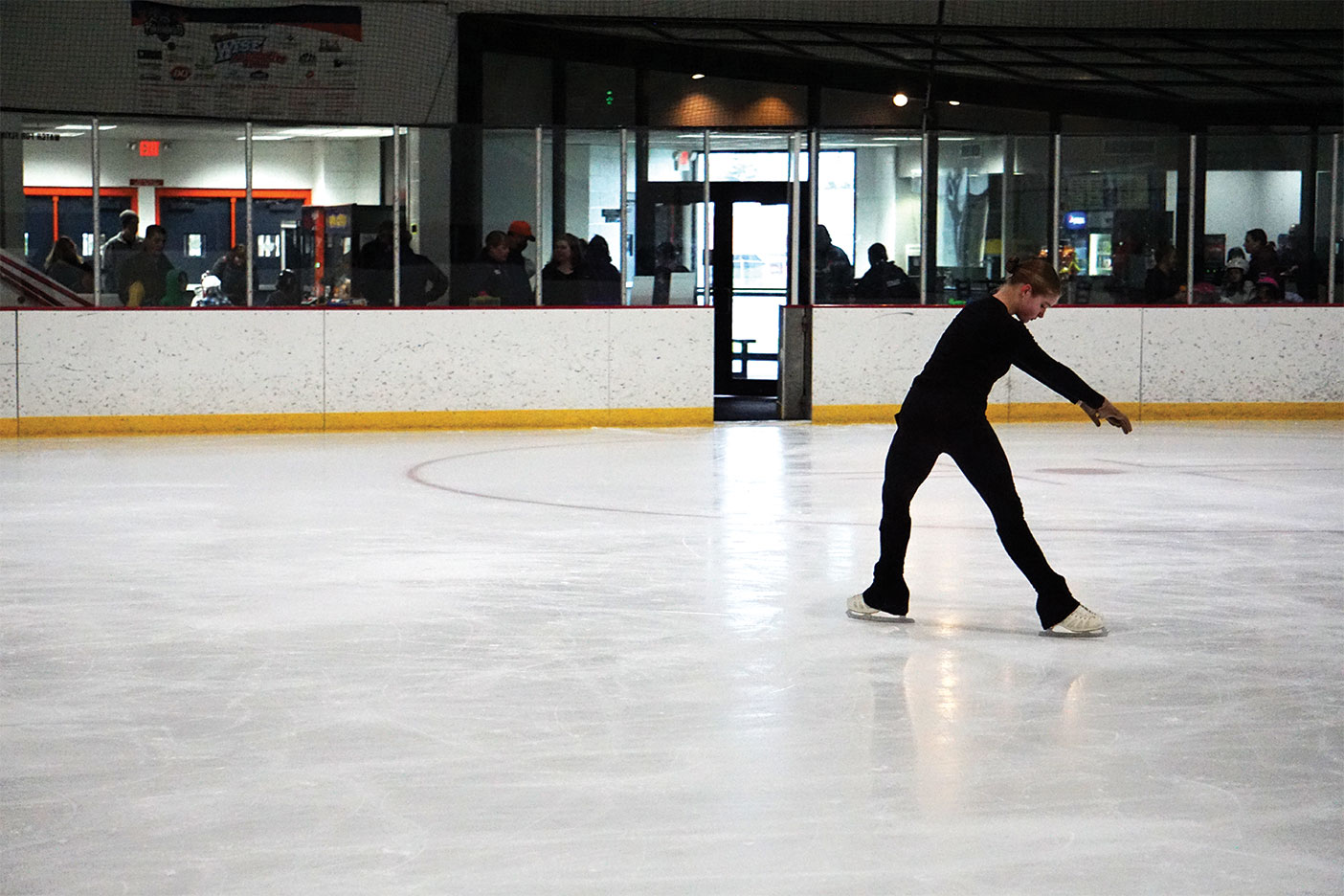 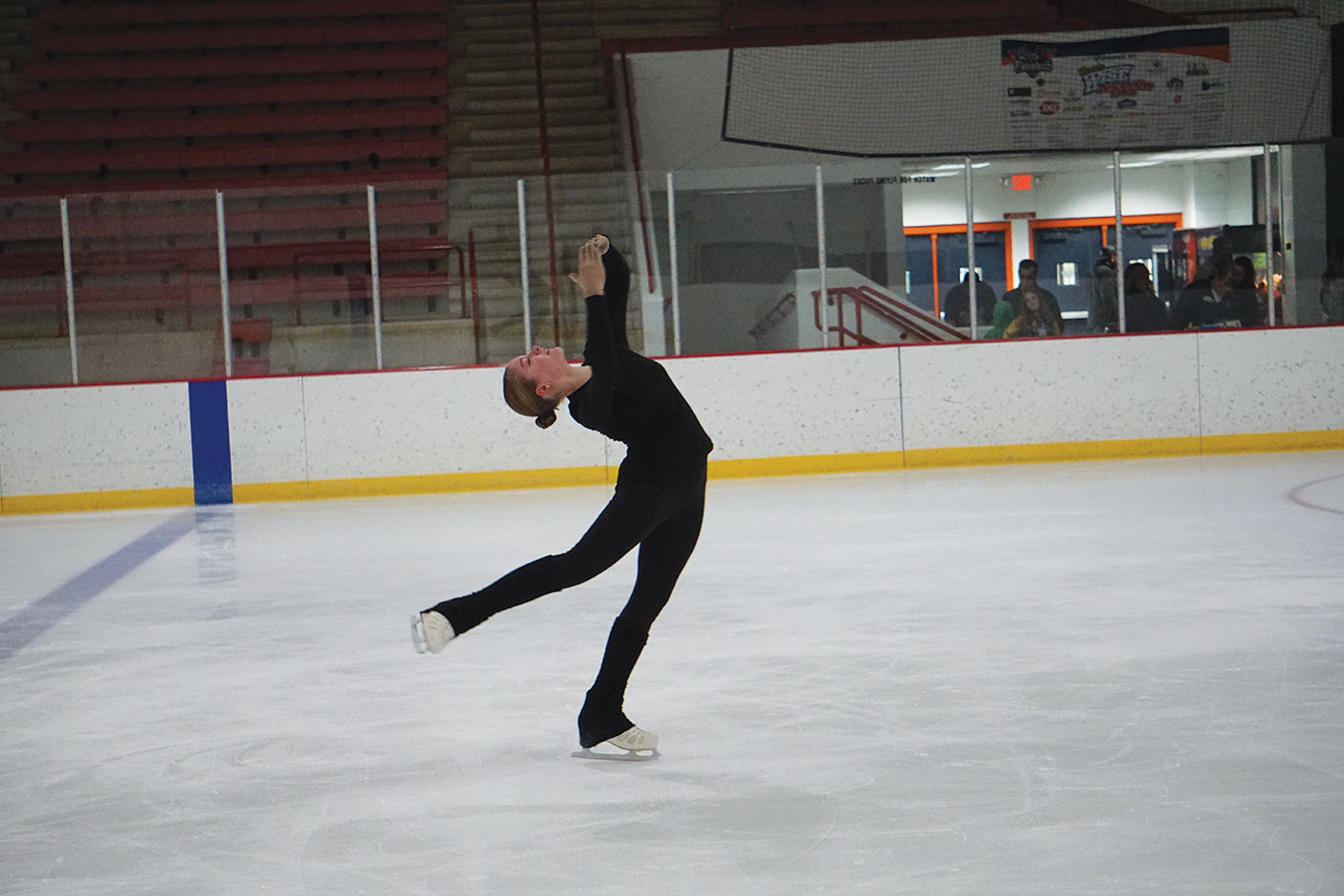 Every spring, the club hosts a competition – Spring Fling – known throughout Michigan for skaters age three to adult. The next competition will be held on May 1, 2022.

ICEFSC skaters compete for medals in various competitions which include: solo figure skating, pairs, theater and dance, depending on the skater’s expertise. The competition is part of a series held throughout the state, known as the Michigan Basic Skills Series. “The coaches and higher-level students are the teachers,” Bye notes.

Since 2014, ICEFSC has held an annual ice show. “These are very entertaining and loved by all the skaters, coaches and spectators!” Bosley exclaims. The theme for the ice show is different each year. A few of the past themes include: “A Night at the Movies,” “80s Flashback,” and “Michigan Made” which featured music by Michigan greats. The ice shows include both solo and group skaters. “Each show opens and closes with a special number that includes all participating skaters,” Bosley explains. “The shows feature special lighting, sets and props to create the whole ‘Ice Capades’ feel.”

Another fun and exciting ICEFSC performance is the Holiday Exhibition, which is held around the Christmas holiday. “The skaters dress the part and skate to holiday music, and we have a glow party afterwards for all skaters and their families,” Bosley says. “The holiday and spring shows aren’t scheduled for this year, as we are rebuilding,” Bye reports, “but they will be held in the future.”

Throughout the year, professional coaches teach the ICEFSC skaters all the moves, jumps, spins and dances that are required for testing, competitions and ice shows. “This training is supplemented off-ice, using Iceland’s soccer field facilities to work on flexibility, endurance and technique,” Bye adds. Many of the skaters move up to coaching, continue on to skate at college level or join professional skating groups like Disney on Ice. 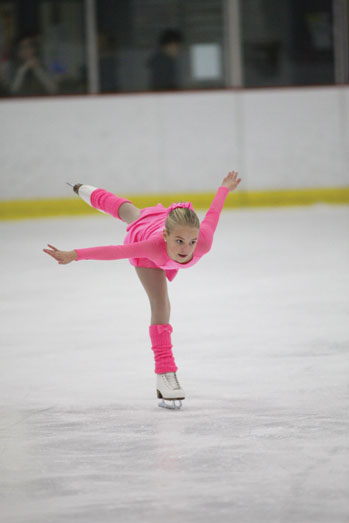 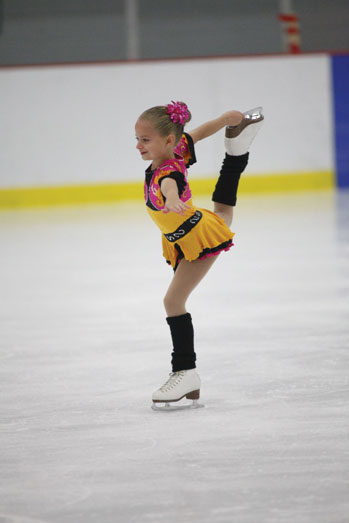 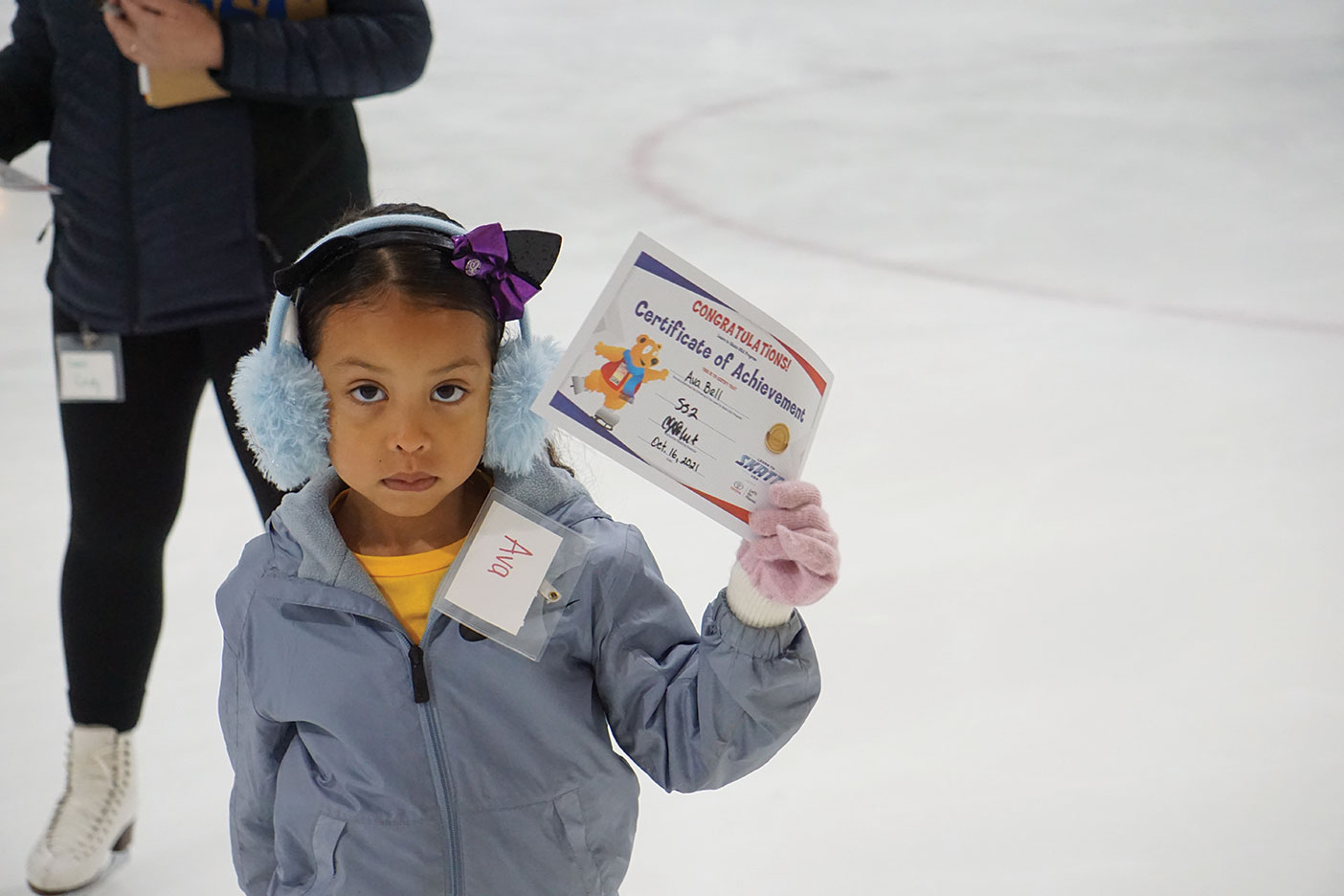 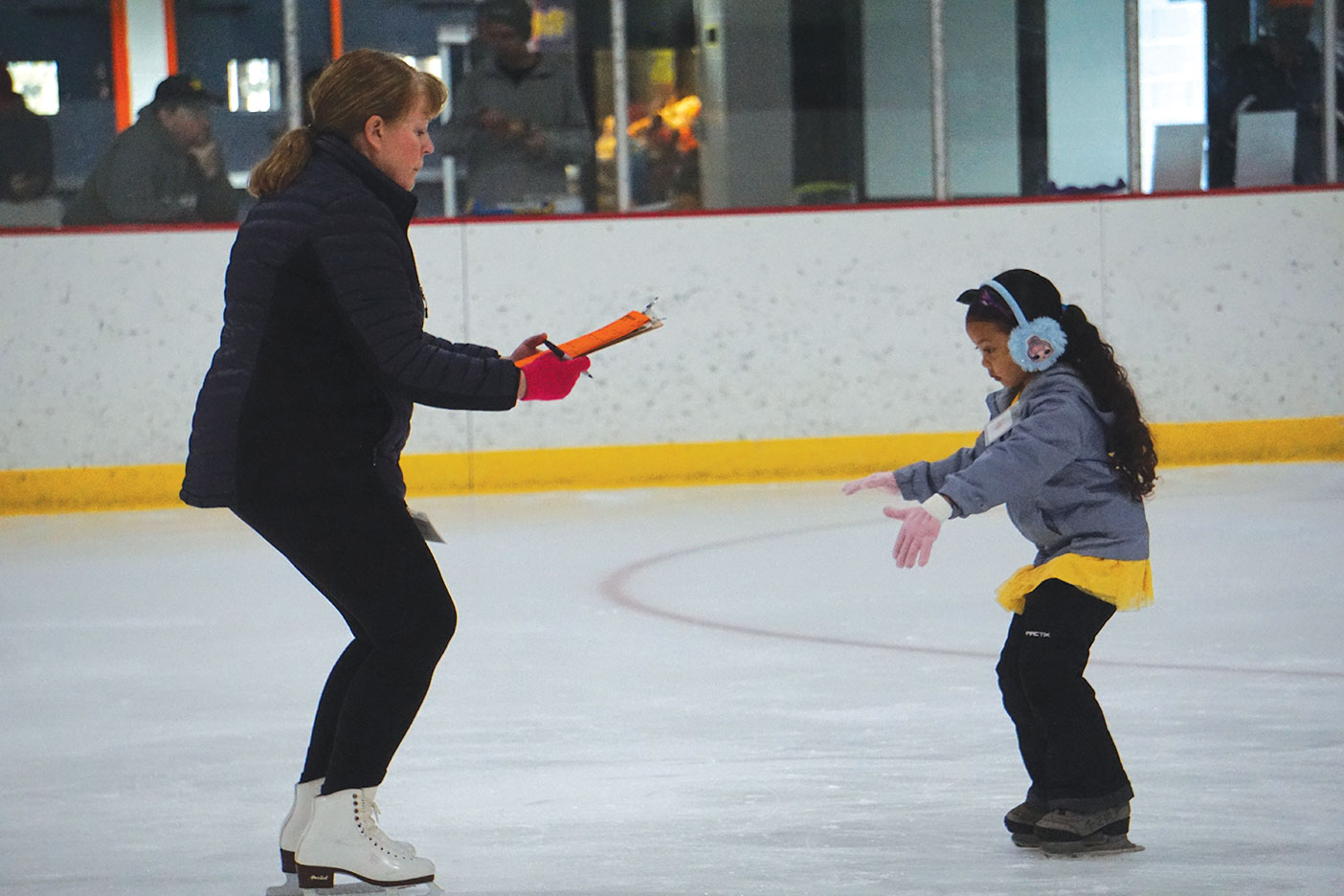 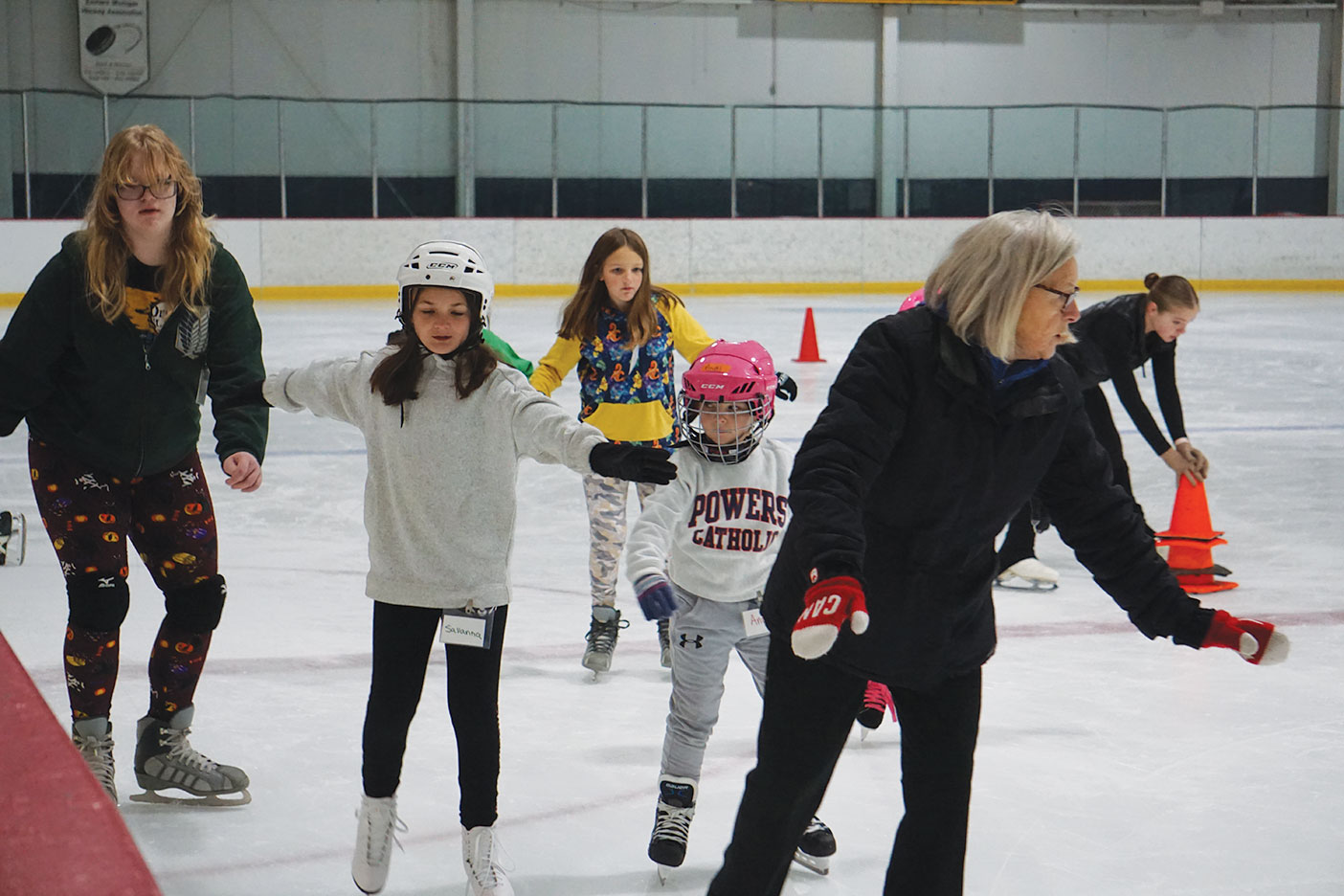 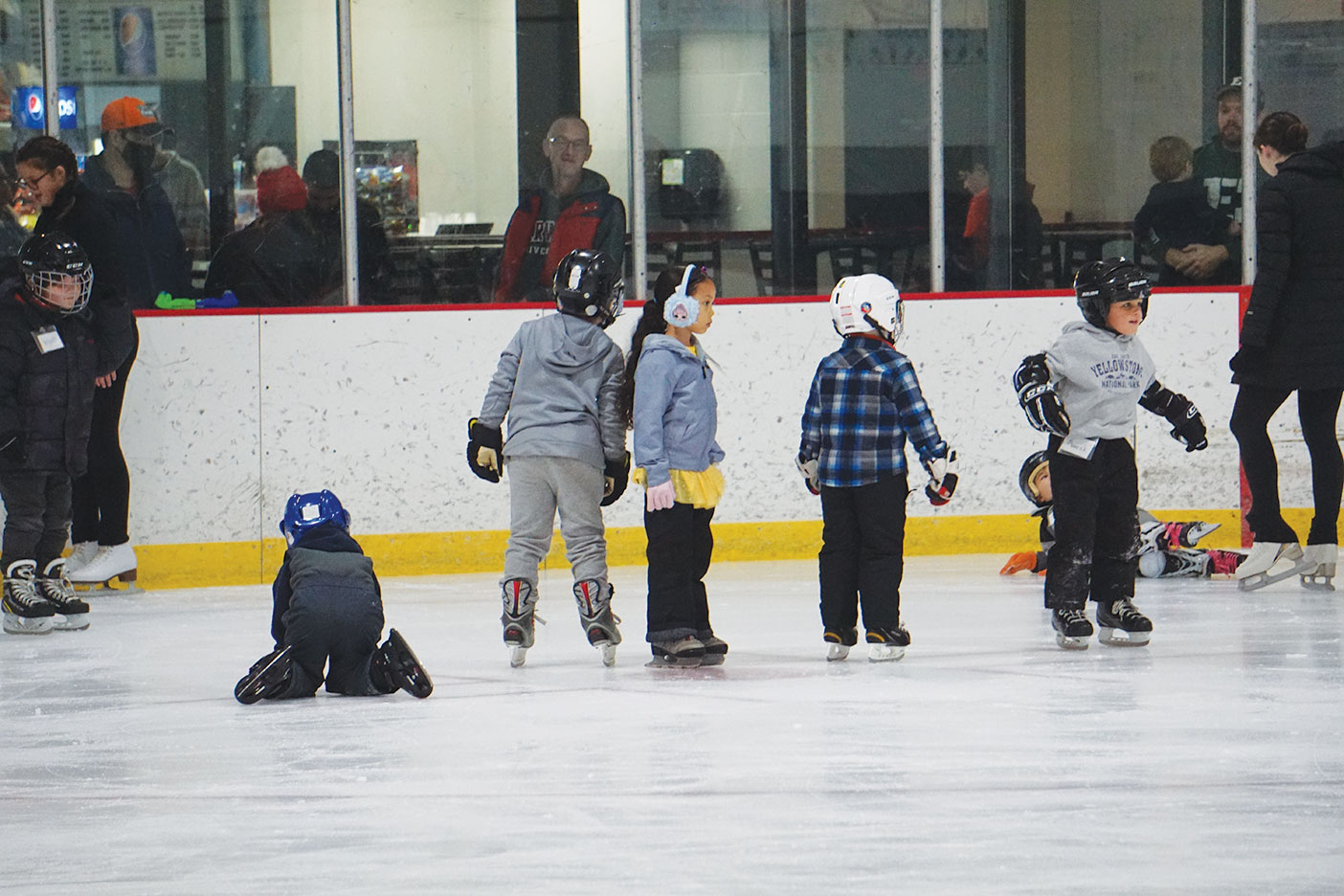 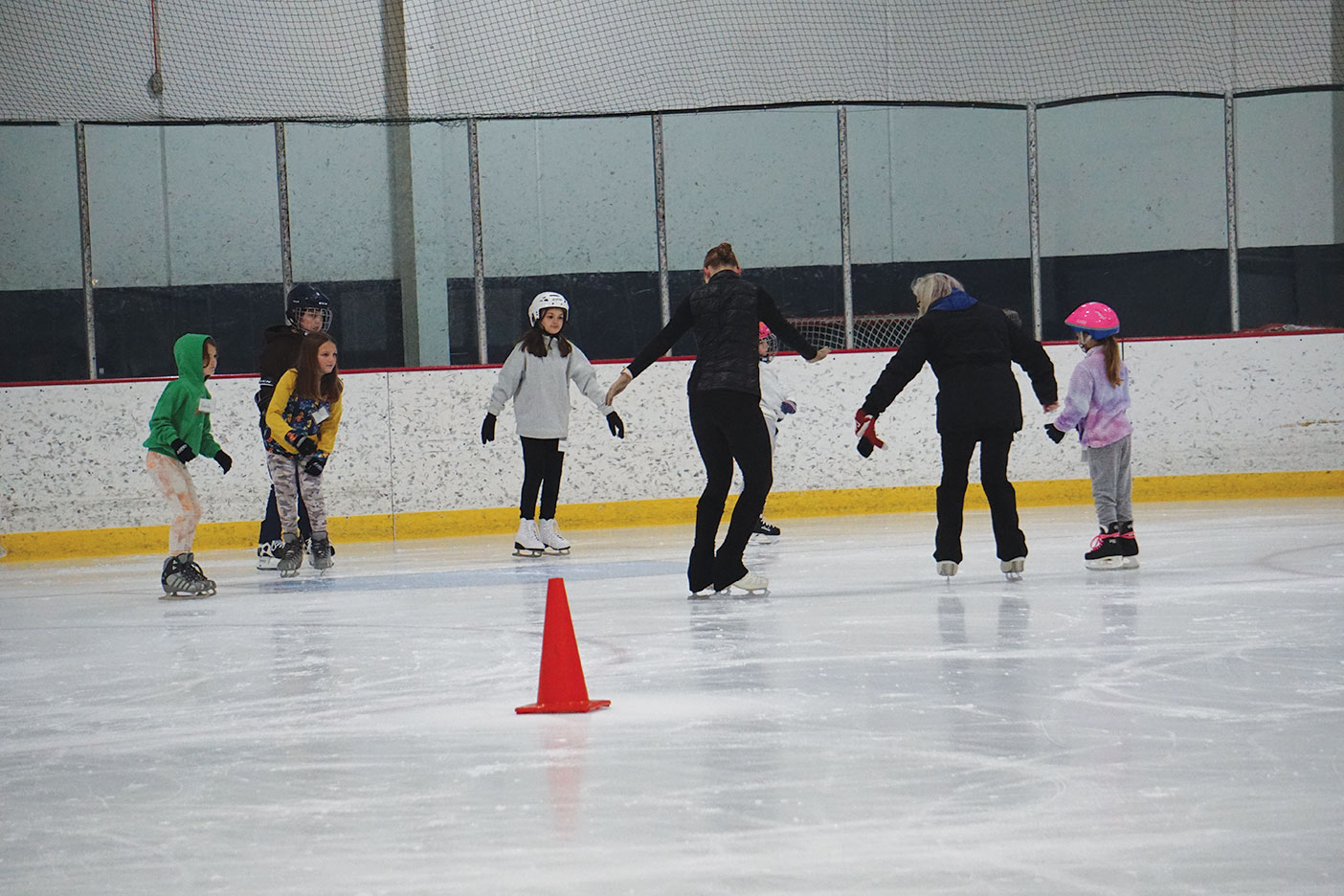 The ice time schedule for the figure skaters varies at Iceland Arena, especially during hockey season. “Spring, summer and fall are the busiest times for figure skating,” Bye notes. Board members meet every two months to discuss scheduling of the competitions, events and ice shows. “All members can apply to be involved. Selection is based on skill level,” she states.

In the past, ICEFSC has offered synchronized skating classes, and had a team that competed throughout the state. “We are looking into bringing this back once our membership increases,” she adds. “We encourage anyone young or old who has an interest in skating to come on over to Iceland Arenas or contact us to begin their skating journey!”

Jason Lyon, the General Manager of Flint Iceland Arenas, is excited to see action once again at the Arenas post-pandemic. Iceland is an entertainment and sports center that offers a variety of activities for the entire family. “The rink is primarily used for figure skating, hockey and public skating and is just one part of several diversified businesses,” he reports. “The figure skating club is just one part of it.” Iceland has had a youth hockey program for many years, as well as indoor turf fields for sports such as soccer, baseball and lacrosse.