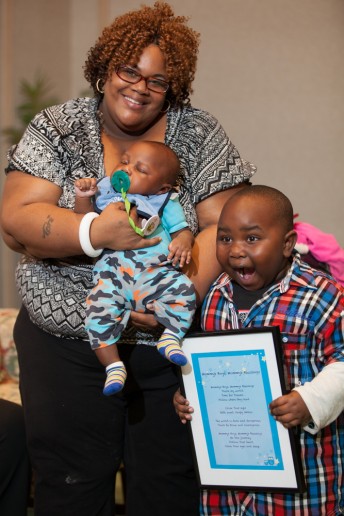 Lullabies evoke special feelings of closeness with our mothers and with our children when they were very young – or perhaps images of boughs breaking when the wind blows and cradles falling helplessly out of treetops. Similar to the entertaining nursery rhymes of Mother Goose, lullabies still have a distinctive influence on the parent-child bond.

Earlier this spring, Carnegie Hall’s Lullaby Project landed at the Flint Institute of Music and started an inspirational two-month process of reinventing and personalizing the concept of the traditional lullaby form of music. Four young women from Flint participated in the program through a partnership with FIM, the Flint School of Performing Arts, Beecher Adult & Alternative Education and Carnegie Hall. Each song was written by these young moms (and one mom-to-be) specifically for her newborn or toddler, allowing her the creative freedom to transform her feelings for her child into music with vocals, percussion and strings.

“We give each of the moms credit for writing the songs themselves,” says FSPA instructor Joe Deller, who also plays violin on one of the recordings. “All we did was help with the music and record them. I think all of the songs are unique and beautiful.”

Grant-funded by Carnegie Hall as part of its Musical Connections project and, here in Flint, supported by several individual local donors, the Lullaby Project provides pregnant women and new young mothers with the chance to compose their own lullabies and foster a deep connection with their babies. Many of the women served nationally by this project are in their teens or facing difficult challenges as young mothers; others are homeless or incarcerated. The Flint School of Performing Arts is one of 15 arts organizations in the United States invited to participate in the Project.

In March, Carnegie Hall Artist Saskia Lane visited Flint to conduct a workshop for FIM lead artists and participating educators. Last month, Carnegie Hall brought Joe Deller and FSPA Director Davin Pierson Torre to New York to wrap up the Project with meetings and to play one of the Flint lullaby recordings. The Project included creative interactions during a composition session, a professional recording session and a group-sharing session. 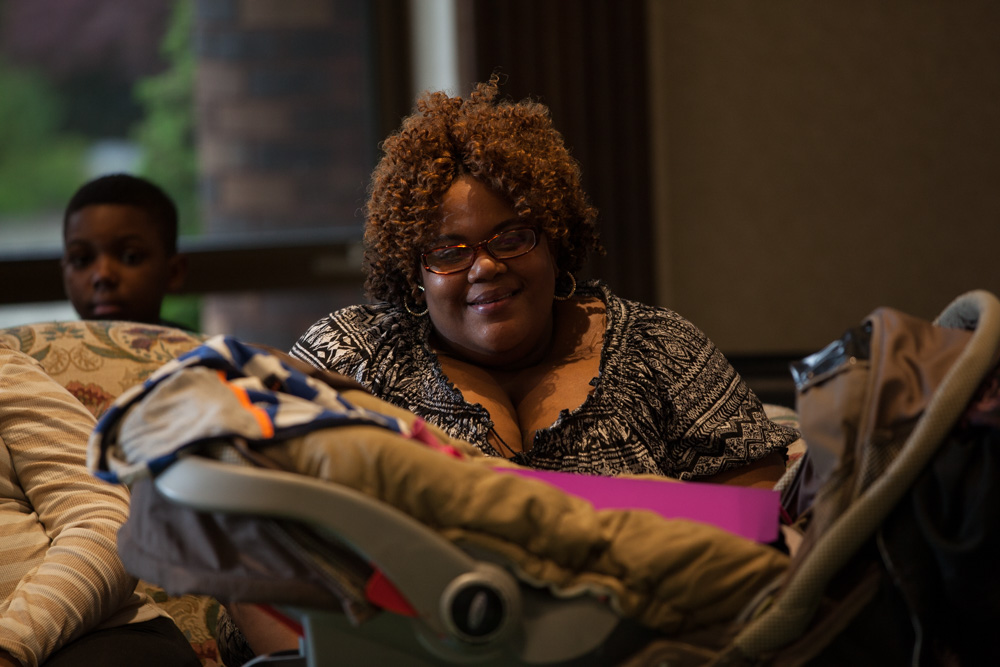 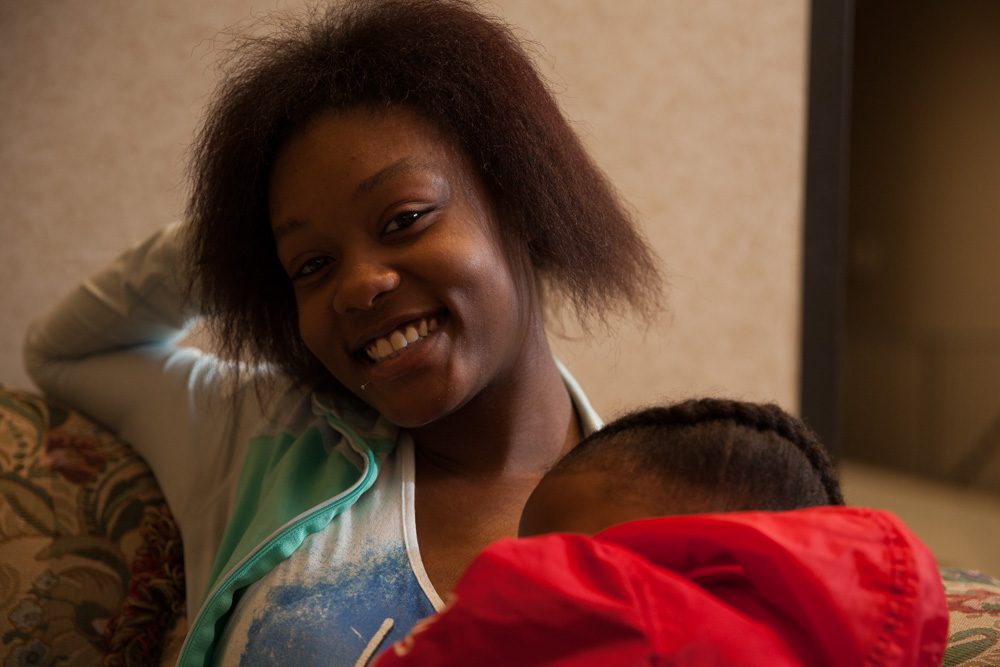 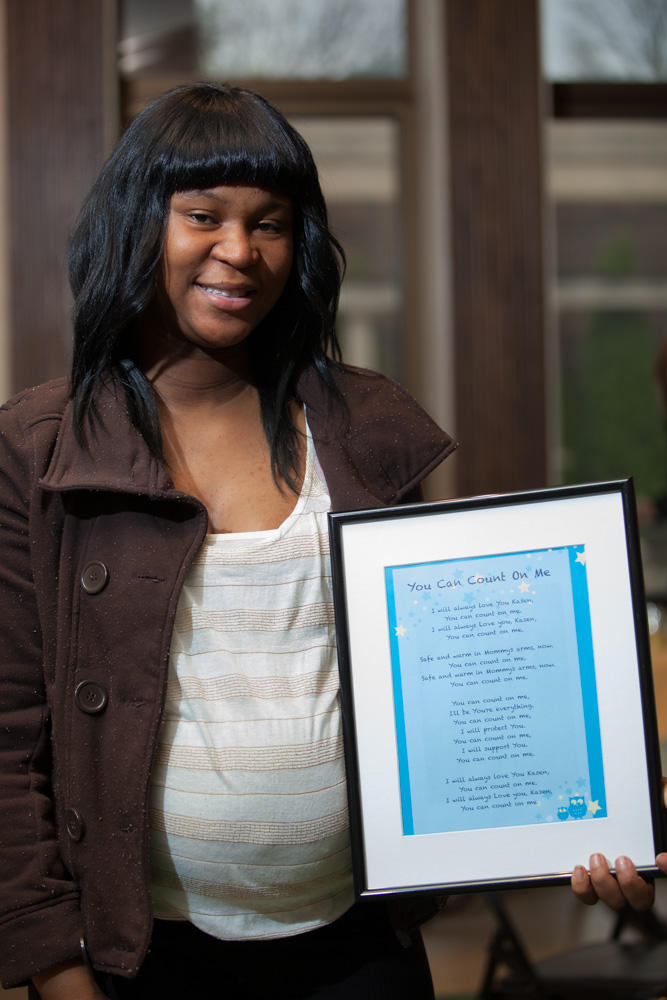 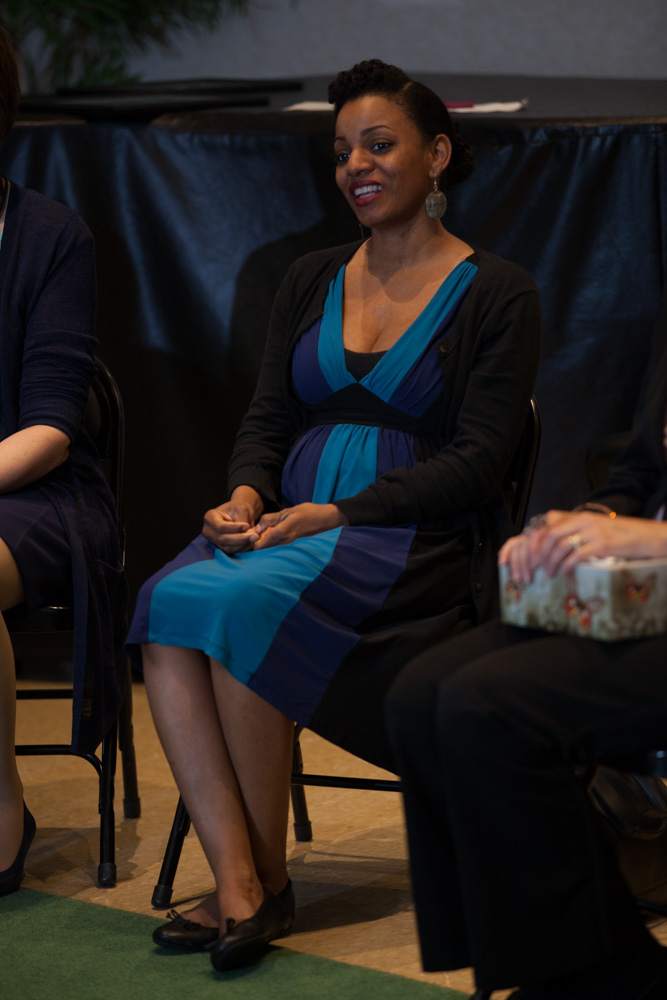 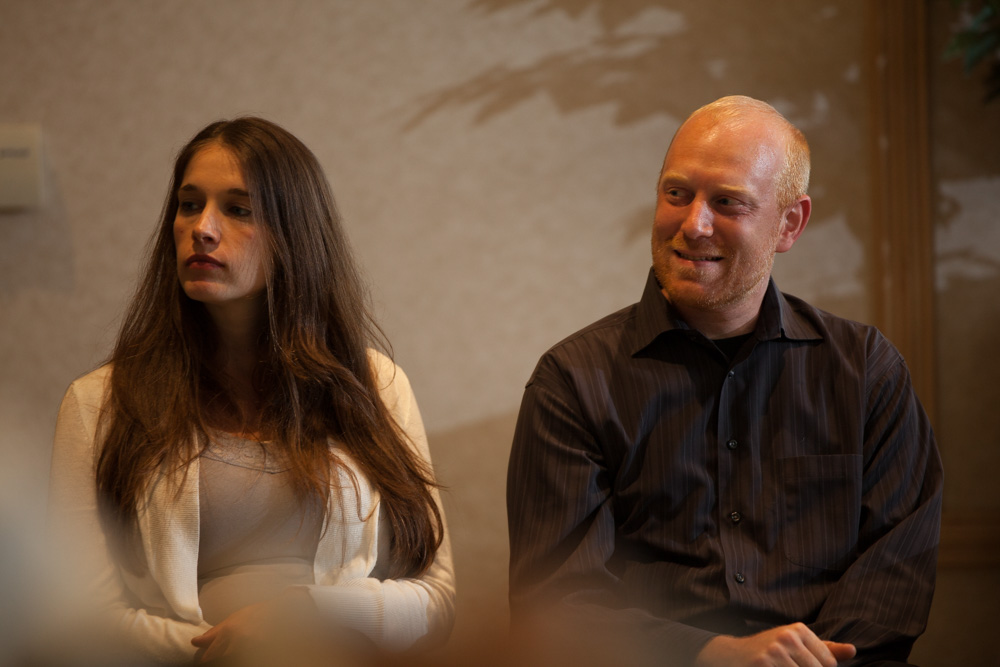 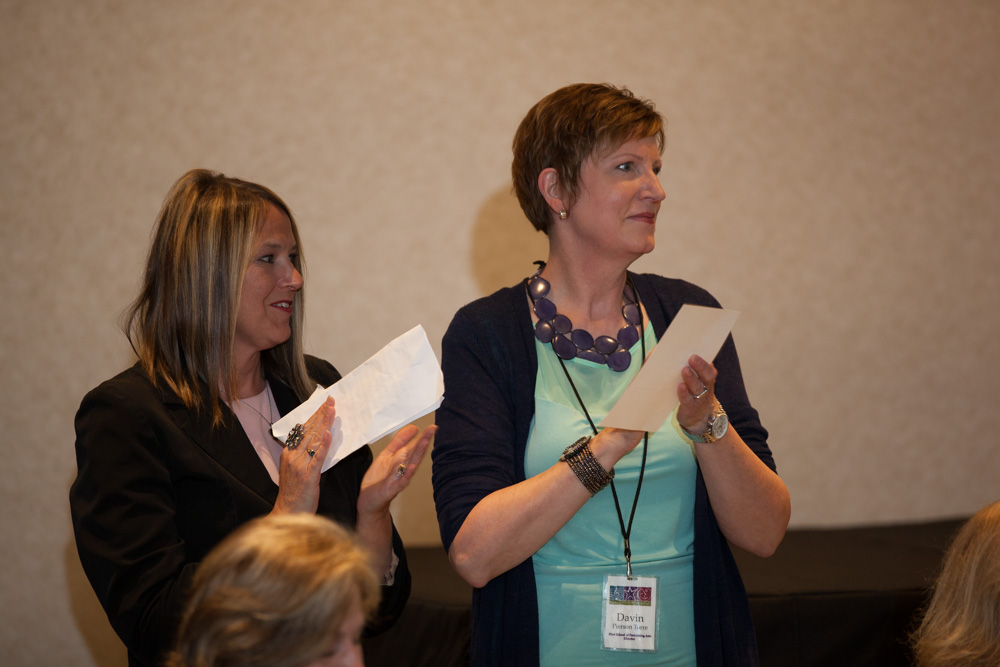 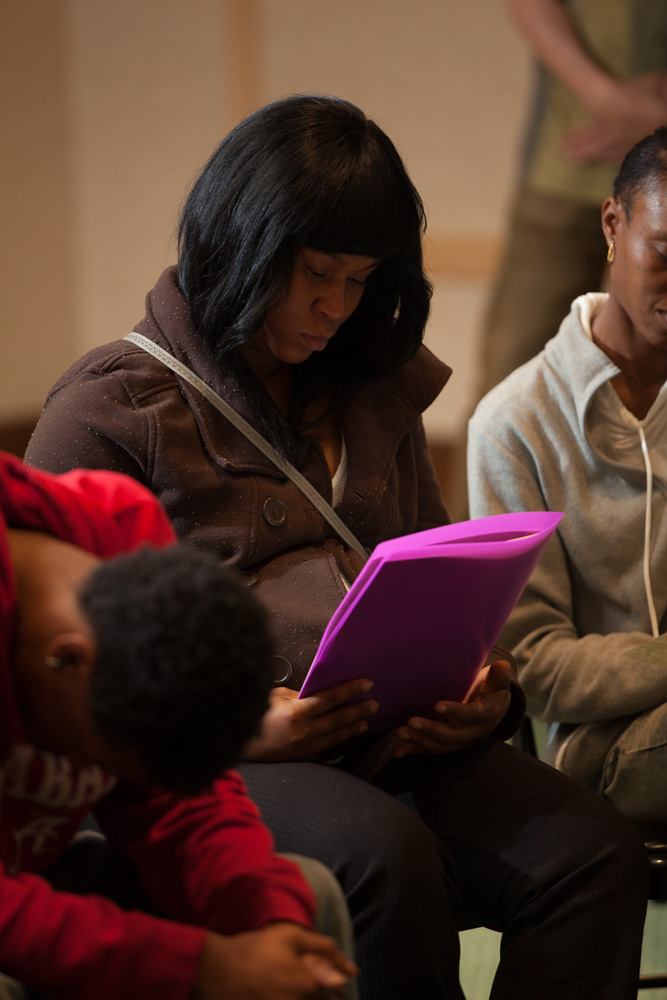 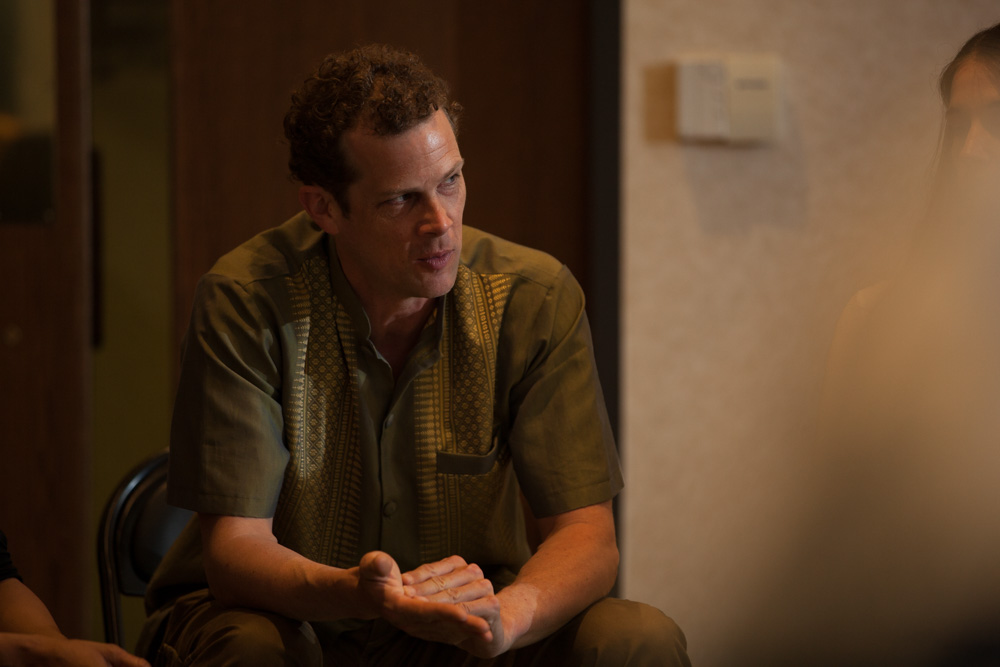 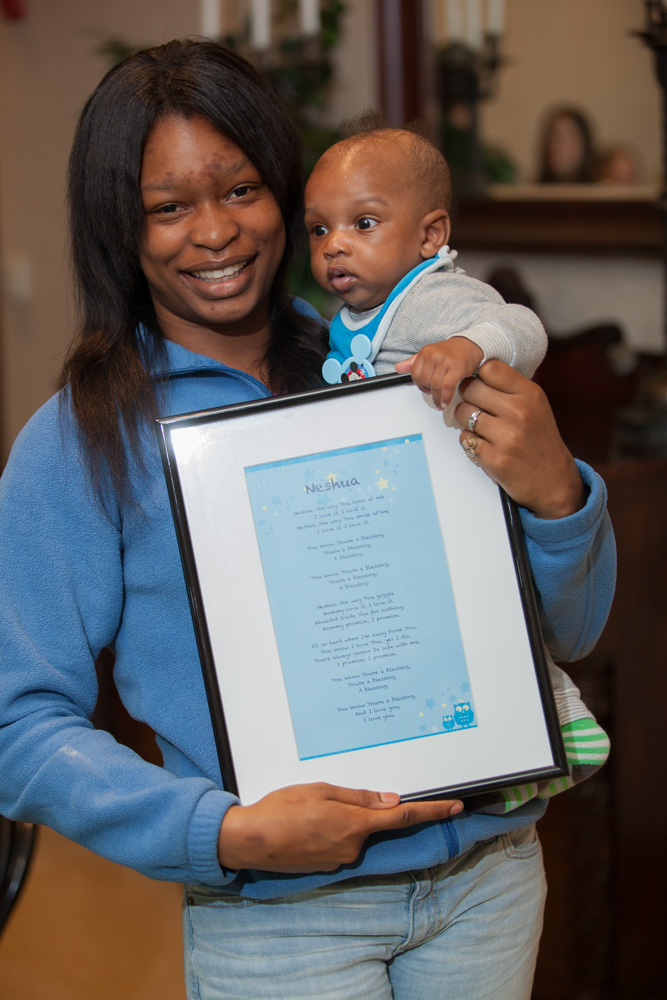 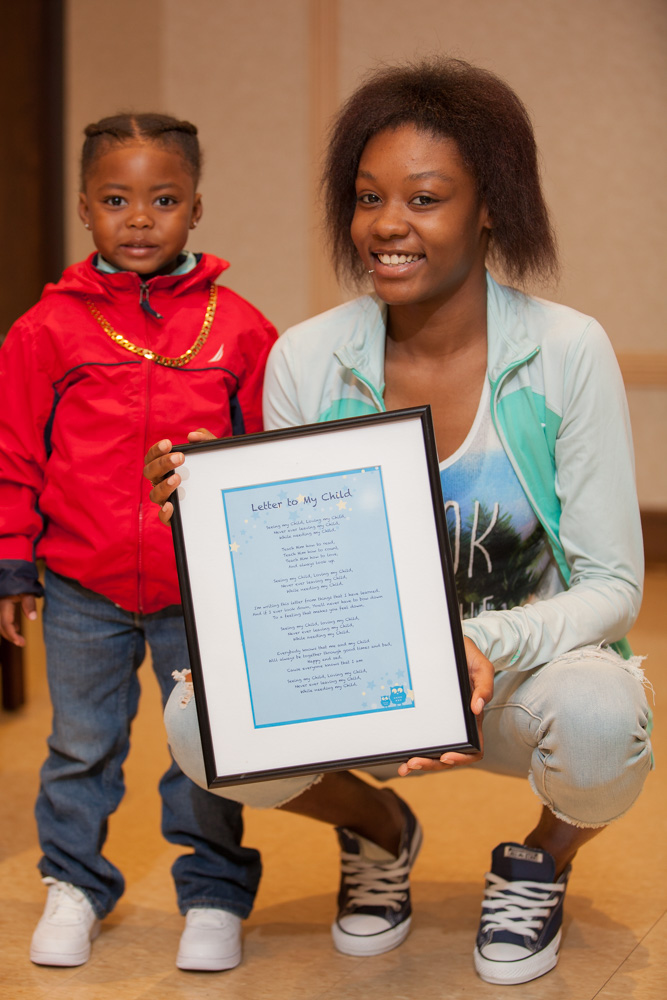 Each woman started by writing a letter to her child describing her feelings for the child – no easy task. FSPA instructors Joe Deller, Sylvia Pittman and Quincy Dobbs guided the songwriting journey as the young women revised their letters into verses, adjusted the wording for rhyme and rhythm, and communicated how they hoped the lullaby would sound, offering suggestions for instruments. After all, the intention of the Project is not just to experience the creative process but to encourage the moms to play the recorded lullabies to their babies at home – and strengthen the parental bond as the child grows. The participants openly shared their feelings and sang together. Near the end of the process, they put on headphones and provided input for the final production and mixing process, which included a brief spoken dedication from each mom at the beginning of the recording.

In May, the young mothers met for one last sharing session to hear the finished recordings of each other’s lullabies, surrounded by family members, community supporters, and FSPA faculty, including Pia Broden Williams who sang the lullabies for the recordings and Dave Schall who mixed and recorded the songs. Each mom received CDs and sheet music of her own lullaby as well as a CD of the group’s lullabies.

Janea Young, 20, enjoyed the journey of writing a lullaby for her three-year-old son Lavontae Young. She started with a rap, writing phrases about always being near her child and never leaving him, and about teaching him to love others. The song was finished with piano and soft vocals, and she loved it. “Writing it helped me to see how he is developing,” she says. “Everything that I felt about him and thought about when he was first born, I put into the song.”

Johnnisha Williams, 20, wrote a lullaby for her four-month-old son Neshua Wise. She included percussion and piano with a reggae beat. Her verses describe her baby as a blessing to her and loving that connection with him. “I never thought I could write a song,” she says. “It made us closer.” Both Johnnisha and Janea plan to receive their diploma from Beecher Alternative Ed. this month.

Lullaby themes from other Flint mothers in FIM’s Lullaby Project centered on encouraging their child to be brave in a dark and dangerous world, as well as reassuring him that he is safe and warm in her arms and that he can always count on her.

Beecher Adult & Alternative Education Principal Patricia Hillaker could hardly contain her excitement for her students who participated in the Lullaby Project. Patricia noticed that her students are more focused and more confident in themselves now. “I’m so grateful for all the donors and the FIM and Carnegie Hall!” she exclaims. “When you have innovative programs like this for students, I think it makes them want to come to school. The more partnerships that schools make, the better it is for the students. They have learned to work as a team, be cooperative and caring of each other, and gained a lot of lifelong skills.”

During the creative sessions, leaders tracked the composition process of each participant with photographs and videos, conducting interviews and gathering data, all of which were submitted to Carnegie Hall for further study. Research is being done on the impact of positive psychology on people going through challenging times, for example, looking at young women in difficult situations who achieve a goal, and then examining how the achievement affects the relationship with their children.

During the final sharing session, Joe praised the women for their courage and willingness to open up their feelings as they sat in a circle surrounded by supportive family and friends. “You’re going to help a lot of other women in similar situations,” he said. “The idea of this project is to bring other young mothers together and help them so they don’t feel alone.”