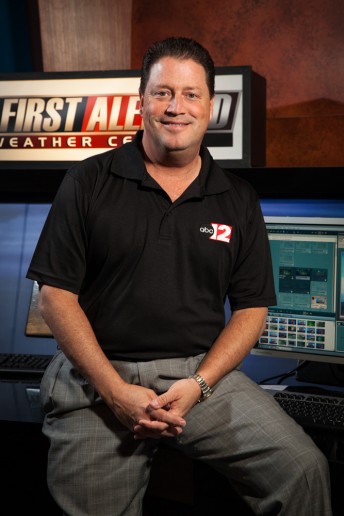 J.R. Kirtek has been forecasting the weather for mid-Michigan for 23 years. Chief Meteorologist at ABC12 News, he is the weather anchor for the 5pm, 6pm, and 11pm news broadcasts. J.R.’s day usually begins at 2pm when he arrives at the station to prepare his forecast before going on the air. His workday ends typically ends around midnight.

J.R. received his degree from the College of Engineering, Department of Atmospheric, Oceanic & Space Science at the University of Michigan, Ann Arbor. He began working at ABC12 many years ago with his dear friend and mentor, John McMurray. “John is still my mentor and one of the most hardworking individuals I have ever been around,” J.R. says. Meteorology is a cross between a science and an art, with many local influences. When he began his career at ABC12, J.R. brought with him the knowledge of new computer models. “I learned the art side of meteorology from John,” he says. “It is a continual learning process.” 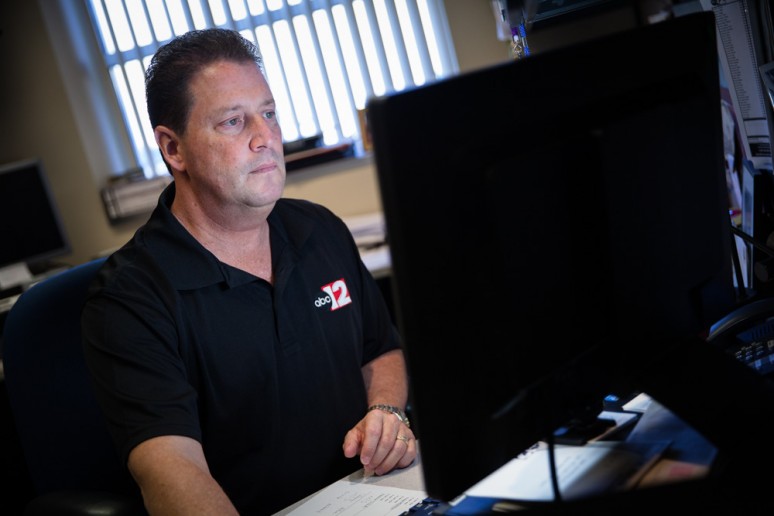 As chief meteorologist, J.R. is responsible for maintaining consistency in the weather department, and making sure the weather equipment is up-to-date. He begins his day by preparing his forecast information for the upcoming broadcasts. Every meteorologist has their own preference as to which computer model they work with. “I make my own forecast,” says J.R, which is a seven-day outlook. J.R. also prepares three forecast updates for local radio stations, as well as a report for ABC12’s WeatherNation, which is a 24-hour weather channel. He also writes a weather synopsis for the ABC12 website. Once his forecast is prepared, he uses the computer to build the graphics that are required for the weather report. 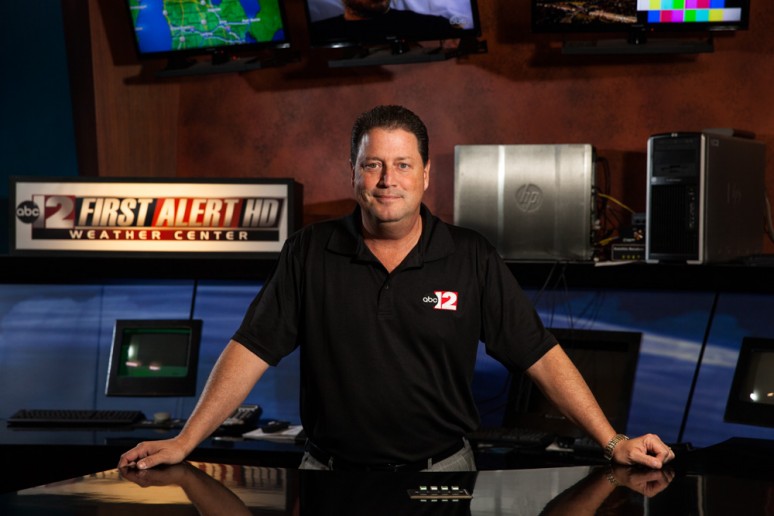 J.R. does live weather forecasts for the 5pm, 6pm and 11pm news hours, and also records a four-second weather tease for each forecast. After the 6pm broadcast, he prepares two segments for ABC12’s WeatherNation channel. Unless a major weather event occurs, things are pretty quiet for him at the station between the 6pm and 11pm news. At times, he is able to break away and attend one of his kid’s sporting events, such as his daughter’s swim meet. “My biggest regret is that with my schedule, I’ve missed a lot of what my kids do,” he says.

During major weather events, J.R. stays on-air continuously, providing minute-by-minute news coverage. He remembers when a tornado touched down near Thompson Road in Fenton Township, damaging and  destroying many homes in its path. “We were on the air when one of the guys on our floor crew was telling his family to seek shelter. The windows of his home blew out as we were speaking!” he recalls. In the last two years, extreme cold has been at the forefront of weather reports, but J.R. remembers back in the 80s when the temperature dropped to 20 degrees below zero. “Every school in the entire state was closed!” he exclaims. The big ice storm right before Christmas a few years ago also stands out. “In the 23 years that I’ve been at ABC12, I can only recall a couple of times when Ice Storm Warnings were issued,” he says. That one left the area covered in ice and devastated towns all around mid-Michigan, leaving many people without power over the holidays.

What J.R. likes most about his job is that each day brings something new. “Weather changes every day,” he says. “It keeps things interesting.” What can we expect as far as the weather this winter? J.R. says that strong El Niño activity (a band of warm ocean water) in the Pacific will impact Michigan’s weather. Many say that odds are in favor of milder temperatures; but that conflicts with what the Farmers’ Almanac predicts, he reports. Can we expect a white Christmas? Typically, when there is an El Niño event, the air is warmer and there is more moisture, and milder winters can bring more snow. “But there are always exceptions to the rule,” J.R. says with a smile. “Statistics have shown that we’ll have a white Christmas about half of the time.”

After the day’s final broadcast, J.R. heads home. And it takes a little bit of time to unwind after a day at the news station, so he doesn’t usually retire until 3am. His philosophy is, “Sleep is for wimps.” He is often seen grocery shopping in the wee hours of the morning at the local Kroger store. J.R. and his wife, Dr. Kathleen Kirtek, have five children: Tim, Katie, Andrew, David and Sarah, who is a junior at Powers Catholic High School and the last of their kids living at home. In his free time, J.R. enjoys attending Sarah’s sporting events. An avid golfer, he hits the greens at Warwick Hills in Grand Blanc whenever he can. He says he is always asked by ABC12 viewers whether his wife dresses him. “My answer is: not anymore,” he laughs. “She has trained me well enough over the last 27 years.” 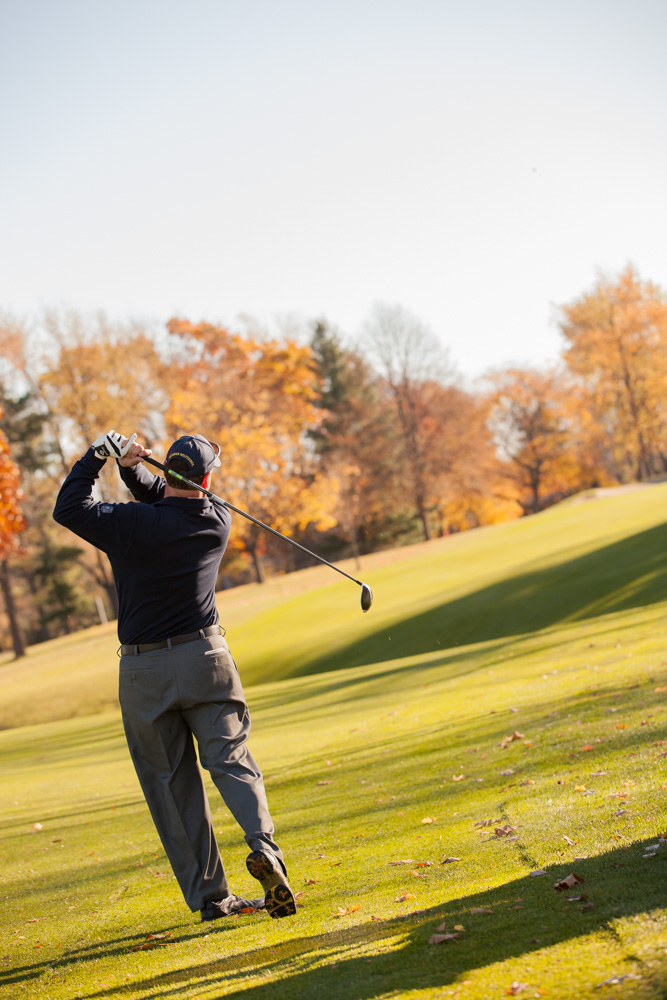 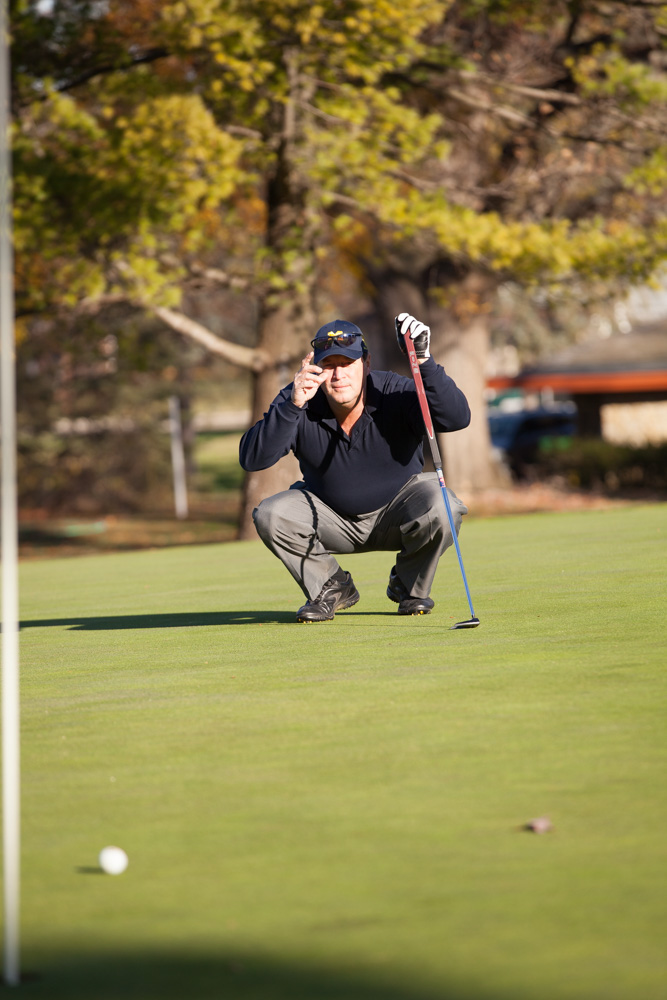 After more than two decades at his job, J.R. still loves it. He has seen three ownership changes in his time at the station, but one thing remains the same. “The quality of the people who work here is very high,” J.R. says, “and my co-workers are highly professional, really good people. I love my job because I get to forecast anything and everything. I‘ve covered it all. That’s what is so exciting and what keeps it interesting.”