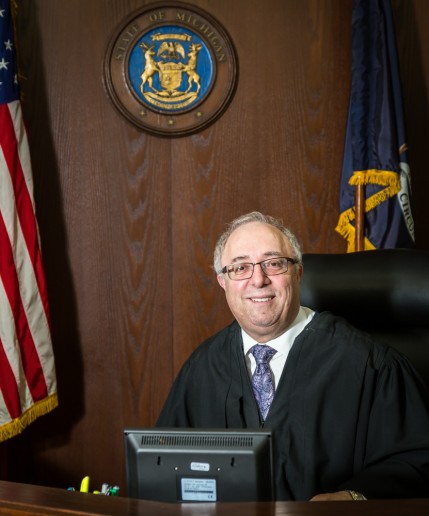 The Hon. Joseph J. Farah was appointed Genesee County Circuit Court judge by Gov. John Engler in March 1998, to replace the retiring Hon. Thomas C. Yeotis. Born and raised in Flint, Farah attended Flint schools, graduated from Michigan State University in 1975 and from Thomas M. Cooley Law School in 1979. The ambitious young man returned to Flint to work at a father-son law firm for many years. When he was appointed judge, he spent the first seven years in the Family Division. Since 2005, he has presided over proceedings in the Civil-Criminal Division.

Judge Farah’s interest in the law began at a young age. “I always watched lawyer shows on TV when I was growing up,” he remembers, “and Dad always wanted me and my siblings to become either doctors or lawyers.” His father’s wish came true: two of the judge’s siblings are lawyers and the other works in the medical field. Also, Judge Farah’s grandfather was a Supreme Court Justice in Jordan. Conversation at the Farah family dinner table was typically lively, with a lot of discussion and debate about politics.

As far as a typical day at work for the judge, there isn’t one. “It depends on what day it is,” he says. But, no matter the day of the week, it’s always a busy one for Judge Farah. 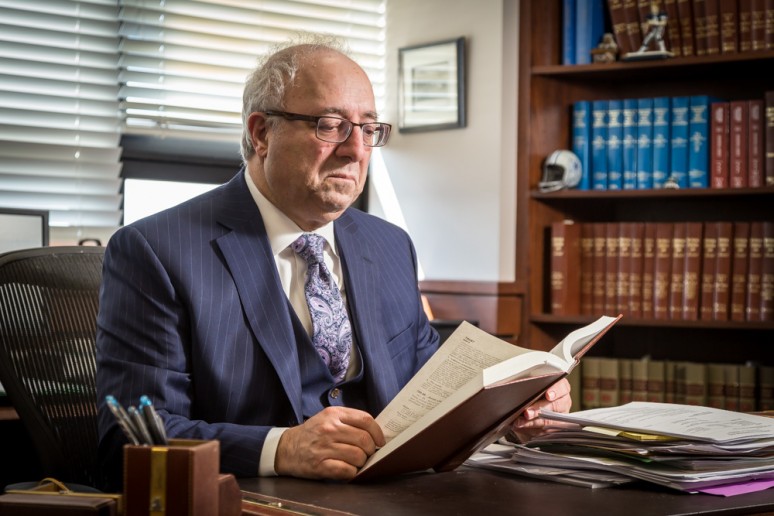 He usually arrives at the court house between 8:30 and 9am. Monday is Motion Day, and he hears as many as 40 cases. He reads and analyzes each motion that was filed, holds the hearing and makes a decision. “They don’t take a long time, but there are a lot of them,” he reports. Tuesday is Sentencing Day, and the mornings are spent in settlement conferences and pre-trial hearings. According to the judge, 97 percent of criminal cases and 98 percent of the civil cases are resolved without a trial. “We don’t try as many cases as the public may think,” he says, adding that trials are very costly for the litigants and the lawyers, as well as for the county. 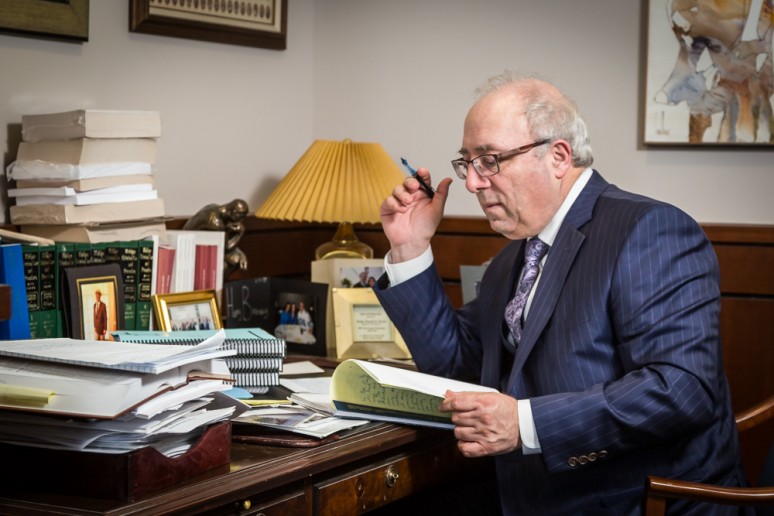 Judge Farah takes a break for lunch, which is usually eaten at his desk. On the day of MCM’s visit, however, he was approached at a local restaurant by a man he had sentenced. “He shook my hand and said that he was doing really well,” the judge says. “I find that rewarding – fashioning a sentence for a young person that ultimately does them some good.” 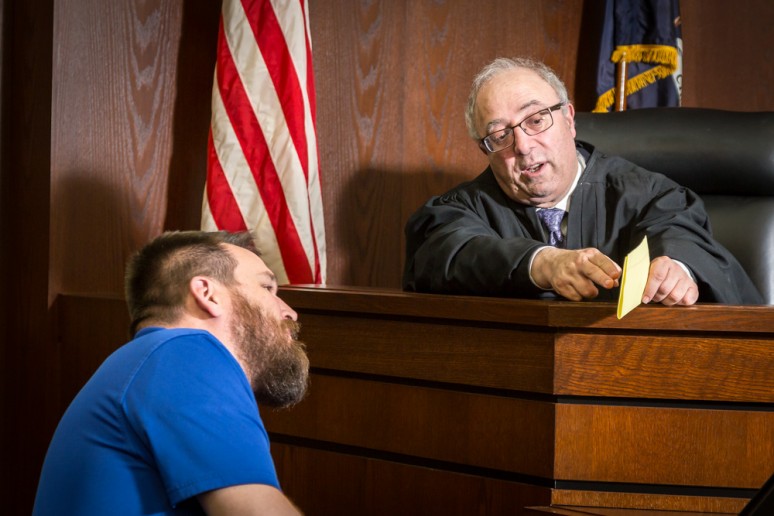 On Sentencing Day afternoons, the judge usually handles about 12-16 matters. He continues to hear cases throughout the afternoon on a staggered schedule – 1:30, 2, 3 and 4pm. “It usually winds down at 4:30pm.” Trials are held on Wednesday, Thursday and Friday. “Our trials are not short,” he explains, adding that they can last anywhere from three days to several weeks. The goal is to resolve a case without the need for a trial. “The system is built around resolution,” he says. And there are several ways to accomplish that: case evaluation, arbitration and mediation. People take a risk by going to a jury trial, he points out. “They are handing strangers the keys to their future.” In the 12 years that he has been on the criminal bench, Judge Farah has handled almost 5,000 felony cases. 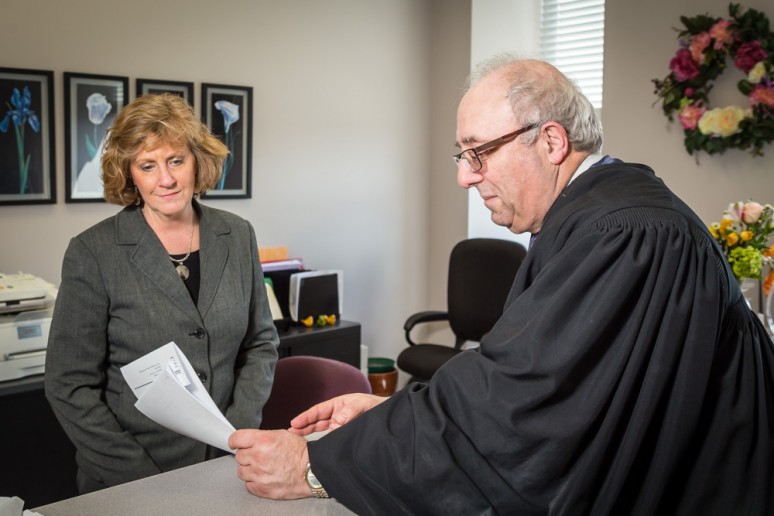 The judge uses this time for research, reviewing pre-sentence reports and writing opinions. Since no time is set aside in his schedule for this, he seldom leaves his office before 5pm and will often work well past that and on weekends, as well. “This is the price to pay for wanting to do a good job,” he says, “and my definition of doing a good job is being prepared for the courtroom and trying to make well-thought-out decisions.”

What does Judge Farah like best about his chosen field? “It’s a great job and I like it a lot; but there are parts I like more than others,” he shares. “What I find most gratifying is that I’m able to work at a measured pace that achieves the appropriate outcome.” The worst part, he says, is the sheer volume of work to be done. Genesee County is short one judge, which makes quite an impact on the workload. And, he would like to speed up the process. “Part of the job is docket management,” he explains, “not deciding, just managing and waiting for resolution.” 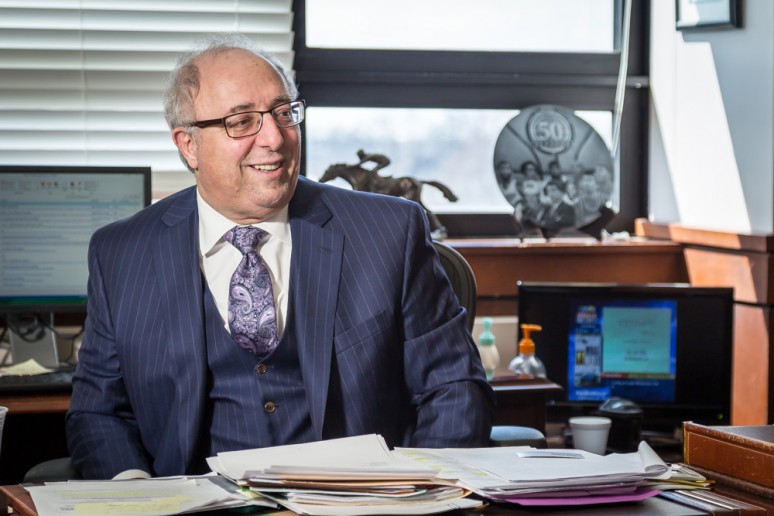 It is important to Judge Farah to be fully prepared when he enters the courtroom. “I read everything, I read it all,” he admits. While some judges choose to just hear the case, he says he doesn’t work that way. And what he really enjoys is reading and analyzing briefs and writing opinions. “I find the cerebral challenge far more rewarding.”

Judge Farah has been recognized for his strong work ethic. He was chosen Trial Judge of the Year in 2015 by the Michigan Defense Trial Counsel, was recently recognized by Michigan Lawyers Weekly as a Leader in the Law, and will be recognized in August by the Negligence Law Section. 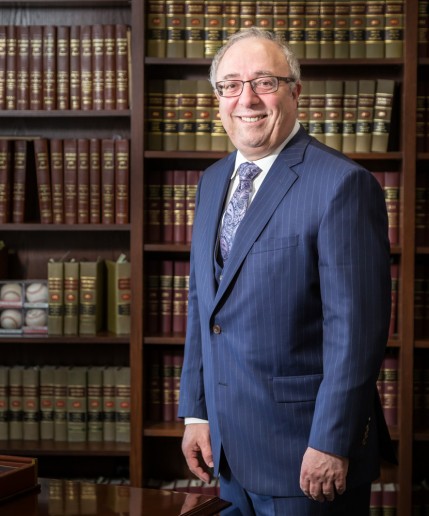 The busy judge says he doesn’t have a lot of downtime, but he loves attending sporting and cultural events. He attends a lot of local events and is a member of the West Flint Optimist Club, the Michigan Judges Association, the Board of Law Examiners which oversee the bar exam, and a Metro Community Development board member. He teaches a weekly class at Cooley Law School, as well. “I love being busy,” he says with a smile. He enjoys spending time with his longtime companion, Andrea Legendre. “She is my motivation and my partner,” he shares. “She and her daughter are my source of support, pride and happiness.”

One of the best moments of his life, however, was when he was appointed Circuit Court judge. “I knew that I wanted to be a judge when I would listen to other lawyers in the courtroom and imagine myself resolving their cases. I knew I wanted to be the decision-maker. Other lawyers would seek my opinion. I knew it was time.” 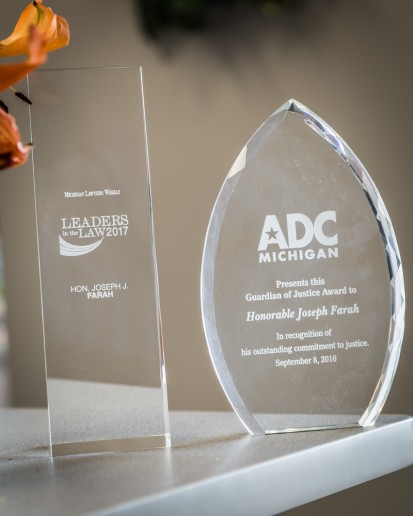 Judge Farah was recently recognized for outstanding contributions to the practice of law in Michigan and his Leadership in improving the State’s justice system.