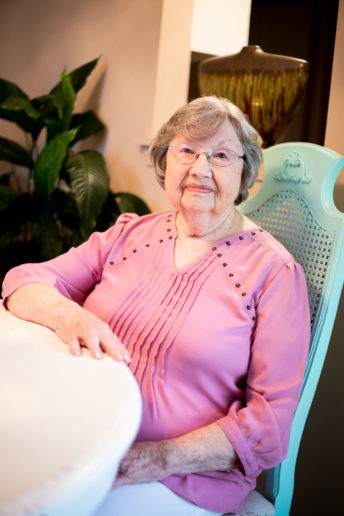 Flint native, Arlene Curns, remembers when gasoline was 10 cents a gallon and ice was delivered to homes by a horse-drawn cart. At 14 years old, she earned 35 cents an hour at her very first job as an usherette at the Palace Theater. Her husband, Jack, was a car salesman at Applegate Chevrolet, and her fondest memory is of her mother rolling out dough for homemade noodles to stretch a meal during The Great Depression. You can read about this and much more in Arlene’s recently released book “Homemade Noodles & Cars,” which is a story about her family, from the life of her grandparents to present day. Arlene sat down to chat about her book with My City Magazine at the Flushing home of her daughter, Barbara.

Currently living in Houghton, MI, Arlene was born in Saginaw and moved to Flint with her parents at the age of three. She attended various Flint schools and graduated from Northern High. She met her husband, Jack, after he returned from serving in the Navy during World War II. They married in 1947 and had four children in four years: Carol, Barbara, Ron and Jerry. Her story chronicles their life, which is filled with much joy and some sorrow, with many interesting twists and turns along the way.

The spry and healthy 92-year-old never had any intention of writing a book. “I started out writing posts about my life on Facebook pages, You know you’re from Flint and Flint Strong,” she shares. “I got 1,169 replies and likes, and many people said I should put my stories in a book.” So, she decided to start writing, using information from a family genealogy book and journals she had kept over the years chronicling, “My Ordinary Days.” She had also inherited a metal bread box filled with vintage family photos. 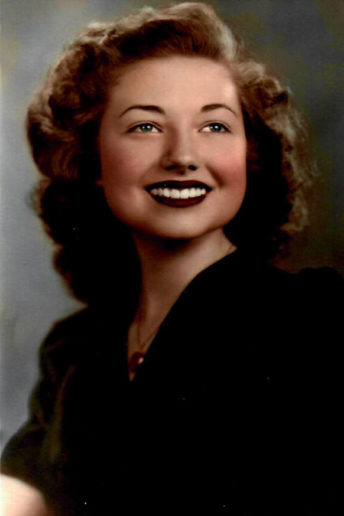 After two years of hard work, she submitted her manuscript to Christian Faith Publishing. “Three judges read it and they voted to publish it!” Arlene exclaimed. The book was released in May and a book-signing was held at Totem Books in June. “I’ve had a lot of people tell me they are buying it!” she exclaims.

The success of the book hinges on the fact that Arlene and Jack had a very interesting life. “We owned a car that belonged to Mrs. Sloan,” she remembers, “a 1965 Buick Electra.” She tells tales of chance meetings with some famous people, including President Franklin Delano Roosevelt, Betty Grable, Bob Hope and George Jones.

Why is the book titled Homemade Noodles and Cars? “Those are the two threads that run through our family,” Arlene explains. Cars had been the center of the couple’s life, with Jack’s love for cars and years of selling them. “He got his first car when he was 14 – a 1931 Model A Ford Roadster – for $12.” The recipe for noodles that Arlene loved to watch her mother make has been handed down to each generation and there isn’t a family get-together without them on the table. The noodles are simple, just eggs, flour, salt and water, which are then made into a hearty soup with rich chicken broth or short ribs. 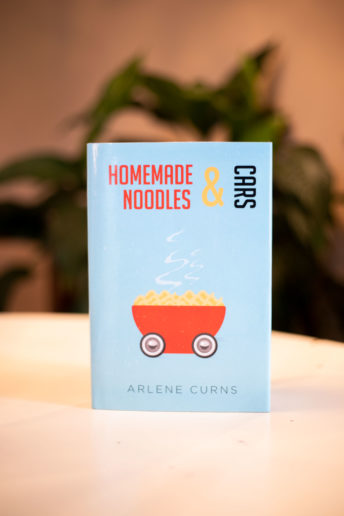 “I think it is a great accomplishment for someone her age,” says her daughter, Barbara. “She is just the best person I have ever known.” Carol, the oldest daughter, says, “She was a stay-at-home mom while we were growing up, always compassionate and encouraging. The entire family is so proud that she wrote the book.”

In her book, Arlene shares how she accepted Jesus as her Lord and Savior at age 49, and how it impacted her life. “I still can’t believe it,” she shares. “It’s all from the Lord. He taught me to write this.”

Arlene’s beloved Jack passed away in 2008 and she misses him greatly. In her book, she wrote: “Ah, I miss you so. Some nights when the mist of sleep overtakes me, my beloved will come for me. ‘Well, look at you,’ I’ll say. ‘You look as handsome as you did all those years ago when you wanted to take me for a ride in your Model A. Dressed in all white. You look wonderful, Honey.’ And he will say, ‘You look beautiful, Sweetheart. Just like you did on our wedding day.’ He will offer his hand and whisper in my ear. ‘Come dance with me.’” 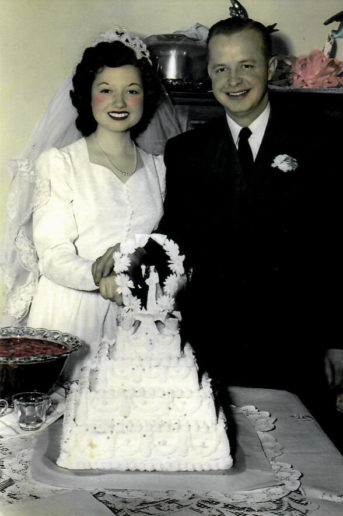 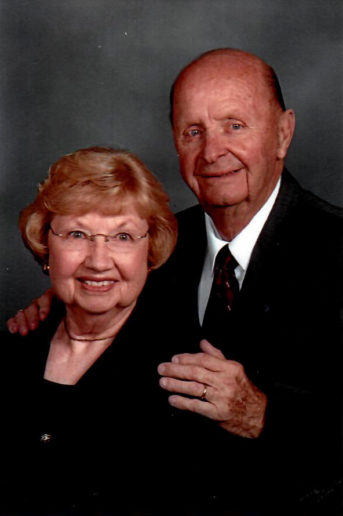 Steak and Eggs for the President 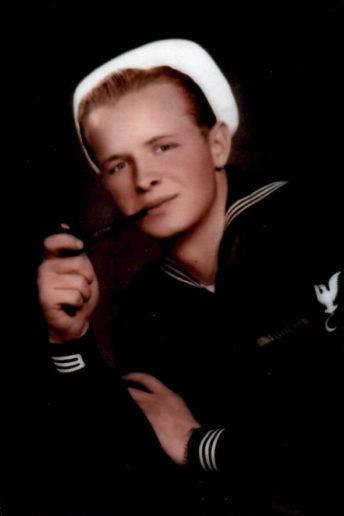 Jack in the Navy

“While they were in port at Norfolk, Jack had an incredibly memorable experience. He and his buddies were ashore and came back to the ship pretty late. They were hungry, so they went to the galley. Jack fixed steak, eggs and hash-browned potatoes for the gang. They were sitting on wood milk crates eating when they heard a strange noise and a shuffling sound. Suddenly, the hatch flew open, and a marine shouted ‘Attention!’ They jumped to their feet so fast they almost knocked over the crates. Then, the President walked through the door. President Roosevelt said that he had smelled the aroma of the food drifting into his bedroom and it made him hungry. He wanted to join them, so Jack had the honor of preparing steak, eggs and hash-browned potatoes for the President of the United States. The President kidded around with the guys, telling them not to tell Eleanor, because she wouldn’t want him to eat like that at such a late hour.” 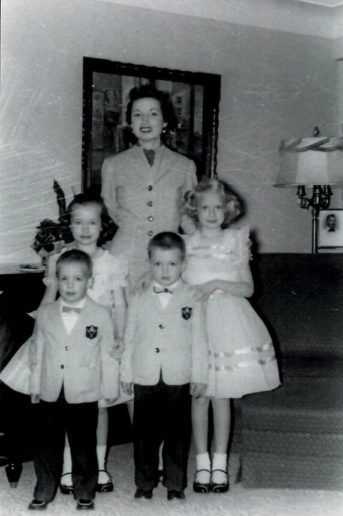 “A terrible tornado struck Flint on June 8, 1953. It was a warm, humid day. The girls had dashed off to play and I was pulling the boys, who were one and two, down the street in their little red wagon. I noticed that everything was very still, quiet, almost like a vacuum. The atmosphere seemed to suddenly turn an eerie yellow. It was oddly frightening. I called for the girls to come, and we hurried home. When we reached the house, our phone was ringing. It was my brother Don. ‘Did you get hit?’ he shouted. ‘You just got missed then. Huge tornado just went down Coldwater Road. Took out a lot of houses.’ I could hear the ambulances screaming past the corner near our home. Jack called to make sure we were all right and to tell me he wouldn’t be home from work. The devastation was so immense that the police had asked the employees at Applegate Chevrolet to drive station wagons, trucks or anything they could to the scene, to pick up the dead and injured and transport them to the Flint hospitals. They worked throughout the night. It was like a war zone.”