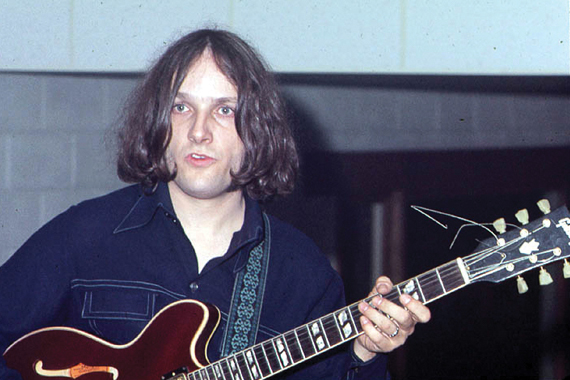 In the mid-60s, Mt. Holly had become a popular ski area located just south of Flint on the Dixie. It featured a large lodge, which had remained unused during the off-season. The building had just been sitting there from April through October until my friend and WTAC program director, Bob Dell, decided it might be the perfect venue for record hops. He had no idea that single notion would explode WTAC and Mt. Holly to unexpected heights.

WTAC provided free broadcast announcements for all jock-related functions on the “WTAC DJ Datebook.” A few live plugs for a given event were absolutely no sweat.

In addition to shipment after shipment of promotional records piling up in the music library, promo guys lined up outside Bob’s door each day with hats and hits in hand. They were glad to arrange live appearances by various artists for exposure purposes, regardless of whether or not airplay was given. The consideration factor was enough.

WTAC’s listing of a song provided enormous leverage that could be used in obtaining potential chart action on Detroit stations. As a consequence, the facility enjoyed unusual industry influence and prestige far beyond the already valuable significance of station listenership.

On a Friday night in late March of 1966, the first Mt. Holly experiment featuring Bob Dell with recorded music and several local Flint bands of marginal consequence drew 400 attendees who paid a one-dollar admission. This was regarded as promising. The next Friday night drew 750. By the end of the first month, as Dell added a few minor recording acts and talent from Ann Arbor’s University of Michigan scene, average turnout increased to 1,000.

Nothing begets success like success. Bob’s phone at WTAC started ringing off the wall with calls from musicians, managers, bookers, promoters and other kindred spirits. In addition to the enviable distinction Bob enjoyed as WTAC program director and arbiter of music broadcast over Michigan’s most important radio station outside Detroit, he now personally controlled the hottest live rock showplace in the state – including Detroit.

Mt. Holly was ten minutes south of Flint, 35 minutes northeast of Ann Arbor and only 50 minutes north of the Motor City. It was accessible to over a quarter-million emerging Baby Boomers in Southeast Michigan by foot, car or thumb. As the summer months arrived, Bob added Saturday nights and then Wednesdays to the Mt. Holly schedule as the beat went on. The moment was seized.

Record-playing was reduced to only a few minutes fill between live acts. The only challenge became selecting three or four groups a night from dozens available, simultaneously maintaining strong relationships with the more important labels and agents.

It was to the Mt. Holly stage that 16-year-old Bob Seger brought his “Last Herd.” Detroiter Ted Nugent grew long hair and named his group “The Amboy Dukes.” Local Flint guitarist Mark Farner and drummer Donnie Brewer came together many a night at Mt. Holly in various temporary units, having recently left “The Pack” when lead singer and former WTAC DJ, Terry Knight, headed for New York to seek stardom. An Ann Arbor booking agent named Jeep Holland saw his “Rationals” and “SRC” make their Mt. Holly debut. Dick Wagner and “The Frost” drove down from Saginaw and “The Woolies” pulled in from East Lansing for Mt. Holly sets.

An astounding breakthrough for Michigan talent came in the form of several Mexican-American musicians from Saginaw who had played Mt. Holly a few times and had recorded, under extremely limited technical conditions, a simple song. The studio session, if such an expression can even apply, was given to Bob on tape. He found the piece curious enough to air it occasionally in conjunction with another appearance by the band at Mt. Holly. They always appeared on the outside patio. The lead singer was this weird little dude with sunglasses who insisted he came from Mars. Why take a chance with a main stage shot?

The request calls started pouring into WTAC. Bob and I first suspected band members and assorted friends and neighbors of the group were jamming lines. But experience gives one a feel for such contrivances. It soon became certain that this tune had that ever elusive “who-knows-what?” quality.

By summer’s end, “96 Tears” by Question Mark & The Mysterians was No. 1 almost everywhere in the world. It sold 2.5 million copies.

As summer ’67 neared, release of the much-heralded new Beatles effort was scheduled for June 1.

On Monday of Memorial Day weekend, I waited for two hours at the Greyhound bus terminal in downtown Flint for a package to arrive routed directly from Capitol Records in New York. The bus pulled in at 6:45. Minutes later, I was back in our WTAC studios in Grand Blanc with an advance copy of “Sgt. Pepper’s Lonely Hearts Club Band.”

It was all I played that night for five solid hours.

Phones exploded and Detroit stations screamed. We were breaking the album a bit ahead of schedule.

You could hear the album over, and over, and over again and still pick up things you’d missed the first few dozen times. Each side was seamlessly presented. In the final analysis, “Sgt. Pepper” remains a continuous stream of words, thoughts, ideas, images, dreams and schemes – all impeccably produced and musically magnificent – a flawless masterpiece. We knew this at once without the slightest question. And it was the Beatles!

Only the Beatles could command such an unparalleled amount of concurrent artistic respect, admiration and cooperation – regarded with awe to a degree previously unknown in the new era of global communication. Even Elvis had needed writers. Of even more importance was the undeniable fact that they were true innovators and originators and had suddenly elevated Rock & Roll music to a wondrously unanticipated level.

And it had come to Flint as a brown paper package in the belly of a Greyhound bus.

Stay tuned for the next issue: