There’s something sweet happening at Almar Orchard in Flushing. The 150-year-old apple orchard is expanding its production of J.K. Scrumpy, a hard cider beverage that has become extremely popular all around the world. The story of this scrumpy is one of family tradition, hard work and foresight.

It all began with current owner Jim Koan’s grandfather, Albert Koan, Sr., a fruit farmer who supplied neighboring towns and cities all his farming life. His son, Albert, Jr. continued that service, focusing on apples after buying Almar Orchard in 1948. When the family’s 15-acre orchard came to Jim in 1978, he made big plans. Jim said to himself, If I work longer and harder and read and learn everything I can, if live frugally and put money back in the farm, I can come out on top. His goal was to be the biggest apple grower in Genesee County. Today, 36 years later, the orchard has expanded to ten times its original size, the largest in the County. 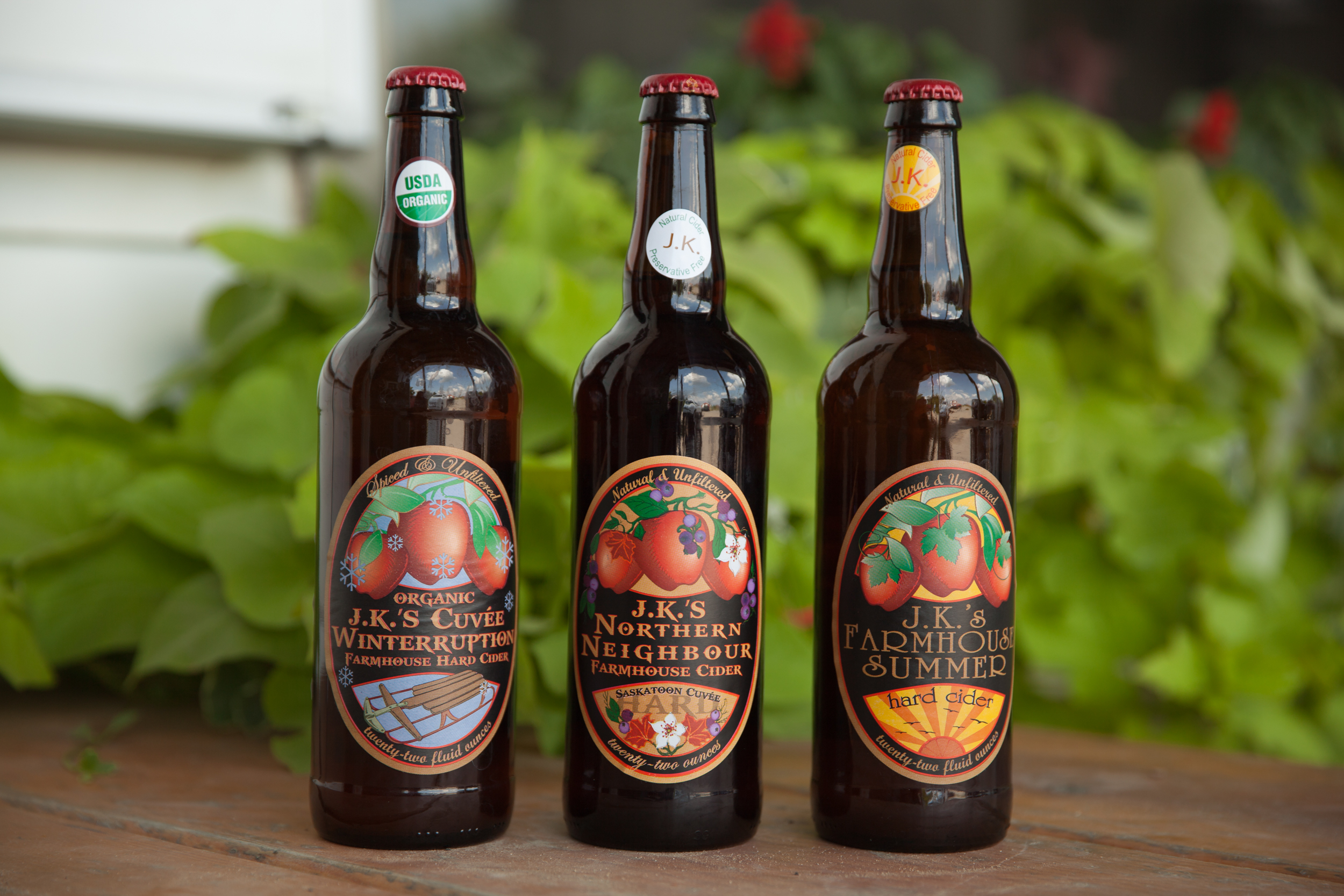 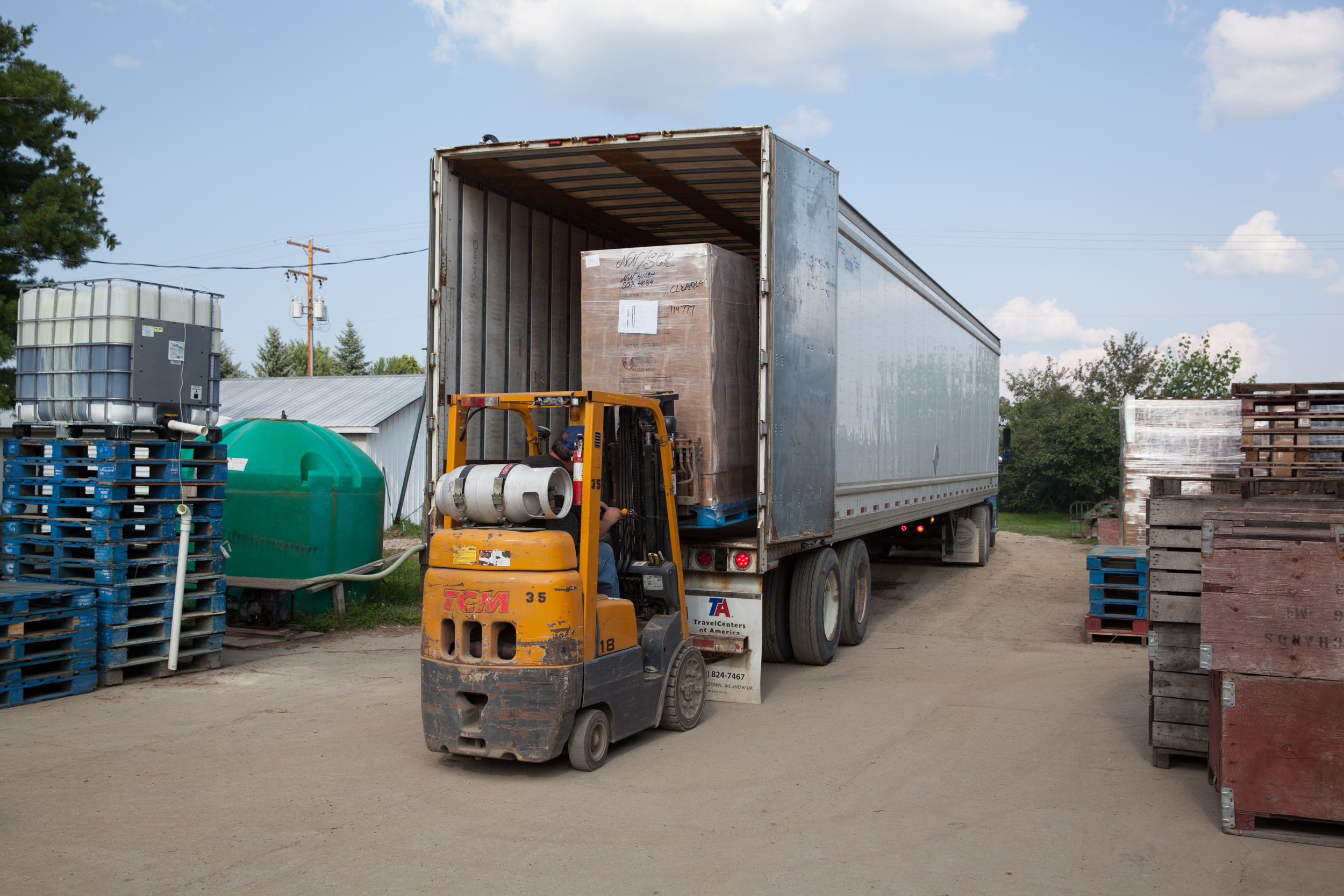 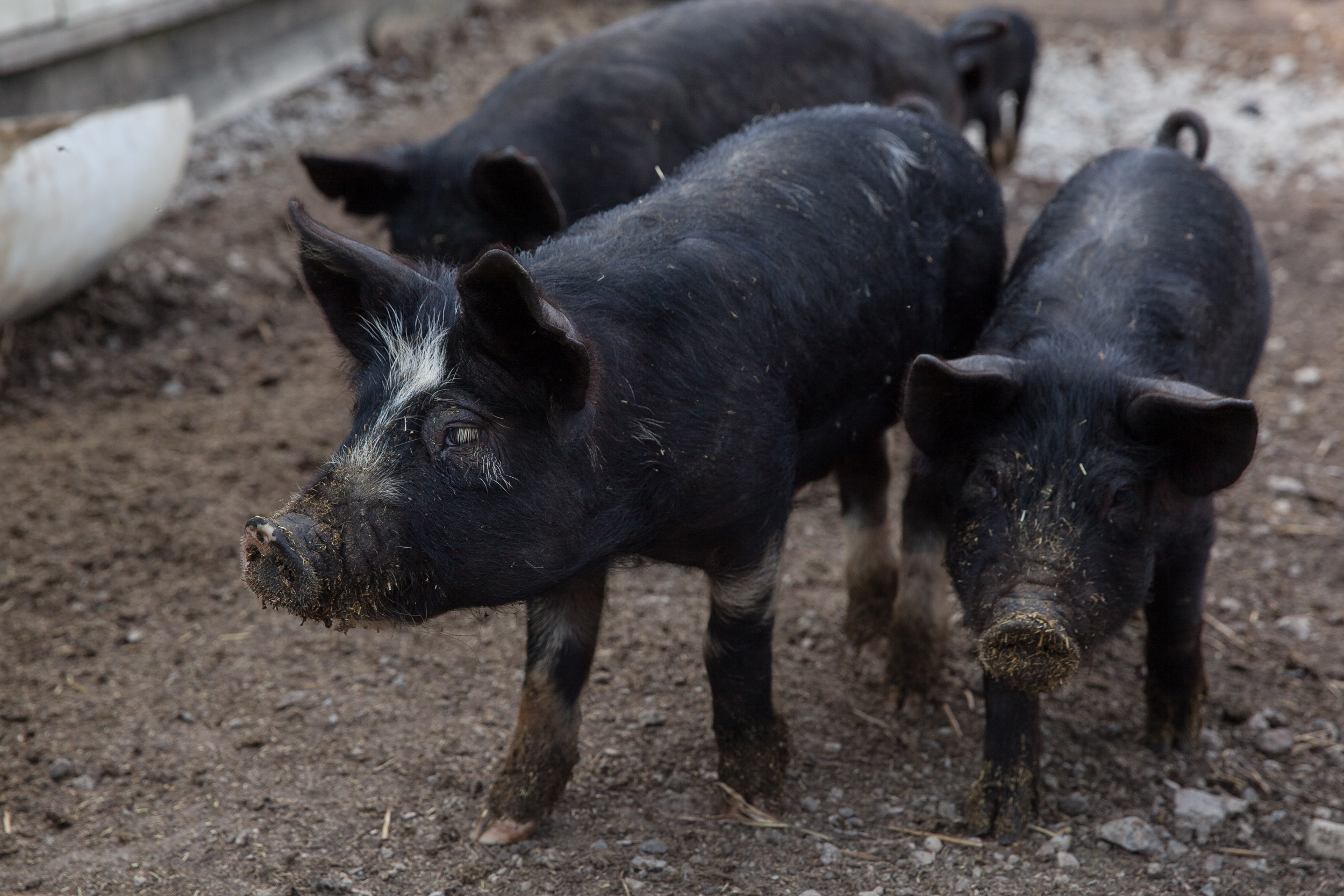 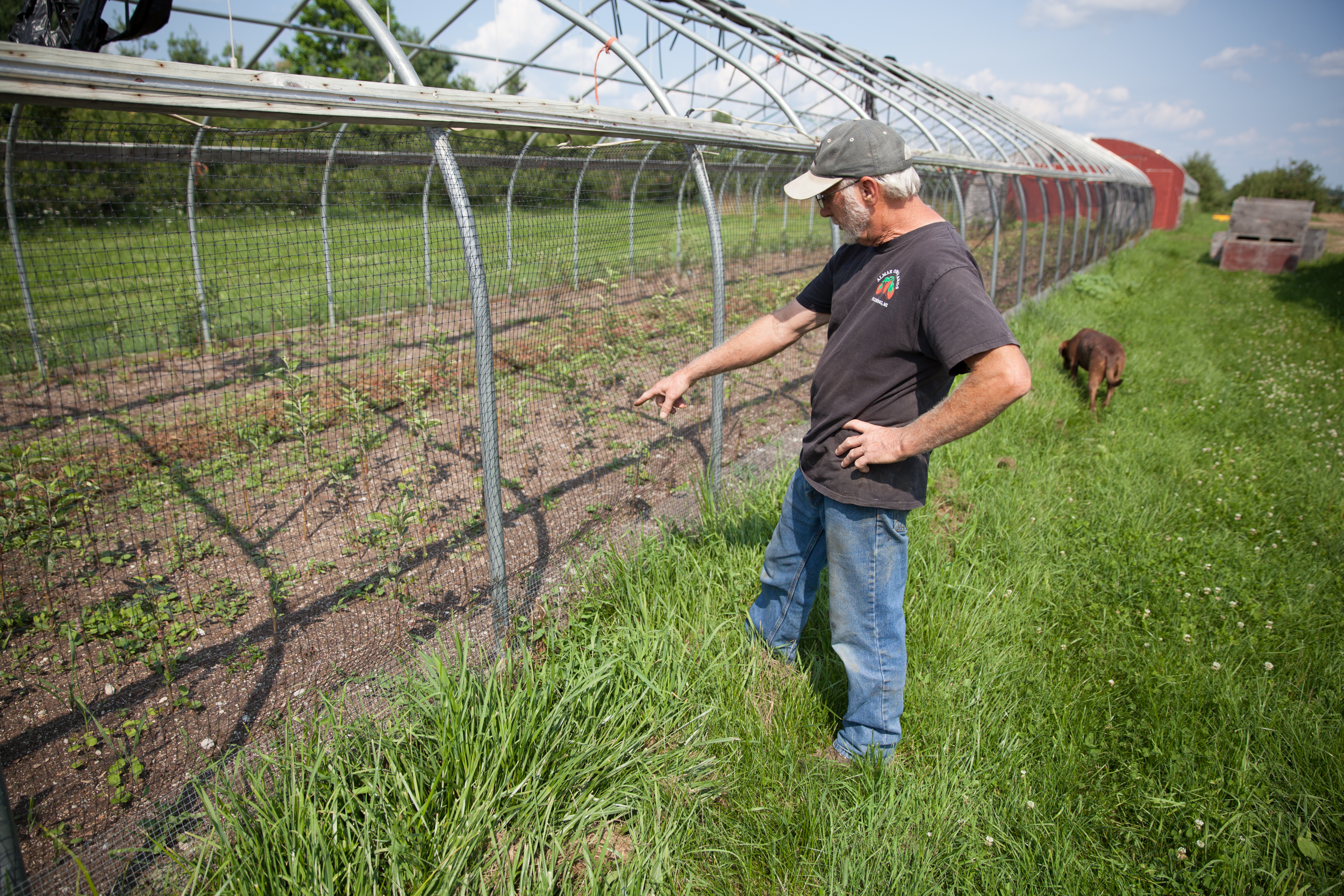 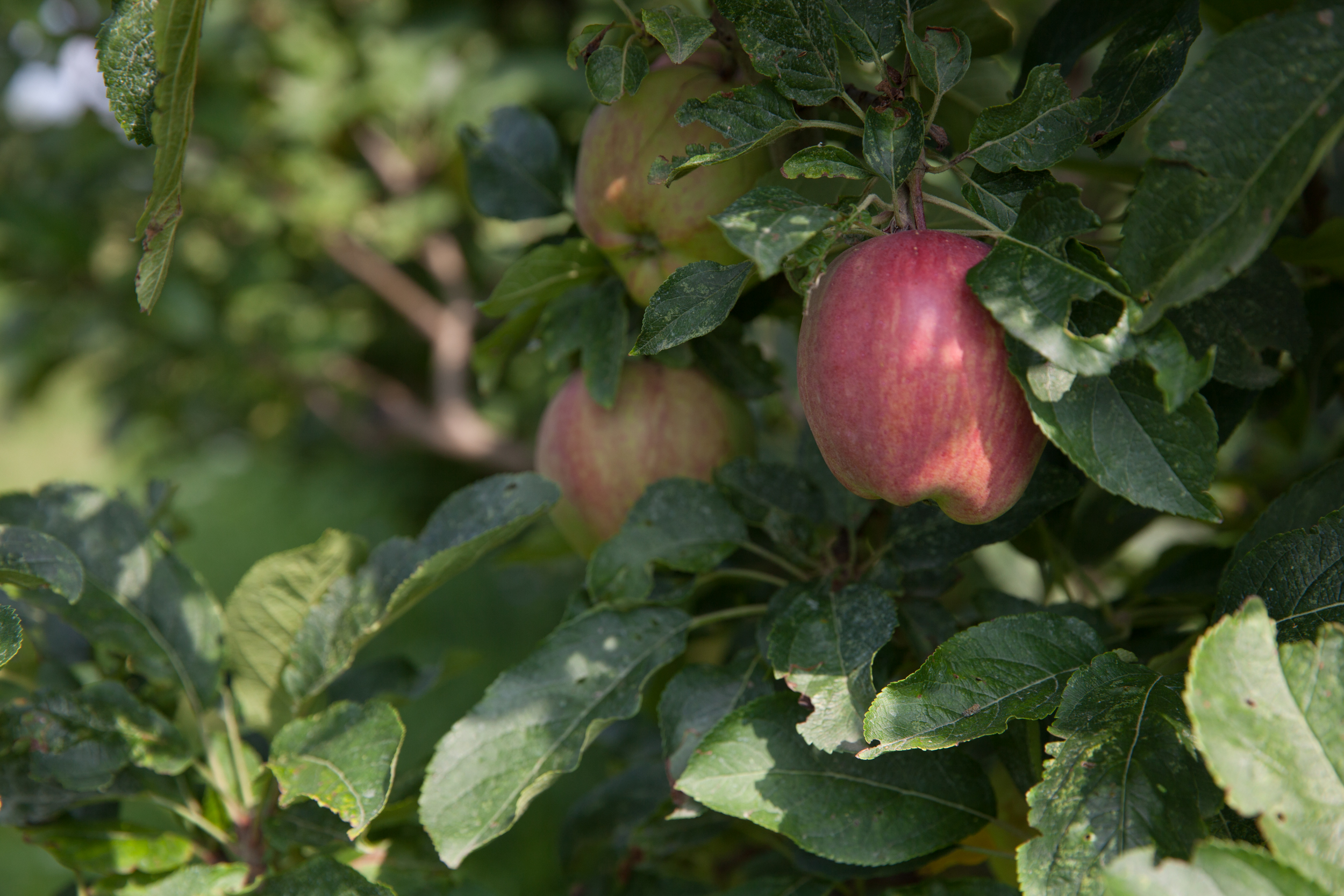 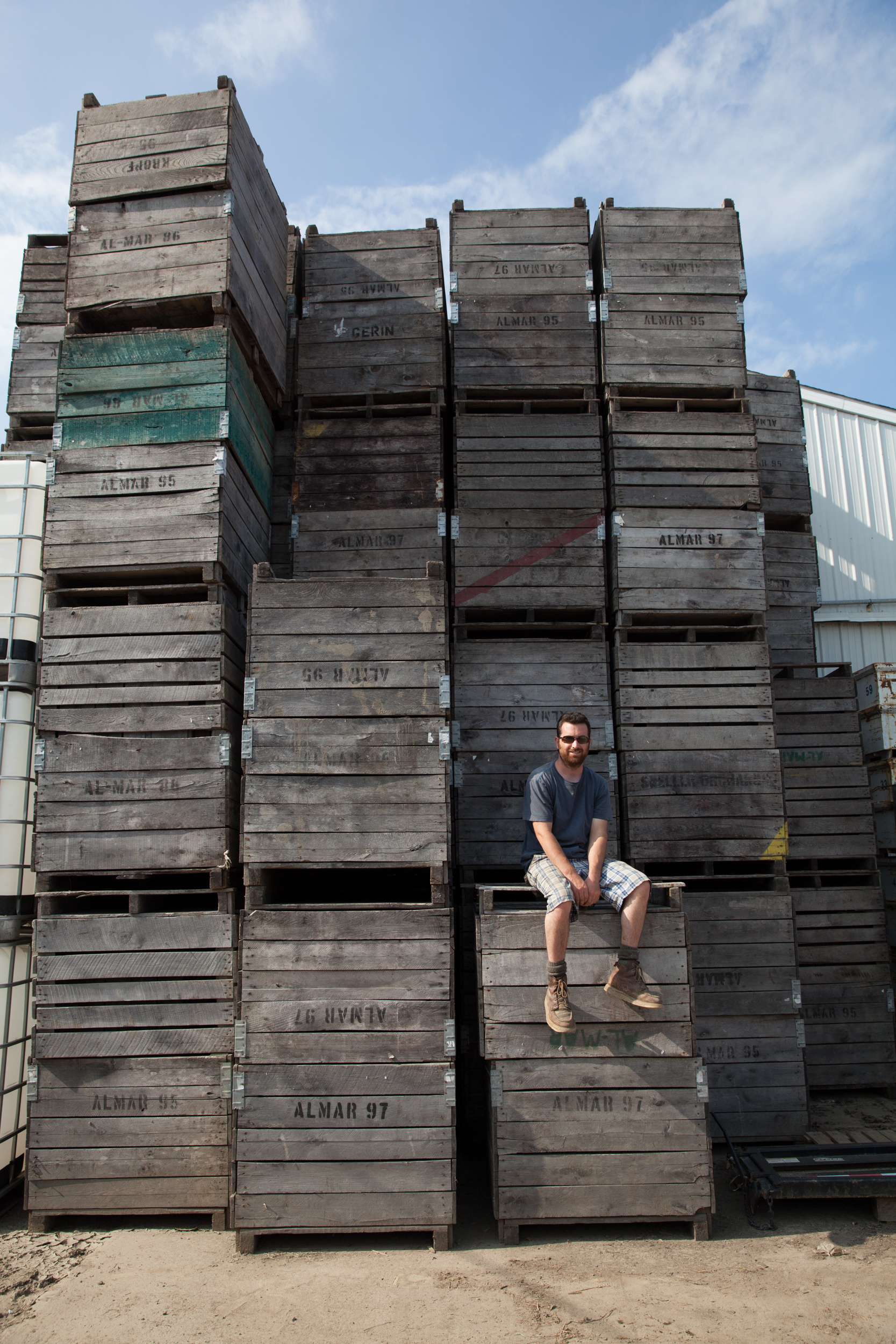 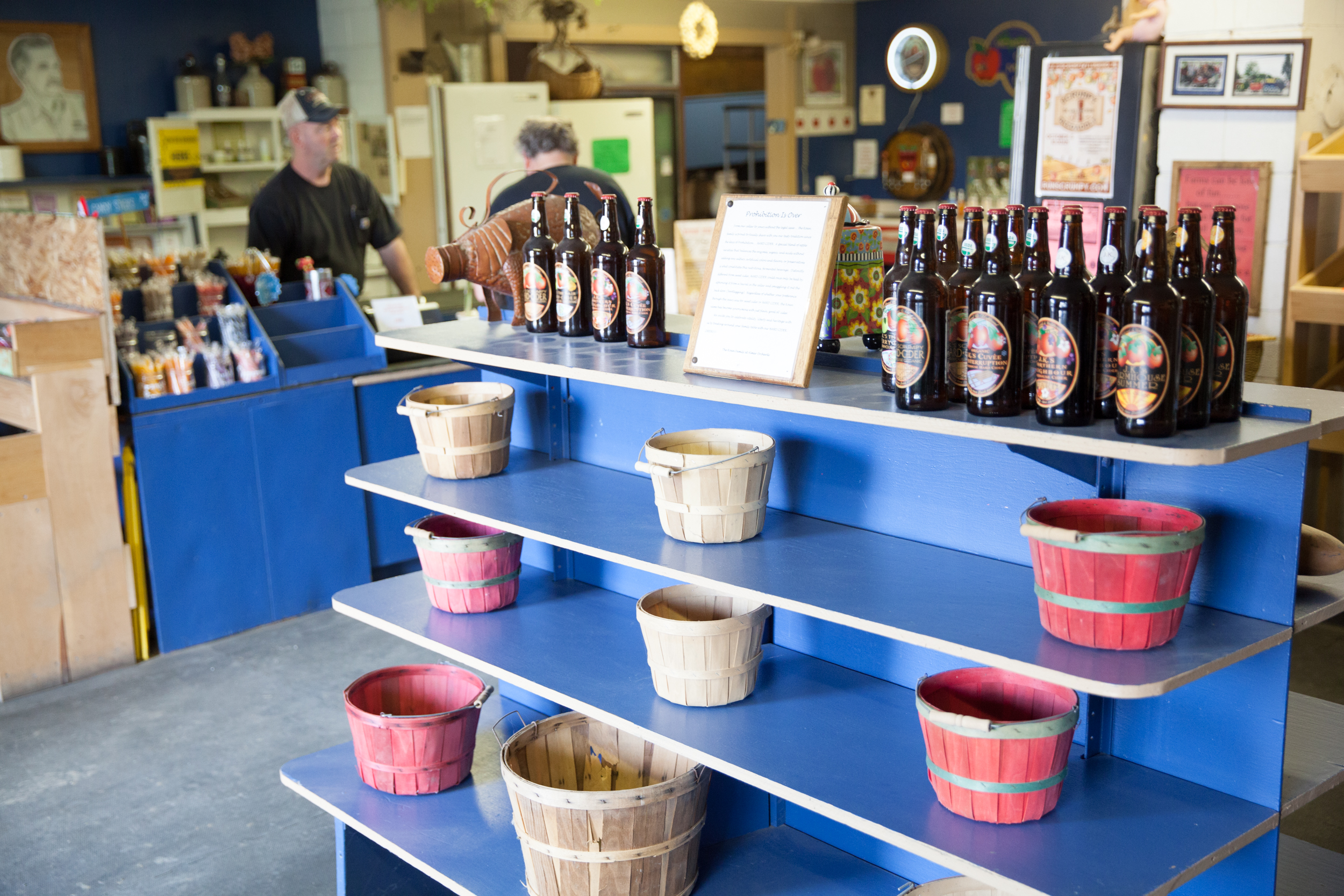 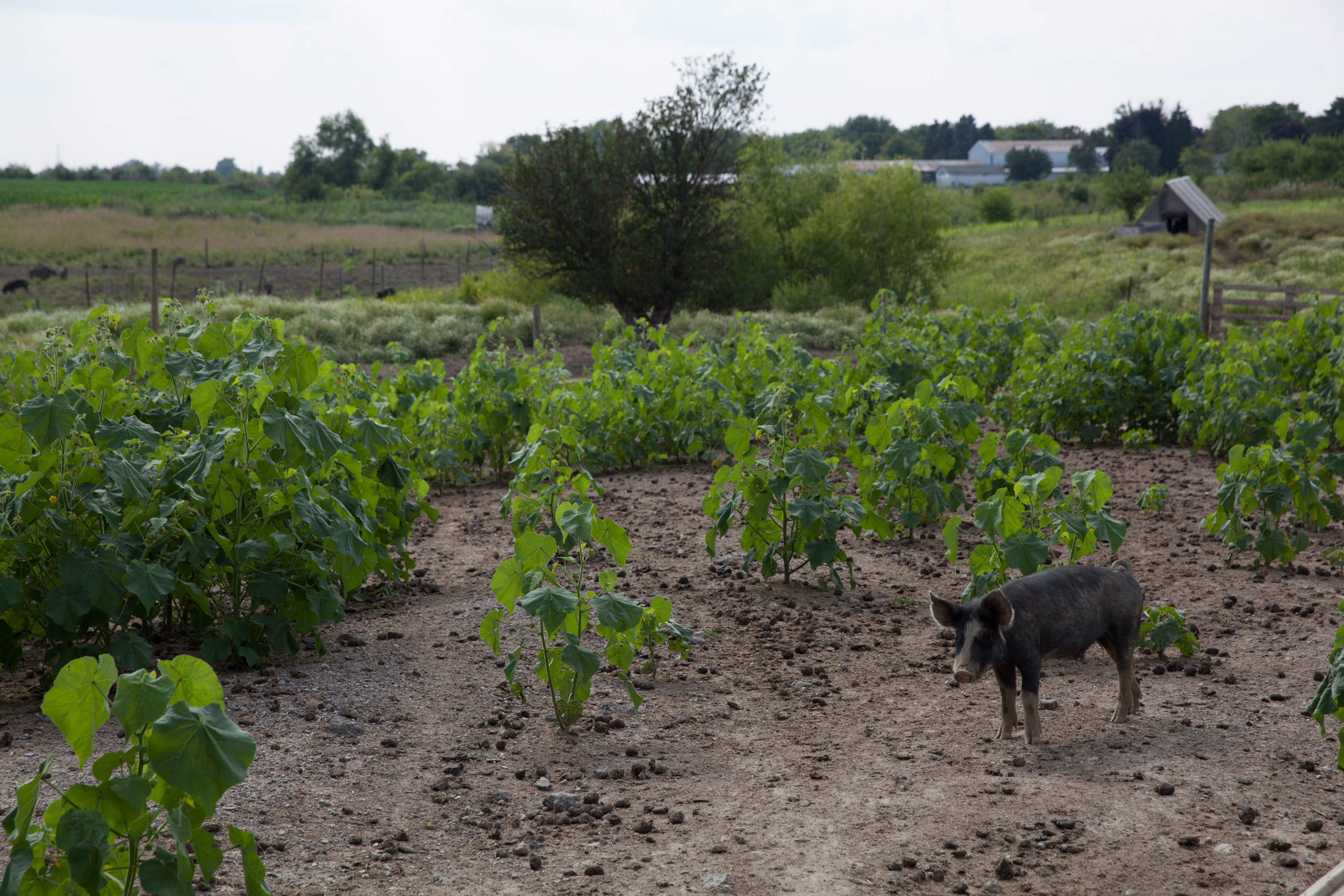 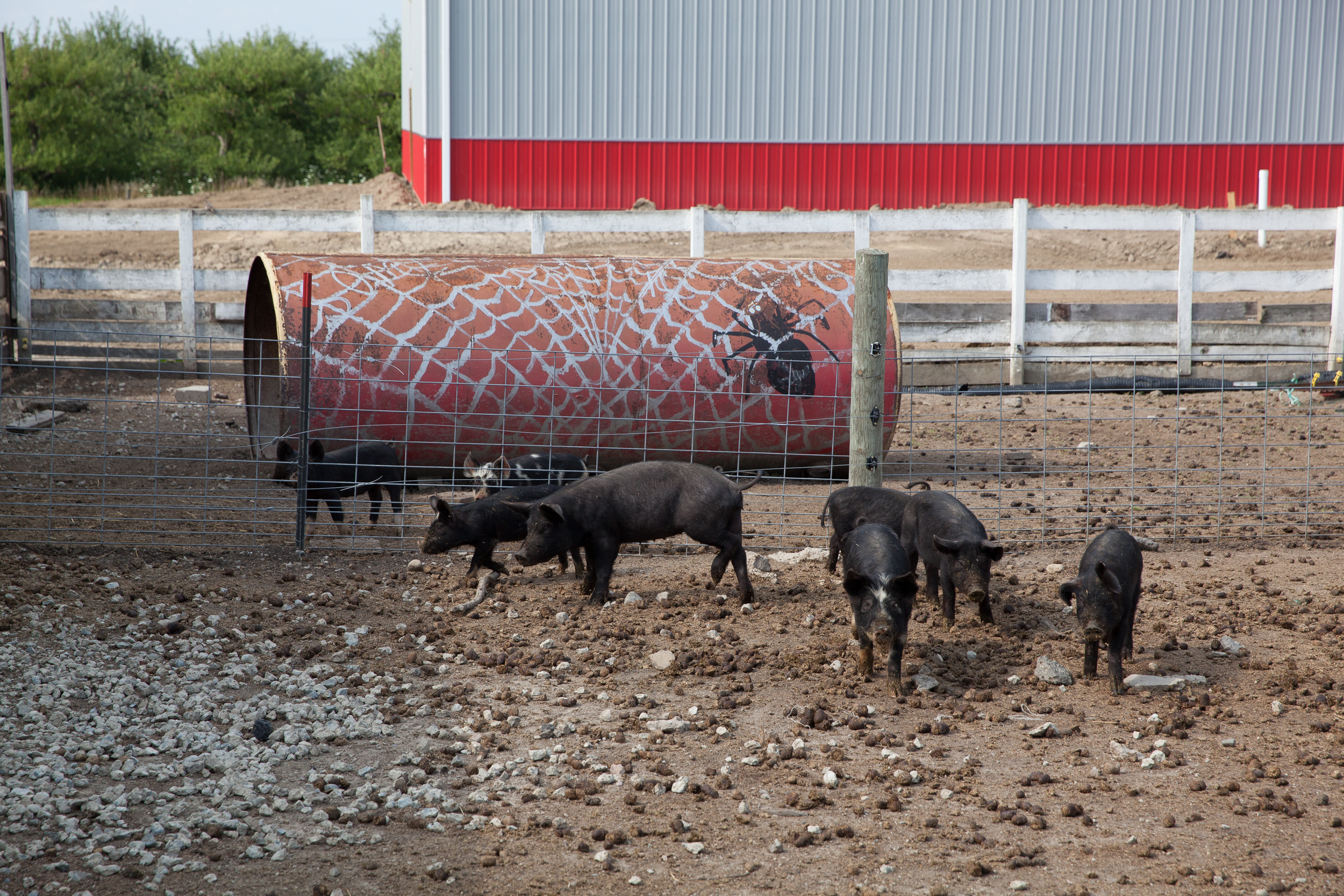 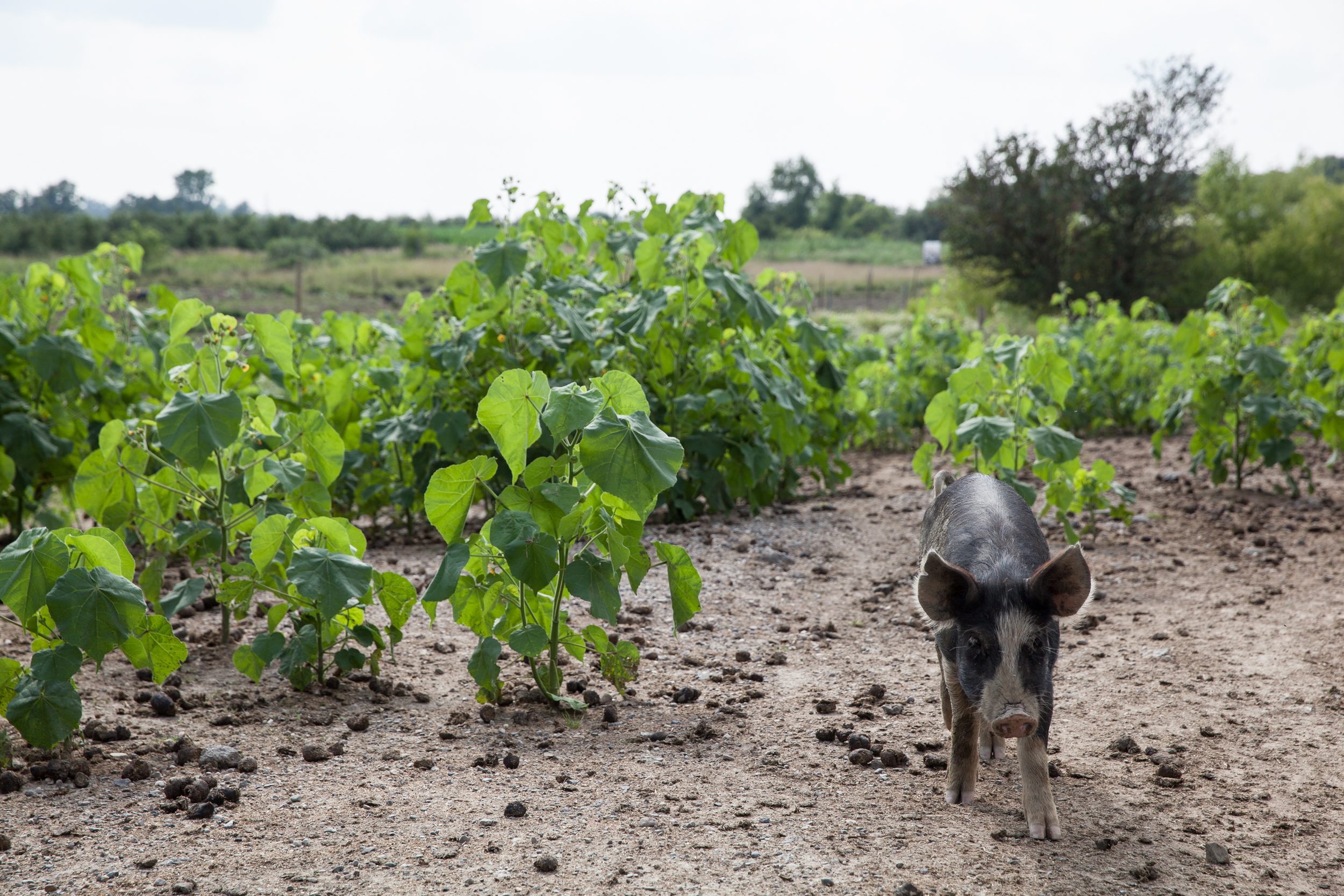 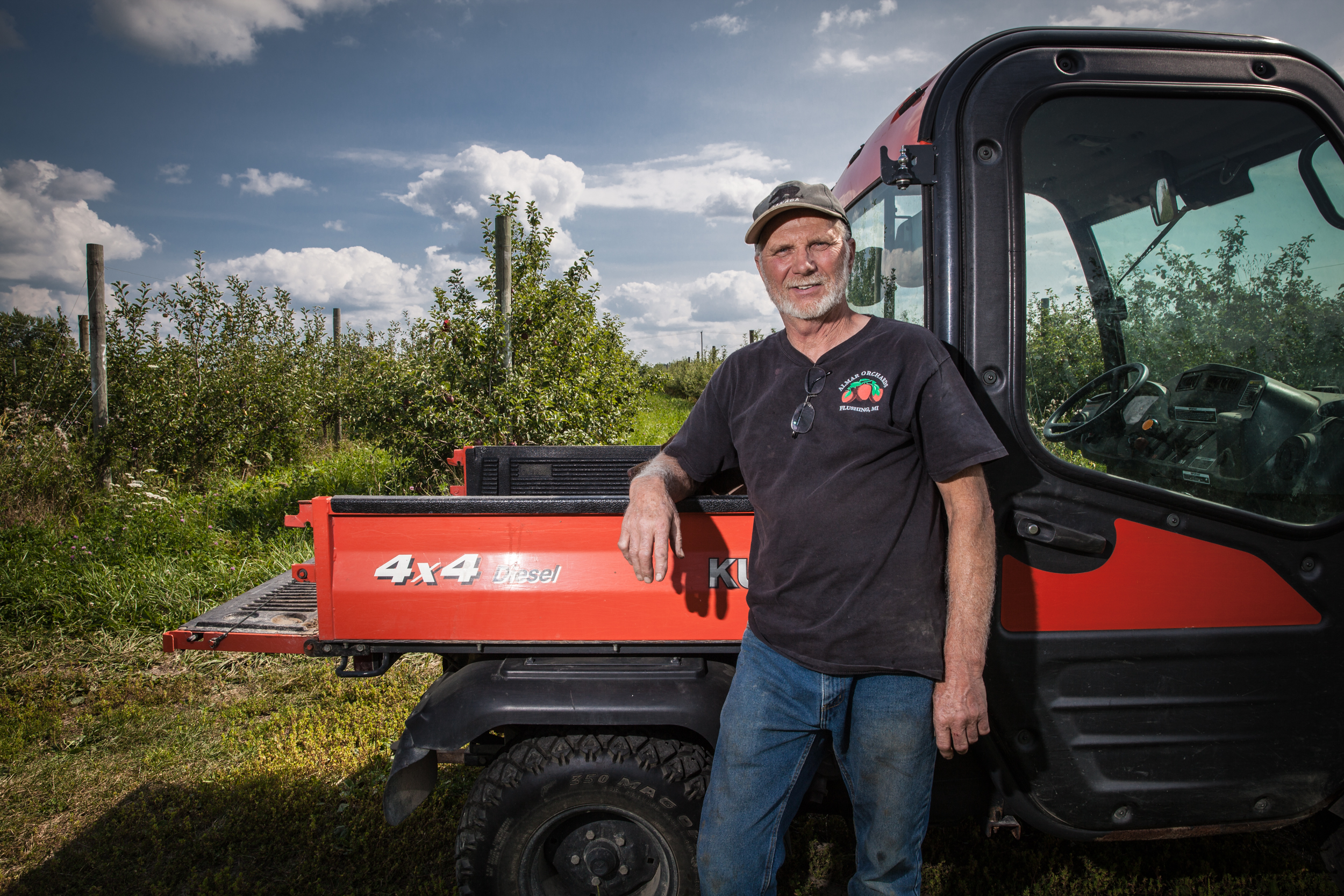 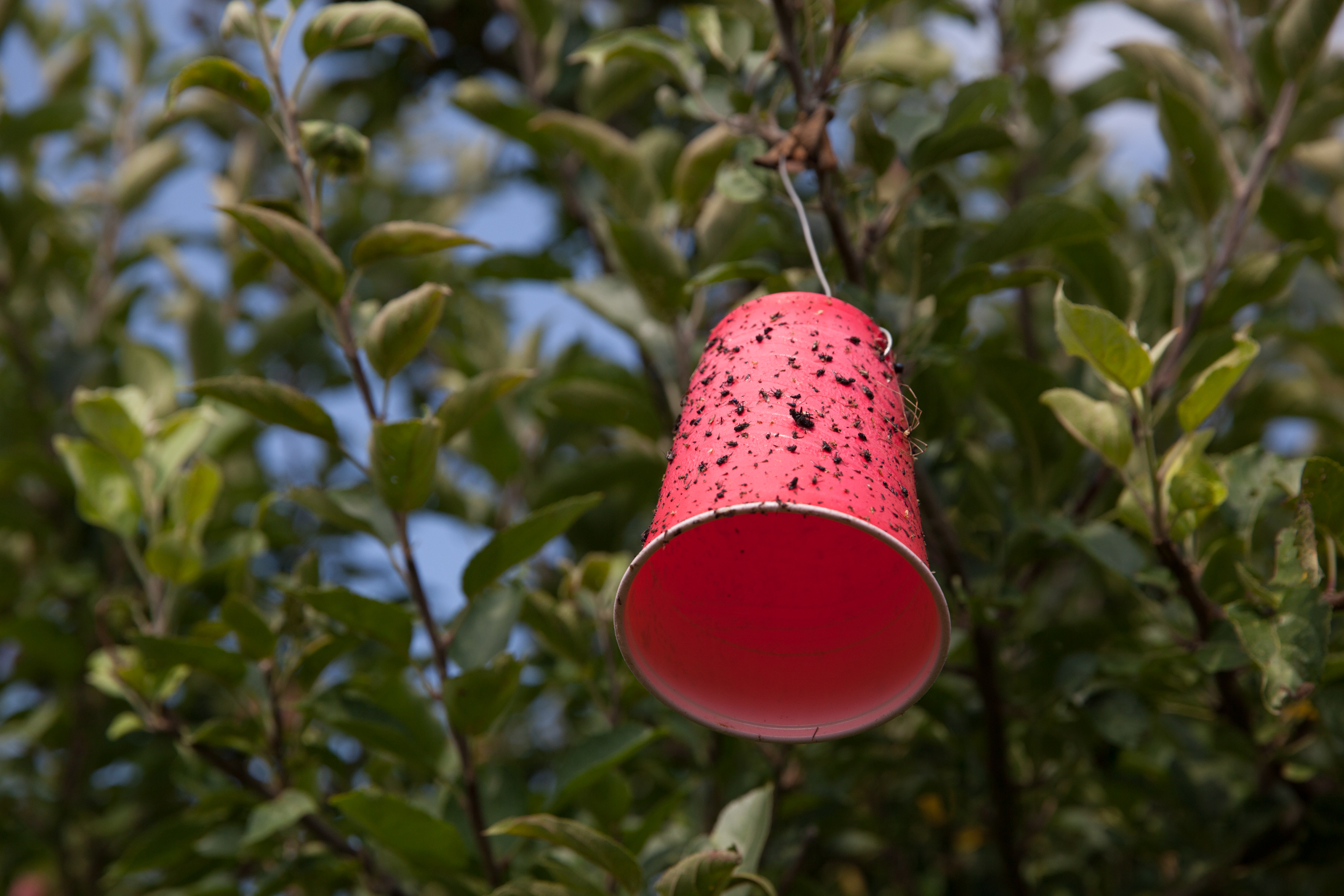 It was more than just hard work, however, that helped turn Almar into what it is today. While Koan’s business used to be selling his produce, his near complete dependency on the unstable demand of local retail stores concerned him. Many other orchards in the county went out of business, but not Jim’s. He noticed that hard cider was becoming trendy, and during the recession of 1996, he began concentrating on this specialty product; his timing couldn’t have been better. “We saw the increasing demand,” says Jim, “and we caught the wave at just the right time!” Thanks to his foresight, Almar Orchard is now one of the ten largest producers of hard cider in the U.S., with 75 distributors all around the globe, including a new contract that will put J.K. Scrumpy in Japan. 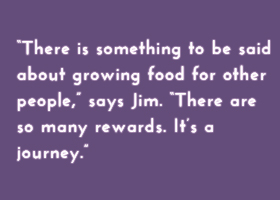 J.K. Scrumpy is made from a recipe that Albert Koan, Sr. developed during the Great Depression. “It was quite popular during Prohibition,” laughs Jim, adding that the sale of prohibited hard cider helped save the farm. It seems that history is repeating itself, for the popular drink is once again in vogue. Fermented naturally in small batches, the traditional recipe is now called Orchard Gate Gold. Other artisan flavors offer hints of other fruit, including pears that Jim obtains from farmers in Traverse City. He also collaborates with his neighbors in Canada to create J.K. Scrumpy Saskatoon Cuvee, a delightful combination of Michigan apples and a unique Canadian prairie apple called the Saskatoon berry. This berry was recently found to be high in antioxidants, and its sweet flavor is very distinctive. Other J.K. Scrumpy hard ciders include the light and refreshing J.K.’s Farmhouse Summer, and J.K.’s Cuvee Winterruption, lightly spiced with ethically traded cinnamon, vanilla and a drop of syrup from old Maple trees on the farm.

Delicious flavor is not the cider’s only draw: much of the demand is rooted in the trust that consumers have in Koan’s growing ethics. All of his cider is completely organic and preservative free. Although his decision to become certified organic by the USDA meant a lot of red tape for the business, it was personal conviction that spurred the change. Jim did much research on the dangers of pesticide use and finally decided he could not in good conscience provide a product that could be potentially hazardous to anyone’s health. “It was quite an expensive and tedious process,” Jim recalls, looking back. Every procedure had to be tracked and documented – from blossom to bottle. There are also scheduled federal inspections as well as unannounced inspections.

The orchard’s unprecedented growth to this point has been on a national and international scale. But now, with the addition of Jim’s son Zack to the team, changes will take place at the farm. A new facility is currently under construction to increase hard cider production. Also in the works are a restaurant and a

hard cider and draft cider bar, a brick oven to make organic pizza and an outside patio and upstairs balcony for dining. Jim is also looking forward to the Scrumpy Skedaddle on October 5, a 10K and 5K Run/Walk in which thousands of runners run a winding course through the orchard.

Still, with all the growth, Almar Orchard is a family affair, just as it always has been. Jim manages all of the growing and outside work and Zack does all of the production and tracking of the organic products. Jim’s daughter Monique handles the books and 20 staff and seasonal workers keep the orchard up and running. “To think this is all happening in the little town of Flushing,” smiles Jim, shaking his head. “Everything is good, and it just keeps getting better!” There is however, always one potential hazard in the growing business – the weather. “That’s the biggest problem,” laughs Jim. “I cannot control Mother Nature.” ♦

Scrumpy traditionally refers to ciders made in the West County of England. It is an old word derived from the word scrump, which meant “to collect windfall” and later “to steal apples.” Now, scrumpy is a term for artisan hard cider, as opposed to that which is produced en masse.