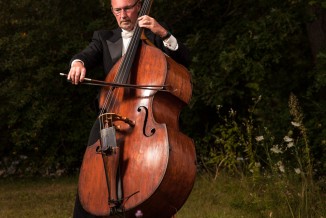 Music tends to become a part of our hearts. Gregg Emerson Powell’s heart is attracted to the deep lull of the double bass – an instrument that, he claims, is the core of a piece of music, the “crust” of the pizza. Although he did not start playing the bass until the age of 22, he has enjoyed many significant accomplishments; one such success was getting his first gig just six months after becoming proficient with the instrument.

At the age of four, Gregg took piano lessons from his mother, although he had always been enamored with the “wholesome sound” a bass can produce. He would lie on the floor listening to the bass end of the piano while his mother played. “It just felt right,” he says. Among his favorite compositions that illustrate that feeling are Brahms’ symphonies. Gregg says, “Brahms’ symphonies have the most gratifying bass parts.” This was not his first encounter with the gratifying sound a bass produces.

Continuing his musical pursuits with the University Musical Society Choral Union at the University of Michigan, Gregg would stand right behind the bass section of the orchestra pit in Hill Auditorium. “I was pretty blown away by that as a college freshman,” he smiles. One of his favorite pieces is Gustav Mahler’s Symphony 2 – a piece he says he could listen to on an uninhabited island over and over again.

Gregg started school with other plans for his life. “I wasn’t supposed to make a career of music – I was supposed to be an engineer,” he says. While continuing to learn and play music, he transferred out of engineering, and earned a degree in economics and psychology, to have a “day job” and satisfy his parents. That job turned out to be a position at the Jacobson’s store in Ann Arbor, where he worked for 12 years.

“The bass makes one of the most beautiful sounds on the planet, and I wanted to do that,” he says. “It was one of those life-changing moments. I didn’t want to be an engineer!” 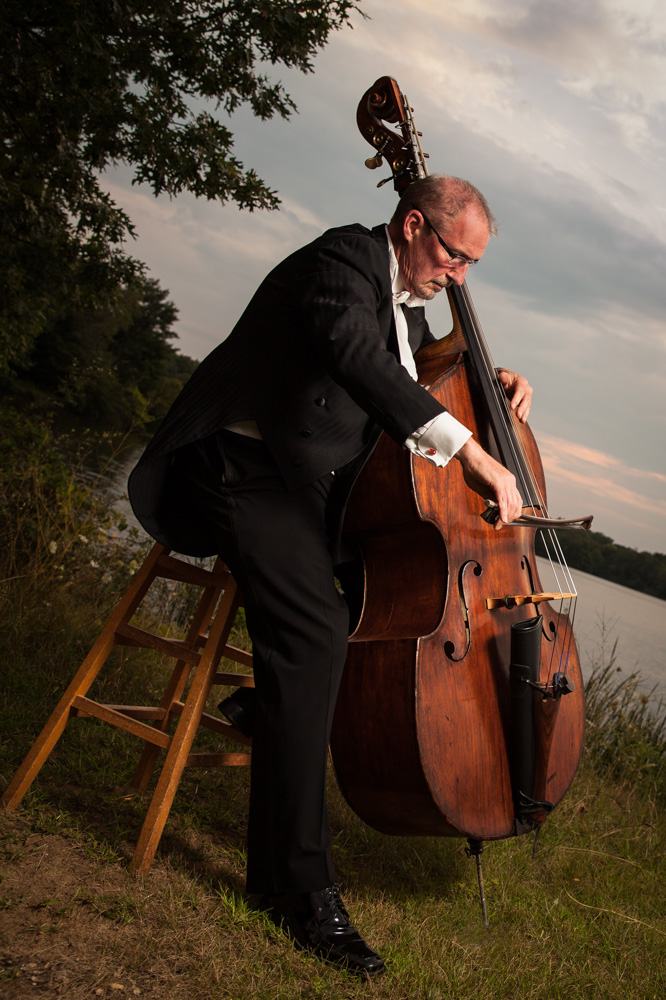 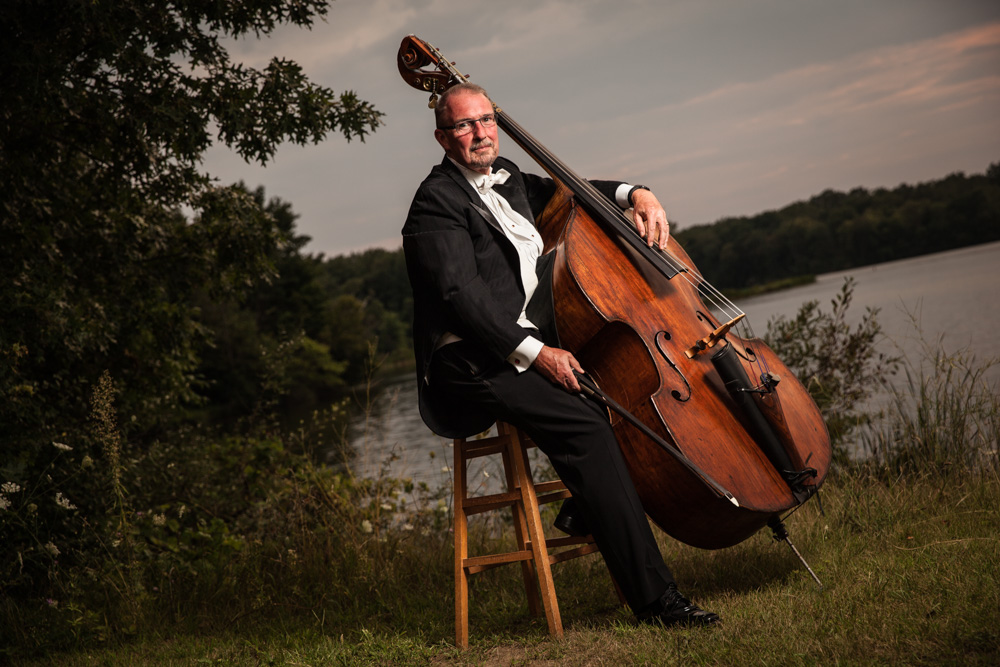 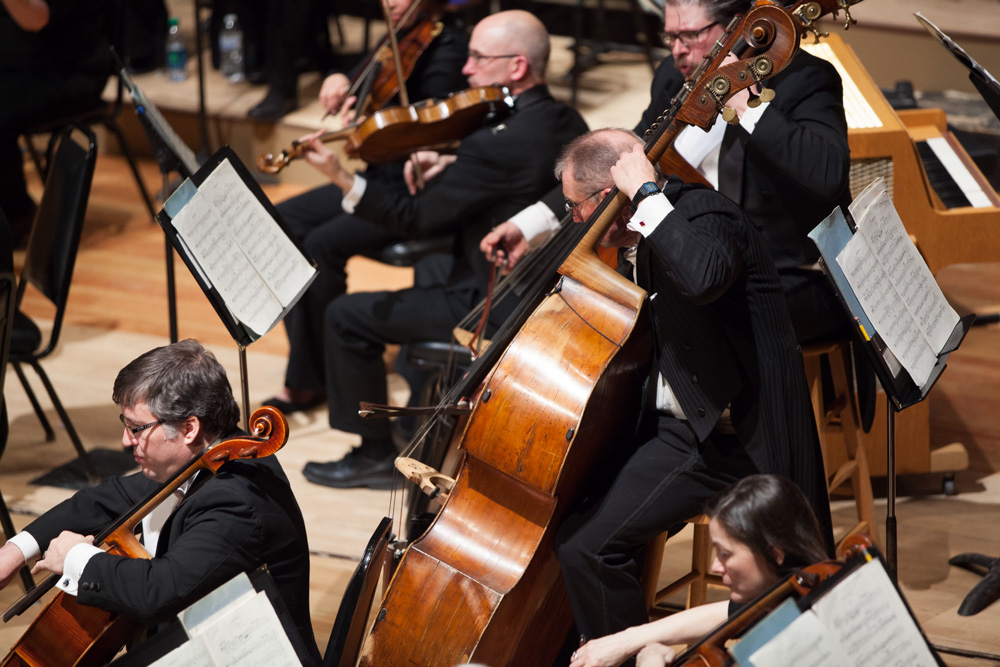 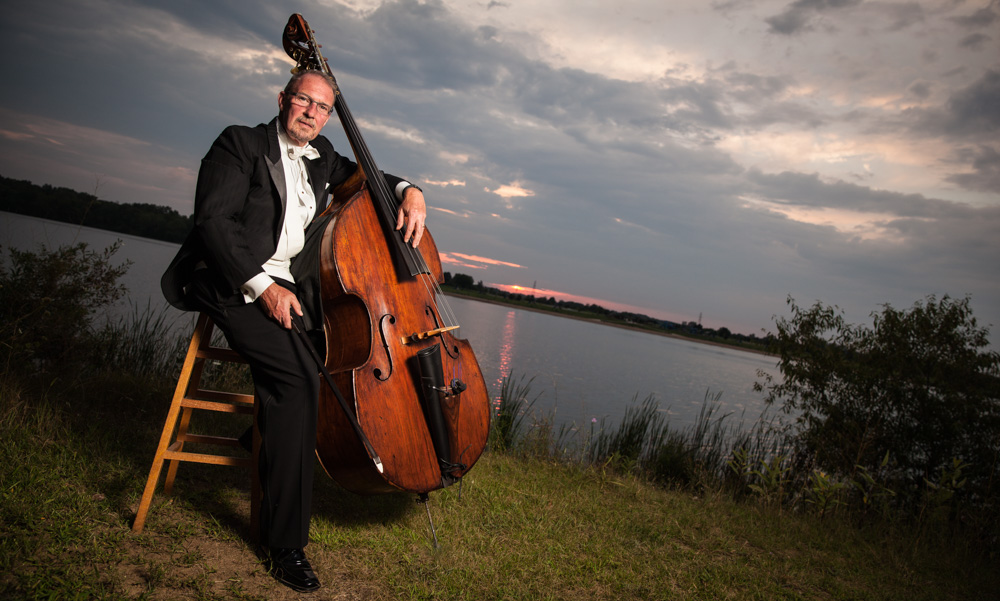 After graduating, he looked to the U of M School of Music for find someone to teach him to play the bass. He spoke with Lawrence Hurst, Professor of Music, who recommended Gregg to a teaching assistant for lessons. After a year of study, Professor Hurst believed Gregg was ready to study with him. A positive aspect of starting to play the bass as an adult is having adult habits; it’s easier now for Gregg to maintain a professional level. Playing professionally requires a lifetime of understanding, a depth of feeling. “It’s like a fine wine,” Gregg claims, “better with age.”

When Gregg heard about the Flint Symphony Orchestra from fellow students, the orchestra’s reputation had preceded itself – that was more than 40 years ago. He didn’t make the cut after his first FSO audition; but after his second attempt, he received a heavy envelope in the mail. “I knew by holding it that it didn’t contain a rejection letter. It was a contract and a schedule,” Gregg recalls. “Miracles never cease.”

The bass Gregg plays was originally made in 1804 in Naples, Italy by a man named Giovanni Gagliano. He recently restored it in May of this year. “It glows. It’s just beautiful,” he says. Of course, glowing talent requires a glowing instrument.

As the FSO’s personnel manager, Gregg acts as liaison between upper management and the musicians – “a conduit of management.” He enjoys helping with auditions, hiring and payroll duties to help keep the FSO orchestra operating as a well-oiled machine. His love for the orchestra’s embracing environment has kept him there for almost 40 years. He commutes to Flint from Ann Arbor, and describes the FSO as a “patchwork quilt” of people hailing from Lansing, Detroit, St. Louis, San Francisco, and a handful from Genesee County.

Though he started playing double bass in his twenties, Gregg was not a complete rookie to a stringed instrument or to group performance. While in high school, he played bass guitar in a rock band. His talent does not stop there; he can also play rock guitar, tenor banjo, the mandolin (which he is currently practicing), and keyboards.

Around Flint, Gregg has played at many churches, like St. Paul’s Episcopal and First Presbyterian, when choirs perform and hire orchestra musicians. In December, First Presbyterian will present “Feast of Carols,” combining the choir and orchestra.

Upcoming performances will take Gregg all over the state. He is excited about a September 19 performance, an all-Beethoven concert with the Ann Arbor Symphony in the gorgeous Hill Auditorium on the U of M Law School campus. He will return there in December to perform Händel’s Messiah with the UMS Choral Union and other world-class soloists. On September 25, Gregg will play at Bay City’s State Theater with the 13-piece Bijou Orchestra and in October, he will play with the Lansing Symphony Orchestra.

Gregg’s pride for his FSO position is evident, especially when he speaks about the people he works with, including Maestro Enrique Diemecke. Smiling, he explains, “Playing with other orchestras around the state, it’s like an airplane that taxis and then heads down the runway, gaining great speed. When Enrique Diemecke conducts the FSO, the plane actually takes off.” Although he thoroughly enjoys Diemecke’s direction, he also shares, “I would have loved to perform under the baton of Gustav Mahler.”

Gregg claims that Maestro Diemecke “stretches us musically,” meaning that the musicians are honing their technique and finding “an awareness of music.” Exhibiting his dedication to his craft, he adds, “The day that I stop growing as a musician is the day to call the undertaker and put me in a box.” The Flint Symphony Orchestra will open its 2015-2016 season on October 3.