Hamady Brothers supermarkets were a mainstay for Flint residents for many years. At its peak, the chain had 37 locations and 1,300 employees. If you’re from Greater Flint, you probably remember the paper grocery bags that became well-known as “Hamady sacks.” The family business is best remembered for sending truckloads of food to participants of the famous 1937 Sit-Down Strike at GM’s Fisher Body plant, that led to the auto industry’s recognition of the United Auto Workers.

According to its history, Hamady Brothers was founded in 1911 by Michael and Kamol Hamady, immigrant cousins from Lebanon who referred to themselves as brothers. The first Flint store was opened at East Dayton Street and Industrial Avenue. Michael was the first CEO, followed by his son, Robert, in 1954; his grand-nephew, Jack, in 1967 and by his grandson, Robert Lee, in 1969, who restructured the company and sold it in 1974 to Alex Dandy. The chain continued to expand over the years, but in 1987, it was hit with a seven-week strike, and Dandy declared bankruptcy in 1988.

In March 1989, a reorganization plan for Hamady Brothers by M&B Distribution board chairman, James McColgan, Sr. was approved. McColgan Investment Co. purchased 21 Hamady supermarkets for about $17.9 million. In May 1989, Dandy approved the sale of Hamady assets to McColgan Investment. McColgan became Chairman and CEO. The chain closed the last of its stores in 1991.

Hamady will make a comeback on Flint’s north end with the opening of a new store, Hamady Complete Food Center, on Pierson Rd. near Clio Rd. in the Hallwood Plaza. The newly remodeled 74,000-square-foot facility, which was purchased by former owner, Jim McColgan, will meet all of your grocery needs and offers a bakery, deli, extensive fresh produce department, fresh-cut meats, and a pharmacy. In addition, the owner plans to offer a banquet facility and a daycare program at the store. 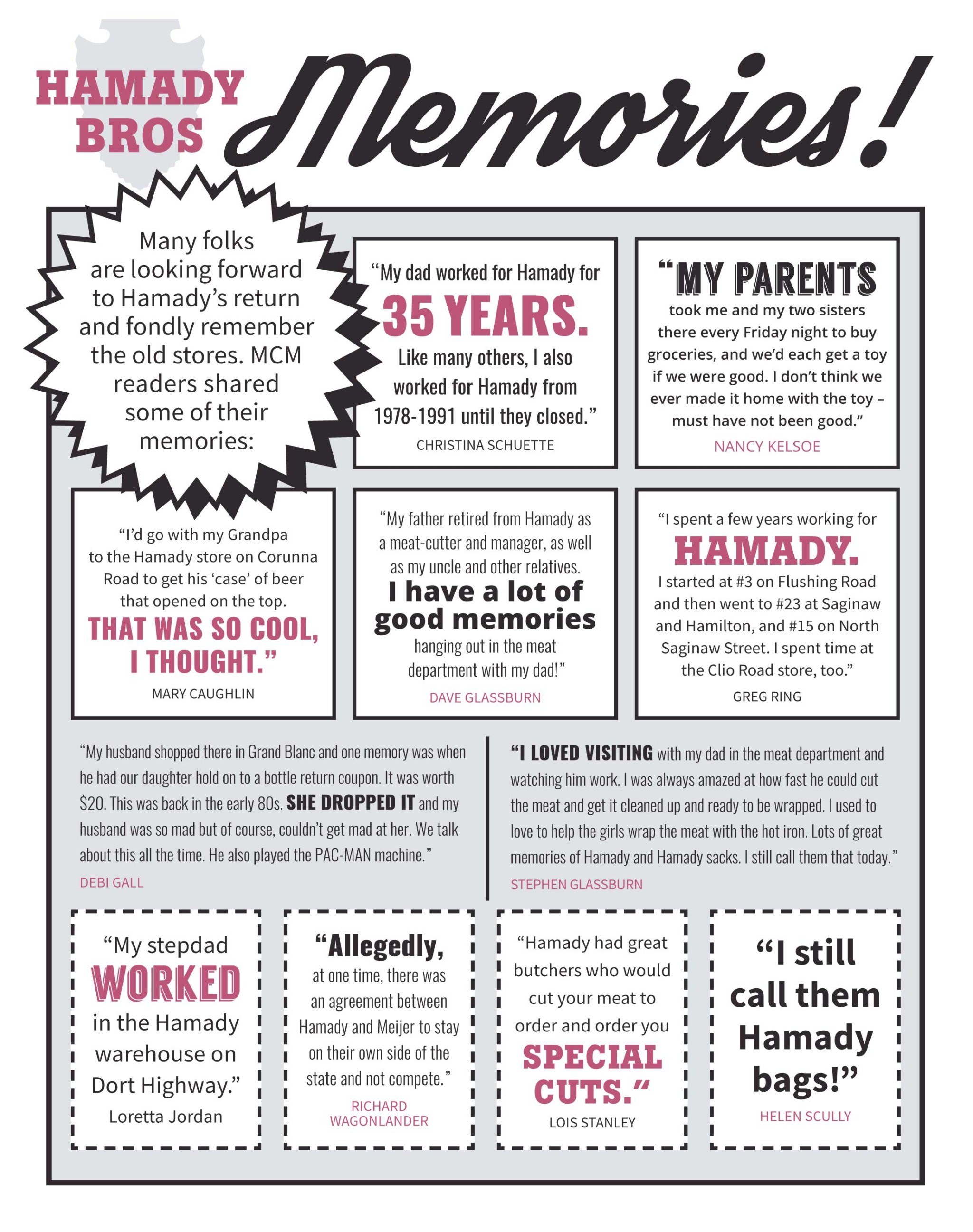