Tucked away Downtown on Harrison St. stands the last icon of the vibrant days of Flint’s Floral Park neighborhood. Opened in 1921 by Magnus Clark as the Maple Leaf, Golden Leaf Club continues to be the city’s premier jazz haunt for enthusiasts, fans and musicians. It is the oldest African-American owned venue in Genesee County, second only to Idlewild (est. 1912) and tied with Detroit’s famous Paradise Valley clubs for Michigan’s earliest African-American jazz venue. Golden Leaf, however, is the only one still in operation and approaching its centennial anniversary. “We are still proud and still standing,” says current Owner/Maitre´d, Lottie Reid. “We’re still here and having a good time with good people. I think we all look good for 100!” 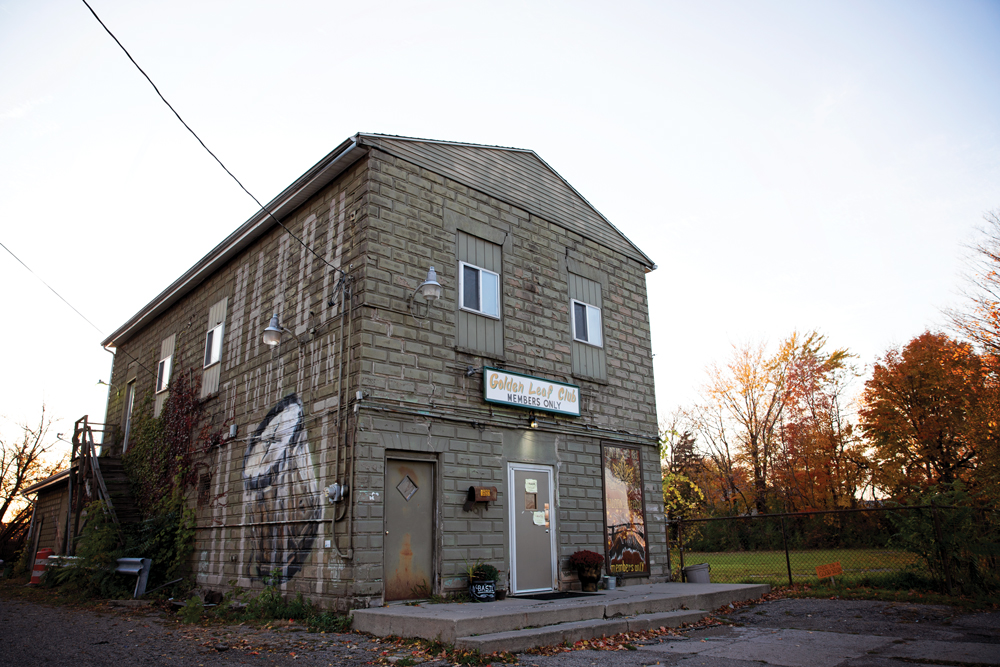 When Reid took ownership of Golden Leaf in 1992, she understood that it was more than a club. It was a community and symbol all its own. It was history. “It means a lot to a lot of different people. For as many years as I can remember, it has been a place to come and socialize without worry,” says Reid. “It’s been the place for African-American community and entertainment since it opened.”

In the early 1920s, Flint was deeply segregated and Magnus Clark saw a need for a place where African-Americans could enjoy professional entertainment. At the time, African-Americans who wanted to see a talented performer at the I.M.A. had to wait – Caucasians were allowed to see the show from 8pm to 1am, while Blacks were only allowed from 1am to 4am. Golden Leaf Club filled the entertainment void for African-Americans and while doing so, became legendary as the go-to venue for prominent Black entertainers and celebrities. Dinah Washington, Diana Ross, Stevie Wonder, Dizzy Gillespie,
Sammy Davis Jr., and Malcom X are just a few who called Golden Leaf home. The club gave birth to numerous local legends such as Sherm Mitchell, Dottie Patton, Sherwood Pea, Willie George, Georgia Herlich and the Velvelettes. More than an entertainment venue, it became a community hub where friends and colleagues from all walks of life gathered to meet new people, talk of the news and revel in good company. “It has always been about the people here,” says Reid. “We are a spot for all walks of life. We are the ‘Cheers’ of Flint – everybody knows your name. It’s the reason we have lasted so long.” 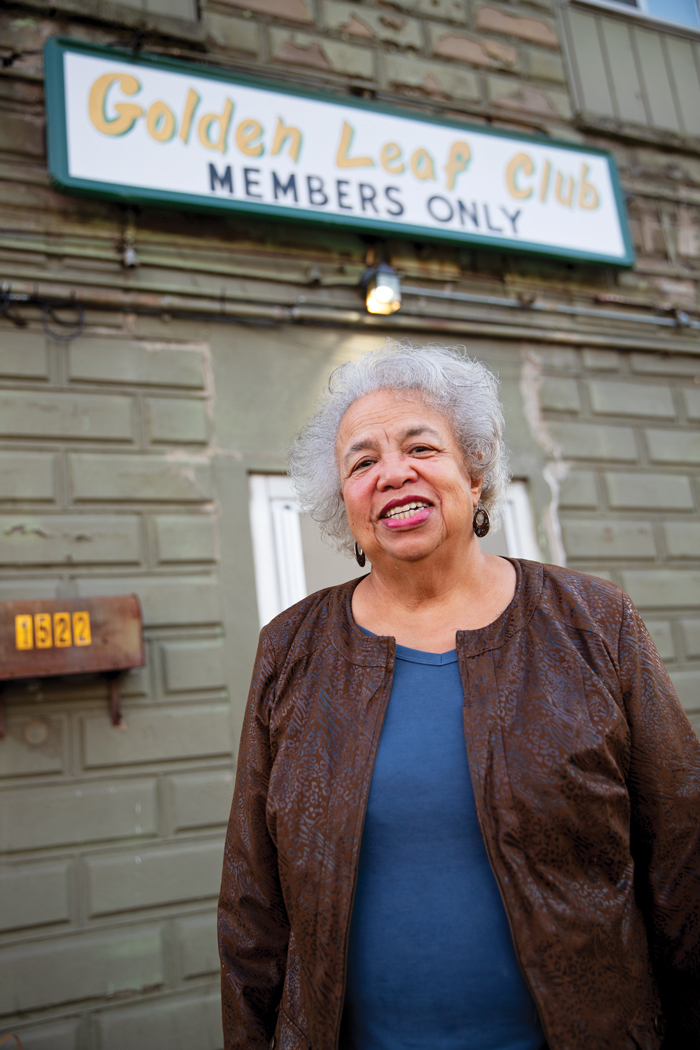 “We’re still here and having a good time with
good people. I think we all look good for 100!”

In the world of local musical talent, Golden Leaf Club continues to reign supreme. Every Wednesday night, the house band “Eclipse” takes the stage to play an energetic blend of jazz, blues, funk, hip-hop and more. The beauty of Golden Leaf is the variety of musical styles, with each performance bringing something new. All musicians are welcome to jam with the band and popular local jazz performers frequently drop in. The club offers more to its members than music; it’s a place for companionship and family. “We are more than a venue. We have an older crowd and the Golden Leaf provides a place for them to go,” says Reid. “Some come in to watch the game on TV or reminisce on old times in the city.” 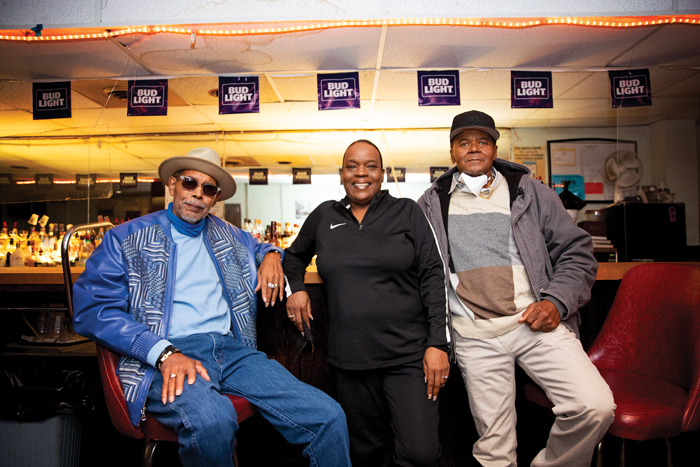 Like many small businesses during the pandemic, Golden Leaf has done their best to keep the doors open, offering outdoor concerts during the summer while maintaining social distancing and masking up. “We are taking it one day at a time,” explains Reid. “Our members continue to support us and what we do.” Membership in the Golden Leaf Club is open to anyone who wants to join and the Wednesday night shows are open to the public. 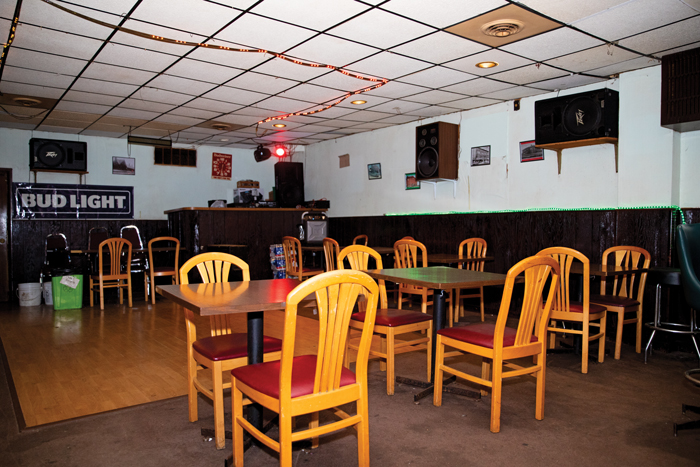 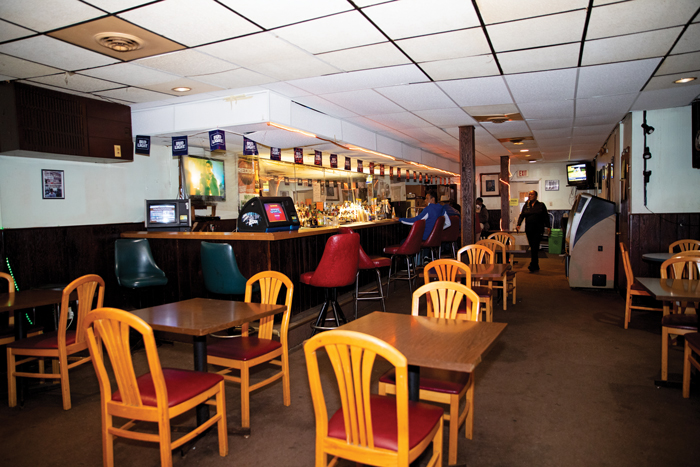 As ownership of the building has passed through the years from Magnus Clark to Lois Perrin, then to Ola Smith, Warren Hill and finally to Lottie Reid, not much has changed. Entering it is to see the world as it was in the Roaring Twenties. Today’s music rivals that of the days past and you can hear the echoes of Dizzy Gillespie’s trumpet, the voice of Dinah Washington, or the tapping of Sammy’s shoes emanating from walls that have seen a century of the city come and go. After 100 years, Golden Leaf Club still stands a testament to the resolve of Flint and its African-American citizens. “I truly believe that the city is moving toward bigger and better things,” adds Reid. “We are going to have success in all areas. You watch – it’s coming.” Reid is planning a 100-year anniversary celebration for whenever the world gets right again, and everyone is invited. “We would love to have the City of Flint celebrate with us.”

Congratulations and thank you to Golden Leaf Club for a great 100 years.