On June 22, 2018, Flint Firebirds’ forward Ty Dellandrea was selected in the first round (13th overall) of the NHL Draft by the Dallas Stars, becoming the first Flint Firebird to be picked in the prestigious opening round. 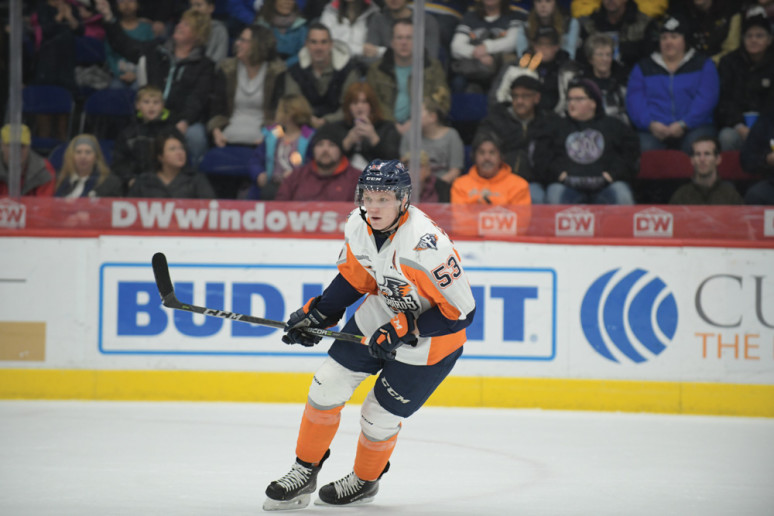 Who is Ty? Wearing No. 53 for the Firebirds, he’s a six-foot, 190-pound forward from Port Perry (Toronto), Ontario who recorded 59 points (27G, 32A) in 67 games during the 2017-18 regular season in the Ontario Hockey League (OHL). After being selected by the Firebirds in the 2016 OHL Priority Selection first-round, fifth overall, Dellandrea was named an assistant captain in his second season in Flint. He totaled five game-winning goals and 14 multi-point games during the 2017-18 campaign, including a five-point (3G, 2A) night on December 16, 2017.

A star in the making plays for our hometown team and now is the time to come see him play! Tickets start at just $12, the lowest in the league. Parking is $5. There’s $2 beer and $2 hot dog nights, Family Four Packs, Sunday Fundays, Winning Wednesdays … the list goes on. Flint Firebirds’ games are a safe, family friendly fun night out. 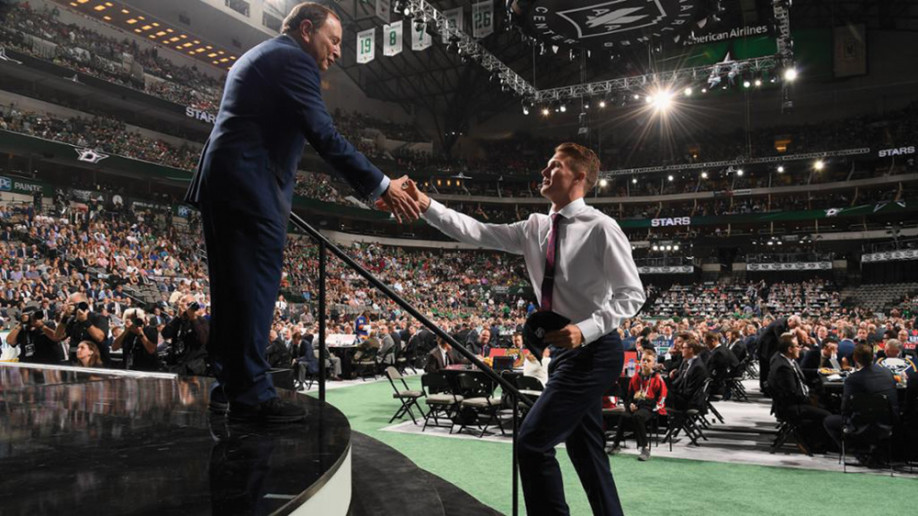 For the past five seasons, the OHL (the league the Firebirds play in) has sent more players to the NHL than any other. The OHL leads in total players selected in the NHL Draft (199), first and second round selections combined (76), defenseman (66) and forwards (122). On NHL opening-day rosters last October, one-in-four players (26.4%) competing in the NHL were alums of the OHL, which is the highest percentage in the world.

Ty Dellandrea was selected in the first round (13th overall) of the NHL draft by the Dallas Stars.   PHOTO BY BRUCE BENNETT/ GETTY IMAGES

So, what is the OHL? The 20-team league is known as the premiere player development league for the NHL. It’s one of three “major junior” ice hockey leagues based in Canada and the U.S. that constitute the 60-team Canadian Hockey League (CHL). The other two leagues based on region are the Western Hockey League (WHL) and the Quebec Major Junior Hockey League (QMJHL). On NHL opening-day rosters last October, 70% of the players were CHL alums and ten of the last 11 players picked first overall in the NHL Draft have come from the CHL.

It may seem confusing at first, but it’s becoming easier to realize both the quality of hockey and the level of talent that we now get to watch right in our own backyard. Give it a chance. You’ll be hooked!

Photos provided by Flint Firebirds and the NHL