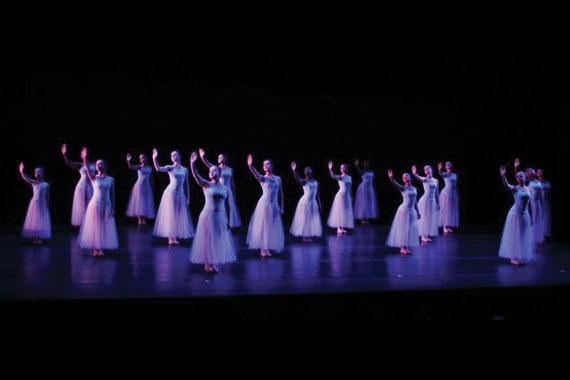 On May 4-5, the Flint School of Performing Arts presented the Festival of Dance at the University of Michigan-Flint Theatre. Nine dance routines were performed by FSPA students of all ages, including the Flint Youth Ballet, the Children’s Performance Workshop, the Youth Dance Ensemble and the Adult Ballet Ensemble, as well as two performances by the Dort Honors and FSPA Honors String Quartets.

Randall Taylor was one of the parents in attendance for the event. His daughter, Imani, was among the night’s performers. Taylor is originally from Los Angeles and he has been a strong supporter of the performing arts for many years. He joyfully detailed how impressed he is with the level of instruction provided at FSPA. “What the Flint School of Performing Arts provides for these children is second to none,” he said. “I’ve attended these things in Harlem and in Detroit, and [FSPA] is top notch. Who would have thought that Michigan would have the level of instruction needed to send these young students out into the world ready to dance?” Taylor lamented how underrated FSPA is, and how so often news about esteemed events and organizations in Flint is overshadowed by unrelated negative press. “This [school]is borderline world class, and very few people in the area even know about it.”

Did we whet your appetite? Check out FSPA’s 2013-2014 season schedule to keep apprised on this renowned performing arts school – right here in Flint!