On June 9, over 400 people from 90 different cities gathered at Grand Blanc High School to participate in an event benefitting the Michigan Ovarian Cancer Alliance and raise awareness of the disease in the area.

Kirk and Marie Heath started the annual 5K Teal Track & Trail Race in 2014 in memory of their daughter, Wendy Heath Heiser, who lost her battle with ovarian cancer in 2012. “We have teams that come to support survivors and teams that come to support family members who have lost a loved one,” Marie said. “We make the event high-energy and upbeat, while acknowledging those lost.”

A highlight of the event is the Zumba warm-up led by four-year cancer survivor, Kim Thiel of Grand Blanc, and her “Zumba Sisters.” Following a stirring rendition of “The Star-Spangled Banner” sung by Ronald McDonald, there was a balloon launch just prior to the race. The Grand Marshall was Christine Mitchell of Flint, celebrating her third anniversary of being cancer free. Cancer survivors received a “Survivor Sash” to wear in the race.

“The goal of this annual event is to celebrate women who battle ovarian cancer, so that they know they are not alone in their fight,” Heath adds.

The event’s title co-sponsors were HAP (Health Alliance Plan) and Grand Blanc Arches (McDonald’s restaurants), in addition to dozens of other sponsoring companies and individuals. All proceeds benefit the Michigan Ovarian Cancer Alliance, which was established in 2011 to promote saving women’s lives through early detection of ovarian cancer and improved treatment outcomes. In addition to community outreach and education, MIOCA provides advocacy, resources and support throughout Michigan. This year, the Teal Track & Trail event raised over $20,000 to bringing its four-year total to +$70,000. 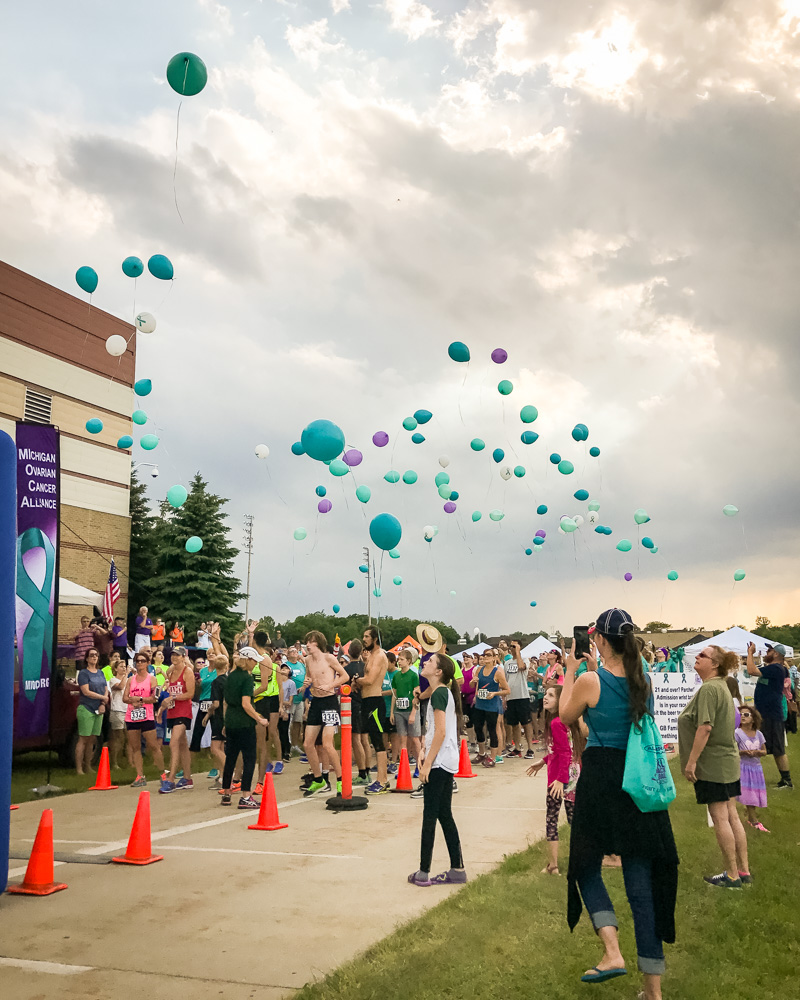 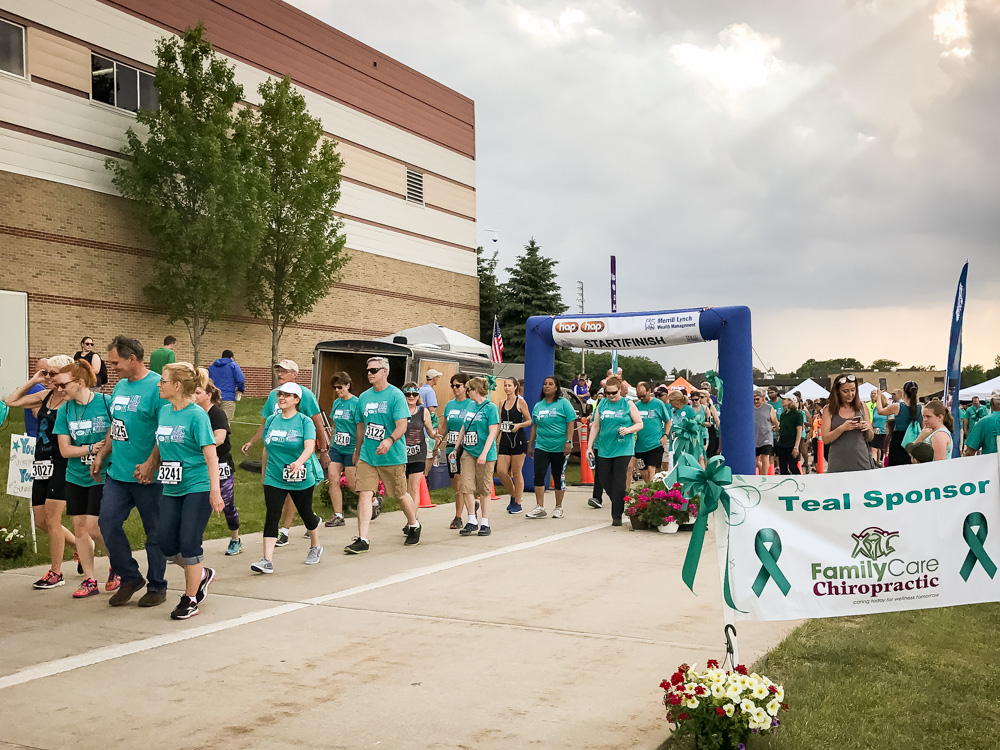 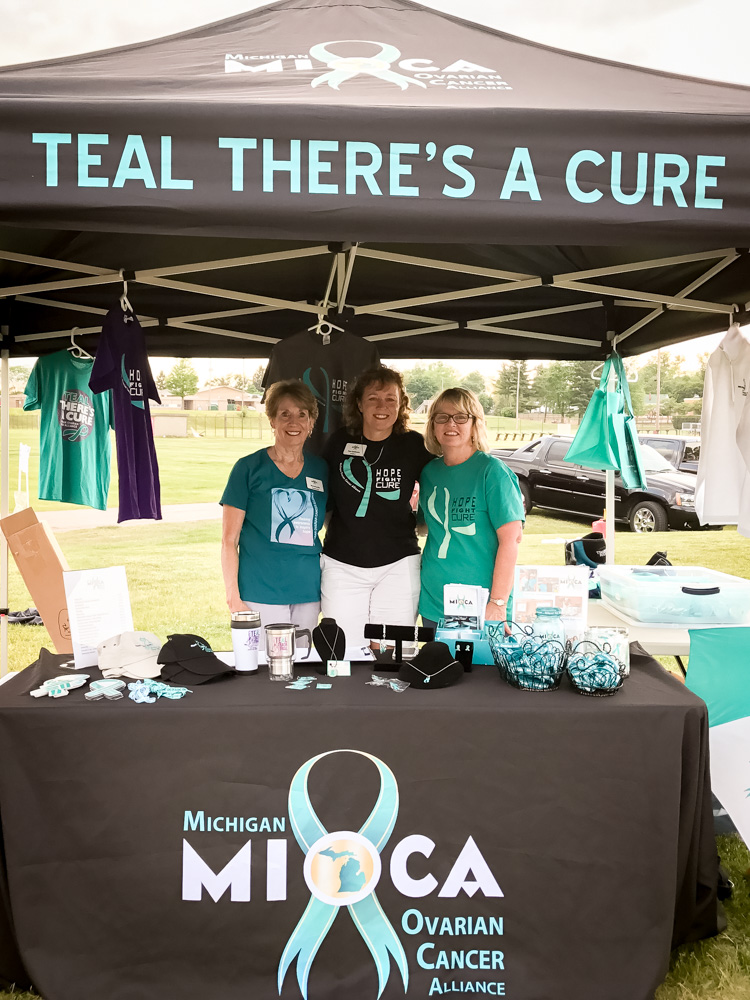 This year’s participants were inspired by the event. “This is the third time I have done this race,” commented Jaynie, a Davison resident. “It’s a great cause and way to remember and honor my grandmother.” Added Kristina from Potterville, “I’m a six-year ovarian cancer survivor, diagnosed in 2010 at age 20. I’ve been wanting to run a race that supports the cause and found this race. I really enjoyed the race, the course, the crowd … everything!” Amanda Itliong of Rochester shared, “I was first diagnosed at 29, and I have cancer for the fourth time at 37. It’s just awesome to see so many people wearing teal.”

Ovarian cancer is the most lethal gynecologic cancer and a leading cause of cancer-related death in women. The survival rate has barely improved since the “War on Cancer” was declared over 40 years ago. Due to the lack of an early detection test, over 80 percent of women are diagnosed at a late stage. For these reasons, increased awareness and advocacy are critical. The American Cancer Society estimates that there will be 22,440 new cases of ovarian cancer in 2017 and 14,080 women will die from the disease. Only 15 percent of women are diagnosed early when survival outcomes are most favorable, and 80 percent of those diagnosed will experience a recurrence.