The kitchen at Mott Community College’s Culinary Arts Program is bustling with activity as students learn how to make cheese from Chef Mark Handy. Chef Mark teaches the garde manger class, in which students are taught how to prepare different foods produced in the cold kitchen, including cheese-making, smoked and cured foods, salads and salad dressings, cold sauces and soups, to name a few. And the students are in good hands. Chef Mark was recently one of 26 chefs inducted into the American Academy of Chefs, a great achievement. According to Dawn Hibbard, Communication Specialist at MCC, Chef Mark is one of only 20 chefs in Michigan to receive this honor. Chef Mark explained that there are 17 mandatory requirements to even be considered, and a chef must be nominated by two AAC members. He was sponsored by Chef John Zehnder and Chef Rajeev Patgaonkar. 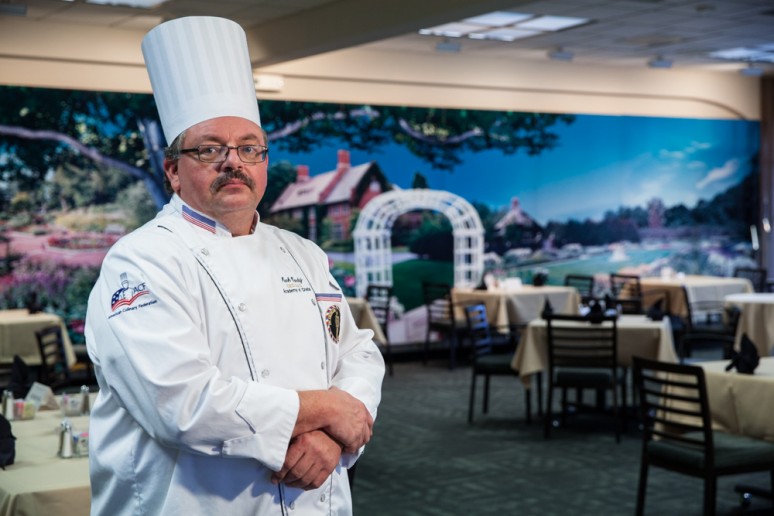 Mark’s passion for food began when he was just a little boy in his grandmother’s kitchen. “She made me a chef’s apron, put me on a stool in the kitchen, and I would help her cut biscuits and make fried chicken,” he remembers. “She was a southern lady and there was something so comforting about the food she made.” So, when Mark graduated from Swartz Creek High School where he had completed the culinary co-op program, he decided to pursue the Culinary Arts Program at Lansing Community College. It didn’t go so well; on his first day he went through three hours of sensory tasting, which made his stomach turn flip-flops. “I didn’t want any part of it,” he laughs. 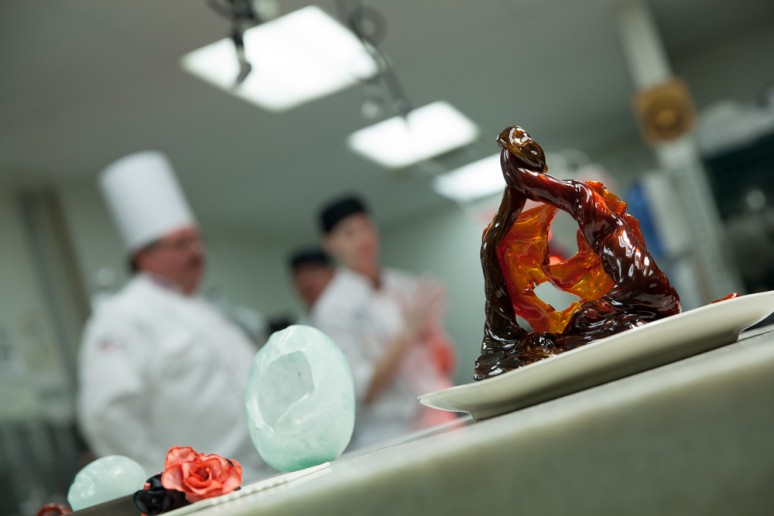 He continued to work in the food industry, and later completed the culinary program at MCC. He got his first big break working at Bosley’s under the direction of Chef Dave Minar (who is also known as wild game chef “Dixie Dave”). Chef Minar went on to become the executive chef at the Sheraton Inn in Flint and Mark followed him there to work as a sous chef. He took over as executive chef at the Sheraton at age 24.

Since then, Mark has furthered his education; he graduated from Mott Community College with an associate’s degree in Culinary Arts, and earned a bachelor’s degree in Business Administration from Northwood University. He is currently pursuing his MBA at Northwood/DeVos Graduate School and will graduate next year. Throughout his career, Mark has worked at various positions and restaurants including the Market Street Inn, Bavarian Inn Lodge, Gepetto’s in Frankenmuth, where he met his wife (she was a waitress there at the time), and the City Club of Lansing. “Today, I enjoy teaching,” says Chef Mark. “After 24 years in the industry, it is nice to be able to pass my knowledge on to the next generation.”

There are about 300 students at MCC in three programs in the area of cooking: Baking & Pastry Arts, Culinary Arts, and Food Service Management. Chef Mark is also working on certification as an approved Certification Examiner, as MCC’s Baking & Pastry Arts Program recently qualified to be a test center to host culinary and baking and pastry certification exams. It is one of 11 approved sites in Michigan, according to Dawn Hibbard. Chef Mark says the Culinary Arts field is booming and a good career to get into right now. “There is a tremendous shortage of food service workers,” reports the chef. “Other countries are offering bonuses and incentives. There is a great demand right now.” 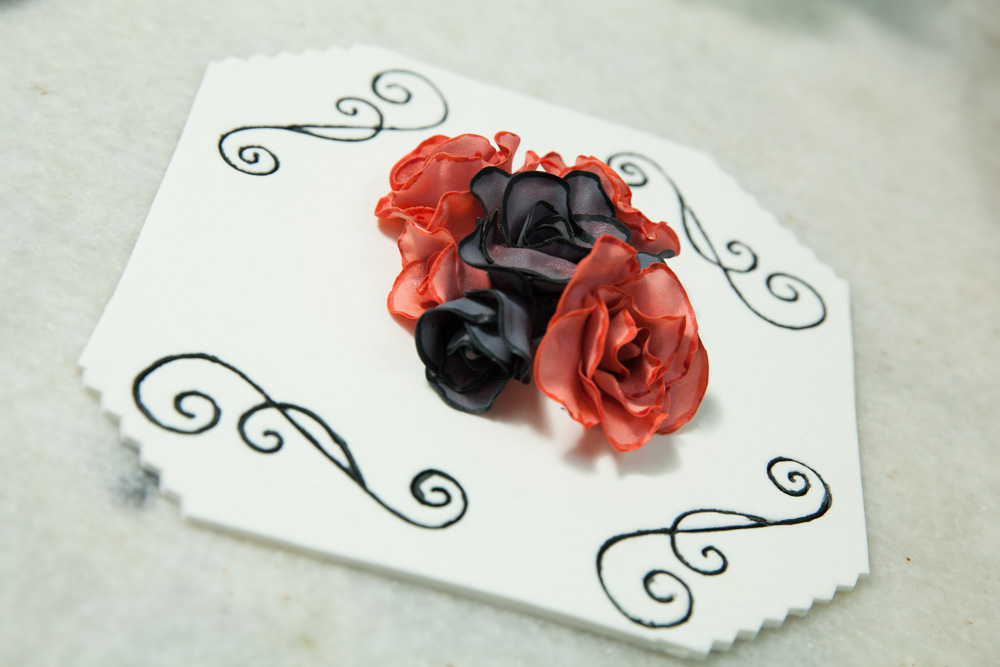 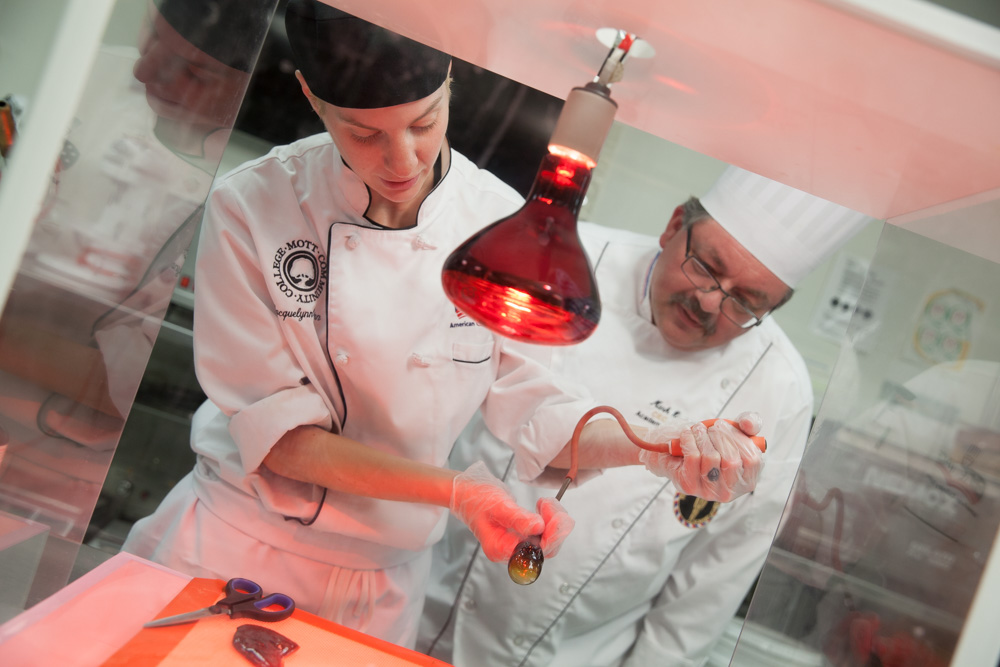 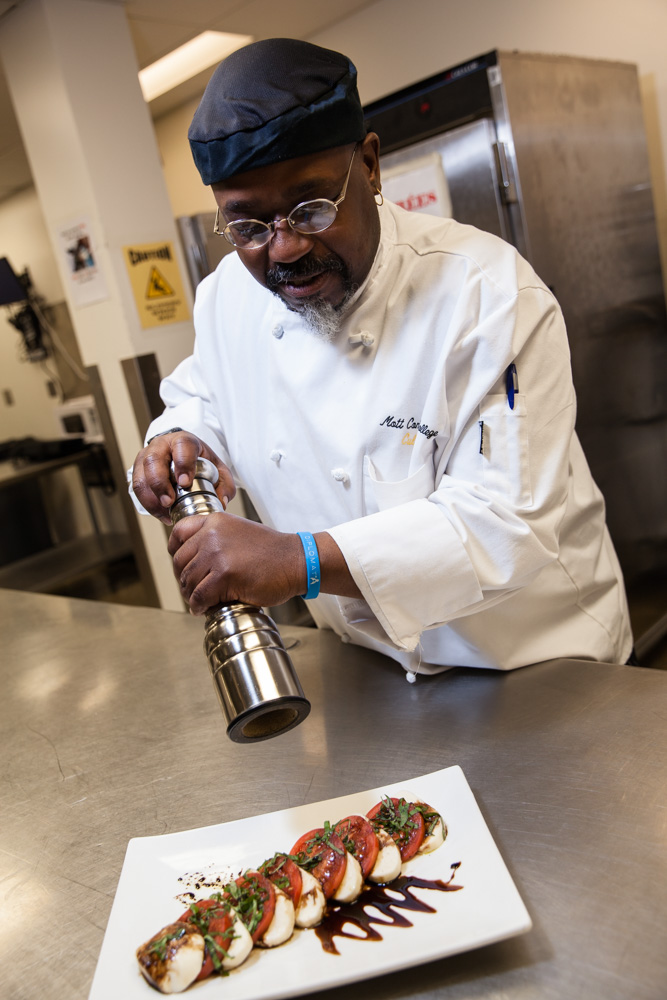 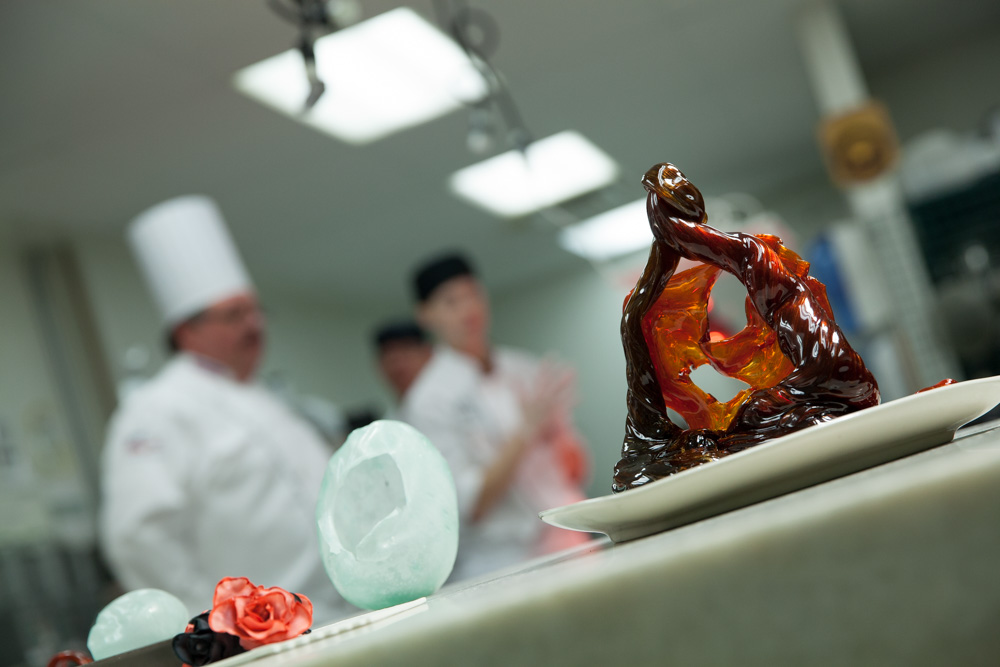 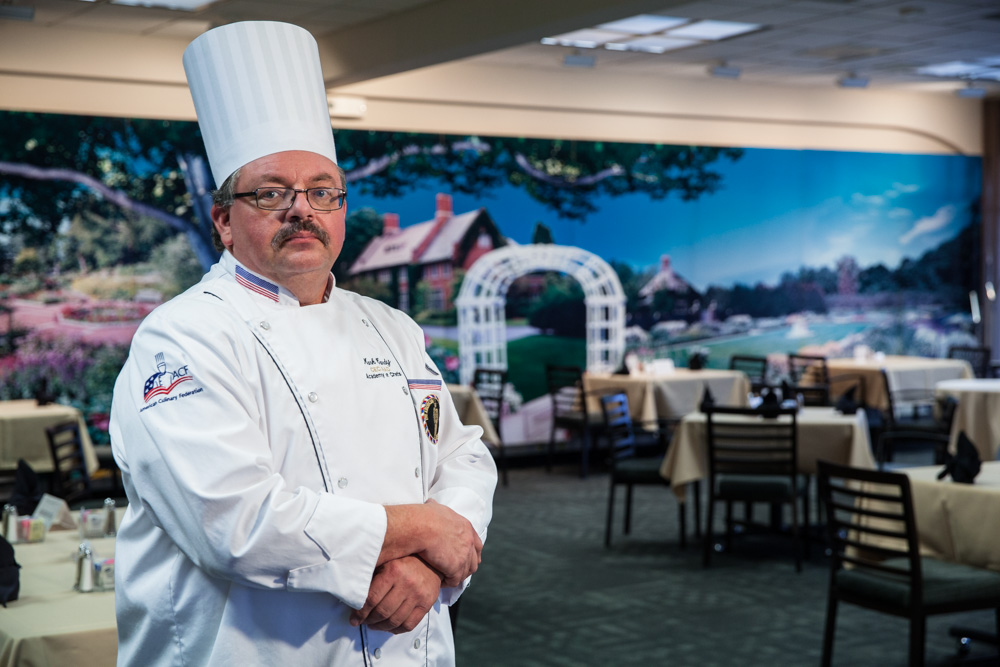 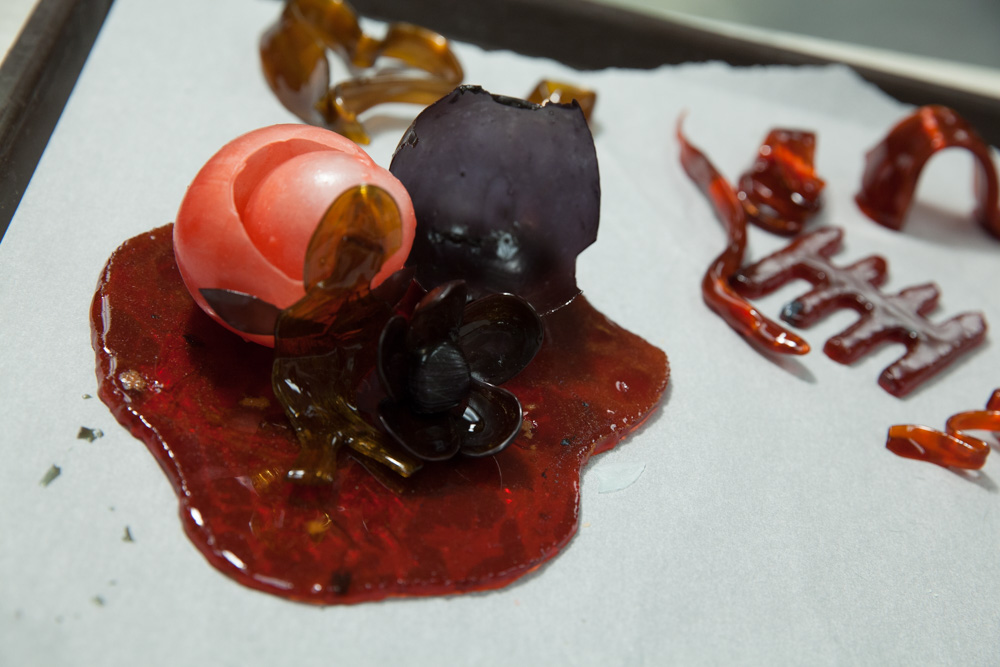 Applewood Café, a student-operated fine-dining restaurant on the MCC campus, is a showcase for the work of the culinary students. Matthew Cooper is the program coordinator, and the instructors include John Lucchesi, Management Instructor, and David Miller, Pastry Chef Instructor. “Every class has a part in the final product. It all fits together like a glove,” says Chef Mark. For instance, Mark’s class prepares the sauerkraut and corned beef for Applewood Café’s popular Reuben sandwich.

In his spare time, Mark enjoys spending time with his family and his wife, Angie, who is a nurse in the Burn Unit at Hurley Medical Center. He loves cooking at home. “I love grilling and fresh food, and I really love seafood,” he says. “My kids boast about having a chef for a father.” The Handy family will be treated to a seafood feast on Christmas Day, including lobster, crab legs and fresh scallops. Prime rib is another holiday favorite.

Chef Mark’s advice for future chefs? “You have to have the passion for it,” he says. “If you don’t, you are never going to make it. And, you have to like change and be a hard worker.” The chef is also very proud of his accomplishments and induction into the AAC. “It is the culmination of my whole career,” he shares. “They are seasoned chefs and I feel very honored.”