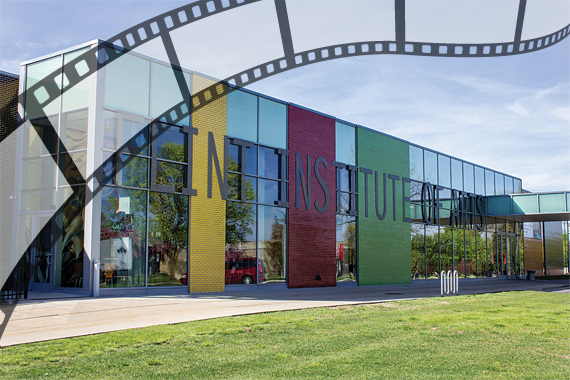 When I reviewed movies for The Flint Journal, the summer season was my busiest time of year. But of late, as I’ve been overseeing the nine-months-a-year film program at the Flint Institute of Arts, the warm-weather season has become a hiatus of sorts from the flickers. Given the lack of diversity in Hollywood summer fare – more than ever packed with franchise blockbusters, sequels and TV re-hashes – I haven’t felt much of a loss.

By the time you read this, I expect to have seen the newly opened Godzilla, Million Dollar Arm and X-Men: Days of Future Past (at the least), but there isn’t much among June releases to grab me. Except one, and it’s slated to open June 20 – the weekend after our 2013-14 FIA film season ends – so… no excuses to stay away.

It’s Jersey Boys, the big-screen version of the smash Broadway hit musical about the iconic pop group, The Four Seasons. It’s a great show on stage, so expectations will be high. My only concern is about the director, Clint Eastwood. Great filmmaker, yes, but his only experience with musicals was as star of the forgettable Paint Your Wagon. (Remember that “I Talk to the Trees” number?) Fortunately, we won’t get to hear Clint sing any doo-wop.

I’m also intrigued by the latest Tom Cruise sci-fi flick, Edge of Tomorrow, which opens June 6. Cruise has made some good choices in that genre, and the early buzz on this one is promising. As for the rest of the new flicks this month, I’ll likely pass on 22 Jump Street, Think Like a Man Too and especially Transformers: Age of Distinction. One Transformers movie was enough for me.

Anyway, the FIA has two final offerings this month to keep me occupied. Coming June 6-8 in the FOMA film series is Gloria, a seriocomic tale from Chile about a free-spirited divorcee who enjoys a budding romance in the nightclubs of Santiago (110 min., R).

The season finale is a Danish drama, The Hunt. This Oscar nominee for Best Foreign Film is highlighted by a terrific performance by Mads Mikkelsen (A Royal Affair and TV’s Hannibal) as a teacher whose life is shattered by a student’s lie (115 min., R). It plays at the FIA on June 12, 13 and 15 (no show on the 14th).

Thereafter, the FOMA series takes a break until just after Labor Day, and I can enjoy listening to The Four Seasons sing “Sherry” and “Walk Like a Man” without distraction.