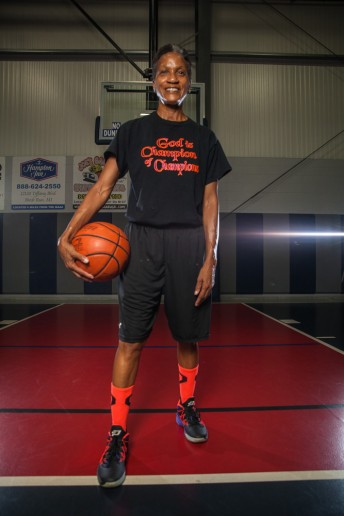 When Linnell Jones-McKenney was eight years-old, she had a clear picture of who she would become and what she would do with her life. “I had a dream I’d play professional basketball, work with young people and I would establish a youth activity center,” said Linnell, 56, a Flint native, basketball legend, 2002 Greater Flint Afro-American Hall of Fame inductee and 2005 Greater Flint Area Hall of Fame inductee, who has miraculously accomplished two of the three visions she had as a child.

“I believe most people have a vision or dream about what they’re going to do with their lives when they’re eight or nine years old,” she says. “But it’s really about listening to what God is calling you to do, knowing what your purpose is and being able to work hard to make it happen, make it real and know that is your assignment from God.”

Young Linnell was raised on the north side of Flint along with six brothers and a sister, never missed Sunday church service or Wednesday Bible study, and played basketball persistently in the local park. “I remember boys ringing the doorbell and they’d ask if Linnell could come out and play. My dad would say, ‘Don’t you mean you want one of my sons to come out and play?’ ‘No, we want Linnell,’ they’d say. They wanted me because those boys knew I was good at basketball,” she laughs.

So good in fact, she played on the boys’ basketball team at Bryant Middle School because a girls’ basketball team didn’t exist. It was as a middle school basketball player when Linnell remembers kicking off her public speaking career. “In middle school, I was organizing little groups of kids and talking to them about being true to their dreams,” she says.

For the next four decades, Linnell would broaden her pep-talks and inspire others about staying true and focused on their dreams. She would become a professional motivational speaker, and Flint Journal column writer. She mentored people she met in every stage of her college and professional basketball career – from Ferris State University to Saginaw Valley University to Kentucky State University to the 1980 Olympics to the St. Louis Streaks Women’s Professional Basketball to the European Professional League. Recently, at age 55, she returned to basketball and played for the Flint Monarchs (Women’s American Basketball Association) and continues on as their assistant coach.

Her basketball achievements took her around the globe and back to Michigan – where, today, she continues to inspire young people, elementary to college age, through her basketball camps, clinics and workshops at the MAAC Sports & Fitness Center in Clio and at Baker College in Flint. There, she inspires others with her wisdom about life, education, sports, dreams, goals and knowing God’s plan for your life.

“Playing basketball and working with young people is my passion,” she says. She’s an expert at blending basketball and motivational speaking. “It’s my life, and as one of God’s athletes, I’m glad to use my gifts and talents to help others find their dreams, reach their potential and to live the best life they can live.”

While at Flint Northwestern High School, she earned Most Valuable Player, All-Conference, All-City and All-State honors. “I kept thinking about my dream to play professional basketball and wondered how that would work since there were no professional teams for women,” she says. “I didn’t know what to do, but I continued to pray about it, keeping God’s word and my dream alive in my heart.” 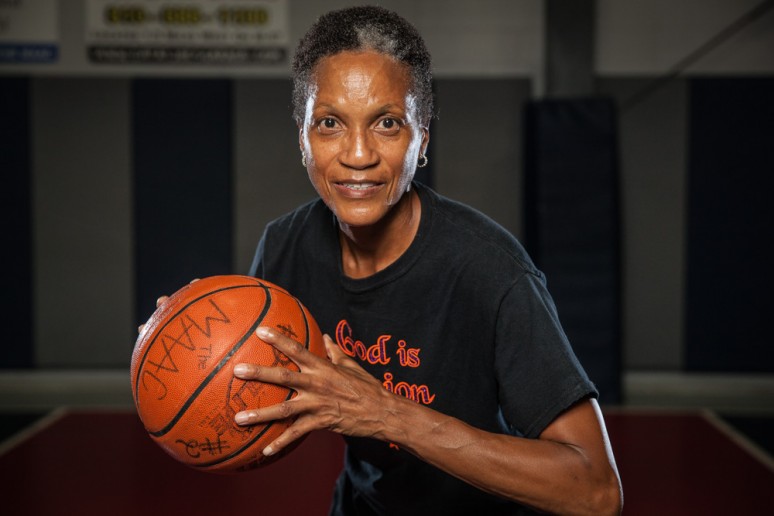 “As one of God’s athletes, I’m glad to use my gifts and talents to help others find their dreams.”

She remembers the day her father announced he had a job at Chevrolet lined up for her after graduation. “I said, ‘Dad I can’t take that job. I’m going to college.’ With the help of my sister, I began applying to schools,” she says. Ferris State University accepted Linnell and she reluctantly took out a loan to pay for her first year. “Scholarships were not all that common then,” she explains. However, her second year of college would be on a partial scholarship at Saginaw Valley State University. Eventually she would move on to a  full scholarship at Kentucky State University and earn an All-American title.

While out of state at KSU, some negative influences and the party-scene atmosphere seemed to permeate her environment. “I remember thinking to myself, ‘this is not me. I want something more out of life. I’m supposed to be working toward my dream of playing professional basketball. I knew I needed a change,” she says. That change came about when she happened to walk into a study room one day. “I walked in feeling empty, alone, like I had some sort of void in my life” she says. “I walked out recommitted to Christ, feeling on fire for God, my faith, and my dream to play basketball. My whole life changed in that room. I knew my purpose and was more ready than ever to fulfill it.” 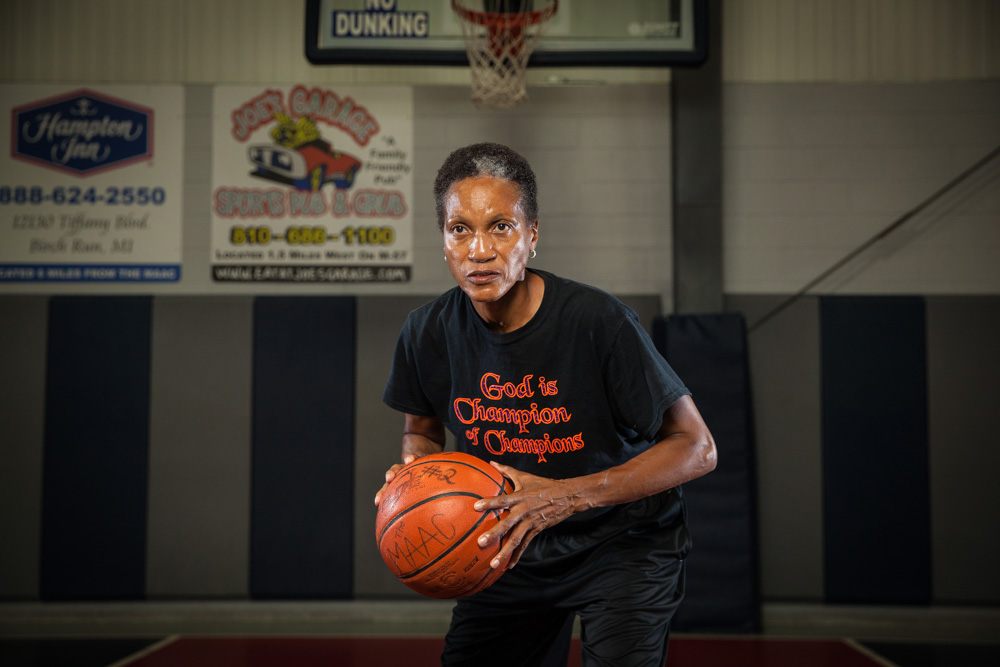 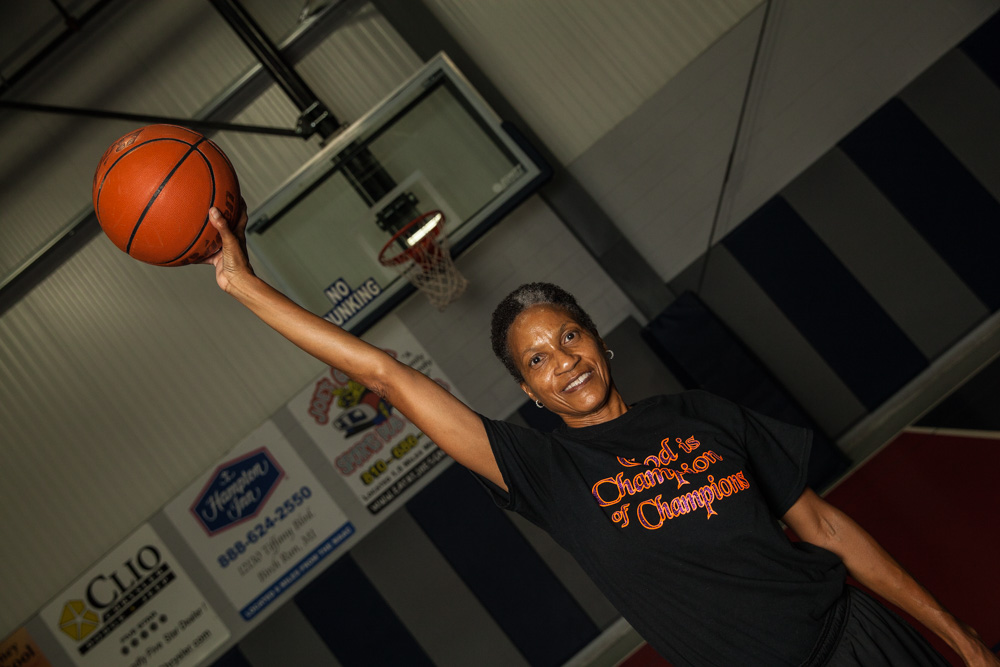 Renewed and revitalized, she continued exercising, reading her Bible, fine-tuning her game and being the best she could be on the court, which led to an offer to try out for the 1980 Olympics. “I flew on an airplane, tried out and made the cuts without a coach or any support person,” she says. The other female Olympic athletes she met soon began coming to her room where Linnell talked to them about God’s plan for their lives, and how she herself was working on discovering her own purpose from God’s point of view.

Not long after returning to college, Linnell received exciting news from the Women’s Professional Basketball League. “I was the fourth pick in the first round draft,” she says. “I ran up and down my dorm hallway filled with excitement because my dream was finally coming true – I was going to play professional basketball!”

She played pro basketball for one year until the league folded, and then was selected to play for the European Professional League. “I lived and played basketball in Rome, Italy,” she says. “I was living my dream.”

She scored a record-high of 84 points in one game and earned Most Valuable Player and All-Star titles multiple times. A knee injury brought her home to the U.S. where she entered a new phase of life. She married, had two children – Constance and Kimberly – who both earned college basketball scholarships, and she began working on a youth-centered project called, School of Champions. Linnell’s hope for School of Champions is to help inner-city teens turn away from pregnancy, violence and gangs, and focus on knowing God, going to college, excelling in God-given talents, and having positive values, self-discipline, and leadership skills.

With two of her three dreams coming to life, Linnell isn’t giving up on her third dream. “I’m slowly working on my dream to build a youth activity center,” she says. She’s met with Mayor Walling and General Motors officials about the old Buick City property as the location for the youth facility. “I believe I was born for this assignment and I know it will take hard work and effort, but our city is in need of a facility like this for young people. I believe this is God’s plan and I’ll do whatever I can to help make it happen.”