ELGA Credit Union is not your typical financial institution.

Nestled in communities such as Flushing, Flint, Burton, Goodrich, Fenton, Lapeer, Clio, Davison and Saginaw, are those eye-catching purple and gold ELGA Credit Union signs. However, it’s the philanthropic-minded people inside the buildings and their humanitarianism which make the organization special.

“We’re about educating, embracing and working together with our community partners to make a difference in people’s lives. We serve the underserved and donate in the form of time, education, effort and, of course, money,” says ELGA Public Relations Manager, Cheryl Sclater, who began her career as a teller and says she’s an, “old 1970s banker,” who is proud to have evolved with ELGA’s continually growing community outreach efforts. 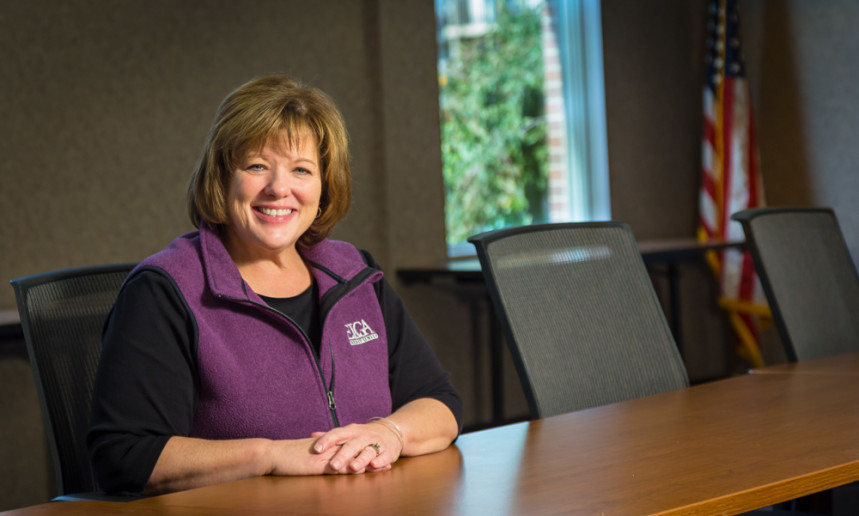 ELGA Credit Union has become synonymous with events such as the ABC 12 Diaper Drive, Relay for Life, Stuff-A-Blue-Goose, Bowling for Kid’s Sake, Back to the Bricks, and various other community events, and of course, their popular student-run credit unions located inside dozens of area schools.

Organizing and sponsoring ELGA events for good causes is Sclater’s dream job. “ELGA seeks out ways to make a difference,” she says. “When you ask your employees what matters to them, that’s when you get to the heart of their passion. If you get to their passion, then you can really move people to take action.”

Getting people to take action is Sclater’s specialty at ELGA.

She’s got a gold mine of more than 180 employees at her fingertips, representing generations from Baby Boomers to Generation Z, so she resourcefully digs for altruistic ideas from them and invites them to “bring me your passion.”

“When employees find their passion, it is very inspiring” she explains. “It’s not always the same, but they come up with their own unique way to carry on ELGA’s legacy of giving to others.”

After losing her mother to breast cancer, Hazard wanted to make a difference for those who lost their cancer battles, current fighters and survivors. So, ELGA partnered with the American Cancer Society and helped bring awareness and funds to a cause near and dear to Hazard’s heart. 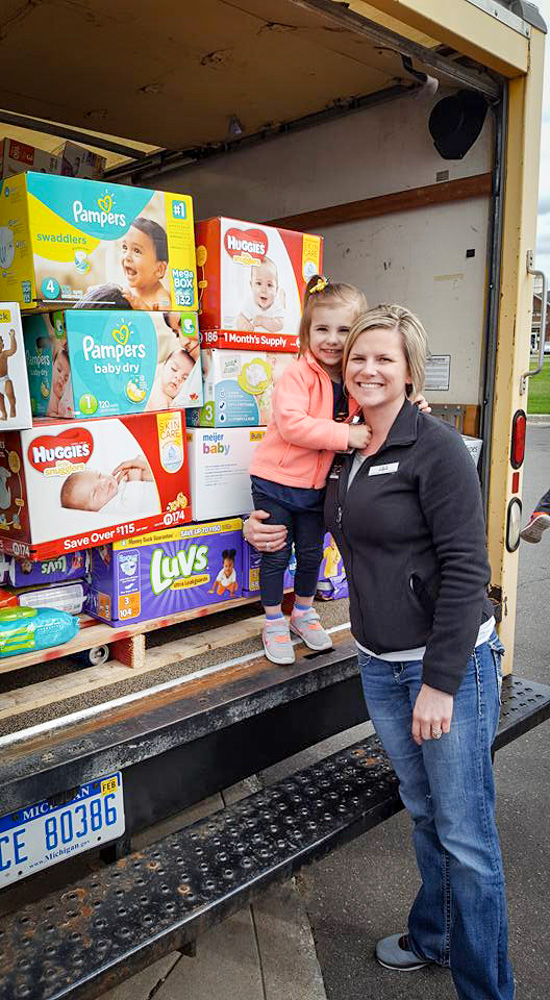 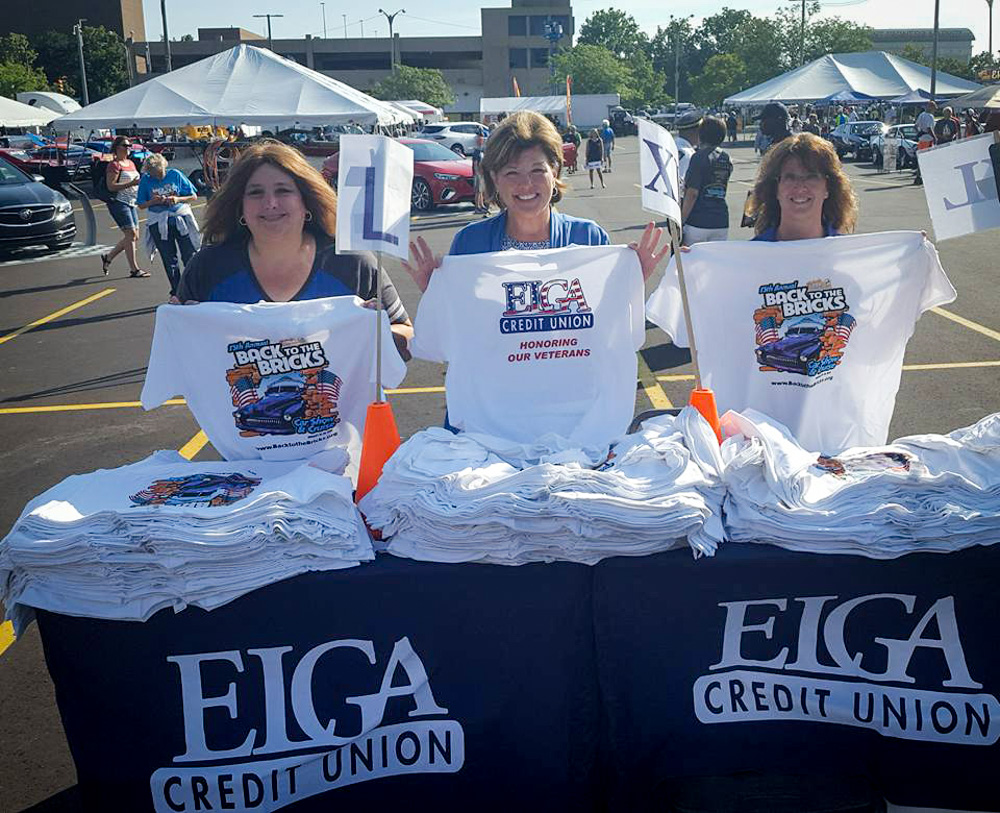 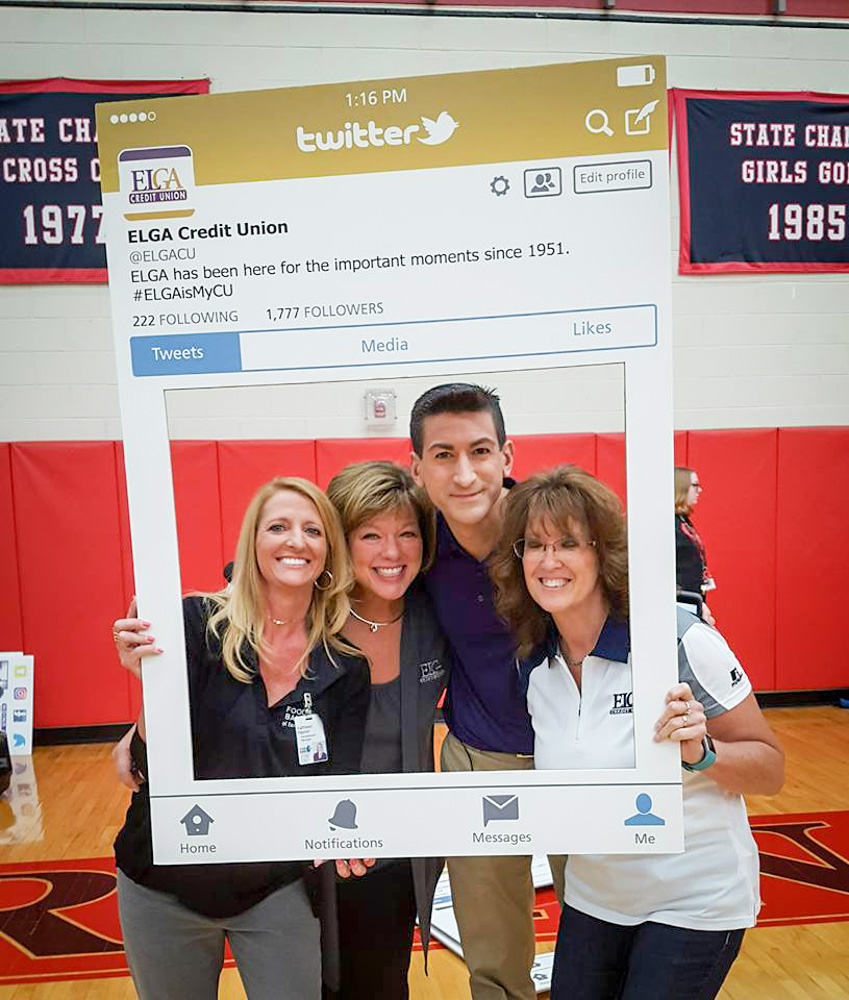 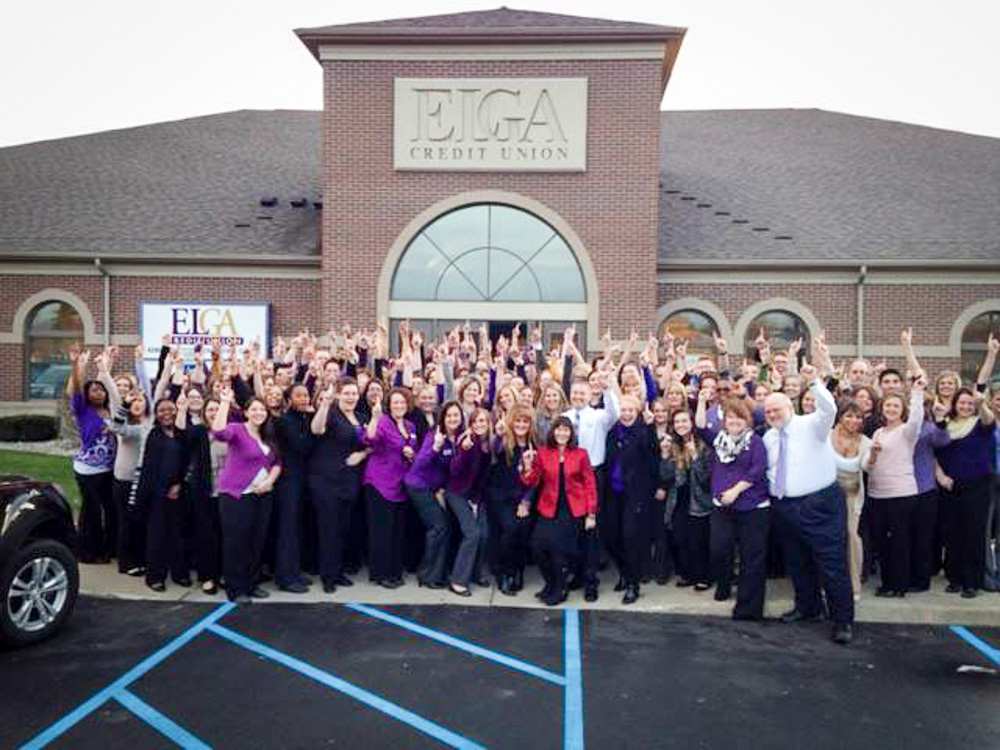 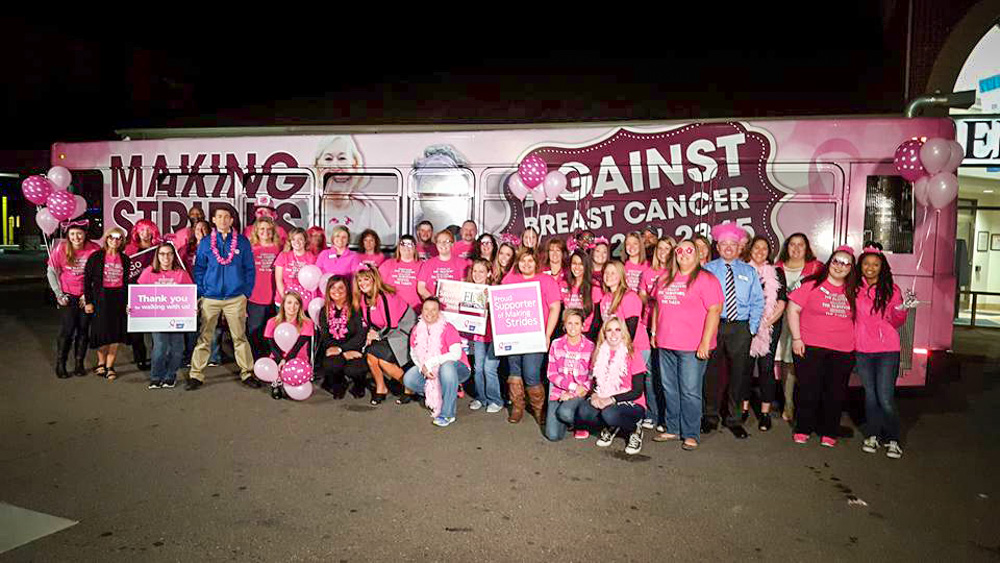 After their month-long breast cancer awareness and fundraising campaign, ELGA donated a check in the amount of $10,000 to the American Cancer Society. “I’m always amazed at the efforts and dedication ELGA associates put toward community events,” says Hazard. “Although this event had emotional challenges for me personally, ELGA truly is an organization that amplifies serving the community and helping people. Seeing the sea of pink walking the streets of Flint was very touching and gives a sense of hope to those impacted by breast cancer.”

Sclater also recalls when In-direct Lending Officer, Tracy Mandock, who was diagnosed with leukemia, came to her and said, “Cheryl, I need to make a difference.”

Those words set in motion ELGA’s “Thanks For Giving a Swab” Bone Marrow Donor Registration Drive in late November.

“In May 2015, I found out I was pregnant and at the same time, I was diagnosed with chronic myeloid leukemia,” explains Mandock. “My leukemia is well-controlled, and I’m very lucky to live a pretty normal life. However, I know that at any point that could change, and I would need a bone marrow or stem cell transplant to save my life.”

“Every year, nearly 20,000 Americans need a bone marrow transplant and 70 percent of them do not have a compatible match in their family, so they will need to rely on the registry to find a donor,” said Mandock. “This is why it is important to get as many people on the registry as possible, so I took the idea to Cheryl about hosting a donor drive. She was very supportive and loved the idea from the very beginning. We worked with Hank Graff Chevrolet in Davison and there was excitement over what we were trying to accomplish. I ordered 150 swab kits and used every one to get new people registered and available for doctors searching for matches for their patients.”

Sure, ELGA Credit Union has several branches in Genesee, Saginaw and Lapeer Counties to serve their members’ financial needs; but, their highly visible brand is best stated in their mission statement: People Helping People.

ELGA derived its name from a 1959 contest held by Consumers Power Company employees. The name incorporates the first two letters of the words electrical and gas. ELGA originally served Consumers employees, but now has a community charter allowing anyone to join who lives, works or worships in the counties ELGA serves.

Since the beginning, ELGA has made a local difference with their presence. Donations in the millions of dollars to hundreds of causes and charities through the decades is evidence of its benevolence and bountiful kindness and compassion for people.

“ELGA associates have a way of building relationships with people,” Sclater says. “Our organization does not hesitate to get involved in causes that matter. We work to be a pillar in our community that makes a lasting impact.”