Exciting things are happening in Downtown Flint! According to Tim Herman, President of Uptown Reinvestment Corporation (URC), renovations of the former Perry Drugs building at 600 S. Saginaw St. (corner of 2nd Street) are nearly complete, opening the door for six new retail units. Three of the units will be occupied and there is much interest in the remaining space. The new, street-level location provides more exposure to passing traffic for increased awareness and participation for events and artists, enriching Flint’s vibrant cultural scene. It also will be more accessible for individuals with disabilities.

Buckham Gallery, Michigan’s oldest artist-run nonprofit gallery, was the first tenant to make its new home in the newly-renovated building. Their new space allows greater accessibility to the gallery, which was located on the second floor of its previous location. A grand opening reception was held in January.

According to a recent press statement, an ELGA Credit Union branch location and KeLan Foard The Brand, a men’s clothing and grooming shop, are the next two storefronts to become tenants. Herman says they will be moving to the building in the next couple months. ELGA intends to open a new full-service branch that will feature two ATMs with interactive teller functionality. The initial four-member staff will also process transactions, new accounts, personal and commercial lending, along with investments. KeLan Foard The Brand, in addition to its line of custom and fine ready-to-wear men’s clothing, will offer full grooming, personal styling and etiquette classes. 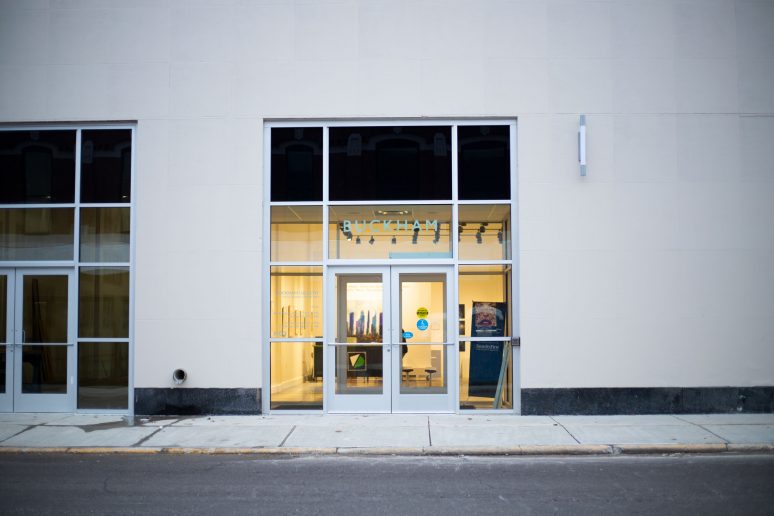 URC has owned the property since 2006 when they purchased the old Perry Drugs building from Genesee County, Herman reports. Perry Drugs closed in 1994. Renovations began on the vacant building last fall and construction is expected to be completed in March. “It’s a prime location,” says Herman. “We have been looking at the use of the building for a number of years.

It just made sense to develop it as retail space.” D W Lurvey is the general contractor and Gazall, Lewis & Associates is handling the architectural work.

According to Herman, the project will help meet a demand for smaller Downtown storefront space and bring an empty building back into productive use. “Once renovations of the roughly 9,000-square-foot building are complete and the spaces fully leased, the $1.4 million project will create about 15 full-time jobs with an average hourly wage of $15, according to projections,” he reports. URC is developing the property and Uptown Developments (UD) is a 50-percent partner. Principals at UD include: Gary Hurand, Ghassan Saab, Phil Shaltz and Troy Farah. “We are pleased to continue our effort in the redevelopment of Downtown Flint,” says Shaltz. “The Perry Drug project is just a continuation of efforts we started 15 years ago. We are confident the building will fill up quickly.”

In October 2018, the Michigan Economic Development Corp. approved a $200,000 Michigan Community Revitalization Program performance-based grant for the project, which was used to renovate the building. The Flint City Council also approved tax incentives for the property for 12 years under the state’s Obsolete Property Rehabilitation Act (OPRA). 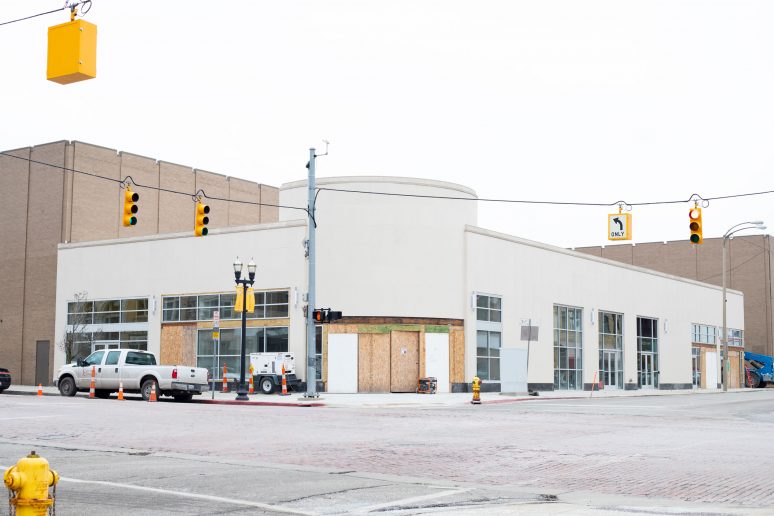 Herman says the Perry building project is a continuation of efforts to complete renovations to a cluster of buildings – including the Capitol Theatre, Dryden Building, Ferris Wheel Innovation Center and the Mott Culinary Institute.

“Located at a major crossroad, it will help attract businesses and talent to the area, increasing the tax base,” adds Herman. “This newly renovated retail space provides viable options for the growing entrepreneurial community and small businesses that will serve the needs of Downtown residents and workers, as well as visitors to the area. Combining this new space with existing spaces within the Capitol Theatre building and along Saginaw Street will help create a critical mass of shopping options Downtown.

“By renovating the Perry building into a small retail hub, we are providing entrepreneurs and small businesses – many incubated at the Ferris Wheel, the Flint Farmers’ Market and Factory Two – with access to appropriate-sized spaces that will allow them to grow into the next phase of their business,” says Herman. “It will also help diversify the Downtown business landscape into a 24/7 city center that serves the growing University student and young professional populations.”

At this point, it is not yet known what other retail units will occupy the building, but Herman says there has been a lot of interest from potential tenants including retail, restaurants and services. “We’re not done, yet. There’s more coming,” he says. But what Herman is really excited about is the creation of new jobs in the area. “We are creating jobs and that’s what we are all about!” 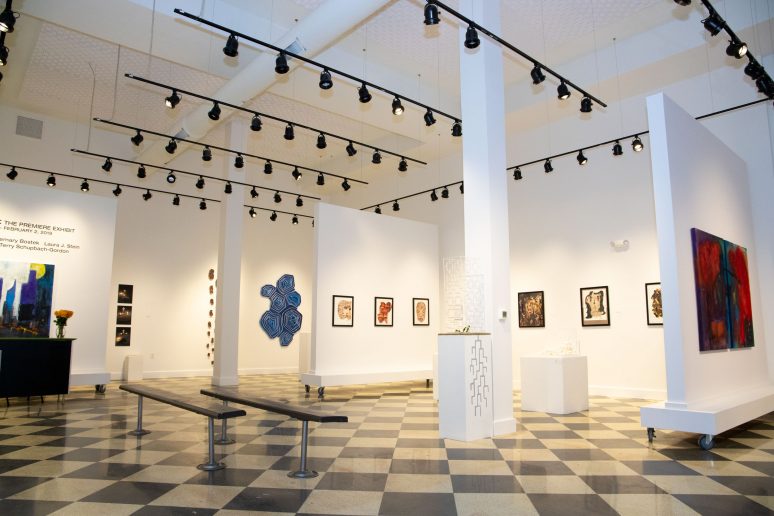