Kevin Croom could feel himself faltering.

Last New Year’s Day, he returned to Flint after spending five days helping his son move back to Michigan from South Carolina. Thankful to be sleeping in his own bed again, a weakened and exhausted Croom crawled into it, hoping to awake feeling better.

At roughly 4am, Croom stirred his fiancee while making his way to the bathroom. More than 30 minutes passed, prompting her to check on him. She found Croom semiconscious and called 9-1-1.

“I remember getting up to use the bathroom, but nothing else after that until I realized there were ambulance guys in my house,” Croom recalls. “I had no idea what was going on and asked my fiancee what in the world they were doing there. She answered, ‘You were gone so long and then, I found you halfway knocked out and had to call for help’.”

Croom was taken to Flint’s McLaren Hospital and soon tested positive for COVID-19. That marked the beginning of a nine-week hospital stay as his condition worsened before gradually improving.

Even amid such dire circumstances, Croom, as usual, was not thinking of himself first.

As operations manager of Flint’s Asbury Church, Croom oversees many programs and services which help hundreds, sometimes thousands of area residents in need every week. Being confined to a hospital room was not going to stop him. “No way – I had to be sure all the vital things our church does for the community were going to continue,” he shares. “I started making calls during my first day in the hospital, determined to still do the job the best I could from a hospital bed.” 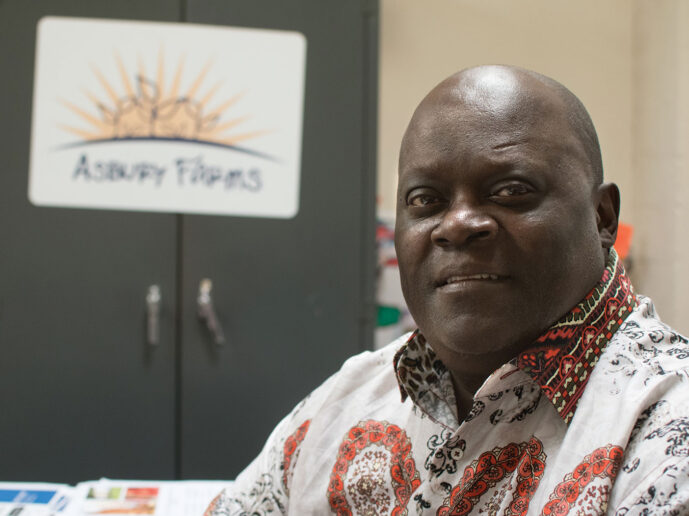 “I’m just a God-fearing man who gets so much joy out of helping people. They know they can come to Kevin.”

Croom’s resolve never wavered during a five-week stay at McLaren which was followed by four weeks at the Veterans Administration Hospital in Ann Arbor. He lost 80 pounds during the ordeal and emerged from it with lung damage that requires him to use supplemental oxygen.

The 59-year-old father of three and grandfather of eight still cannot stand on his feet for long, but remains a champion for the voiceless, even though there are times when his own voice escapes him as he struggles to speak.

While he now has to direct others to perform some tasks he once handled himself, like cooking meals, Croom’s workload has remained the same as it was pre-COVID.

Succinctly summarizing all that Croom does is nearly impossible, but, among other duties, he is director of Asbury’s farm-to-table operations and its executive chef. That includes overseeing Asbury Farm – one of Michigan’s biggest urban farming operations consisting of 18 hoop houses and 12 gardens – as well as Asbury’s cafe.

Croom also plays a major role in the church’s Neighborhood Connect program, which delivers bottled water and food to the elderly and disabled. Tuesdays are especially busy, with Asbury’s Health Center and food and water distribution program serving 400-500 families.

The Center is supported by ten agencies and service providers which are part of a mobile physical and mental health clinic run by Genesee Health Systems.

There is also Asbury’s youth-based program, Sizzling Culture, which teaches food storage along with meal preparation and planning. Asbury’s mobile food truck is part of this program, as well, and the church oversees the South Flint Soup Kitchen. 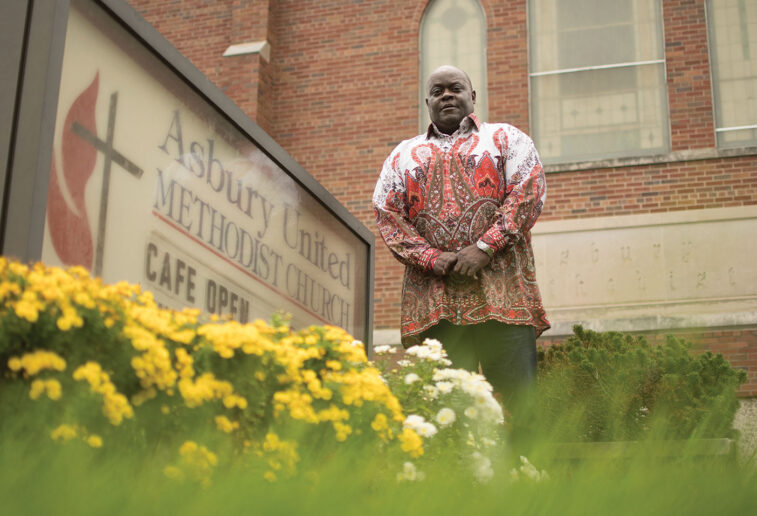 “Our vegetables are naturally-grown with no chemicals so they last longer, which gives people more incentive to choose them and other healthy foods.”

All of Asbury’s food-related programs are designed to help people make healthier meal choices and move toward self-sustainability. Croom estimates Asbury distributed more than 300,000 meals in 2020.

“Our vegetables are naturally-grown with no chemicals so they last longer, which gives people more incentive to choose them and other healthy foods,” he says. “I hear all the time from people saying they taste the difference. You won’t find fried chicken wings or greasy fries in our cafe or on our food trucks.”

Croom estimates he also fields about 15 calls a day from frustrated and concerned people asking him to connect them to services that can help with issues like health care programs, housing and paying their utility bills. “What we do is very vital because people who feel they have nowhere else to turn come to us for all kinds of assistance and answers that we can usually provide,” Croom says. “Without us, they could be missing out on free resources we can direct them to. It’s very rare when we can’t help somebody.”
Croom, a football and track standout at Flint Southwestern High School, has been either serving his country or community for more than three decades. 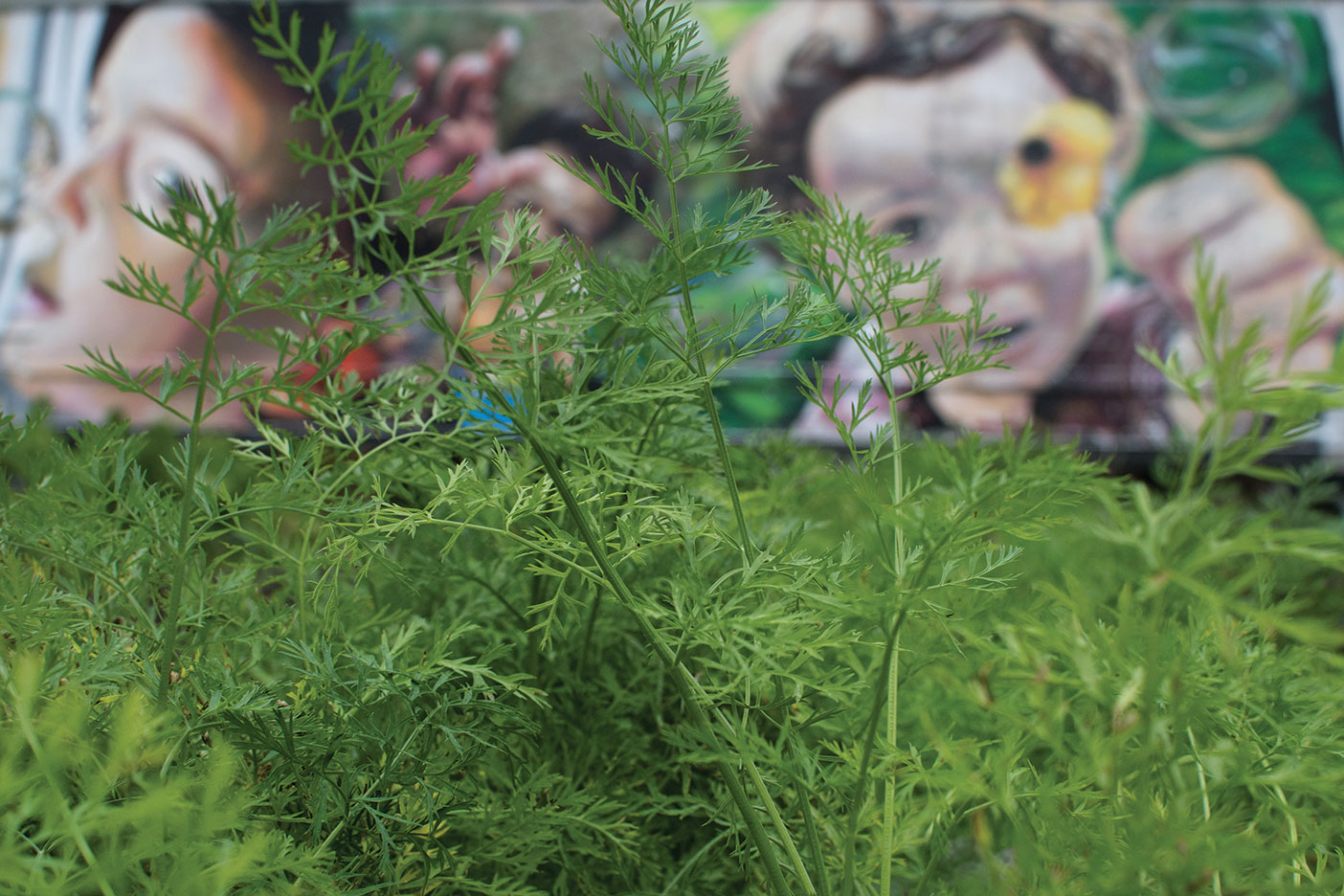 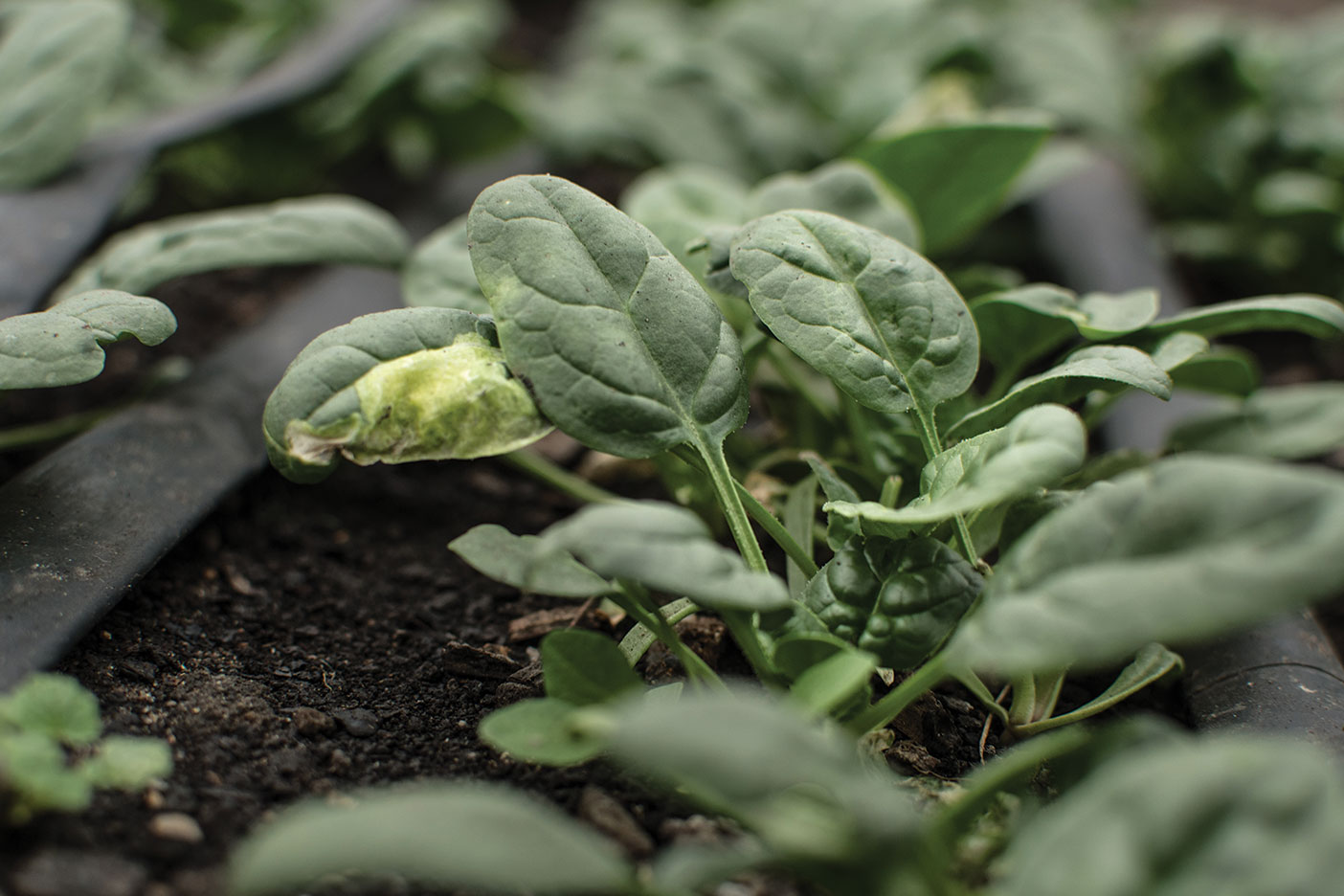 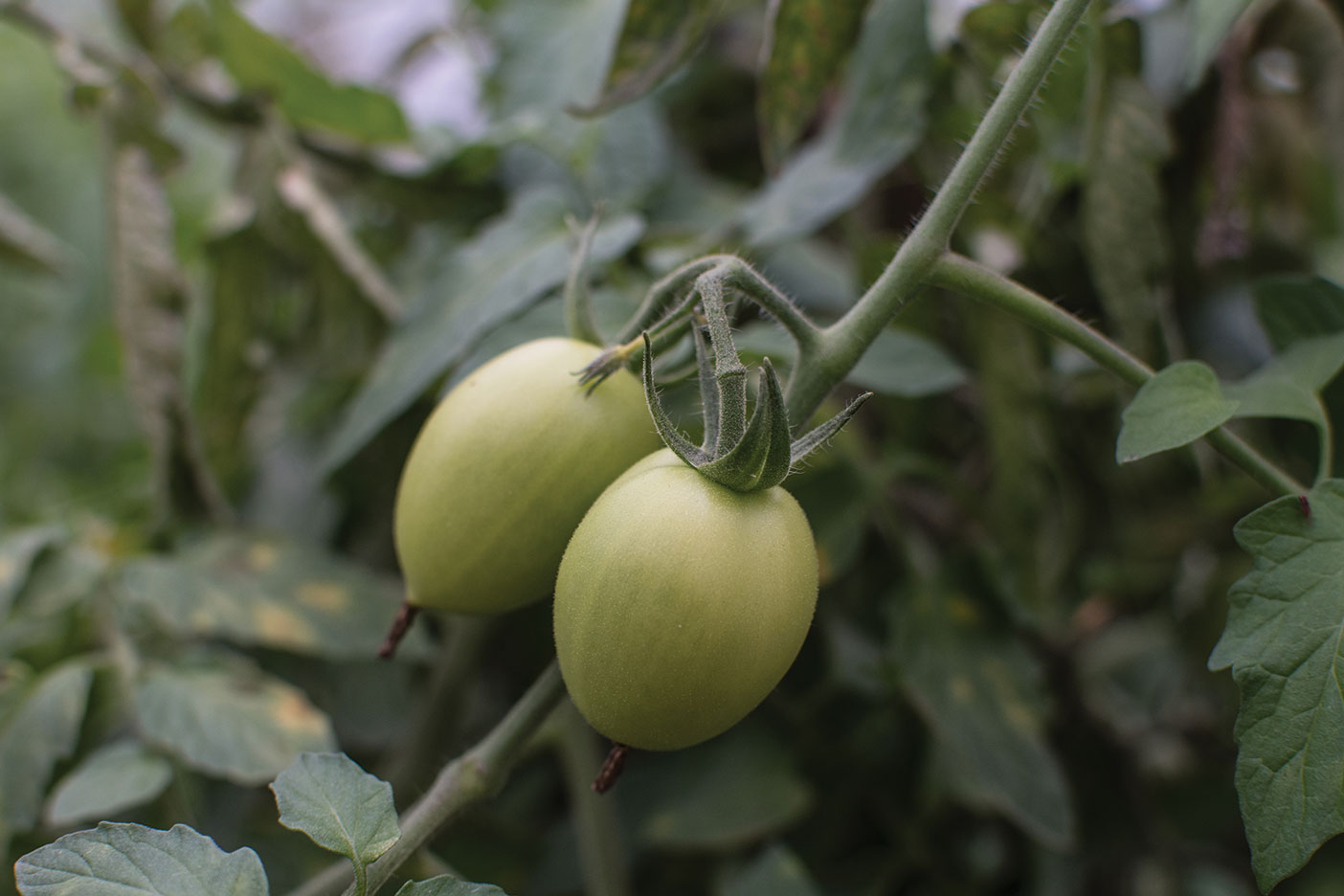 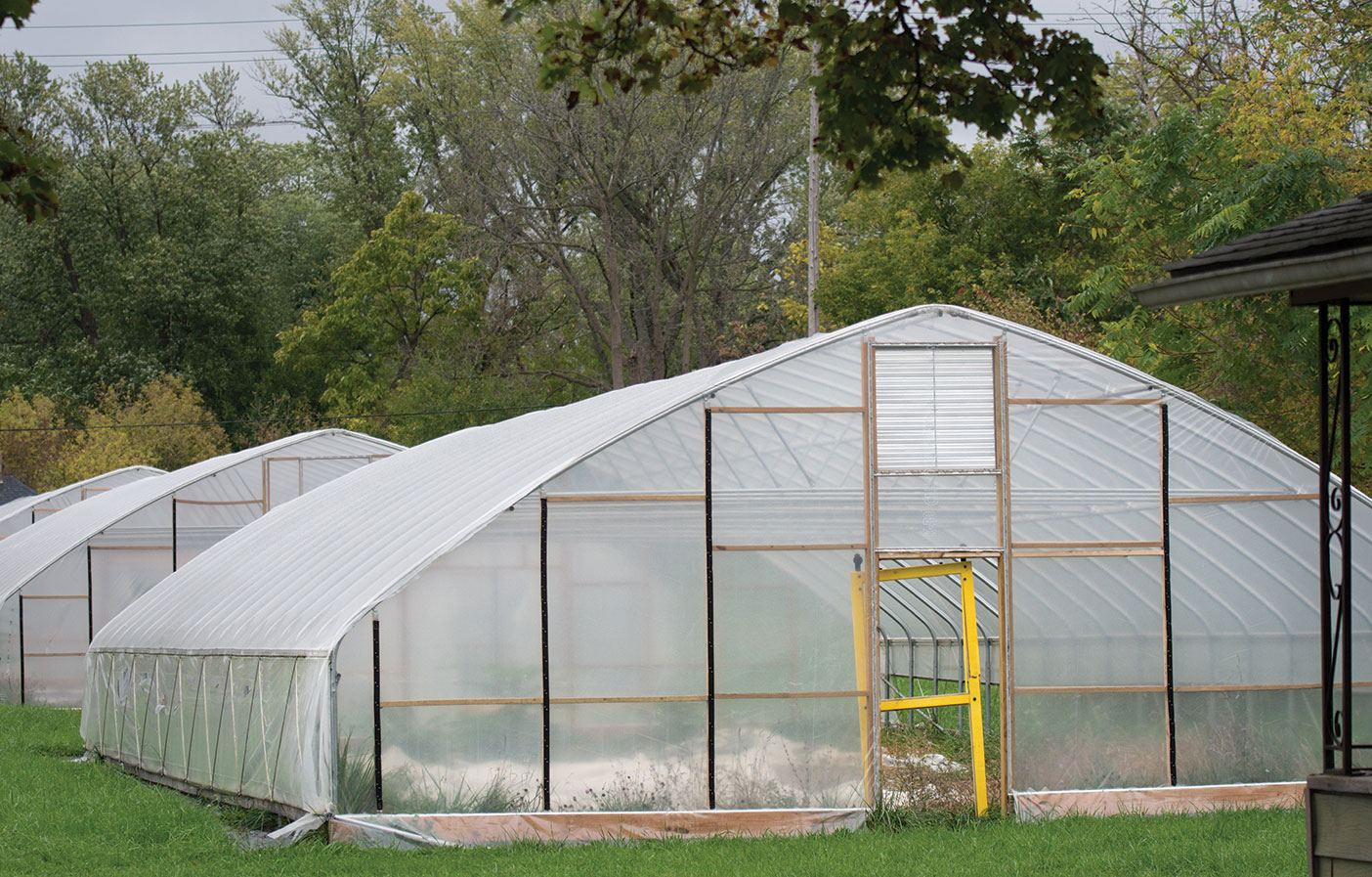 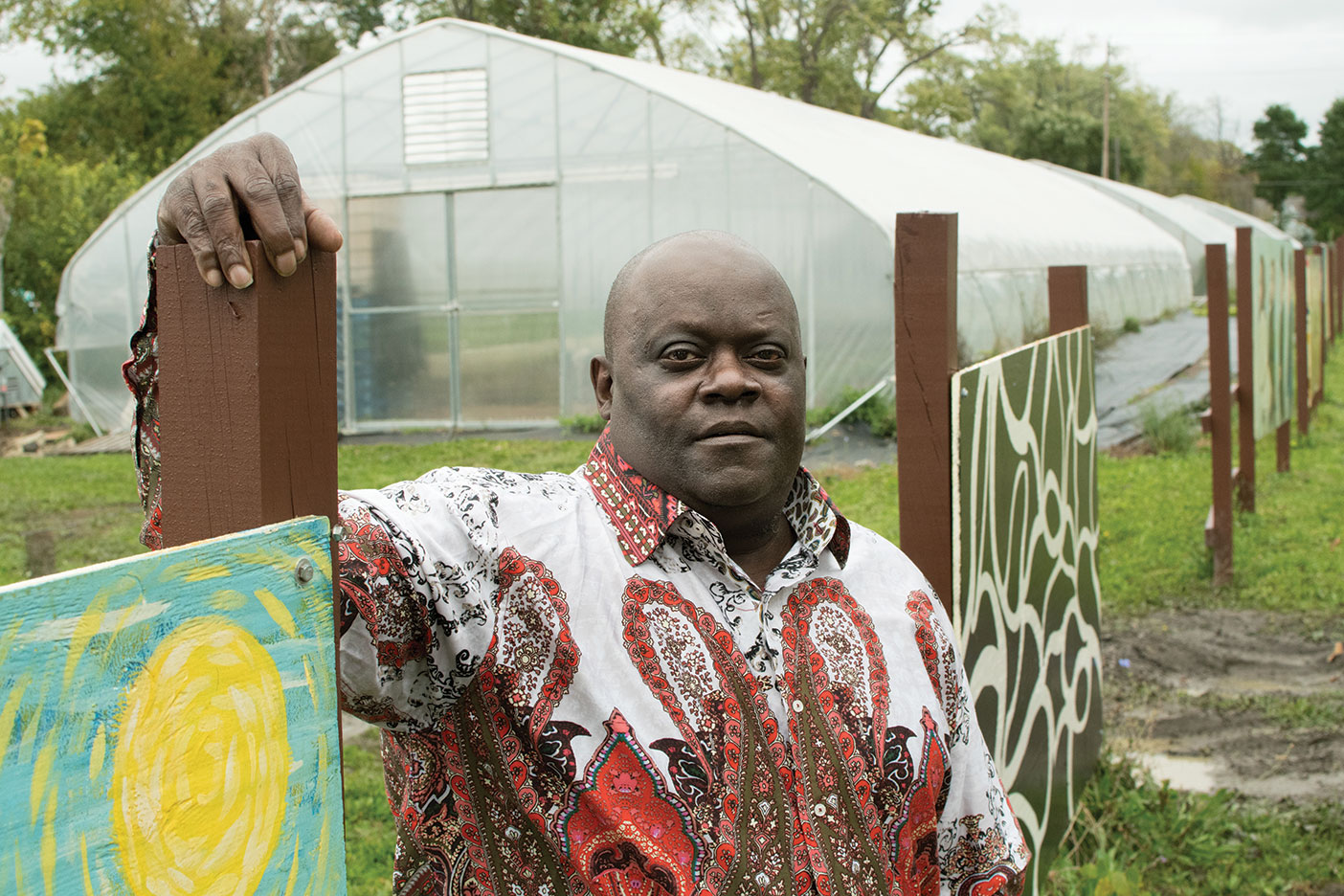 After playing college football at Northern Illinois, Croom began a six-year stint in the United States Navy in 1987. The Desert Storm veteran spent the first four years of his enlistment aboard a submarine before moving into food service.

He then returned to Flint and held a variety of food service operations jobs in the area until joining Asbury five years ago. Among them were helping open the Applebee’s location on Miller Road, as well as managing Kenny Rogers Roasters and Broadstreet North Restaurant. Croom also served as food service manager at the University of Michigan-Flint and Prestige Pointe, an assisted living facility in Grand Blanc.

Those experiences prepared Croom to thrive in his current role, one he is especially thankful to still be performing following such a dangerous bout with COVID.

“All credit to Jesus for the miracle that I can continue to do this, because doctors at the VA hospital said nobody else they had seen with my level of lung damage could get up, walk around and still talk to them,” Croom says. “I’m just a God-fearing man who gets so much joy out of helping people. They know they can come to Kevin.”