Tucked away downtown in the tiny village of Goodrich, you’ll find a hidden gem – Cranberries Café, which opened its doors as a breakfast and lunch place in 1994. Since then, it’s grown into a full-service restaurant and bar, operated by Patty Plant who co-owns the eatery with Bill Rausch. Patty’s husband, Mitch, makes all of the homemade soups and also trains the kitchen staff. 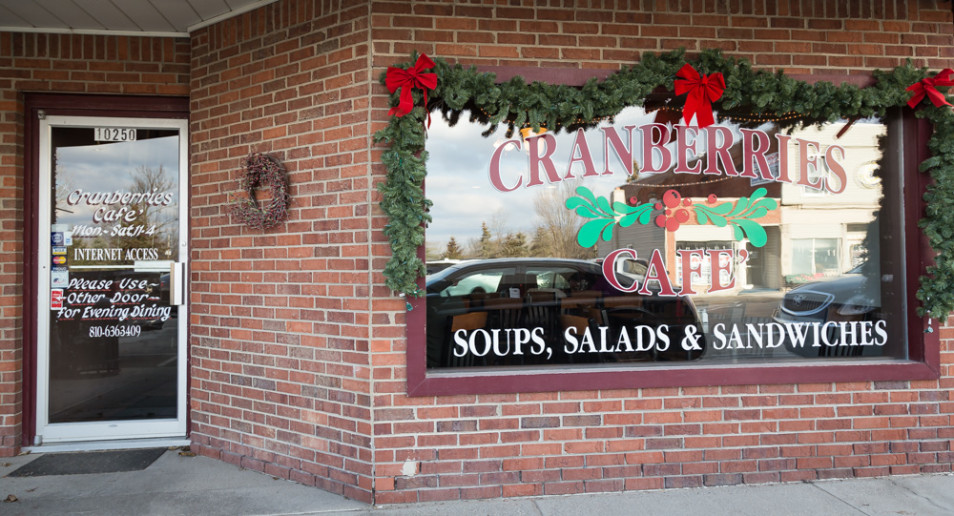 The building itself is part of Cranberries’ charm. Plant says the building’s original framework was constructed in 1836, and suffered significant damage in a 1998 fire. It was rebuilt and the restaurant was expanded. The antique cherry wood bar is over 100 years old and was originally in a tavern in Michigan’s Upper Peninsula. The wine cooler was once a floral icebox, and was found by a collector in Traverse City. The original tin ceilings and original flooring add to the vintage motif.

But what guests really like about Cranberries Café is the menu, with many dishes featuring tart and tasty cranberries, keeping with the cafe’s namesake. “Cranberries are good for you and very healthy,” Plant says, “and people like them!” You’ll find cranberry wine, cranberries in the salads, vinaigrettes, desserts and entrees such as the popular Chicken Wellington – poached chicken breast, cream cheese and cranberries wrapped in phyllo, drizzled with cranberry glaze and white sauce, topped with candied almonds. 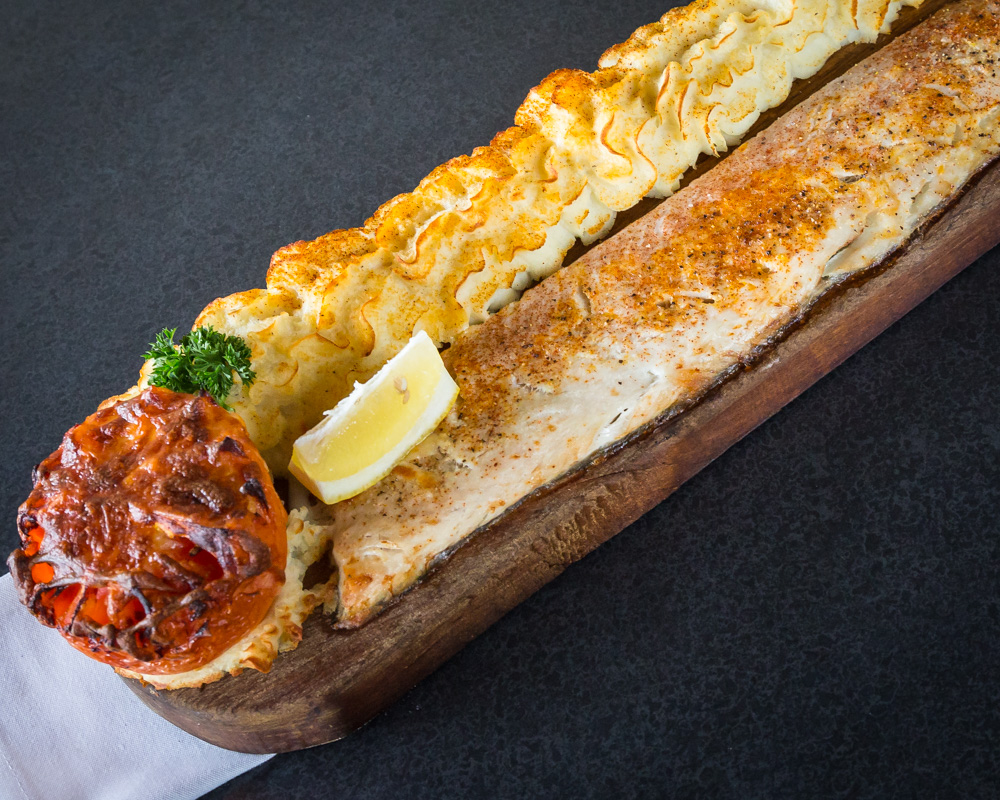 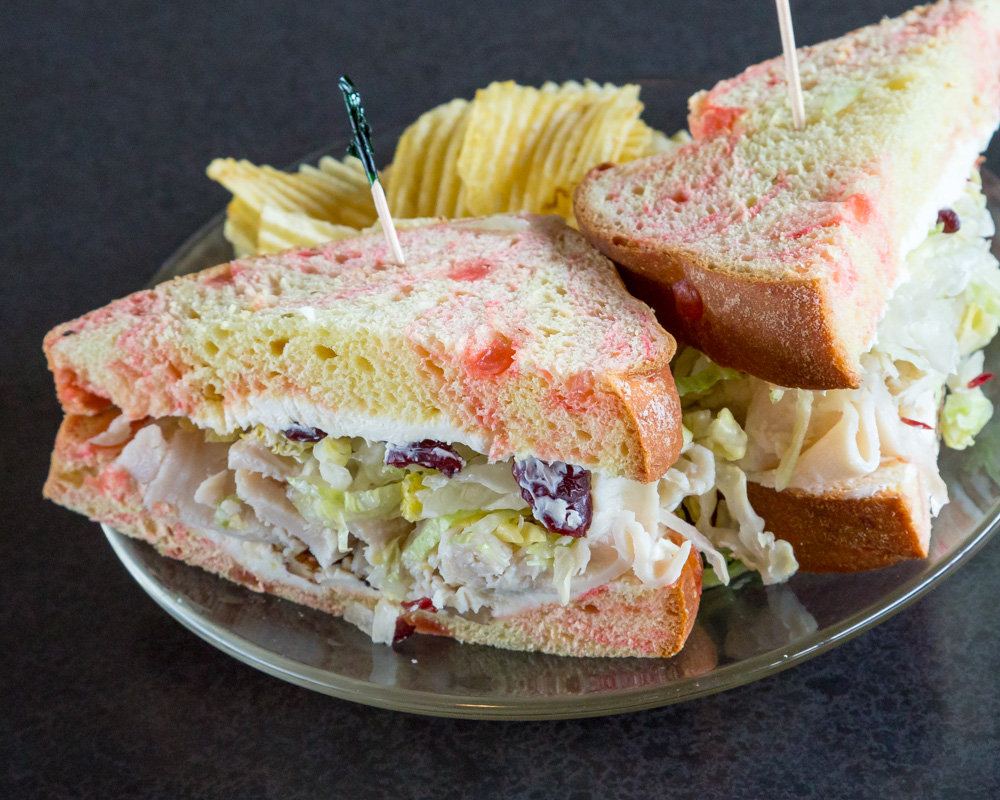 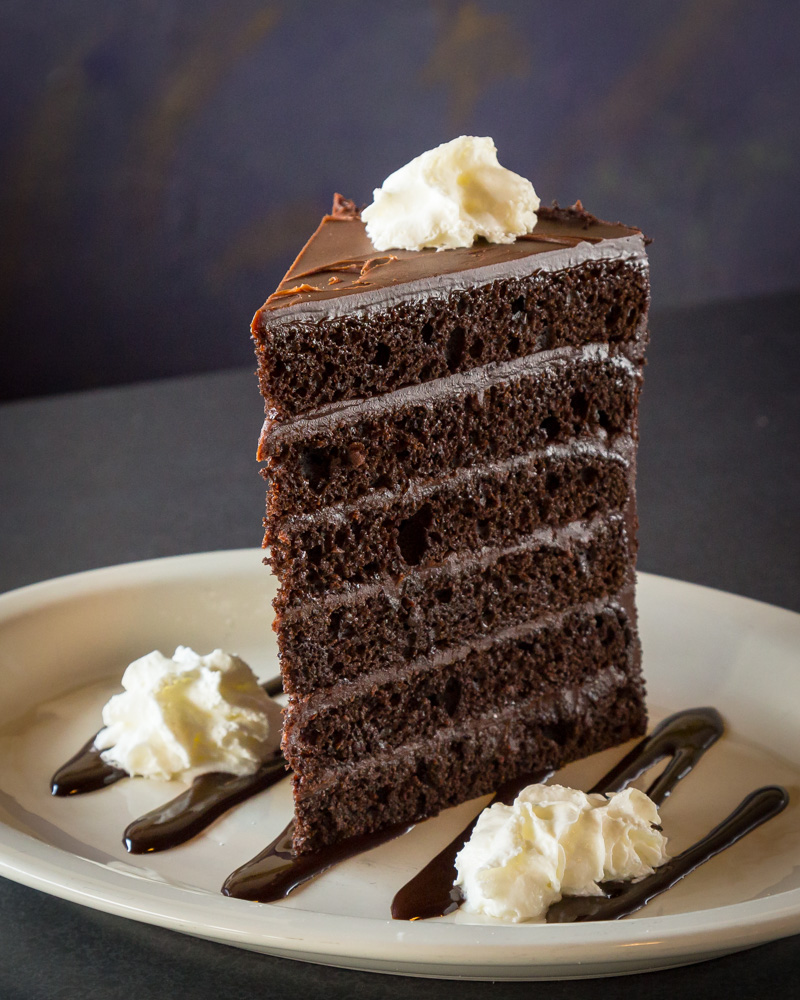 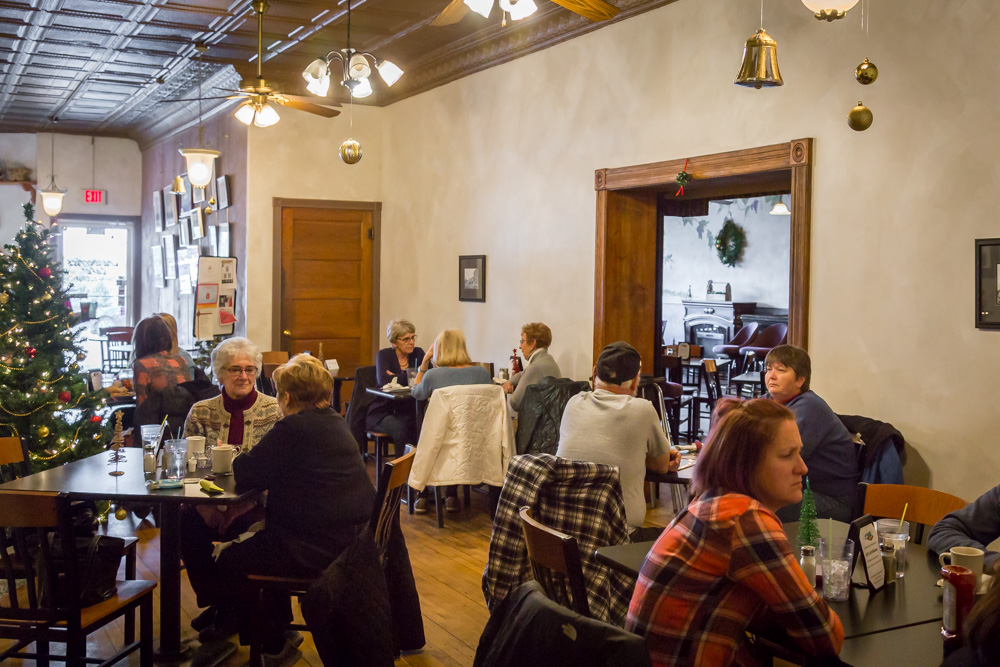 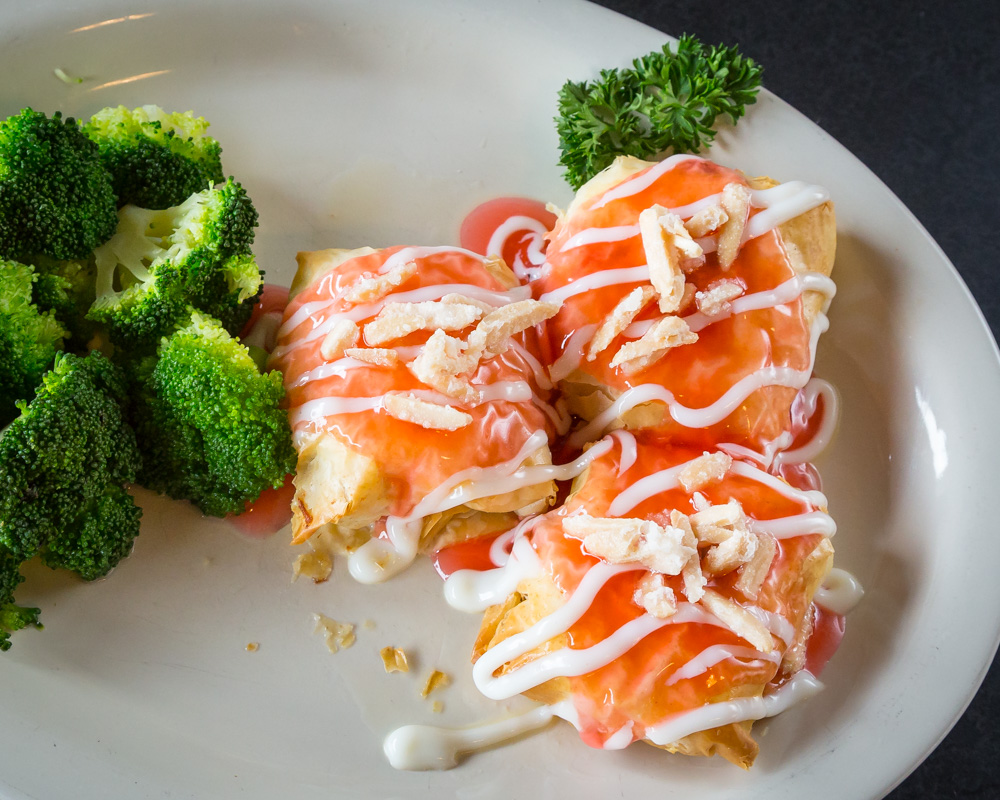 One of the house favorites is the planked white fish, seasoned and broiled on a hardwood maple plank and served with duchess potatoes and a broiled tomato. Another favorite is the Cape Cod Sandwich – turkey, cream cheese, lettuce, dried cranberries and walnuts served on cranberry bread. “We serve good, American fare,” Plant says, “and our entrees always include house-made bread, salad, and a potato or vegetable. It’s a complete meal.” The seafood on the menu is also very popular. “We serve a lot of seafood,” Plant shares. “Salmon is a big seller and when we get Ahi tuna, it sells like crazy. We serve whatever the fish guy suggests: trout, monkfish, catfish – and we serve it any way you like, broiled, fried, blackened or sautéed.”

The café is also known for its house-made soups, especially the Four Cheese American Onion Soup made with their own rich, beefy broth and sweet, tender onions topped with a crust of Mozzarella, Colby-Jack and Parmesan cheeses toasted to a golden brown. You’ll also find a very sweet ending for your meal at Cranberries. Pastry Chef Charlotte is well known for her award-winning, six-layer chocolate cake, which can only be described as “a little slice of heaven.” Dessert choices also include a tantalizing cranberry bread pudding, served with a cinnamon cream sauce. 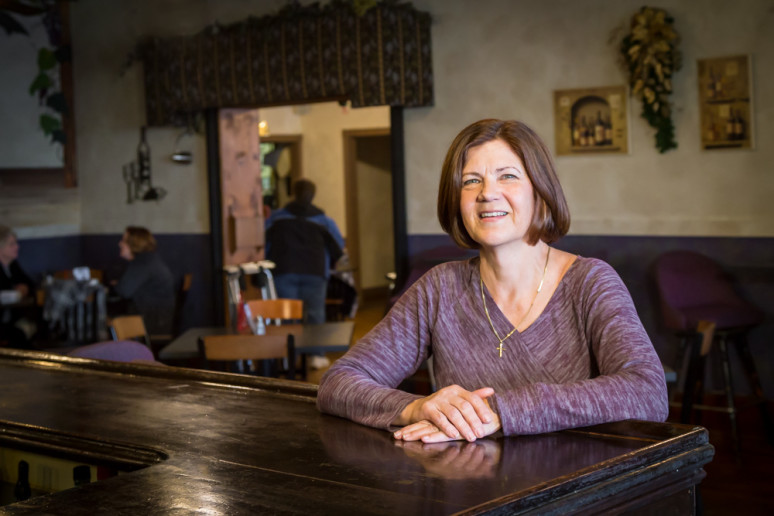 It isn’t just a full-course meal you’ll find at the café; there’s also a casual side. “You can come in for a burger and a beer,” the owner reports, noting that they always have five Michigan beers on tap. The full bar also has a variety of Michigan-made spirits. Cranberries is “kid-friendly,” teasing them with the tale of an alligator that’s been hiding in the air vent for the last 20 years.

There are lots of fun things happening at Cranberries Café, with a variety of musical artists providing entertainment every Thursday evening. Special wine dinners, beer tastings, martini nights and mystery dinners are some of the regular special events. “It’s also a great place to have a private party, bridal or baby shower or a rehearsal dinner,” Plant says. “What’s really popular are the murder mystery dinners with scripts written by Plant. The staff play the roles and the audience participates while enjoying a six-course meal. “I wasn’t sure how people would react to it,” Plant admits, “and I was surprised by how much they get involved.” Her favorite murder mystery was “Shoot-out at the Cranberry Corral.”

Plant credits her amazing staff for the success of the café. “I have staff who have been here since I first opened,” she shares. “They’re very important to me; they care about my customers.” And, of course, the customers mean everything to her. “We have many customers still here from day one, who have seen the changes we’ve made. But, our new customers are just as exciting to us as our longtime regulars.”

The Plant family has strong roots in Goodrich, having lived there for many years, with their kids and now their grandkids attending Goodrich schools. Because of that, Cranberries Café is a huge community supporter. “We support the schools and other businesses; we all try to work together,” the owner says. “I’ve been here a lot of years, but I still love what I’m doing.”