After 90 years, it is safe to state that Cline, Cline & Griffin and its predecessors have been part of Flint’s legal community throughout the 20th Century. 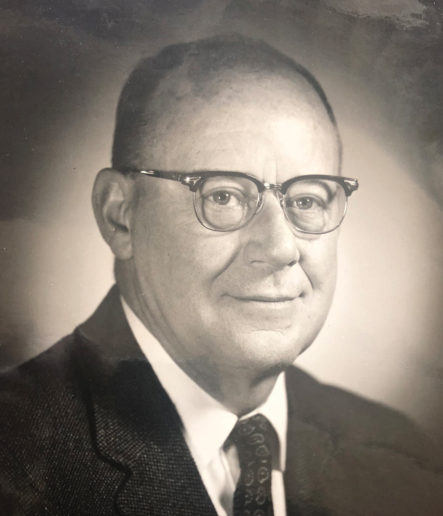 The firm was first established in 1928 with offices located in the then newly-finished Mott Foundation Building at the corner of First and Saginaw Streets in Downtown Flint. A small, corner office overlooking Saginaw Street was the beginning. Originally styled “Stockton, Cline & George,” the firm maintains an active legal practice in that same location today. It continued as Stockton, Cline & George until the death of Thomas Stockton (1870-1937), at which time it continued under the name of Cline & George (Howard D. Cline, Sr. (1903-1965) and Francis J. George (1904-1970) until 1960, at which time the firm became Cline & Cline. One original founding member, Howard D. Cline, Sr., continued in practice along with his sons Earl J. Cline (1931-2002) and Howard D. Cline, Jr. “My father and his law partner, Francis George, resolved to work together to provide honest, straightforward and legally sound advice to their clients,” says Cline. “Even during the depression, my father and his partner remained together providing legal services, regardless of whether or not they received payment from their clients.” After the death of Howard D. Cline, Sr. in 1965, the firm remained as Cline & Cline until 1978 when it became established as Cline, Cline & Griffin (Walter P. Griffin). Still operating in the same location, the firm has expanded its offices to now occupy the entire tenth floor of the Mott Foundation Building. “My father considered Flint his hometown and the community a building block upon which he developed a solid law practice,” remarks Cline.

Looking back, it is hard to believe this firm has existed during the Great Depression, WWII, the boom period of the 1950s and 60s, Vietnam, 9/11, and the conflicts in Iraq and Afghanistan. To survive through three generations of attorneys, multiple changes in Flint, both ups and downs, and to flow with changes in the laws is truly amazing. Initially recognized as a general practice firm, it maintains that moniker today; but changes in the practice of law over the past nine decades has necessitated some specialization. Prior to 1950, the practice was indeed general, which required an attorney to handle a myriad of legal issues for clients in the Flint community.

Since the 1950s, the firm has developed a defense practice in the negligence field, acquiring as clients several insurance carriers throughout the country and particularly in the areas of medical, dental and hospital malpractice defense. In addition, they have continued a strong business and corporate practice for a diversity of clients and has an active will, trust and estate practice. 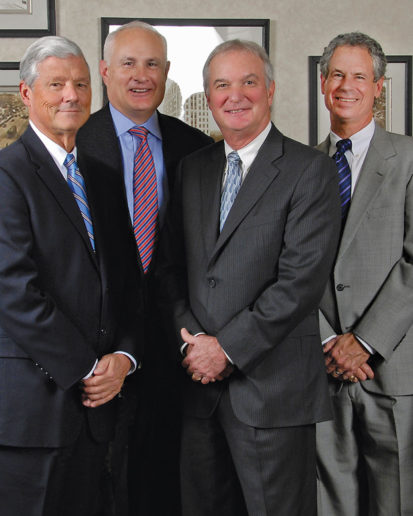 Cline, Cline & Griffin is most proud of its acceptance of civic responsibility. “The firm has always provided leadership on a personal level and as legal advisors to organizations providing services in the community,” the partners continue, “not only is the firm involved, but the attorneys provide services as board members to such organizations.” The principals have held positions such as Grand Blanc Township Trustee, President of the Community Foundation of Greater Flint, University Club of Flint President and Flint Golf Club President, to name a few. “Being a success in the community involves giving back,” the partners believe. “Our attorneys have always provided services to our clients in a timely and supportive manner, in addition to maintaining a personal presence by volunteering time to other organizations which support the community.” 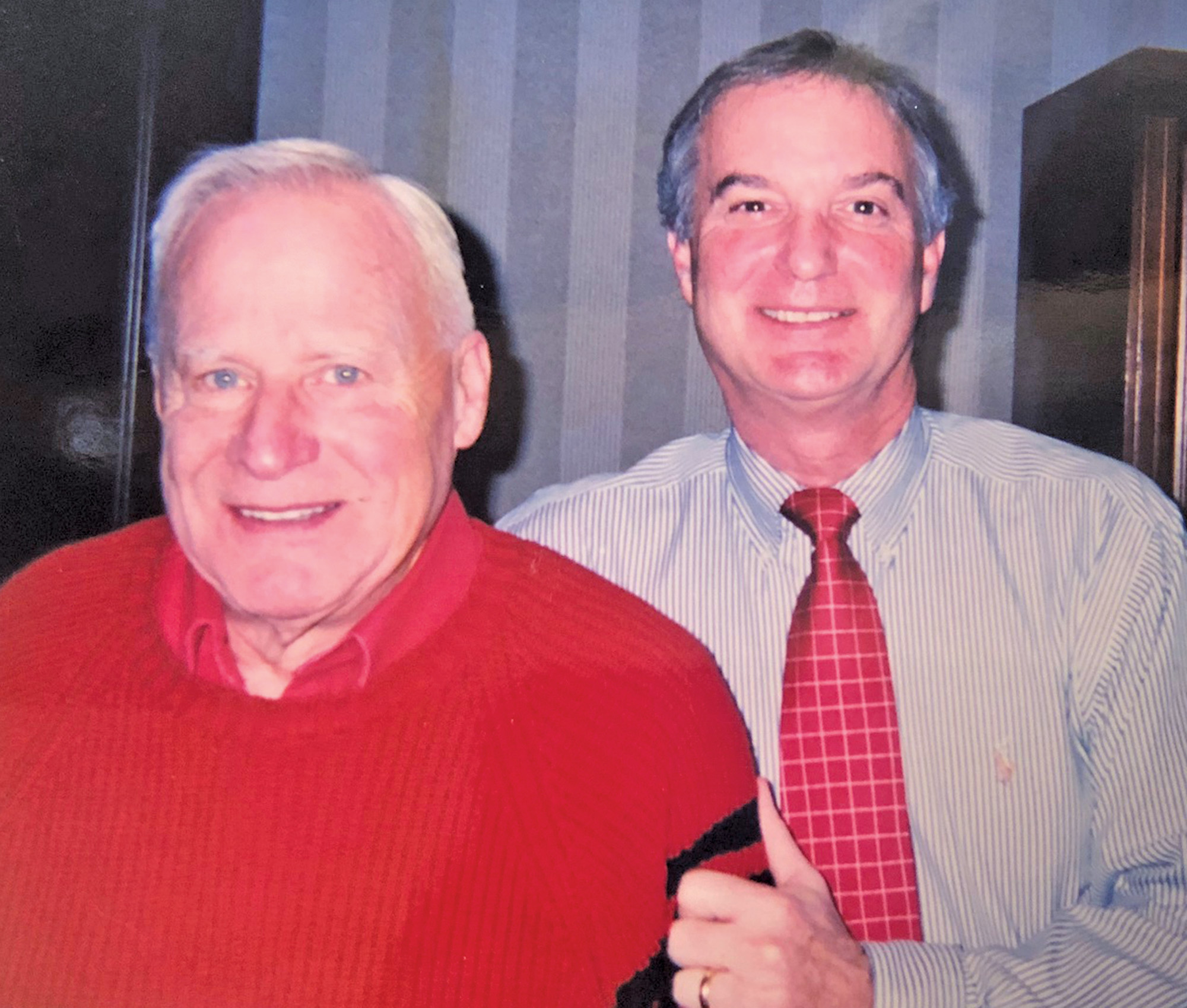 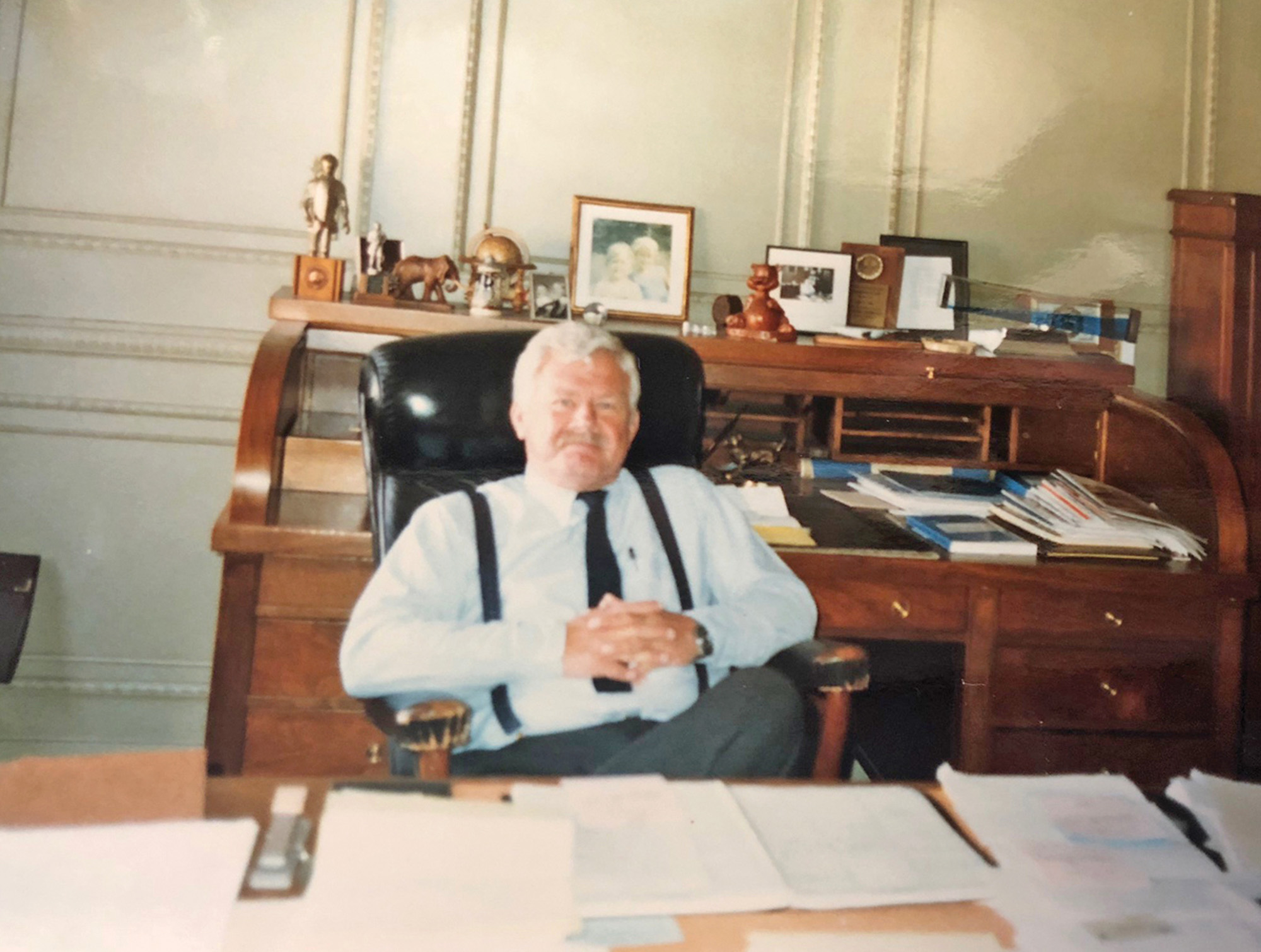 Earl J. Cline at the office.

Supporting the legal profession and the community as a firm, and personally by the attorneys, along with representing multiple corporations and entities has been the core of the firm.

To be a part of Cline, Cline & Griffin is to be a part of Flint. As the city struggled or prospered through the years, this firm has remained steadfast in providing legal services to the community. “It is my hope that with the help of community leaders, Flint will continue to develop and thrive,” says Cline. “Flint has been my home, and I want it to succeed.”

It is with great pride that the members celebrate their 90-year heritage and hope to continue the legacy along with the resurgence of the community.