With his partner, Tom Price, Chef Steve Lowry is co-owner of Fandangles’ Event Center & Catering in Flushing – the award-winning eatery known for upscale, fabulous food. With seating for up to 50 people, the facility is open by reservation for showers, business meetings, luncheons and teas. “We’re a hybrid,” says the chef, adding that on special holidays, like Mother’s Day, Easter and Valentine’s Day, the Center is open to the public by reservation. It is also the home of the Anni Crouter-Boggs Art Gallery.

Originally from Flushing, Lowry attended Michigan State University where he obtained a degree in landscaping. He lived in Chicago doing corporate landscaping for three years and spent another ten years in different cities all over – from Pennsylvania to New York. He came home to Flushing for a visit and opened Fandangles’ in 1988, in a building that was previously a fish & chips joint. Lowry and his sister started the restaurant originally as a bagel, muffin and sandwich shop, purchasing all of the restaurant equipment at auctions.

“We don’t try to be like anyone else. We do what we can do best.”
Steve Lowry 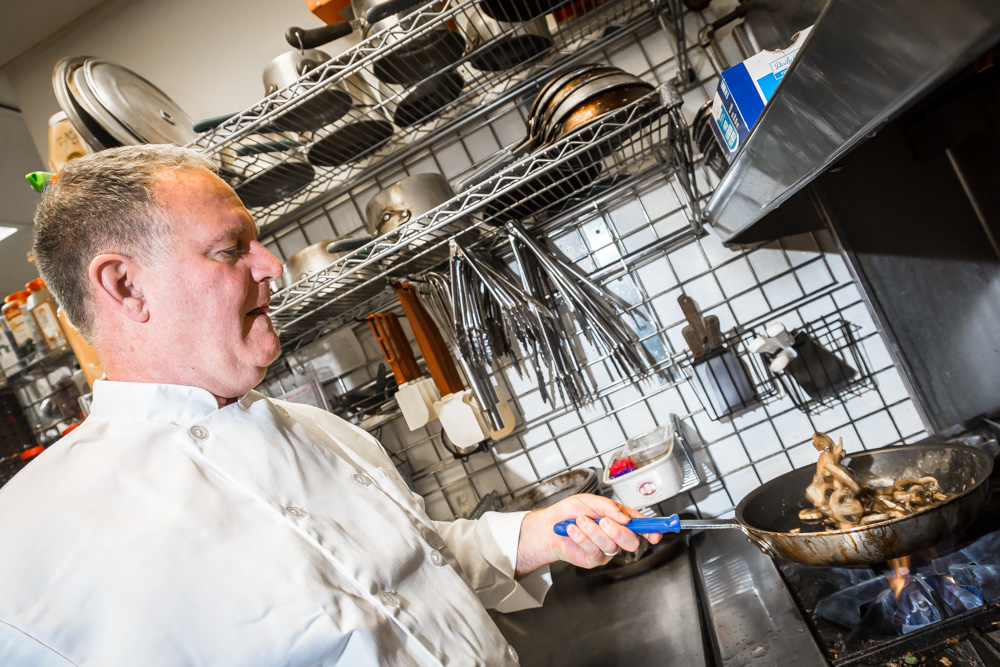 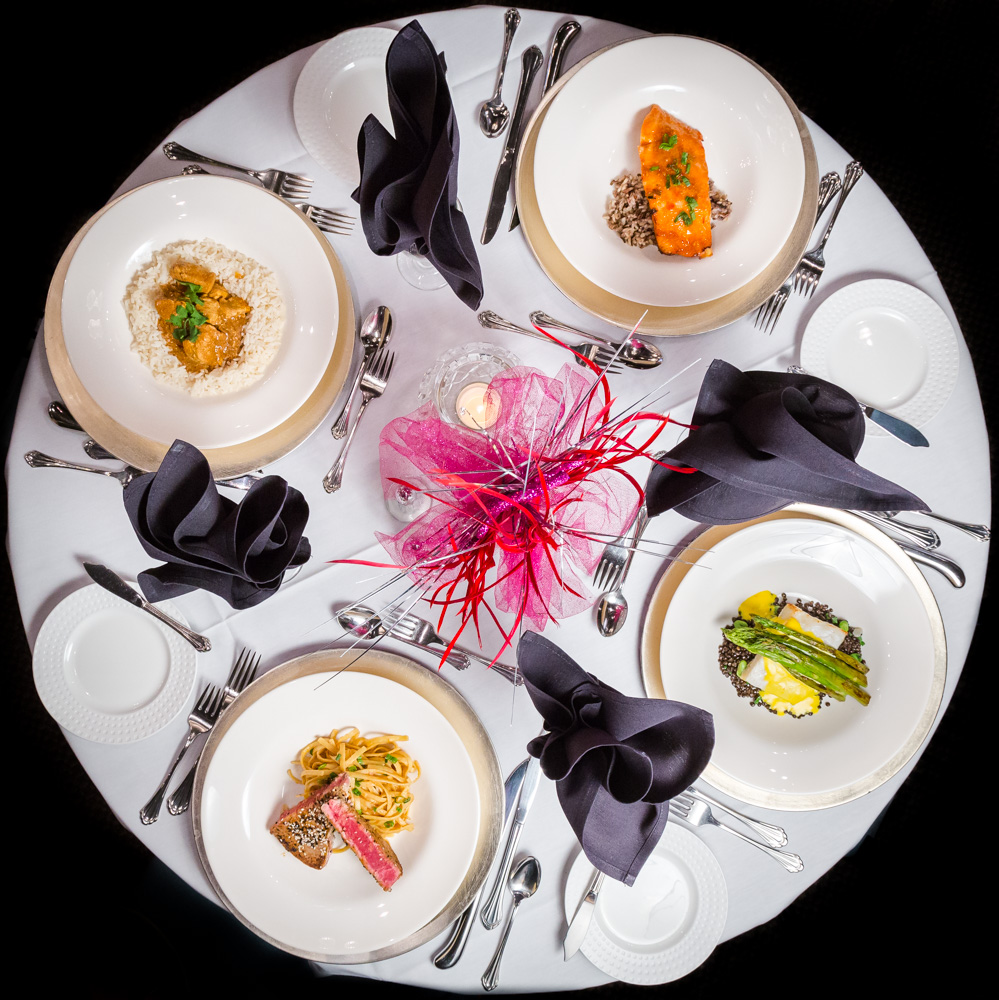 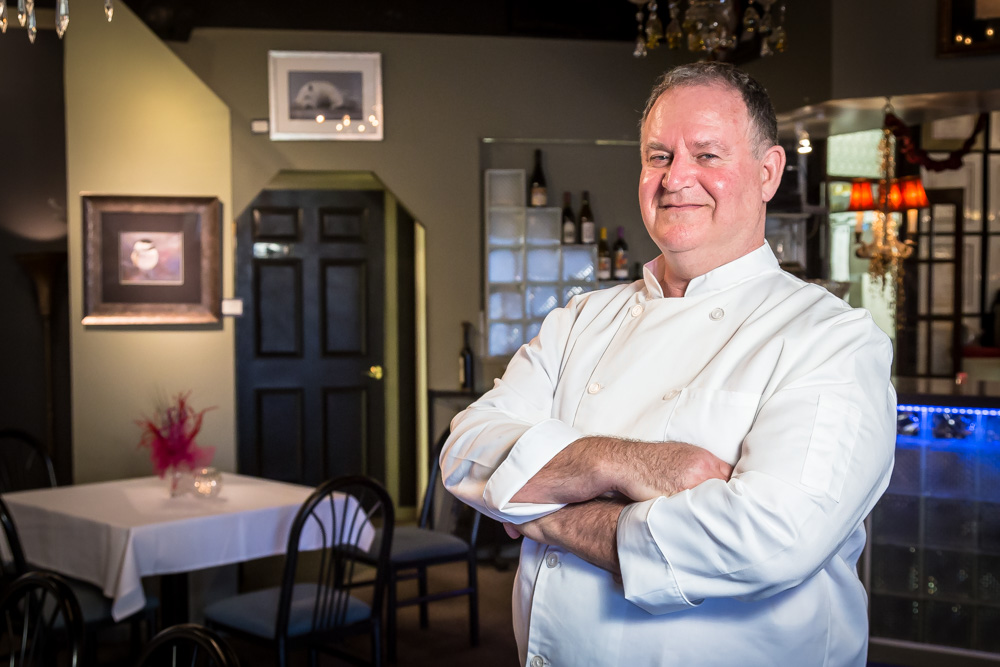 With no formal education in the culinary arts, Lowry learned his craft on his own, and picked up tips from other chefs who worked in the Fandangles’ kitchen over the years. Price, who had worked at the Top of the Park restaurant in Downtown Flint, came to Fandangles’ in 1989. Price handles the front-end of the business while Lowry orders, preps and cooks the food.

Every day is different for Chef Lowry; but they typically begin around 6am or sometimes as early as 4:30am, depending on the number of events he has to prepare for that day. It is his routine to pick up fresh produce on his way to work, preferring to obtain it locally. “We bring in our produce every day,” he says, adding that the restaurant has no walk-in cooler, which helps keep the overhead low. When he gets to Fandangles’, he starts his day on the computer, checking for online catering orders that came in overnight.

The day that My City visited Fandangles’ was a very busy one. The chef and one helper had already prepared 175 sandwiches for a luncheon – seven varieties: gluten-free, two different wraps, vegetarian, turkey, corned beef, ham, roast beef and baguettes. “I also made quiche for 100 people!” Lowry exclaims. While preparing for other events, he received a last-minute call to cater a luncheon for 12 people.

Chef Lowry was busy preparing for a large dinner party to be held that evening. On the menu was Chicken Marsala, vegetable lasagna, roasted vegetables, and a tantalizing berry cobbler for dessert. Fandangles’ handles catering for groups as small as 10-12 guests and as large as 500 or more. In his down time, Lowry spends time prepping food for the next day. “I’m the  delivery man, too,” he says smiling. “But I’m usually not present at the events we cater; that’s what Tom does.” The food he prepares ranges from Indian to traditional French cuisine. “It’s the whole gamut,” he adds. “It can’t really be put in a box.” 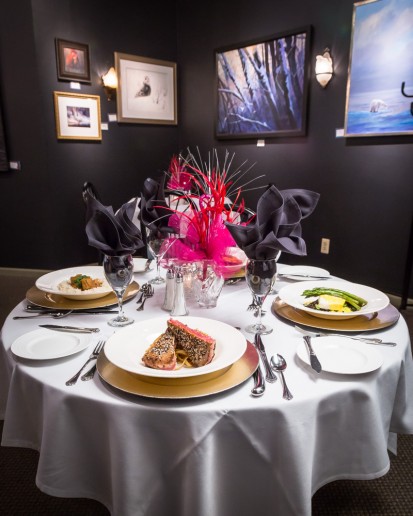 What does the chef like best about his craft? “I like that we are doing it our own way,” he says. “We don’t try to be like anyone else. We do what we can do best.”

About a year ago, Fandangles’ transitioned from restaurant service to strictly catering. “Regular dining became too much, along with the catering, so we needed to give something up,” Lowry shares. “Every
day is different. It’s fun to get up in the morning and see what orders came in that day.”

According to Lowry, he didn’t have any spare time until he and Tom decided to focus on catering. “It has taken awhile to decompress from the craziness, and hopefully, we will be more social,” he laughs. “We might even take the time to go on a cruise this year.”

Landscaping is now Lowry’s hobby, along with some interior painting in his home, which was a relaxing project for him. “That was my entertainment for the year!” he jokes. The chef also enjoys many friendships that have been made with Fandangles’ customers. “Our customers are all great,” he says. “We love them, and hopefully, they will continue to love us in return.”