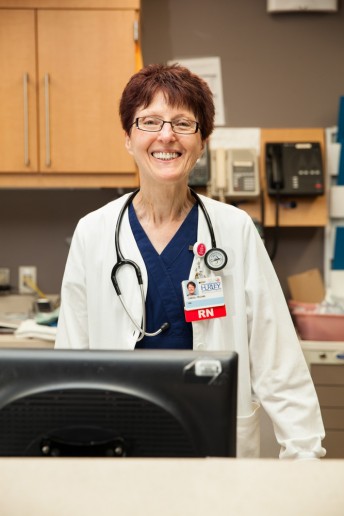 Carol Fechik has seen it all. As a Registered Nurse at Hurley Medical Center, she has worked in the Emergency Room for 37 years. Born and raised in Flint, Carol began her career with Hurley in 1969 and has seen the hospital change and grow over the years – from hand-writing patient charts to using state-of-the-art technology. Why did she choose to be a nurse? “It was something I always wanted to do, even as a child,” Carol says. “I like to take care of people.” Her favorite part of the job is bedside nursing. “You get to interact with the patient and help improve the quality of their life.”

“It’s not just a job. There has never been a time when I didn’t want to go to work.”

According to Carol, the ER experience can be difficult for the patient, because people don’t wake up in the morning saying, “I think I want to go to the ER today.” “It’s unexpected,” she sympathizes. “They are here at a traumatic time in their life. I try to take my own life experiences and help make it easier for them.” Carol works an eight-hour shift from 7am until 3pm. Hurley is a teaching hospital and although there really is no typical day, Carol shared with My City Magazine a day in her life as an ER nurse. 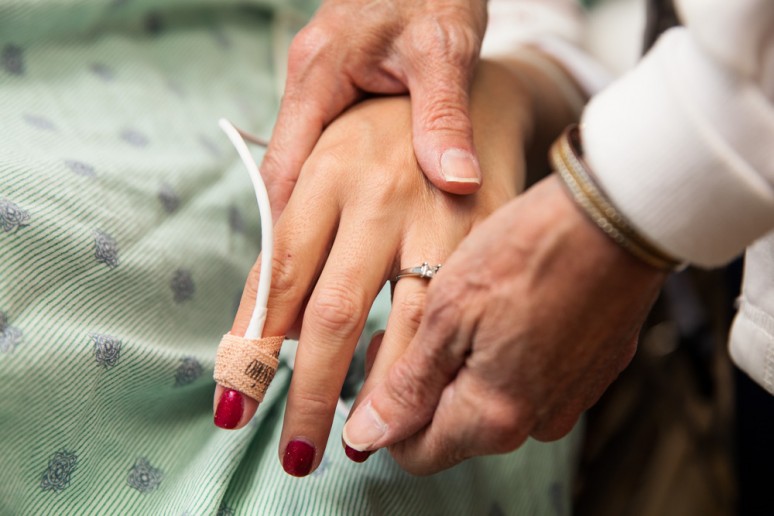 Carol’s day begins at a meeting, called “Six Minutes,” when the day’s assignments are handed out. The staff is apprised of the bed situation and what is currently happening in the ER. It is also used as training time when the staff learns about various new procedures or discusses whether certain standards are being met.

On this day, Carol was assigned to section A-4, a four-room patient area. “I get a handoff from the previously assigned nurse and an update about the patients’ care.” She also introduces herself to her patients. Hurley’s ER is full most of the time. “Today, it is full,” Carol says. She had a busy morning because a couple of her patients were admitted to the hospital and transferred to rooms. Another patient, who came to the ER with abdominal pain, was sent to an operating room. There were patients admitted due to respiratory problems. “With a few breathing treatments and medication, they were able to go home,” Carol reports. “They pretty much spend the day with you.” 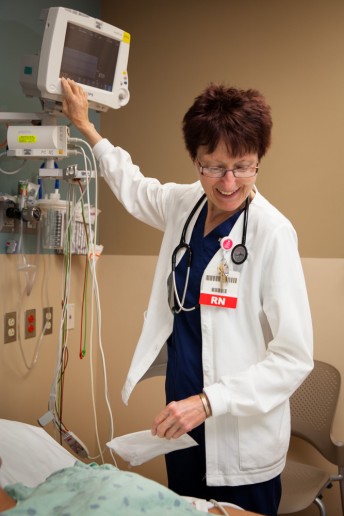 Usually, Carol takes a lunch break around noon to 1pm. “Lunch is whenever you can get it,” she laughs.

Although a few of her morning patients have been discharged, new patients have been admitted in the meantime. Carol received an elderly patient brought to the hospital by ambulance. People who are age 65 and over are ushered in quickly, as they are considered to be more at risk, Carol explained. On some days, Carol will have a patient who may need to be admitted to Intensive Care, or who needs to be intubated (put on a ventilator). “We are a Level 1 Trauma Center,” she says. “We treat a wide range of illnesses and injuries. Hurley turns no patients away and doctors take every case very seriously, regardless of their ability to pay.”

Carol has seen just about everything in the ER, but there is one day that she will not forget – the day in 1999 when an explosion occurred at the Clara Barton Nursing Home and the most seriously injured victims were treated at Hurley. “Some of the resident floors had been leveled and the victims were brought to us,” Carol recalls. Everyone had to work together – doctors, nurses, respiratory therapists, X-ray, social workers, and pastoral care. “Everybody came together for the common good,” she says. “That is when I really felt part of a team.” Carol fought back tears as she spoke of the 1999 ice storm when many elderly people, dependent on electricity to run their medical equipment, had to be treated at Hurley.

At 3pm, Carol’s shift is over and she’s ready to go home after a long day. “I may be tired,” she says, “but whatever happened on that day, I come back the next day reenergized and ready to go again.” 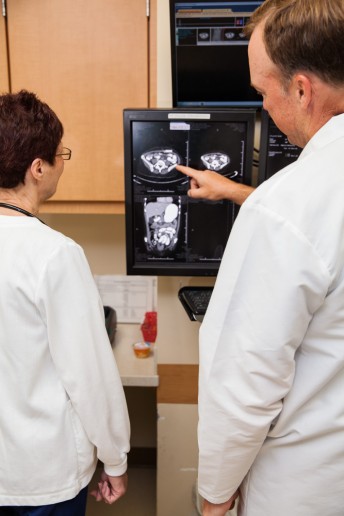 Carol enjoys spending time with her extended family and her dog. An avid runner, she is currently training for the ten-mile race in the Crim Festival of Races this month. Running not only helps her in stay in shape, but she believes it’s also a great stress reliever. After 37 years, Carol is still going strong and has no plans to retire. “Hurley is like a tightly knit family and it’s a special place,” she says. “It’s not just a job. There has never been a time when I didn’t want to go to work.” And her job is something she is very proud of. “Hurley has been here in Flint since 1908 – through all the good and the bad. We are here with the community as it continues to grow. We are proud to be in the city of Flint. This is my life; I consider it a blessing.”