A few years ago, Katniss Everdeen, with her expert use of a bow and arrow in the “Hunger Games” film series, raised the popularity of archery to a new level. Moviegoers clearly remember the scene in which Katniss’ archery skills were being tested by the game-makers, and she missed the mark. As they laugh and turn their attention to the buffet table – particularly the roasted pig in the center – the game-makers don’t even notice when Katniss hits the target dead-center on her second attempt. Infuriated, she turns her bow toward the buffet table and skewers the apple held in the roasted pig’s mouth. Who wouldn’t want to have such skill?

There are many avid archery fans in this area. The Flint Bowmen Club, which is located on 40 acres in Grand Blanc Township, is one of the oldest archery clubs in Michigan, dating back to 1937. The famous bow hunter, Fred Bear, was a frequent visitor. The membership-based, family-oriented archery club is also one of the largest archery-only clubs in the state. ∀ 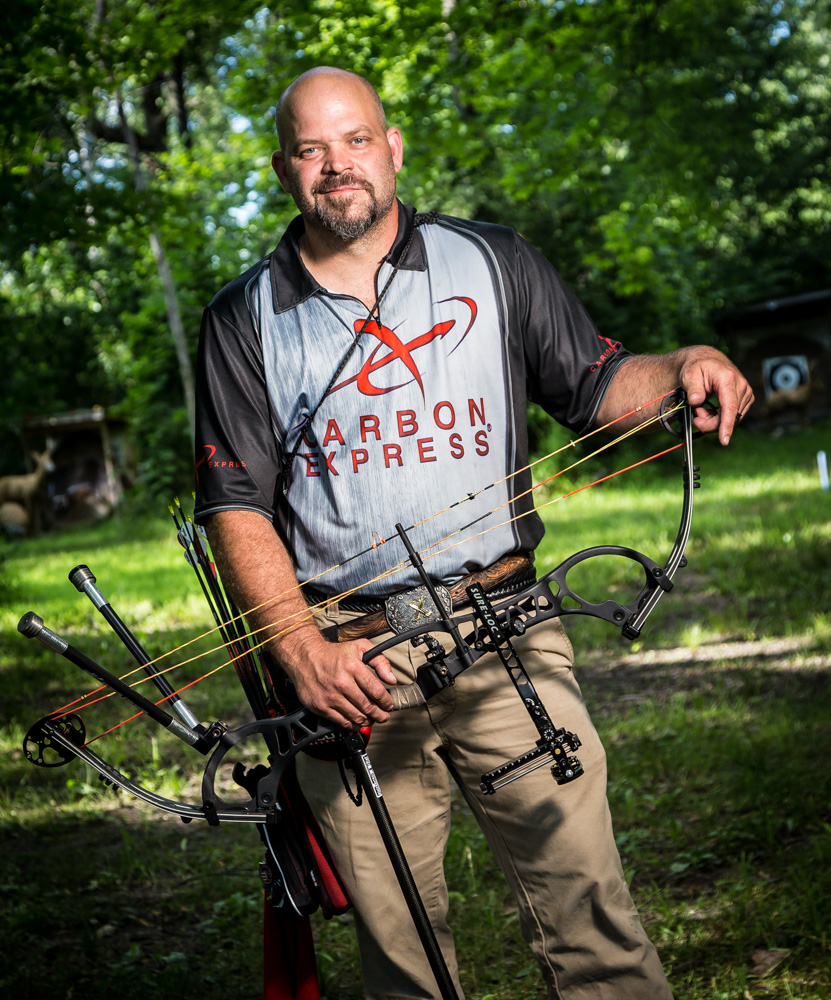 Jim Grubba, Target Coordinator, picked up a bow and arrow about 20 years ago and has been hooked on the hobby ever since. He became interested in target archery about six years ago, so he joined the Flint Bowmen Club. Recently, Jim turned his passion for archery into a career and is now the operation manager at Carbon Express in Flushing, one of the top five arrow manufacturers in the world. His family members have also become archery fans. “Our club is very family-oriented,” Jim reports. “My youngest son shoots with me religiously and my wife shoots on the indoor range.”

Flint Bowmen offers both indoor and outdoor ranges. “We hold leagues year-round and we have shoots several times per year,” Jim reports. In the outdoor area, there are four different 3D courses where archers shoot at animal figures made of foam. There are also 14 target field and hunter rounds (black and white bullseye targets) from 12 feet to 80 yards, FITA target faces (colored bullseye) from 80 meters to seven yards, as well as Michigan Archery Association 420 practice bales. In the indoor practice area, there are three different target faces, NFAA, FITA Round and MAA 420 indoor targets. The winter leagues are held on the indoor range, which makes archery a sport that can be enjoyed year-round. Club members also participate in area competitions. Three of Flint Bowmen’s youth brought home the gold in the Meijer State Games of America this summer! 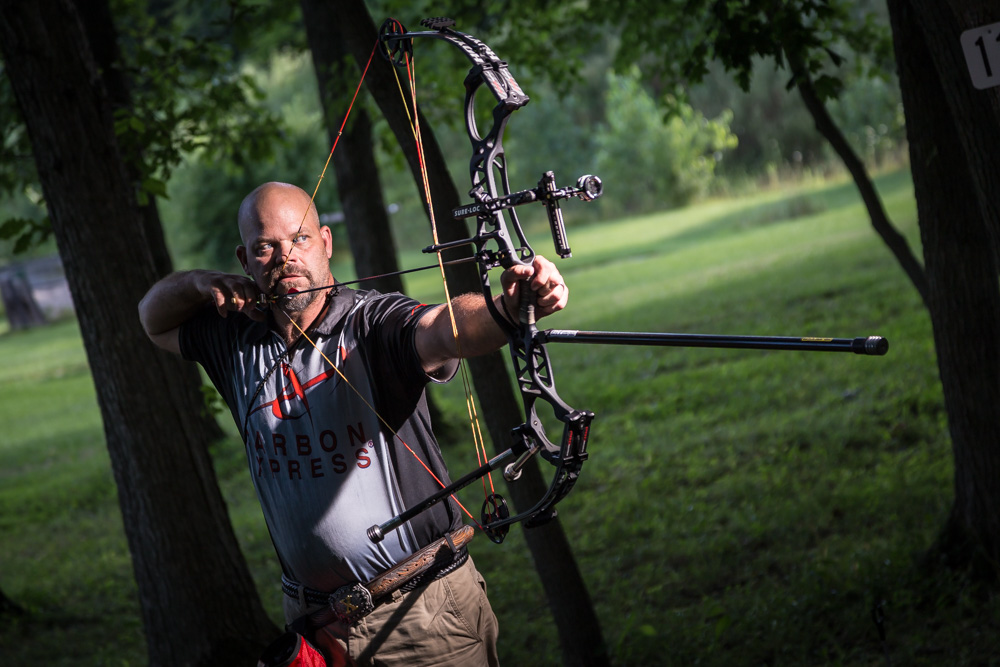 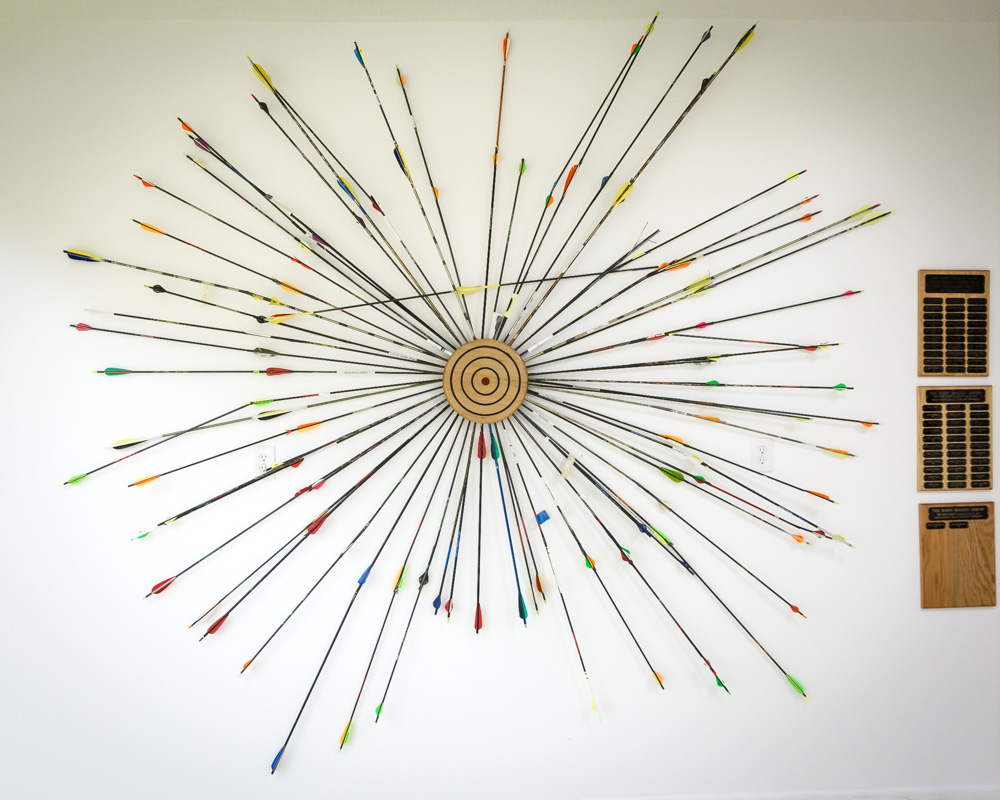 There are currently about 250 members at Flint Bowmen, where the focus is on both target and bow-hunting archery styles. “We have archers who use everything from traditional stick bows all the way to the most high-tech target or hunting bows,” Jim reports.

There is something for the whole family at Flint Bowmen. In the Youth Instructional League in the fall, kids learn the basics, which have been taught by John and Lori Smith for the last 25 years. “There are 160 kids who are exposed to archery every year,” Jim reports. “Many of our members have been coming to Flint Bowmen since their parents brought them as children.” 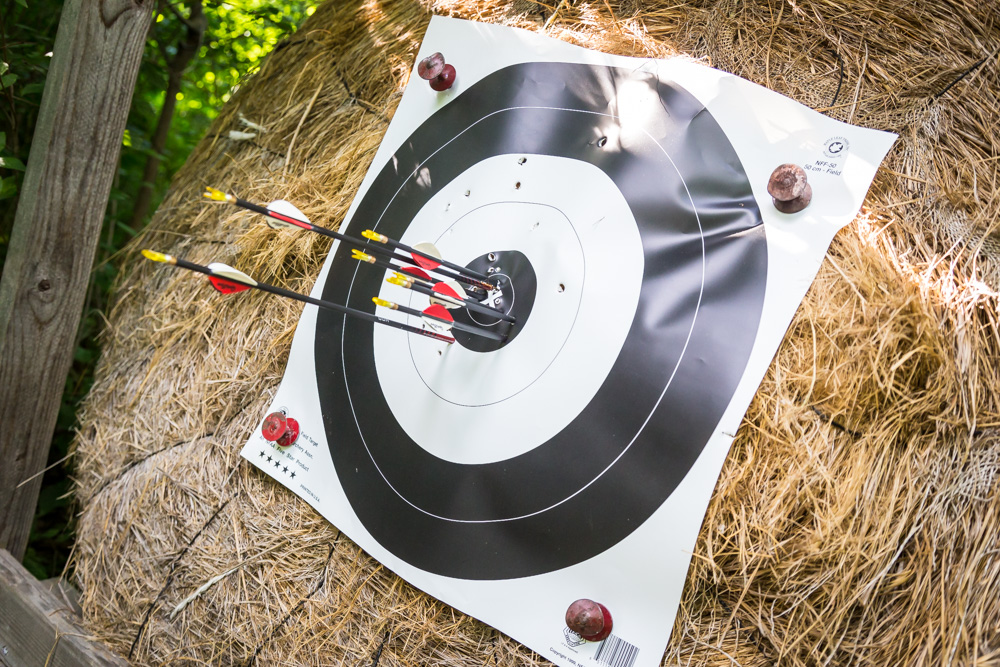 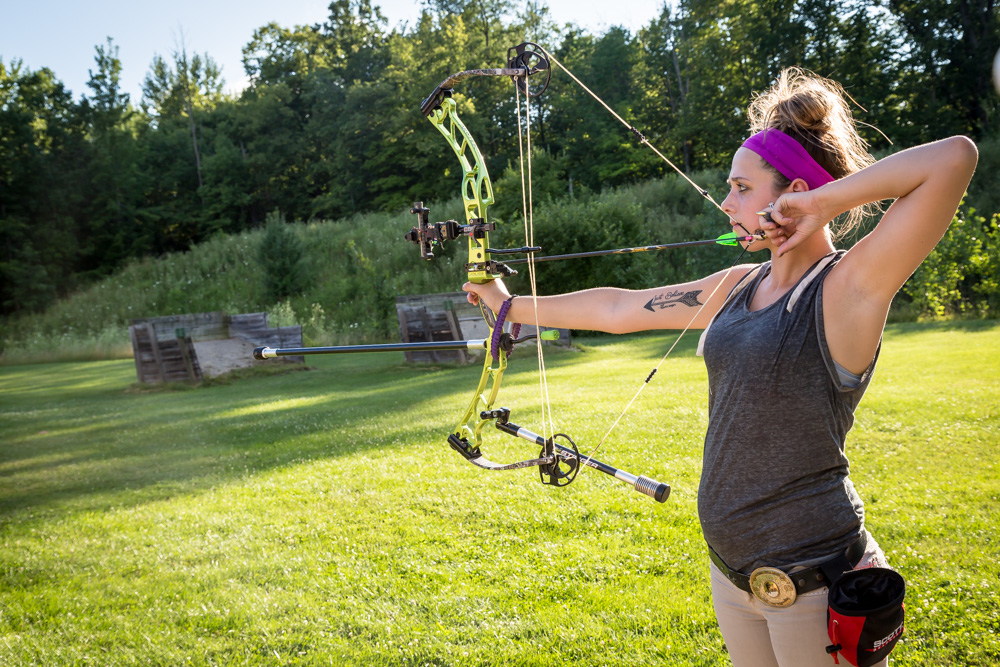 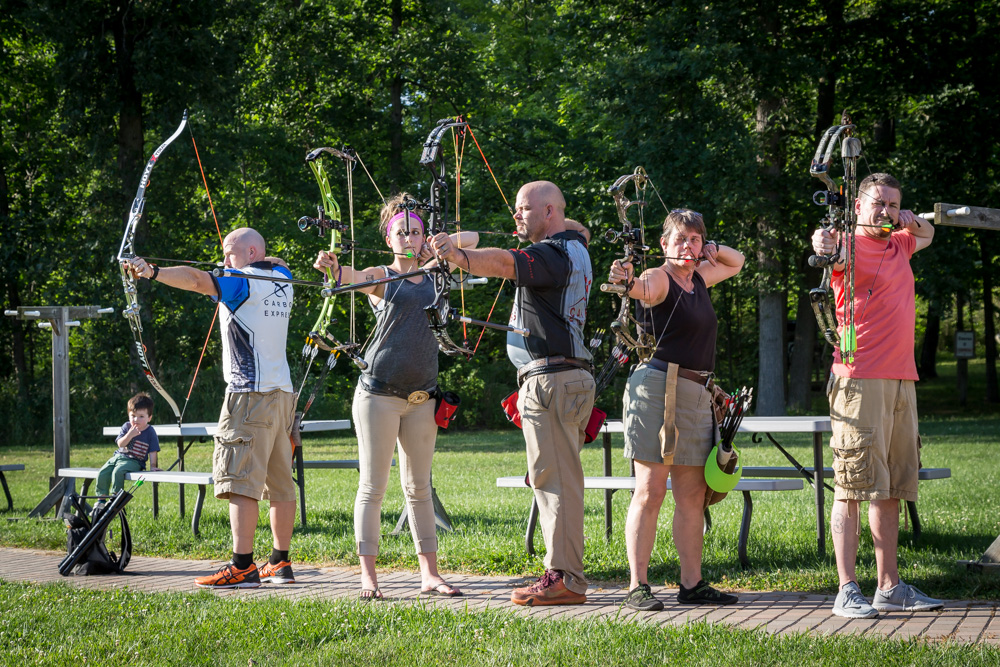 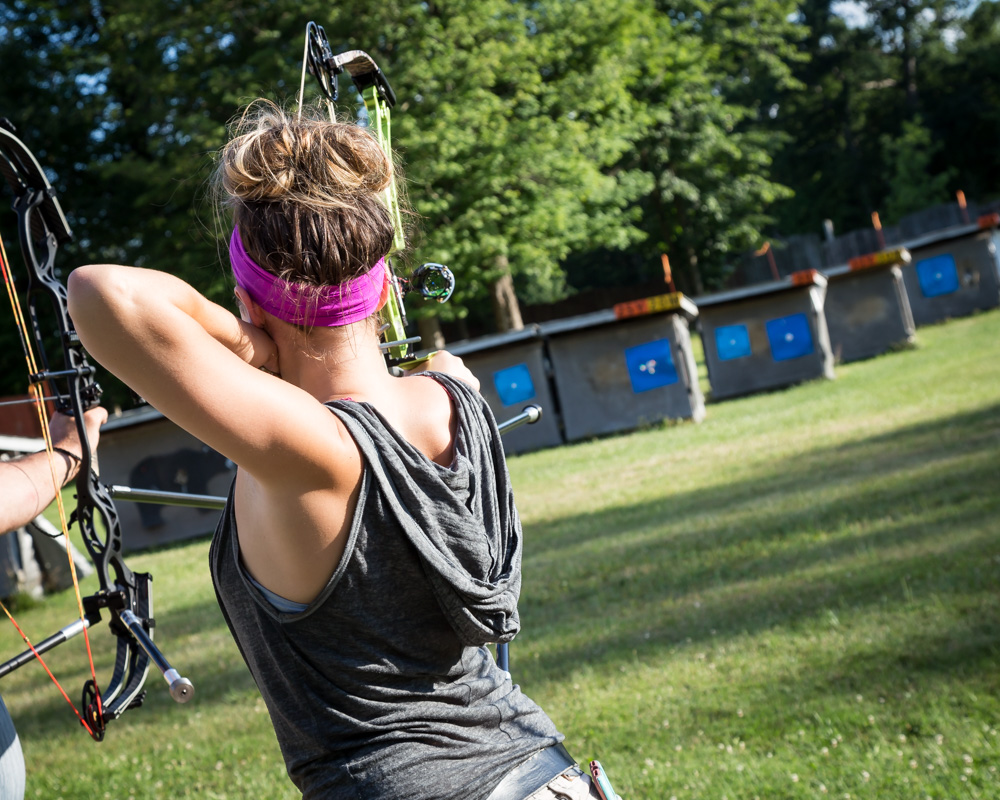 Flint Bowmen Club has three NFA pros who are top-shelf shooters. The membership fee is $125, but a 20-hour work commitment will lower the cost to $50. The club holds Saturday Work Parties all summer long, when members work together mopping floors, cutting trees, and doing grounds upkeep. The club’s 16-member board meets monthly.

Why is archery so popular? “For me, it’s a way to unwind after a hard day at work,” Jim admits. “I love the challenge of shooting the same shot over and over. It’s not just a hobby to me,” he says, “it’s a way of life.”