They say that in today’s business world, the best investment one can make is a college education. But with any investment, it’s important to maximize the return. Students of History at the University of Michigan-Flint will be among the first to say how their university does that for them through the Wyatt Exploration Program.

The Wyatt Exploration Program is funded by a generous bequest from the estate of the late Professor Dorthea Wyatt, one of the Flint Campus’s 16 original faculty members and the History Department’s first chairperson. First begun in 2009, each year a professor from the department is chosen as the Wyatt Fellow and creates a year-long learning experience based on their particular field of study. The aim of the program is to supplement the education of the University’s history students beyond the classroom with guest lectures, extra-curricular events, and ultimately a department-funded trip to the nation or region being studied. The aim is to immerse the students completely in the subject material and make history come alive.

In its first year, Professor Teddy Robertson was chosen as the Wyatt Fellow. His theme was Poland: Between East and West, a study of the role of Poland as a buffer throughout history. The program was capped off by a trip to the many historic sites in and around the Polish capital of Krakow. Other themes have included The Old South: An American Story, led by Professor Pflugrad-Jackisch, which culminated in a trip to Virginia’s many colonial and antebellum locations, and Wales: Land of the Red Dragon, led by Professor John Ellis to historic Wales. 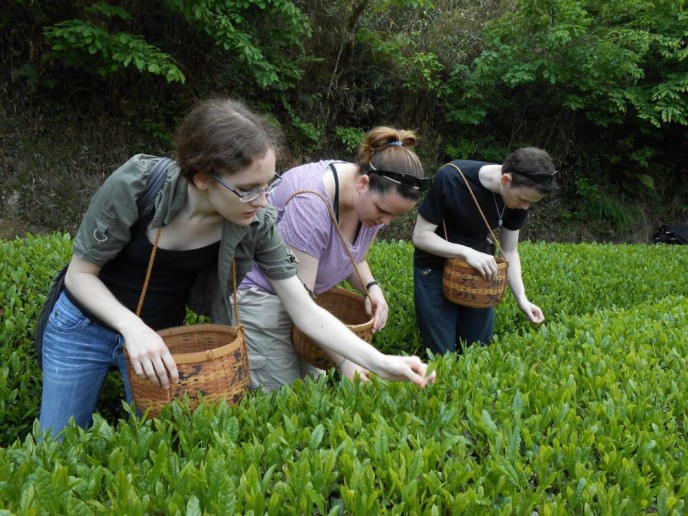 This year, the History Department Chair, Professor Roy Hanashiro, is presenting a program called Japan: Its History and People, highlighting the culture of Japan and the migration of Japanese immigrants to the Hawaiian Islands in the 20th century. To bring this topic to life, Professor Hanashiro has arranged for guest lectures, including Dr. Franklin Odo of Brown University, and a series of film viewings and performances, most notably a demonstration of traditional Japanese music featuring giant taiko drums and authentic Japanese bamboo flutes and shamisen. And as in previous years, the Wyatt program will conclude with a trip to Japan and Hawaii, allowing students to see places like the ancient Imperial capital, Kyoto, where Japanese culture flourished for centuries, and then continue on to Hawaii where they can see the legacy of what the Japanese immigrants brought to their new homes.

Year after year, the University of Michigan-Flint has gone above and beyond to enrich the lives and education of its students. According to former Wyatt expeditioner Emily Dunn, who took part in the 2012 trip, which was also to Japan, the program is a big hit with students. “In class, you read about these far-off places and events, but just being there and seeing them with your own eyes makes them into a tangible reality,” she said. These words echo those of the woman who made it all possible: Dorthea Wyatt. “The true object of a college education is not to learn all that one will ever want to know, but to acquire the ideas, habits and methods needed in the continuous process of educating oneself during the years to come,” she once said. Dr. Wyatt, who passed away in 2007, was an advocate for humanities and excellence in education, and her life’s work continues through her endowment and the efforts of the History Department that she helped found. ♦