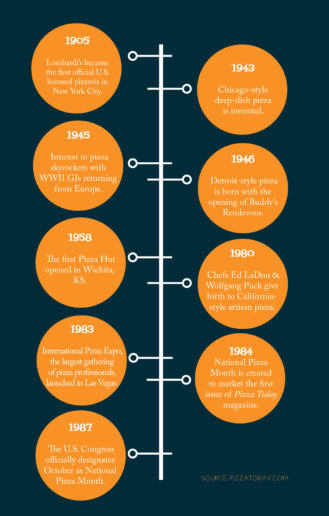 October is National Pizza Month! Gerry Durnell, owner of Pizza Today magazine, started the observation in 1984, and people all around the country celebrate by enjoying their favorite pies. We never needed a reason to celebrate pizza, however. Americans eat 350 slices of pizza per second for a total of 3 billion pizzas – 46 slices per person – sold each year.
Late 18th Century Naples, Italy is where pizza is thought to have originated. Workers needed something that was cheap, easy to eat and could affordably feed the whole family. The answer was pizza. It wasn’t until King Umberto and Queen Margherita went to visit Naples in the late 1800s that the dish began to gain popularity. The chef cooked the royals three different pizza recipes, one of which was made simply with tomatoes, mozzarella cheese and basil … now known to be named after Queen Margherita!
The very first pizzeria in the U.S. was Lombardi’s in New York City. But it wasn’t until after World War II that pizza became a popular American food. American soldiers returning from fighting in Italy brought home with them a continuous hunger for that hot, gooey, cheesy pie.
Pizza has come a long way and Genesee County eateries make some of the best. We’ve compiled a Top List from the 2019 City’s Choice Awards voting results. You picked em’ and here they are: Greater Flint’s Best Pizzas! Is your favorite place on the list? 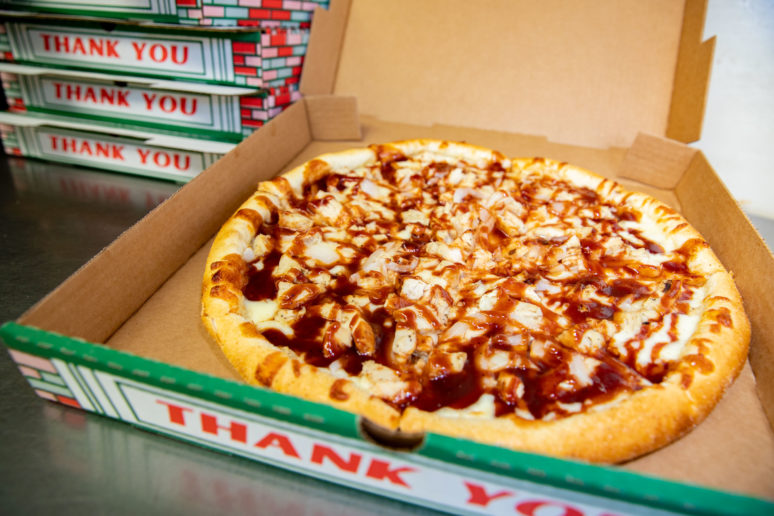 5036 Richfield Rd., Flint
Style: Traditional, Thin Crust
Top Pie:  Bob’s Supreme, All Meat Pizza
At Bob’s, it’s all about family and community. One of the restaurant’s top sellers is Bob’s Supreme, topped with pepperoni, beef, sausage, mushrooms, onions and green pepper. The All Meat Pizza is also a patron favorite. Others include: BLT, BBQ Chicken, Steak & Cheese, Veggie, Chicken Club and more. Gluten-free and flatbread crusts are also options. All of the ingredients are fresh and delicious! 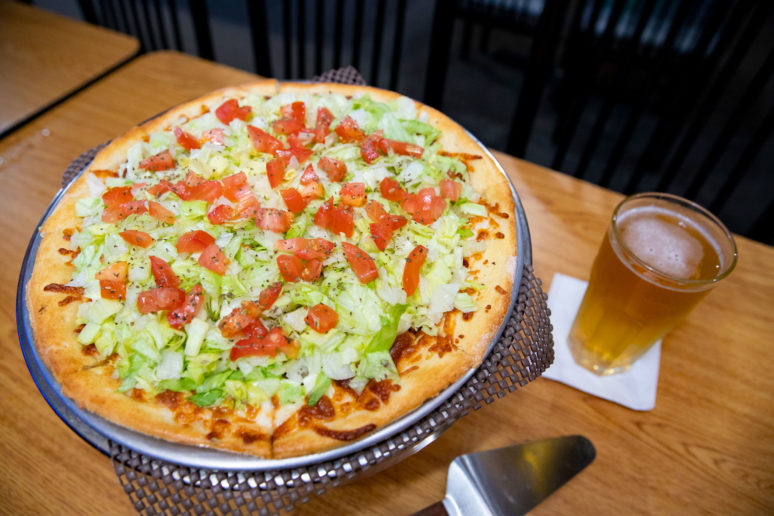 6011 E. Atherton Rd., Burton
Style: Thin Crust
Top Pies: BLT, BBQ Chicken
This family bar is well-known for the pizza they serve. “We throw a lot of pizzas during the day!” exclaims Assistant Manager, Jamee Johnson. “We are the best-kept secret in Burton!” Popular on the pizza menu are the Pizza Supreme, Hawaiian, Veggie, Meat Lovers and Taco Pizza. 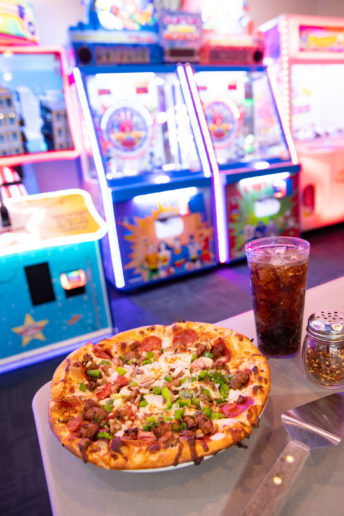 413 S. Leroy St., Fenton
Style: Traditional & Deep-Dish Square
Top Pie: Fenton House Special
This Italian restaurant in Fenton has served pizza and its famous breadsticks to loyal patrons for 33 years. Their top-selling pie, the Fenton House Special, is topped with pepperoni, ham, Italian sausage, mushrooms, green pepper and onion, and it is delicious, according to Owner, Steve Kizy. “Everything is made from scratch,” he says. The best thing about their pizza is the top-quality cheese. “That’s what separates us from the rest,” says Kizy. 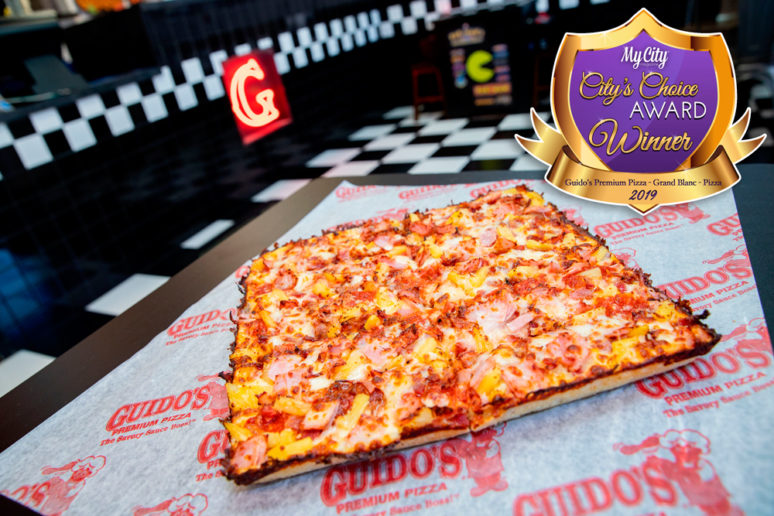 545 E. Grand Blanc Rd., Grand Blanc &
1049 Irish Rd., Davison
Style: Chicago-style & More
Top Pie: The Big G Deep Dish
At its two Genesee County locations, Guido’s is known as “The Savory SauceBoss,” offering three varieties: spicy fire-roasted tomato, chunky tomato and original. Most popular on the menu are The Big G, a 16-inch by 16-inch, 16-piece deep-dish pizza, and Da Boss – Guido’s own Chicago-style version. Order a traditional hand-tossed round, Detroit-style deep dish or thin-crust pizza. The secret to their success? All sauces are made in-house, the dough is made fresh every day and the cheese is shredded fresh, in-house daily! 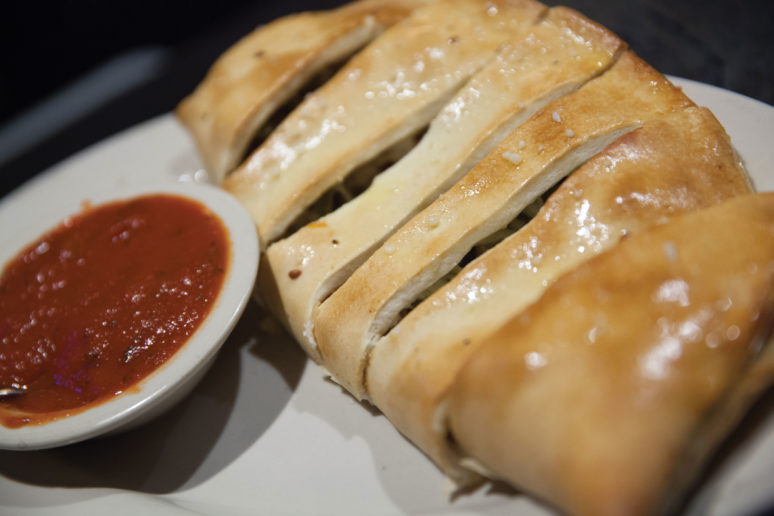 11518 S. Saginaw St., Grand Blanc
Style: Traditional Crust
Top Pie: The Super
There’s a line of hungry people waiting outside the door, it’s loud but fun and everybody knows everybody. The family-owned eatery has been the Friday night hangout for Grand Blanc locals for many years. Enjoy a great pizza or the super-popular stromboli: your choice of four items wrapped in their “from scratch” pizza crust, then baked to a crisp, golden brown and served with a side of spaghetti sauce. 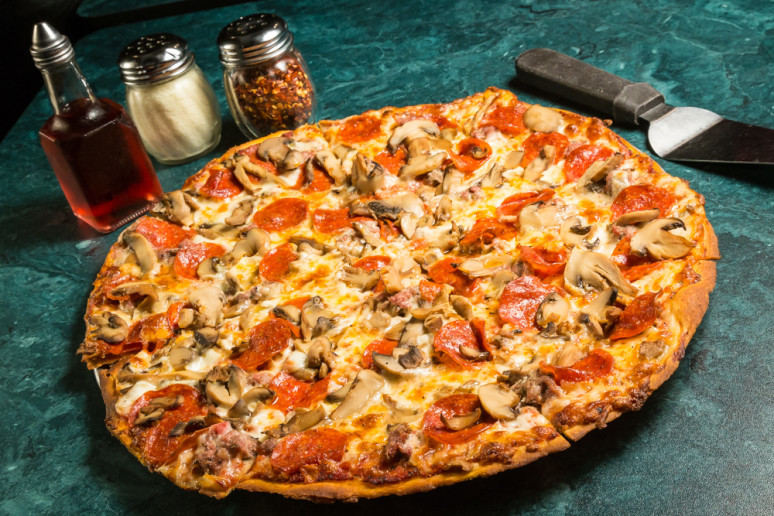 2132 Davison Rd., Flint
Style: Thin-Crust Brick Oven
Top Pie: Luigi’s Special
Since 1955, this Flint staple has served their famous thin-crust pizza baked in a brick oven. Loyal patrons come back for the crispy, thin crust. Their favorite is the Luigi’s Special, topped with pepperoni, mushrooms, onions and green pepper. However, the Luigi’s Deluxe (pepperoni, mushrooms, onions, green pepper, bacon, ham, olives and sausage) is also very popular, according to General Manager, Dawn Mastic. The secret to the great flavor is the fresh dough and house-made sauce, which is not sweet. “It just makes you crave more!” exclaims Maston. 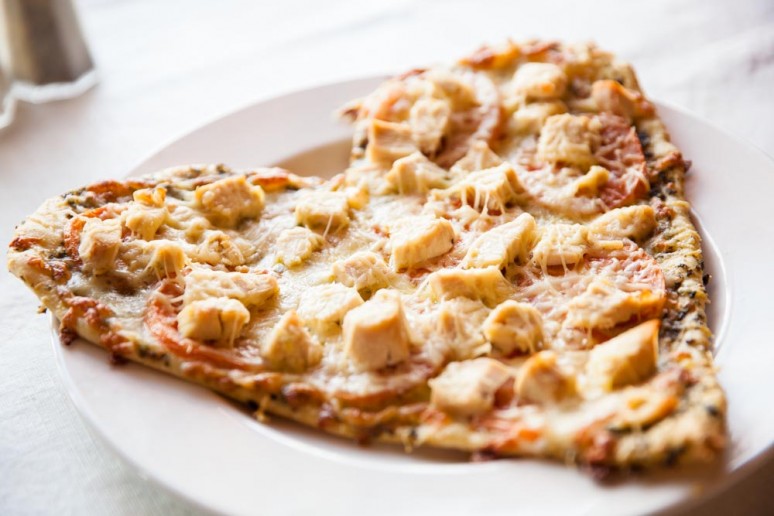 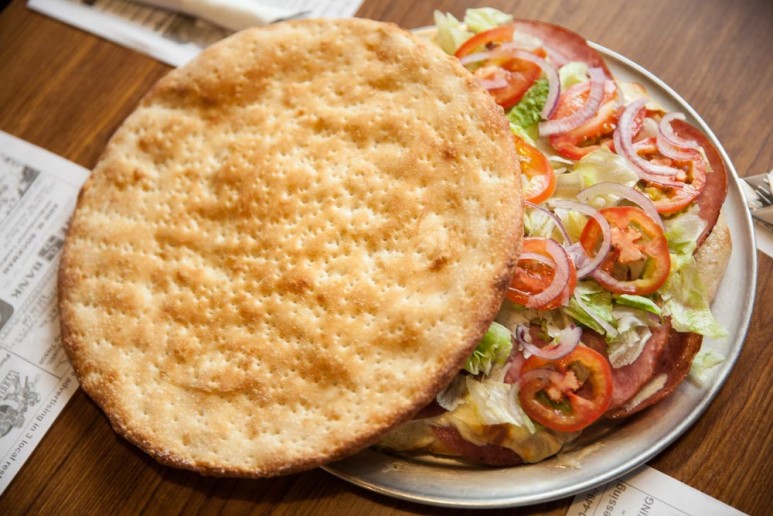 104 S. Broad St., Holly &
1155 N. LeRoy St., Fenton
Style: Hand Tossed & Traditional Detroit-style
Top Pie: Red Devil Special
Established in 1973, Red Devil is a popular eatery for locals and residents of Holly/Fenton and the surrounding area. The customer fave is the traditional round pizza. Sauce is house-made from Italian tomatoes with a dough made from scratch daily. The pizza is baked in a brick oven. The famous Deli Pizzeli is a one-of-a-kind concoction. It starts with homemade flatbread that is topped with ham, salami, provolone and swiss cheeses. After it’s baked, the Pizzeli is topped with lettuce, tomato, red onion and a special dressing. It is then covered with another flatbread and slathered with butter and olive oil. 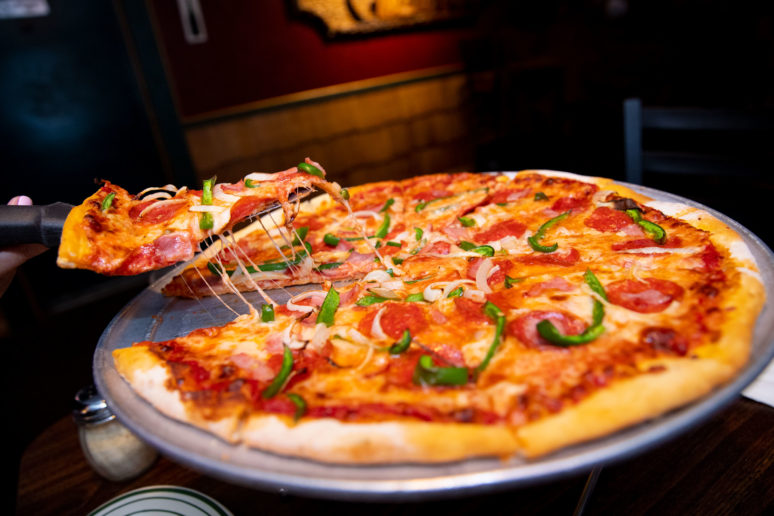 2890 Robert T. Longway Blvd., Flint
Style: Thin-Crust
Top Pie: “They’re all good!”
You’ll find good times, good food, good drinks and no blarney at Flint mainstay, Timothy’s Pub. Voted in the Top 10 pizzas in the My City Magazine 2019 City’s Choice Awards, the pizza speaks for itself, according to Theresa Sarhan, Manager. And it is so good because of the fresh ingredients, the house-made sauce and the cheese. Toppings include pepperoni, ham, Italian Sausage, ground beef, bacon, chicken, black or green olives, jalapenos, onions, mushrooms, tomatoes and feta cheese. 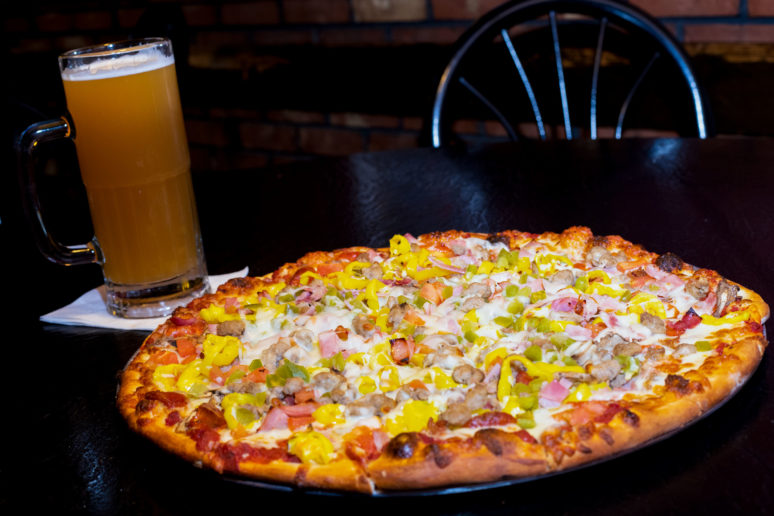 621 W. Court St., Flint
Style: Medium-Crust, Stone Oven-baked
Top Pie: Pepperoni & Mushroom
Hungry guests come to White Horse Tavern looking for great pizza, especially on the weekends and holidays when pies are half off, according to Co-Owner, Chris Poulos. “People definitely come in for the pizza.” The medium-thick crust is prepared using old-style, hands-on technique, topped with fresh ingredients and a cheese blend and then, slow-baked to perfection in a stone oven. “All of our toppings are fresh,” says Chris, “and you can order it any way you want – from vegetarian to loaded with everything.” There are three crust flavors to choose from: garlic parmesan, oregano and plain. Other favorite pies are the Meat Lover’s Pizza and the Hawaiian, topped with pineapple, sausage and ham.

The Rest of the Pie!

40 Things You Didn’t Know About Pizza