Valarie Franklin loves her service dog, Ryver (pronounced River), a Golden Retriever that has been her best friend and companion for many years. Franklin suffers from Osteogenesis Imperfecta, more commonly known as Brittle Bone Disease. She is just three feet tall and has difficulty walking. Ryver is always by her side, retrieving things she drops, opening doors for her and bracing her when she is unsteady. “Ryver helps me keep my balance,” says Franklin, who gets around using a power wheelchair. 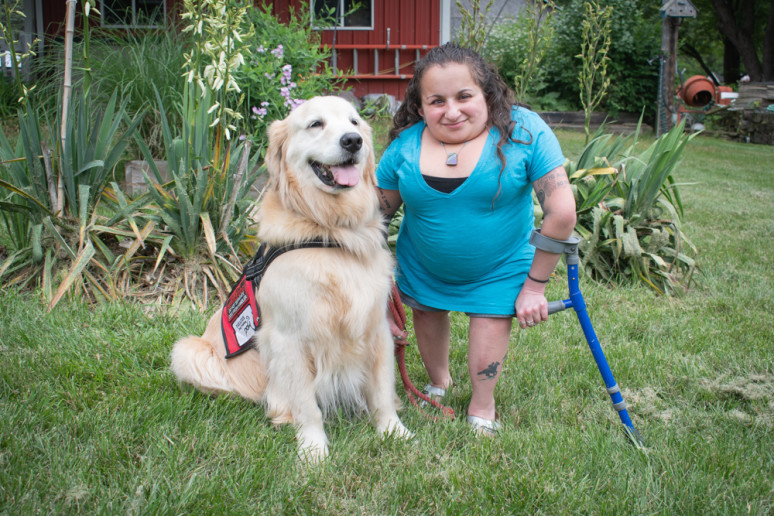 As much as she loves Ryver, she says it’s time for him to enjoy his golden years, and for her to obtain another dog that can better serve her declining mobility. And the cost of a service dog is significant: $15,000. At the urging of her Diplomat Pharmacy co-workers, she started a GoFundMe page to help with the expense. “We’ve almost reached our goal!” Franklin exclaims. She was especially grateful for a fundraiser her co-workers held that raised $7,000. With many donations already made, she only needs to raise $2,590 before the end of the year.

Franklin has not allowed her medical condition to keep her from living a productive life. She grew up in Davison, graduated from Davison High School and Ferris State University where she earned a pharmacy degree. She began working as a relief pharmacist at Walgreen’s shortly after Ryver became her service dog. For the last six years, Franklin has worked as a staff pharmacist at Diplomat’s Clinical Help Desk. “It’s a great place to work,” she says. 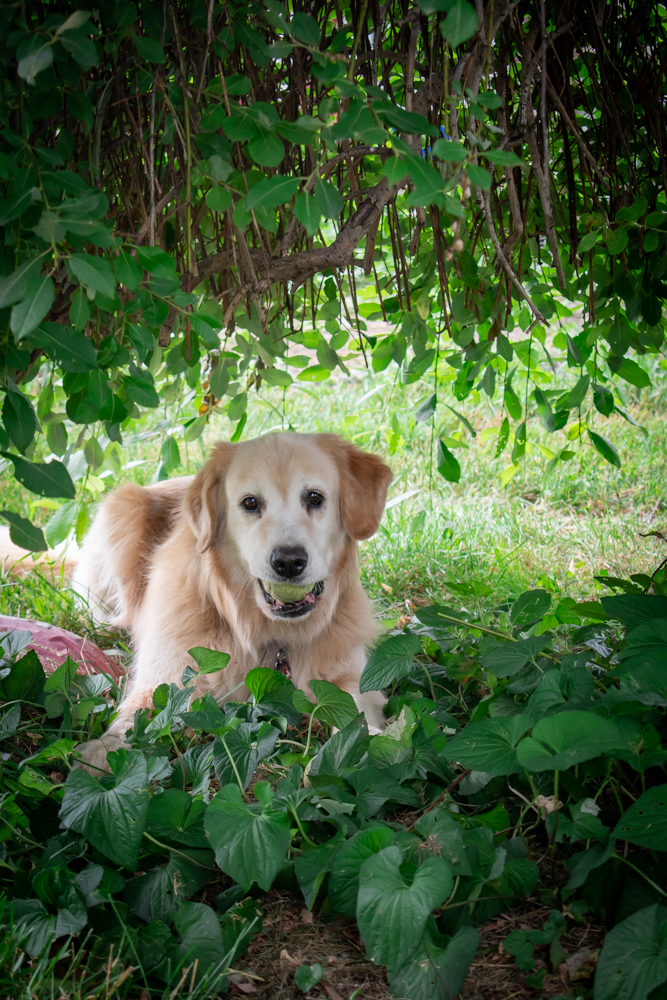 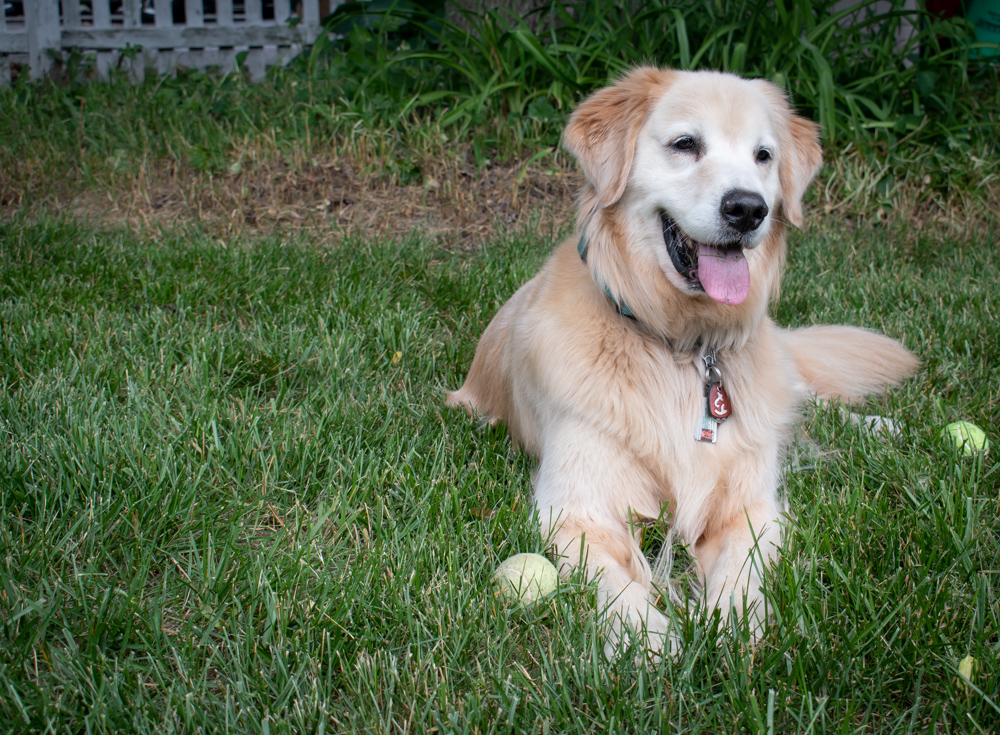 After he retires, Ryver will remain with Franklin as her pet and friend, though there are many people who want him. “The line of people willing to adopt him would be miles long!” she laughs. “He is the sweetest dog.”

Replacing Ryver will be Journey, a Labrador Retriever that will be placed with Franklin in November or December. Journey, who will be two years old in February, still lives with his foster family. Both Ryver and Journey had the same trainer, Lori Grigg at Paradise Dog Training in Fenton. “Lori will work with me,” Franklin explains, adding that since this is her third dog, she won’t need as much help learning to live with Journey. Prior to Ryver, Franklin had a service dog named Sunny that she adored.

Franklin looks forward to building a relationship with Journey, and the two dogs got along quite well when they met. “Ryver is very laid back and just goes with the flow, so I wasn’t surprised,” she says. “They sniffed each other and that was it.” She will miss having Ryver as her daily companion. “He is just a happy dog. He’s so delightful and he makes people really happy,” she says. “He is a very smart dog, but Journey is, too!” 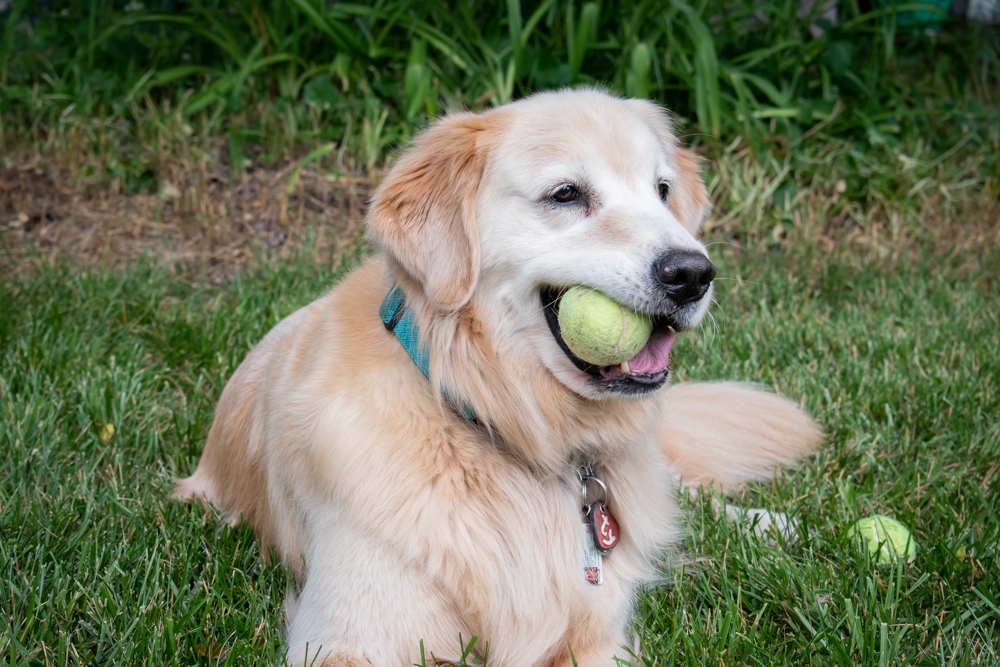 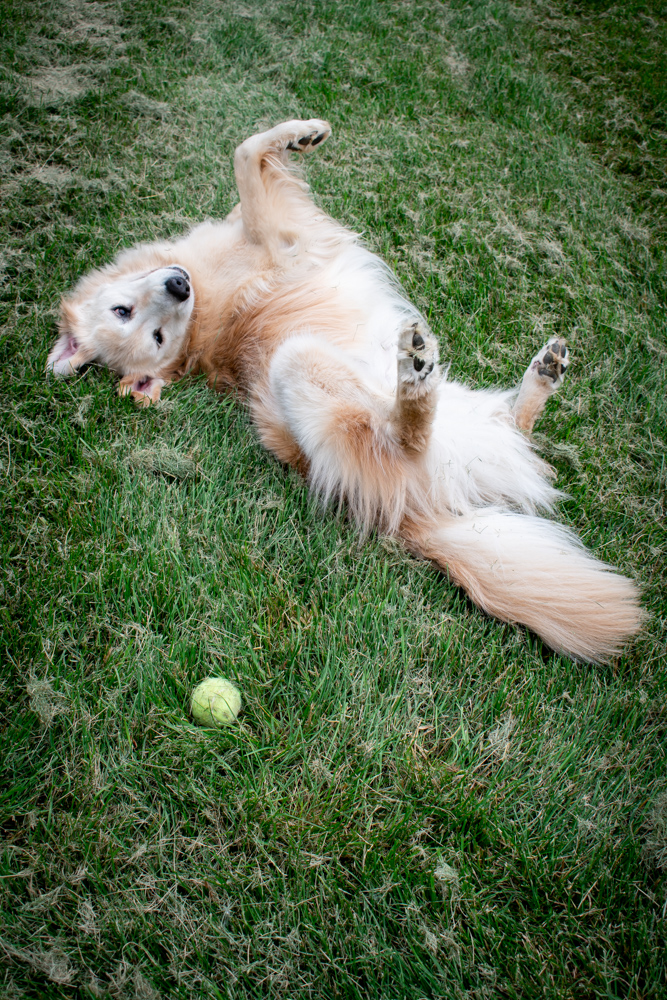 Living with Brittle Bone Disease hasn’t been easy. Franklin suffered many broken bones throughout her childhood, until she was in fifth grade. “Puberty tends to be a good thing when it comes to Brittle Bone Disease,” she explains. “I’ve had quite a few surgeries and I have pain, but I can’t do anything about it.”

It was hard for Franklin to ask for help with the funding for a new dog. “It took me a long time, but people want to help and I’m so very grateful,” she admits. “I have been completely overwhelmed by the response. I can’t wrap my head around the generosity of people. I truly appreciate all of the support.” 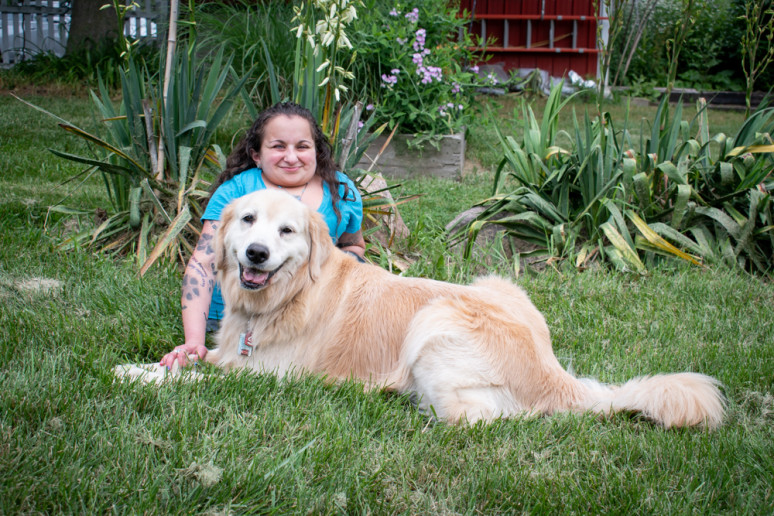