If the walls of Berston Field House could talk, one can only imagine the stories they would tell.

For more than 90 years, countless Flint-area athletic legends have honed their skills at the iconic structure at Saginaw and Spencer streets under the watchful eyes of coaches and mentors, only to later be watched by thousands in college and professional stadiums and millions on television. The list includes NBA All-Stars Glen Rice and Trent Tucker, Michigan State greats Antonio Smith, Mateen Cleaves, Charlie Bell and Morris Peterson, five-time NFL Pro Bowler Andre Rison, and Heisman Trophy winner, Mark Ingram.

“My goal is for Berston to continue
to serve as a beacon of hope.”
– Bryant Nolden, Executive Director 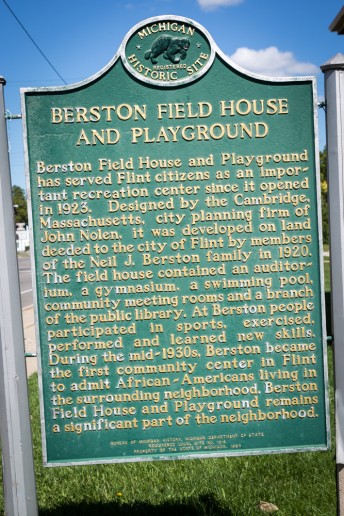 “Berston is really hallowed ground,” says Bryant Nolden, the facility’s executive director for more than seven years. “Berston has been a stable place for the community and a place that people who have taken part in programs here can look back on with fond memories. It’s been that way for more than 90 years and it has a great place in Flint’s history, because it was integrated back in the 1930s. My goal is for Berston to continue to serve as a beacon of hope.”

All who walk through Berston’s front doors are greeted by its rich history in the form of a mural painted in 2011 by area artists Lavarne Ross and Alphonso Foster. In addition to Byrd, Rice, Ingram and Peterson, it also shows the Yellow Dogs softball championship team from the 1940s, Justus Thigpen, Flint’s first NBA player, and actor/athlete Tony Burton, who played a trainer in the Rocky film series.

Berston was named a state historic site in 1994.

“I first started going to Berston to use the pool when I was about 10 years old,” says Thigpen, now 69, who was Berston’s director in the 1980s. “I started playing basketball there when I was about 14, and it was the hot spot to play.”

Thigpen, a member of the Weber State University Hall of Fame who played for the Detroit Pistons and Kansas City Kings during a brief NBA career, points out that aspiring ballers have to earn their way onto the main court after improving their game in Berston’s smaller gym, which also features a running track above it.

“I started in the smaller gym because the competition was so strong, the talent at Berston was tremendous, and testing myself against those guys was important in my development,” says Thigpen, a Flint Northern All-Stater. “Once I got to the main court, I was going against older guys like Gene Summers [an All-American at Northern Michigan and 1966 Chicago Bulls draft choice]and [former Flint Central and Mott Community College star]Cloyce Dickerson. I learned a lot playing those guys one-on-one, because they made you earn everything on the court.”

Added Nolden, who played for Lane College in Jackson, TN and Central State University in Wilberforce, OH: “You do have to graduate to the big court and I remember a game when [former Flint Powers and Ferris State University standout]Tim Herman scored almost 40 points against great competition, so that was really a feat. The competition has always been so strong.” 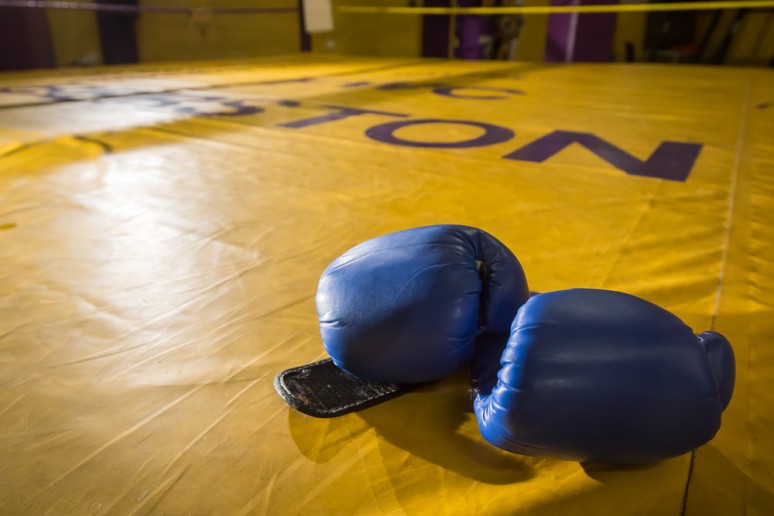 Thigpen also refined his shooting touch at Berston with the help of James “Mickey” Atkinson. “We worked on the shot all the time where I moved the ball behind my back and then shot it over my head,” he recalls. “I could usually hit that shot from about half court. I remember hitting it during a game in Corunna and then I hit again when we beat Canada in the CANUSA Games, and they actually thought I was mocking them. Even my Pistons’ teammates [like Hall of Famers Dave Bing and Bob Lanier]during practice would be like, ‘Hey Pig, could you show us that shot again?’”

Thigpen equally enjoyed his time as Berston’s director. “It was great, because I got to intermingle with people from the community of all ages from kids through senior citizens who were there for different activities,” he says. “I always tried to help the kids with their basketball skills and tried to put them on the right path in life. Even today, adults I spoke to as kids tell me that if it was not for me, they might be in prison or even dead. I get great fulfillment from that. It means everything to me.” 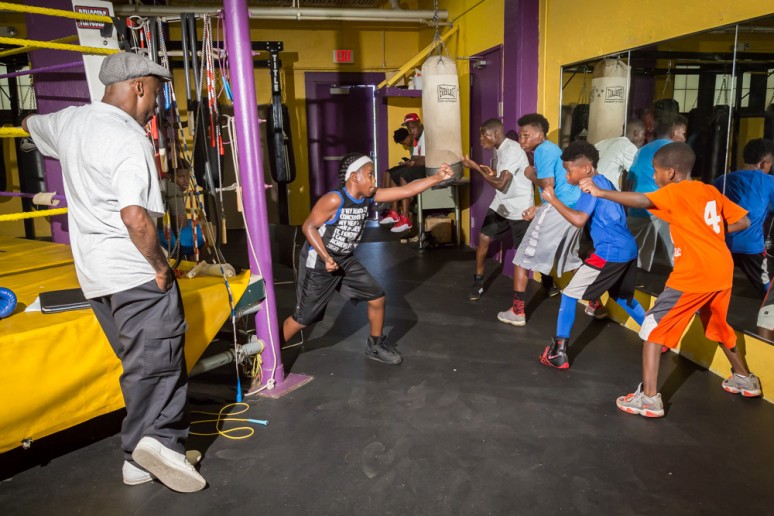 Among those who learned from Thigpen was University of Minnesota and NBA star Trent Tucker, also an All-Stater at Flint Northwestern. “Justus Thigpen was one of the guys at Berston who provided support for me outside of my family,” says Tucker, who ranks 19th in NBA history in 3-point shooting percentage (40.8). “I learned a lot from him and really developed my skills at Berston,” he says. “It’s a great place for the youth of the community and it helped me to be there growing up. I have great memories of mixing it up there with my brothers.”

Not only did Tucker’s time at Berston impact his playing career, it is a major reason he is the Minneapolis Public Schools Athletic Director today. “From being at Berston, I know how important it is to provide kids with that support and mentorship outside of their family,” he says. “My current job is a great way for me to provide in the Minneapolis area what I received at Berston.”

There are countless other stories of future basketball greats coming of age at Berston, like Eddie Robinson, who reached the NBA despite dropping out of Flint Northern and not playing high school basketball. That’s because he was able play against adults earlier in the day, and then with high school players like Cleaves in the afternoon. Robinson, along with many others, also improved his game under the guidance of legendary Flint AAU coach Raymond Jones, who also helped Robinson obtain a GED before standout stints at Brown Mackie College in Salina, KS, and Central Oklahoma led him to the NBA. “Berston was my getaway from the streets and everything else,” Robinson told Sports Illustrated in 2001.

Antonio Smith talked about the importance of Berston in his life when the facility marked its 90th anniversary in 2013. “I will always be thankful for the opportunities that Berston provided me,” said Smith. “And for giving me and other kids at the time a safe environment to mature not only in our sport, but also in life.”

And it’s not just the court walls that could tell endless tales of sporting feats; the ring in Berston’s basement boxing room has served as the proving ground for Olympic medalists Claressa Shields and Andre Dirrell, former world champions Anthony Dirrell and Chris Byrd.

Perhaps the most celebrated story of how time at Berston propelled a young athlete to greatness is that of Shields, a two-time women’s Olympic boxing gold medalist. She was 11 when her father Clarence, a boxer in his youth, talked about the famous father-daughter boxing duo Muhammad and Laila Ali, but discouraged his daughter from taking up the sport. Claressa was undeterred, however, and one day accompanied her friend Eddie Dean, a member of the FWC Berston Boxing Club, to one of his training sessions and took an immediate liking to the sport. Shields soon caught the eye of Coach Jason Crutchfield and just six years later, she was an Olympic champion.

“Berston has been so important in the development of Claressa and many other Flint boxers,” says Crutchfield, a three-time state Golden Gloves champion, who got his start at Berston in middle school. “Without Berston, there is no Claressa Shields. It was obvious she was learning and improving quickly and had that inner drive to become a champion. Sparring with the boys was no problem for her. I don’t know if some took it easy on her or not, but she had no fear and learned boxing better than some of the boys.”

Besides Shields, Berston boxers Ardreal Holmes and Sardius Simmons also competed in this year’s Olympic Trials. Crutchfield and Ed Kendall train about 15-20 boxers, five evenings a week. “We do it because of our love for the kids and for the sport,” Crutchfield says. “We take a lot of pride in having our guys well-prepared to fight.” 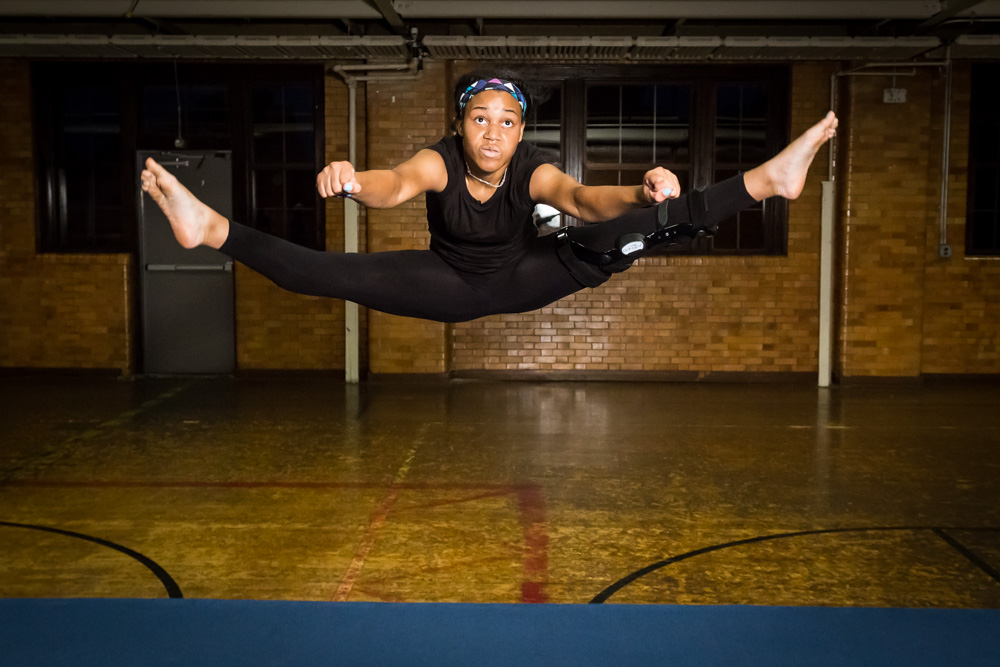 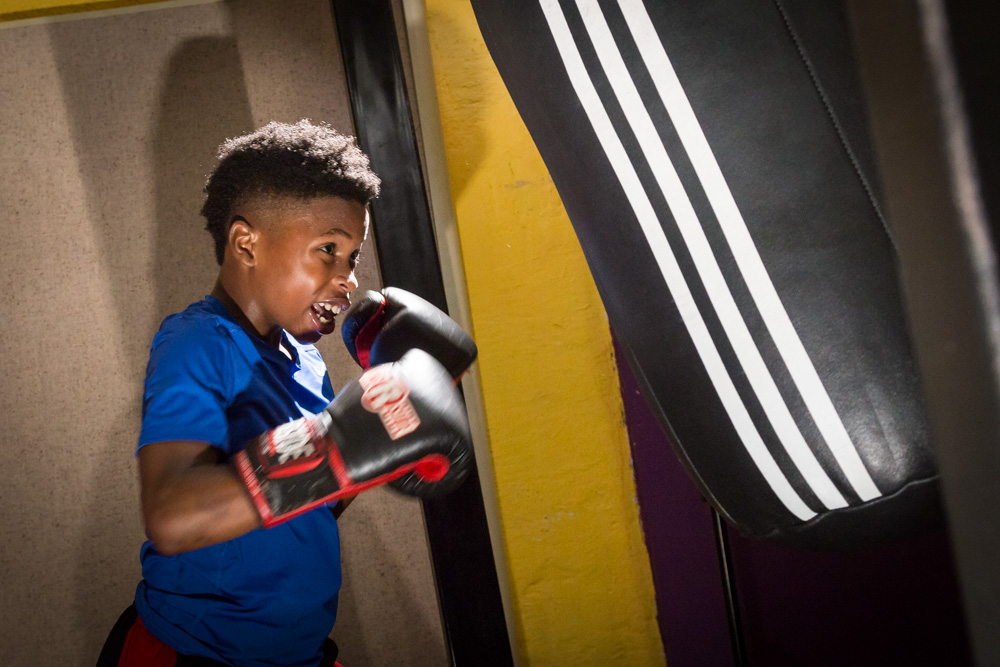 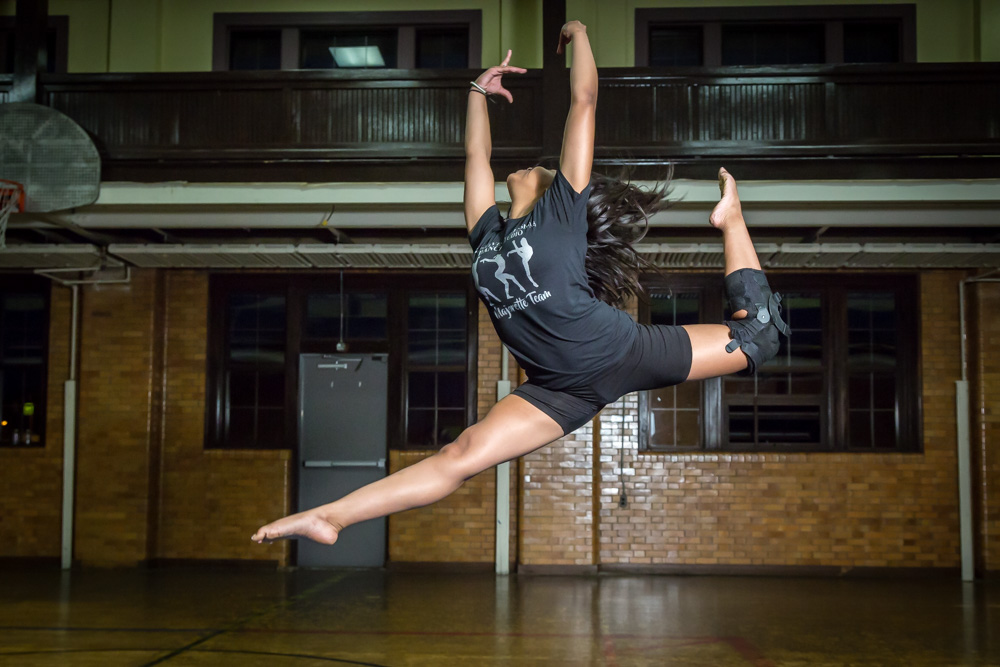 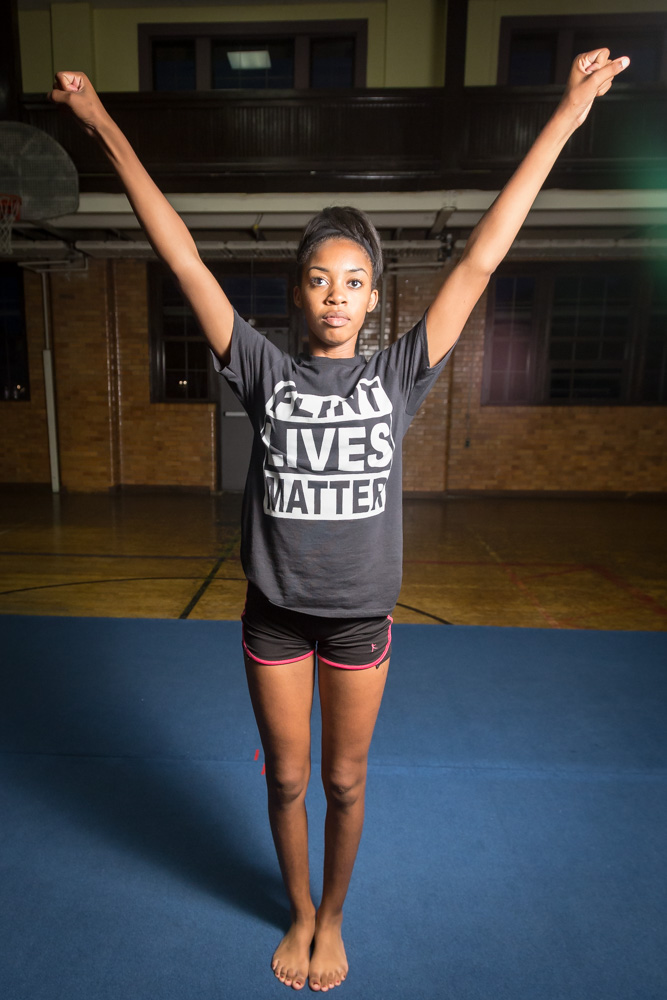 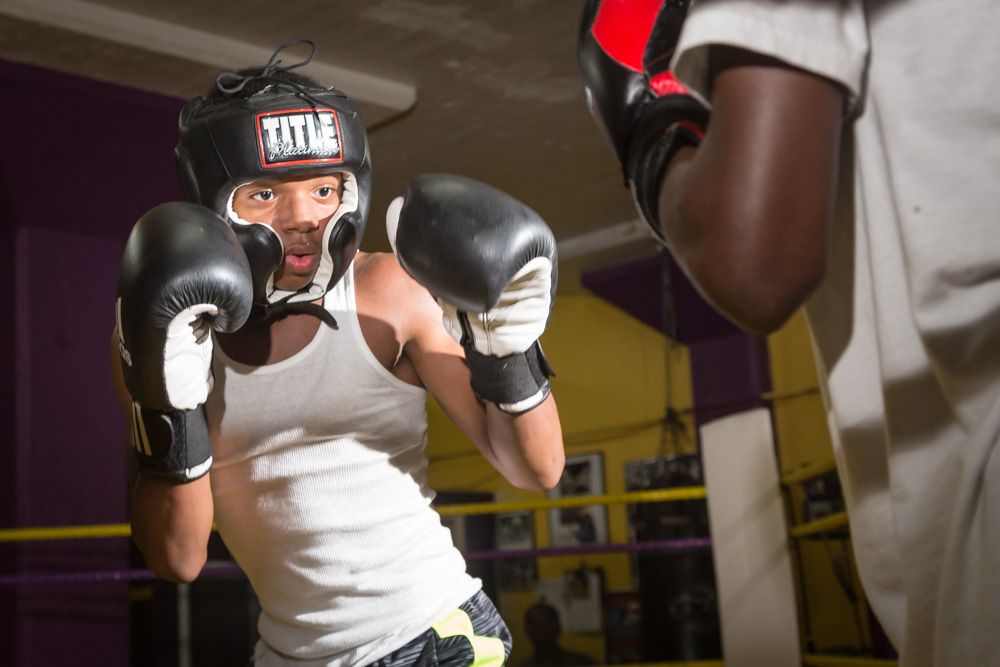 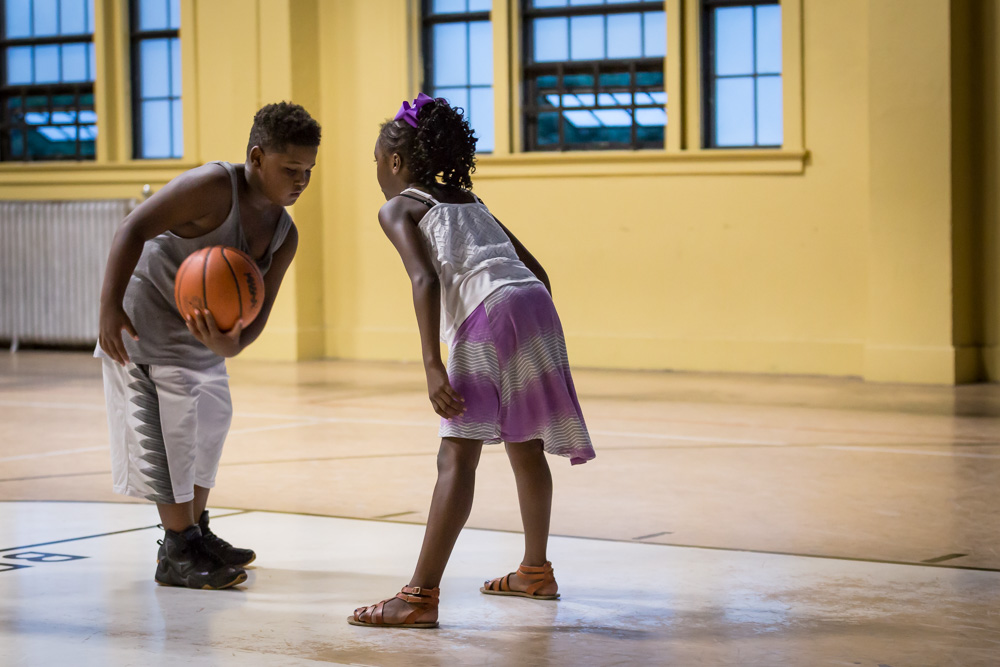 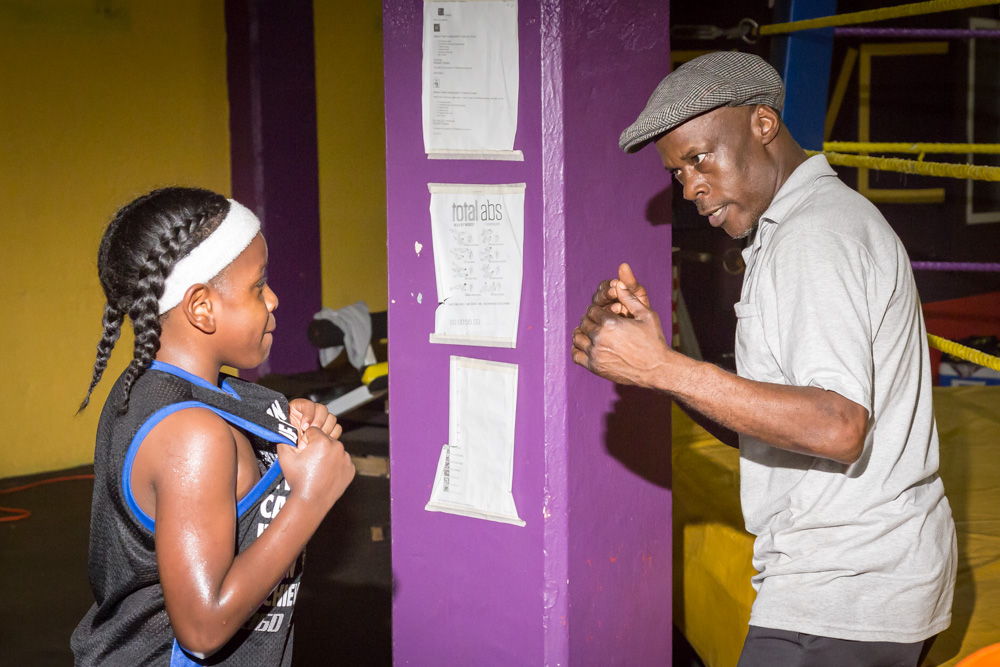 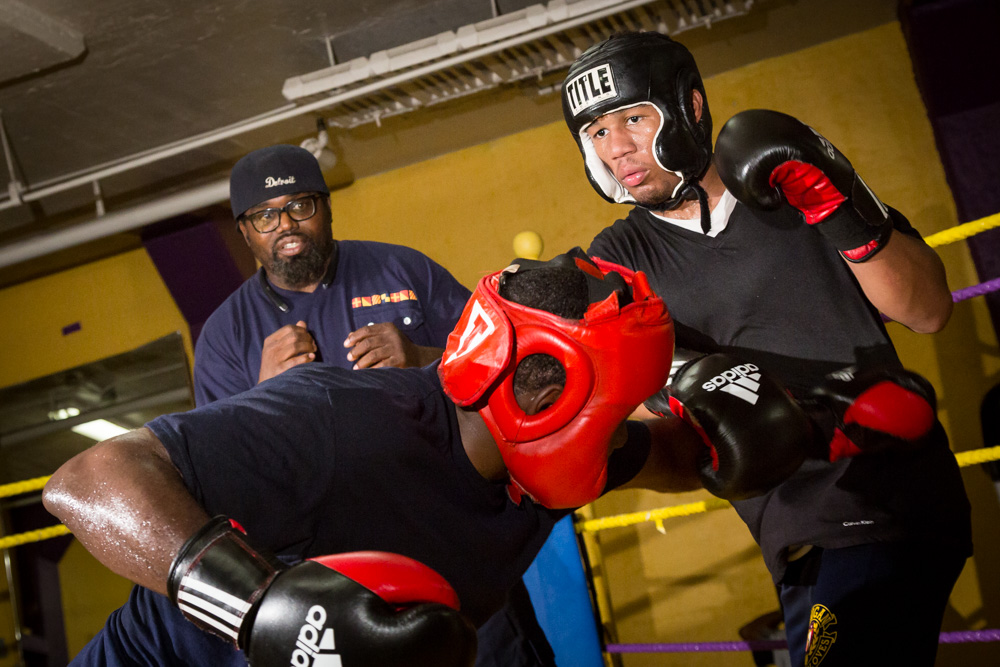 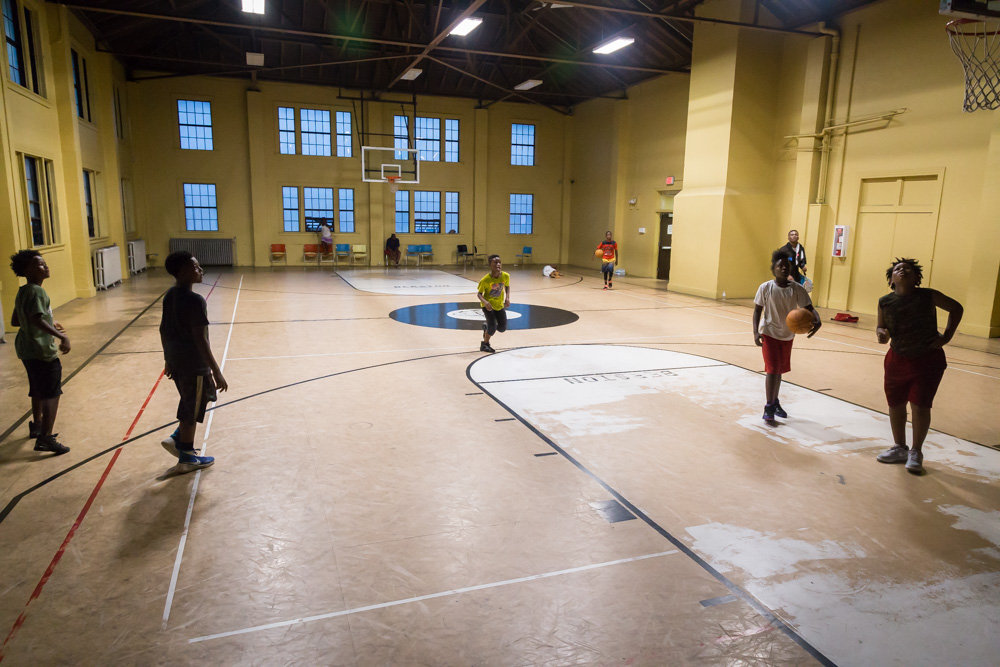 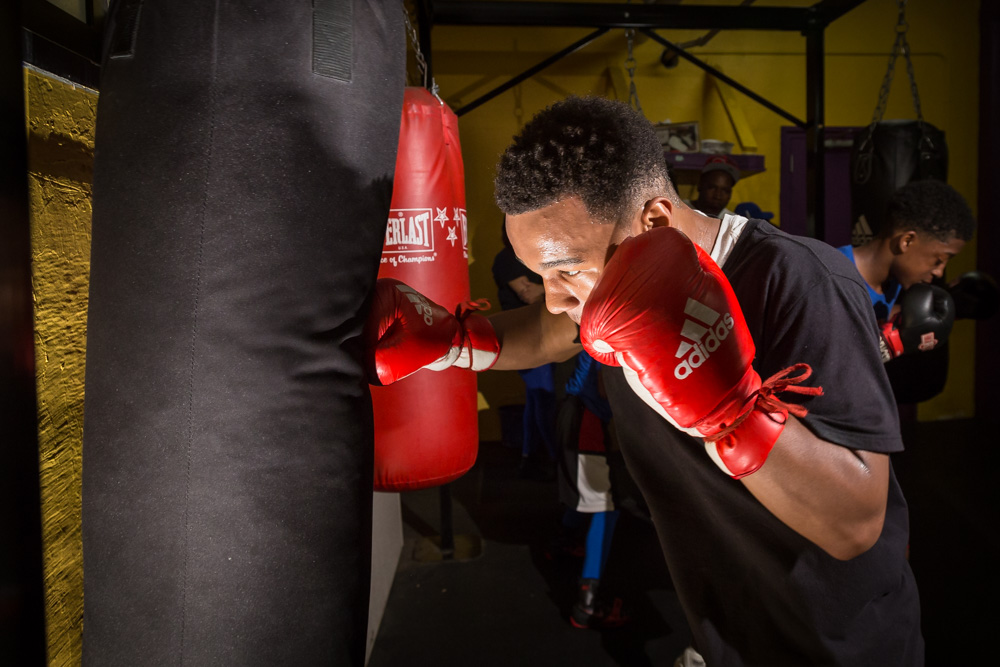 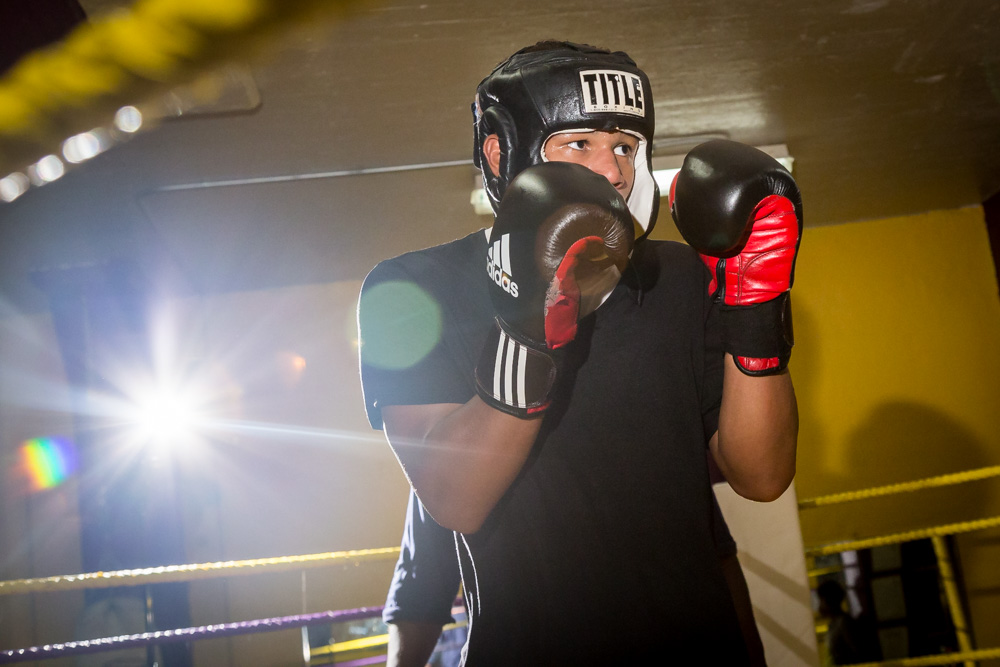 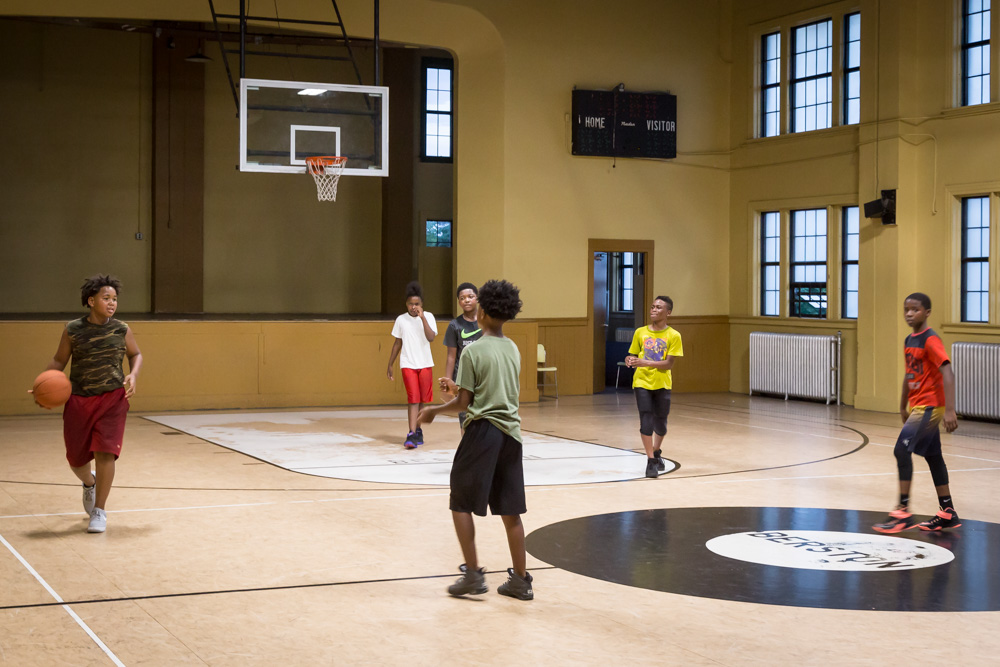 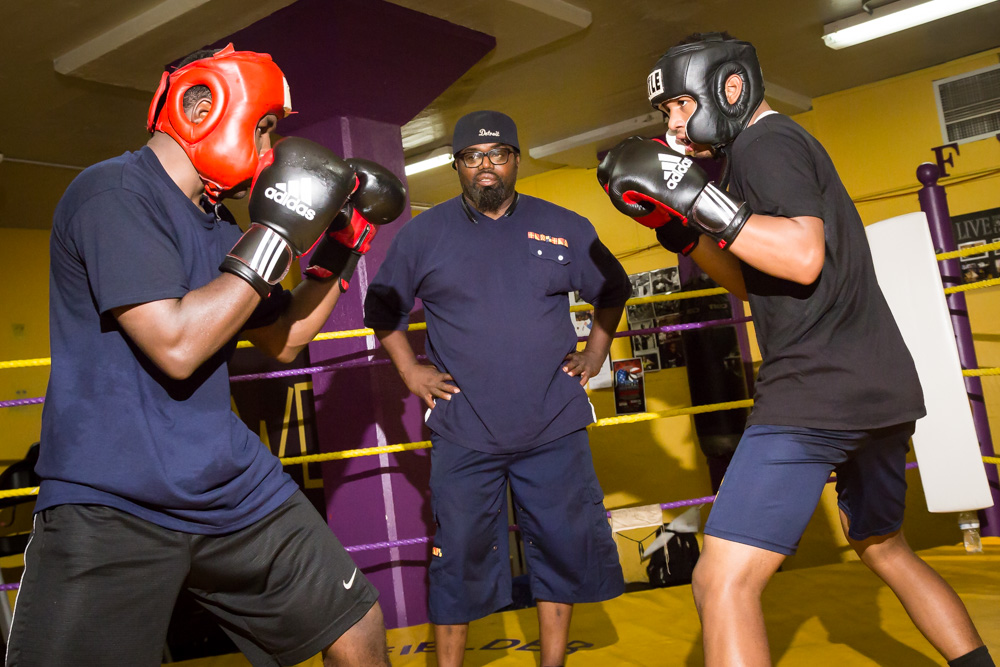 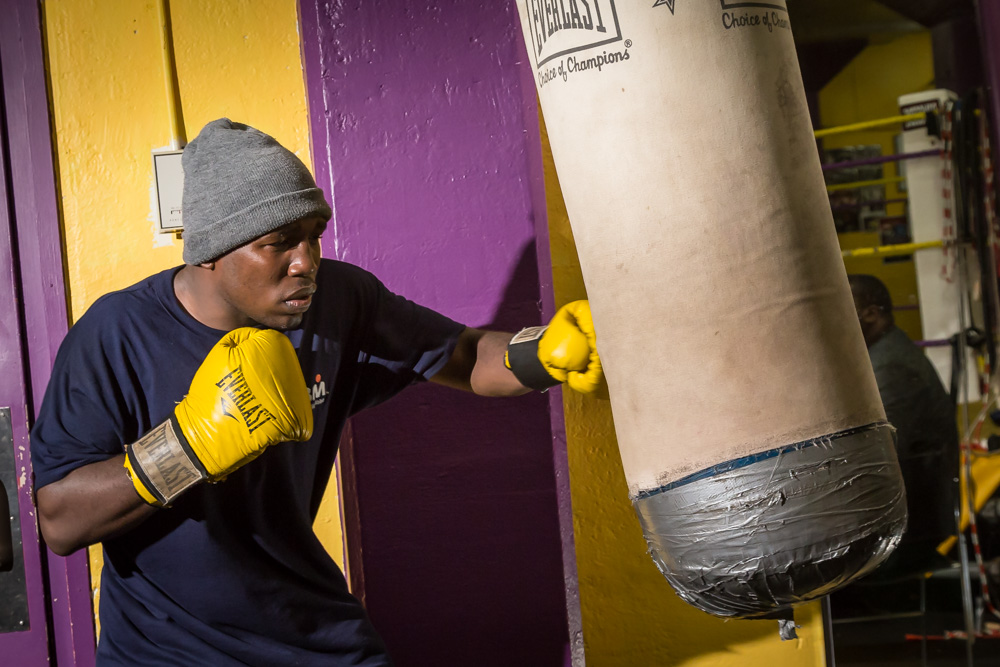 With its history, there are likely few people around who set foot in Berston before Tom Yeotis.

The 86-year-old, retired Genesee County Circuit Court judge was a football, basketball and baseball standout at Flint Central, who first came to Berston in 1941 at age 11.

“Berston was our Madison Square Garden – a mecca of basketball,” recalls Yeotis, who also starred in basketball at Flint Junior College (now Mott) and was inducted into the Michigan Amateur Softball Association Hall of Fame in 1995. “Berston was a block from our Greek Orthodox Church and after school there, we’d find our way to Berston,” he says. “That’s where I discovered my love for basketball and baseball. Dunking was not allowed, but nobody could do it, anyway. You were a big deal if you could jump and touch the rim.”

Though Berston is showing its age in some ways, it still bustles with activity. In addition to boxing, it is home to the Creative Expressions Dance Studio, The Chosen Few Arts Council, and a summer bicycle program that awards a new bike and equipment to those who successfully complete it. There is also a vibrant slow-pitch softball league that draws more than 1,000 spectators each Sunday, a youth baseball program, two youth basketball teams, and the legendary pickup games. 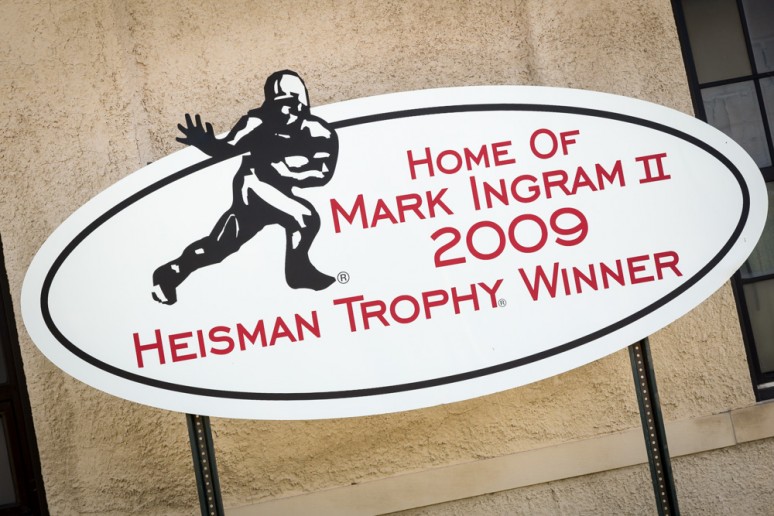 The tireless efforts of Nolden, also a Genesee County Commissioner, are a major reason Berston remains buzzing. After seven years of running the facility on a voluntary basis, he is finally receiving a salary thanks to a Ruth Mott Foundation grant through the United Way. “I did everything from cleaning, mowing the grass, plowing snow, opening and closing the building nearly every day, but it has been a labor of love I am passionate about,” Nolden says. “I am putting in 80 hours a week to be sure things run smoothly.”

On Nolden’s computer are various images of what he hopes Berston will look like in the future, including improvements such as a soccer field. “I am extremely excited about the future,” he says. “I have my big dreams and smaller visions in these drawings of what I’d like to see happen with the community’s support. We’re trying to take a broad approach in what we do to change people’s lives.”

For more info about programs at Berston Field House, visit its new website at Berston.org.