From the moment a General Motors worker named Tony Kleiber drove the first Chevrolet Corvette off a Flint assembly line in 1953, owners of the vehicle seemed destined to have a different kind of relationship with what has become one of history’s most iconic automobile brands.

A mere six years later, the National Council of Corvette Clubs was born and has grown to 270 local chapters and nearly 18,000 members.

Naturally, a club was formed in the birthplace of the Corvette.

The Flint Corvette Club was launched nearly 50 years ago and today has roughly 50 members – the youngest in their mid-twenties and the oldest in their eighties – who are proudly part of America’s love affair with the sleek, high-performance vehicle, which is now in its seventh decade.

”In a word, it’s a social thing,” says Jim Harris, an FCC member since 1973 who is in his third stint as the club’s president. “I’d say the purpose of our club, and those like it, is to actively promote the use of the Corvette through a number of social activities, competitions, and community events. Over the years, I have heard many people say that they joined for the cars, but stayed for the people. That’s true for me because the friendships I’ve made over the years have made this interesting and fun.” 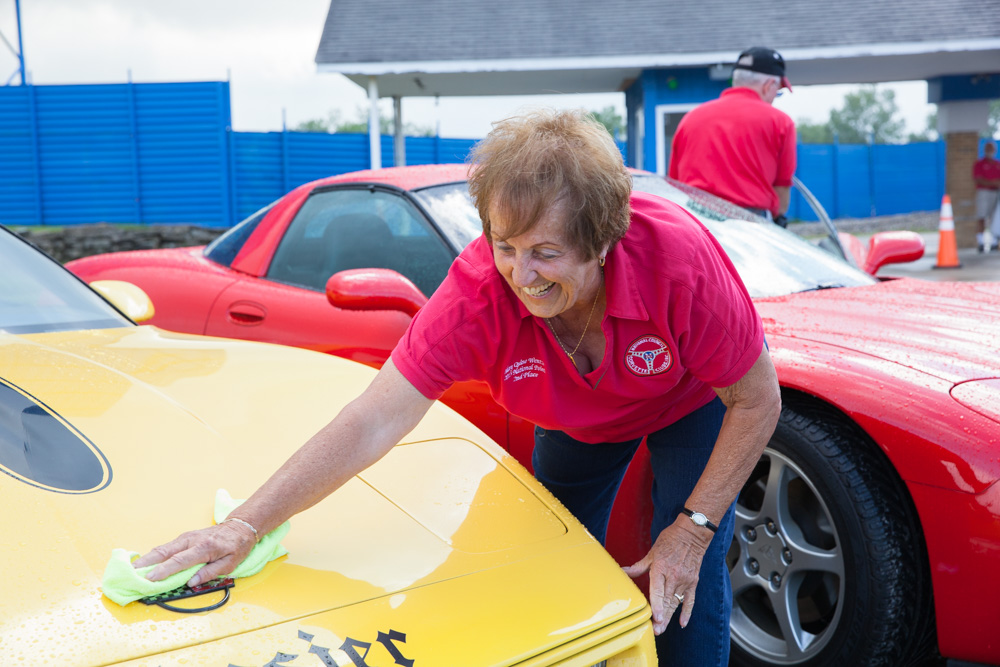 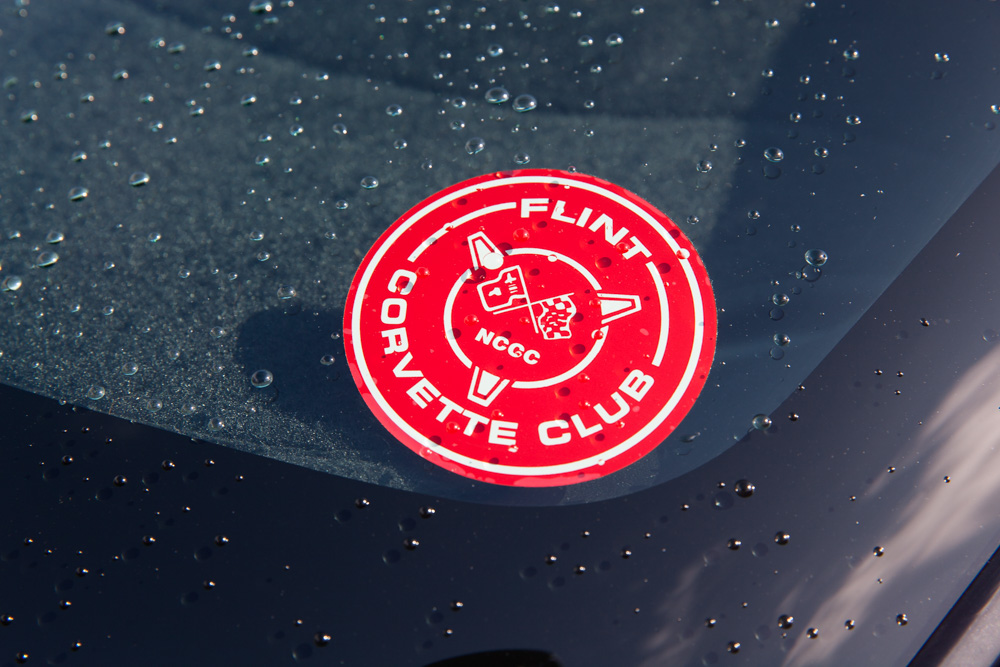 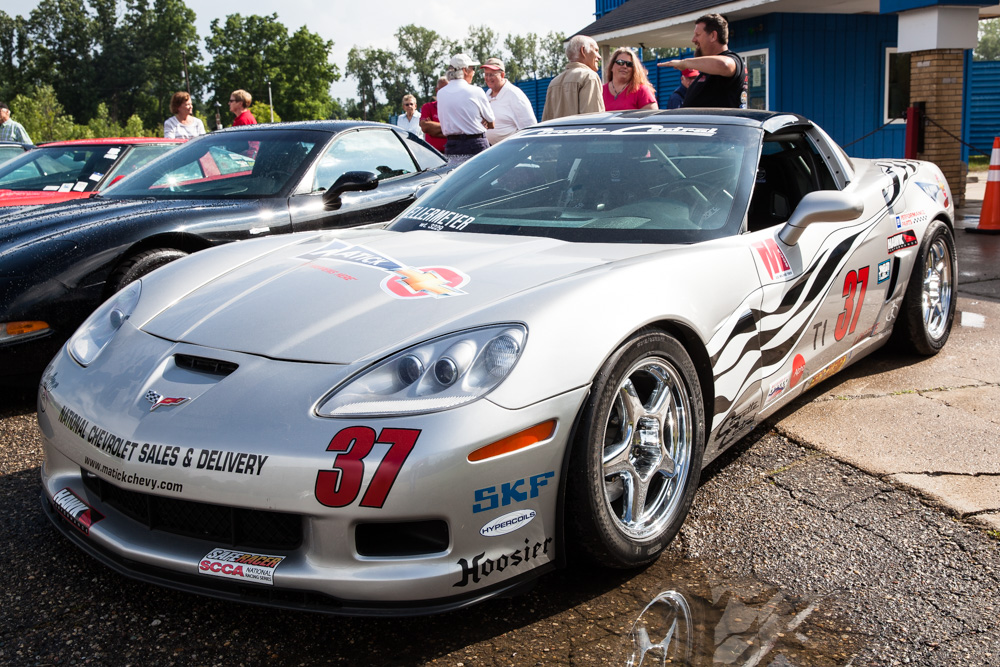 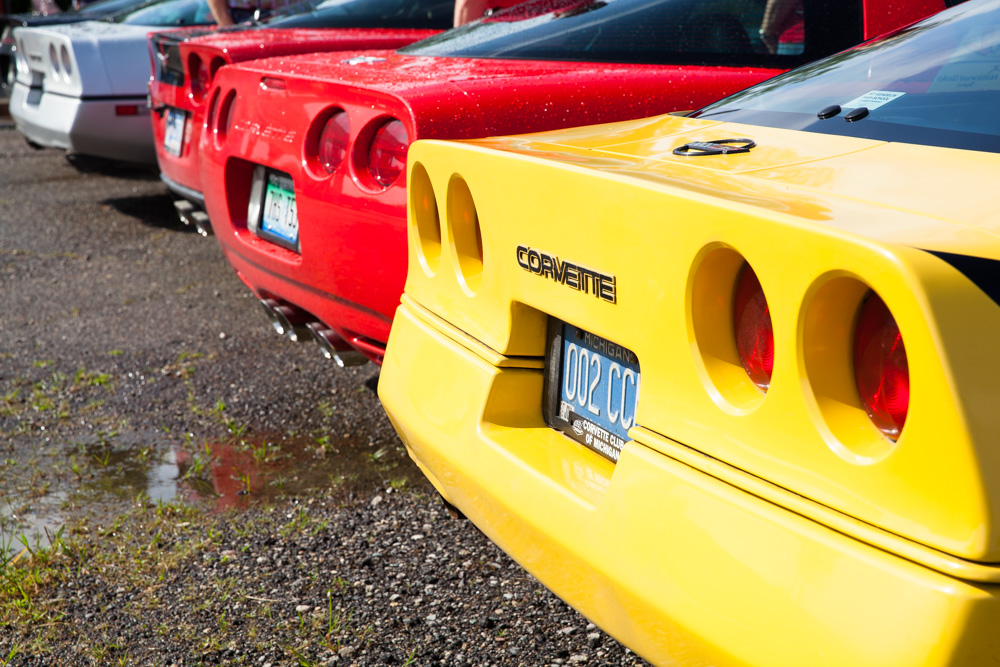 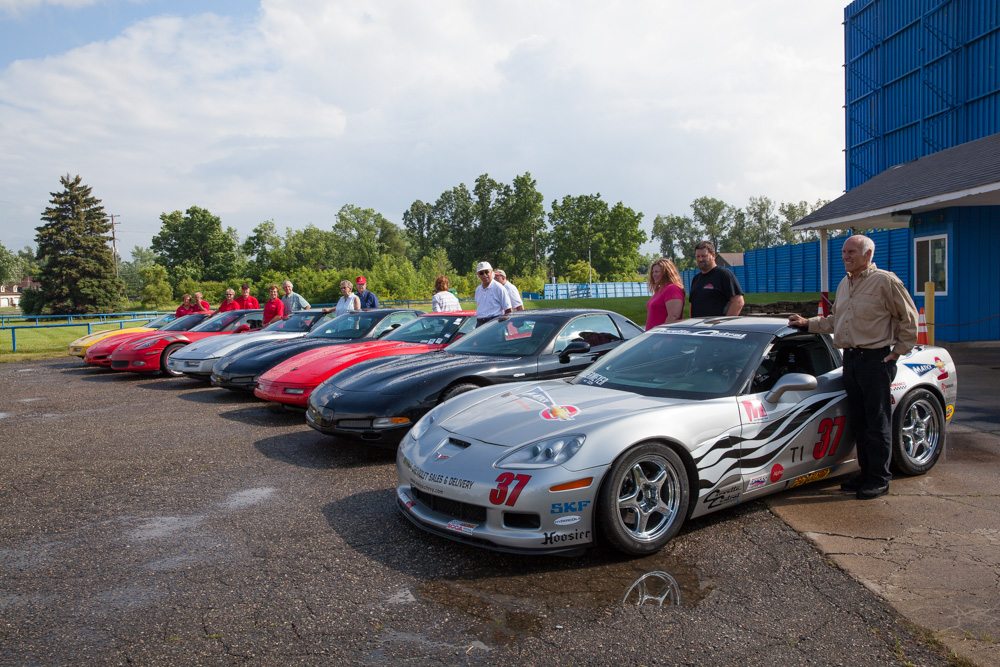 Like thousands of others, Harris and fellow member, Bob Hall, share stories of how their first Corvette purchase was soon followed by a desire to join a local club. Harris, now 73, entered the Corvette market in the early 1970s, and, after passing on 1959 and 1972 models, scooped up a 1971 Stingray in 1972 for $4,200.

“I wasn’t sure I would ever pay it off,” he says, chuckling. “At one point, I was not sure if I would get the chance to own one, but every time I saw one of those sleek vehicles drive by, the juices started to flow. Don’t ask me how many times I’ve kicked myself for not buying the 1959, but I loved the Stingray and joined the Corvette Club less than a year later.”

He did so for several reasons. “I liked the fact that I could be involved with a group of people with similar interests, and the rest is history,” recalls Harris, a retired electrician. “It’s a great place to get information and learn how to fix things. You don’t want your baby dropped off at the local Chevrolet dealership or garage.” These days, Harris’ “baby” is a 2003 Corvette he purchased new that year.

Hall, 65, first became enamored with the Corvette in the 1970s after driving one a friend owned. “I really loved it the first time I drove one,” the retired GM employee says. “It didn’t work out for me to buy one until years later.”

That day finally came in 1995 when Hall landed a 1978 model. “My kids were older by then and I was looking to do something different with my time and things worked out for me get my 1978 Corvette,” Hall recalls. “I can’t remember how I stumbled upon the club soon after that, but I went to a meeting and saw that it would be a good way to connect with the Corvette community and meet like-minded people when it comes to the car.” He now owns a 1996 model as well, and loves one aspect of belonging to the club above all others.

“For me, the competition side of it and the rallies are what really got me hooked,” he says. “The experience of driving a Corvette is what it’s all about. Polishing my Corvette, taking it to a show, parking it, and sitting in a chair showing it off for a few hours is not what I am about. Getting behind the wheel and racing are the real thrills, and if you have a few stone chips in the paint job, it’s a badge of honor.” 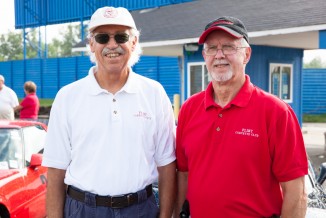 To that end, Hall spends nearly 30 weekends a year testing his vehicle in various competitions on a variety of tracks and courses. “It just depends on how much you want to become involved and I try to be involved as much as possible,” he says. “I start at events in the South in the early spring before switching to the Midwest, and ending at some events back in the South in November. For me, it’s the only way to enjoy a Corvette to the fullest.”

And Hall has been getting his fill of races. In fact, as of July 8, he led the Michigan Region Competition Points standings and ranked 38th on the national list of 1,745 drivers. “My favorite this year has been a road race at Waterford Hills I did in June, and one of the biggest competitions will be (in August) at Pocono Raceway in Pennsylvania,” he says. “Racing at Sebring Raceway in Florida in 2006 was a huge thrill too, but we also compete at local tracks like Dixie Motor Speedway and Owosso Speedway, and even in parking lots.”

Of course, the FCC boasts a much-deserved reputation for giving back to the community, annually raising funds at area events for charities like the Salvation Army, Food Bank of Eastern Michigan, Old Newsboys, and United Way. “We also supply volunteers for the Sloan Auto Fair and bell-ringing for the Salvation Army, as well as contributing donations,” Harris notes.

Unfortunately, lack of sponsorship forced the club to cancel its annual car show this year, but Harris said it will return next year under the sponsorship of Matick Chevrolet of Redford. “Somebody suggested we reach out to Matick and they were more than happy to help,” Harris says. “Having a car show again will allow us to write a few more charity checks.”

Perhaps Harris’ favorite part of club membership is the various social events. “My favorite thing we do is an annual caravan of Corvettes to a late-summer show in Mackinaw City,” he says. “It can be a little rough keeping everybody together, but we sure turn heads on I-75. Of course, being part of the Corvette Reunion during Back to the Bricks is always a great experience for everybody and we try to get some special Corvettes involved that you won’t see on the road, like actual race cars. We usually wind up with hundreds of Corvettes from clubs within our region.”

Joining the club has also had a major impact on Harris’ personal life. About 30 years ago, he met his wife Barbara, who was then a member of the Glass City Corvette Club in Toledo, Ohio, during an interregional event. They were married in 1987. Barbara recently retired from her job as a nurse practitioner, affording the couple more time with their “baby.” “We’ve only put about 35,000 miles on our Corvette in the 12 years we’ve owned it, but now with Barb retiring, we’ll be racking up more miles during the warmer months and seeing more of the country,” Jim Harris says.

Perhaps more than anyone, Harris joined for the cars, but stayed for the people. After all, he found others to share journeys in Corvettes with, as well as one special person to accompany him on life’s journey.