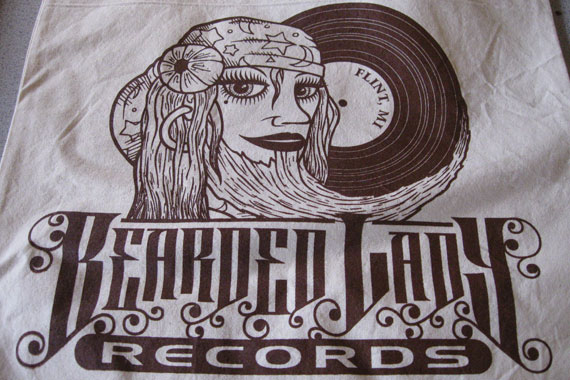 May 18 marked the one-year anniversary of Downtown Flint’s sole record store, Bearded Lady Records, which is nestled in with Red Ink next to the Flint Local 432 on West First Street. Owner, Mitch Socia, recalled when he decided to open the shop.

“I thought, ‘If this is going to be a college town, there should be a record store.’” With that conviction in mind, Socia set out early last year in search of any interest among local college students for a record store Downtown. The idea was well received, and within months Bearded Lady was up and running.

Socia began collecting records when he was 16 years old. Over the next decade, he bought, sold and traded them to amass what is today an impressive 5,000-record collection, 4,000 of which are on display in the store. Additionally, as an independent record store, Bearded Lady is able to participate in National Record Store Day, which takes place annually on the third Saturday in April, and serves as a day reserved for the sale of exclusive vinyl recordings not available at major retailers.

Socia and Bearded Lady Records plan to continue promoting the recent revival of vinyl record sales in the years to come. They are currently open on weekends only.