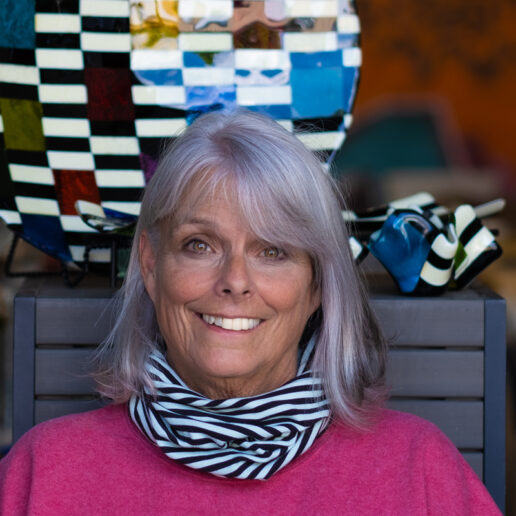 Suellen J. Parker, a well-known attorney in Genesee County’s legal community, may be a lawyer by profession, but making art is where her heart is. The talented artisan is the owner of Case Island Glass LLC, specializing in kiln-formed, midcentury modern glassware. All of the designs are handmade from Bullseye Glass, a manufacturer in Oregon that supplies raw art glass for fused glass makers.

Parker, who is married to Patric Parker, a partner at Simon, Figura & Parker (chosen Best Law Firm in the My City 2021 City’s Choice Awards) and popular local musician. She has three adult sons – Charles, Tom and Joey Boike – from a prior marriage. Born and raised in Flint, she attended Flint Powers Catholic High School and became interested in art at age eight when she won a scholarship to the Flint Institute of Arts where she started taking pottery classes. She obtained a degree at Boston College in Massachusetts in 1978 and also worked at a pottery studio as a production potter (mass-producing coffee mugs). When she returned to Michigan in the early 80s, she sold pottery to a gallery in Birmingham. 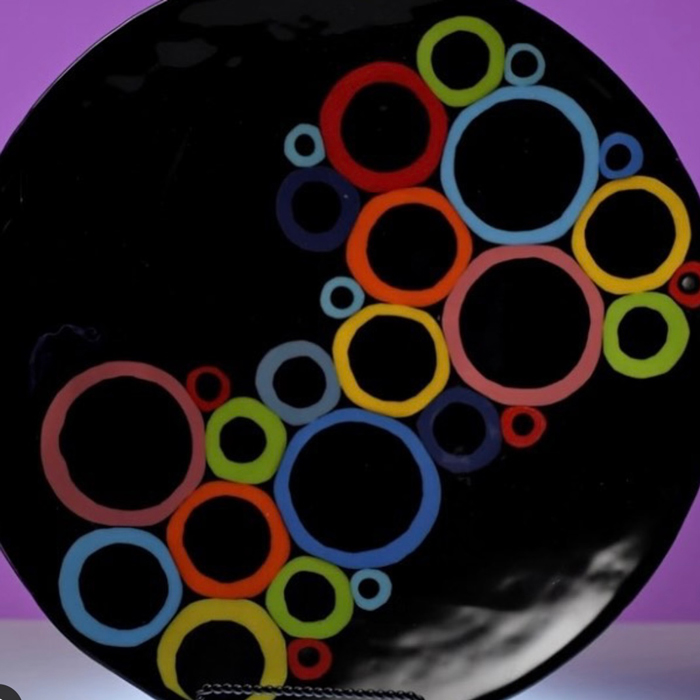 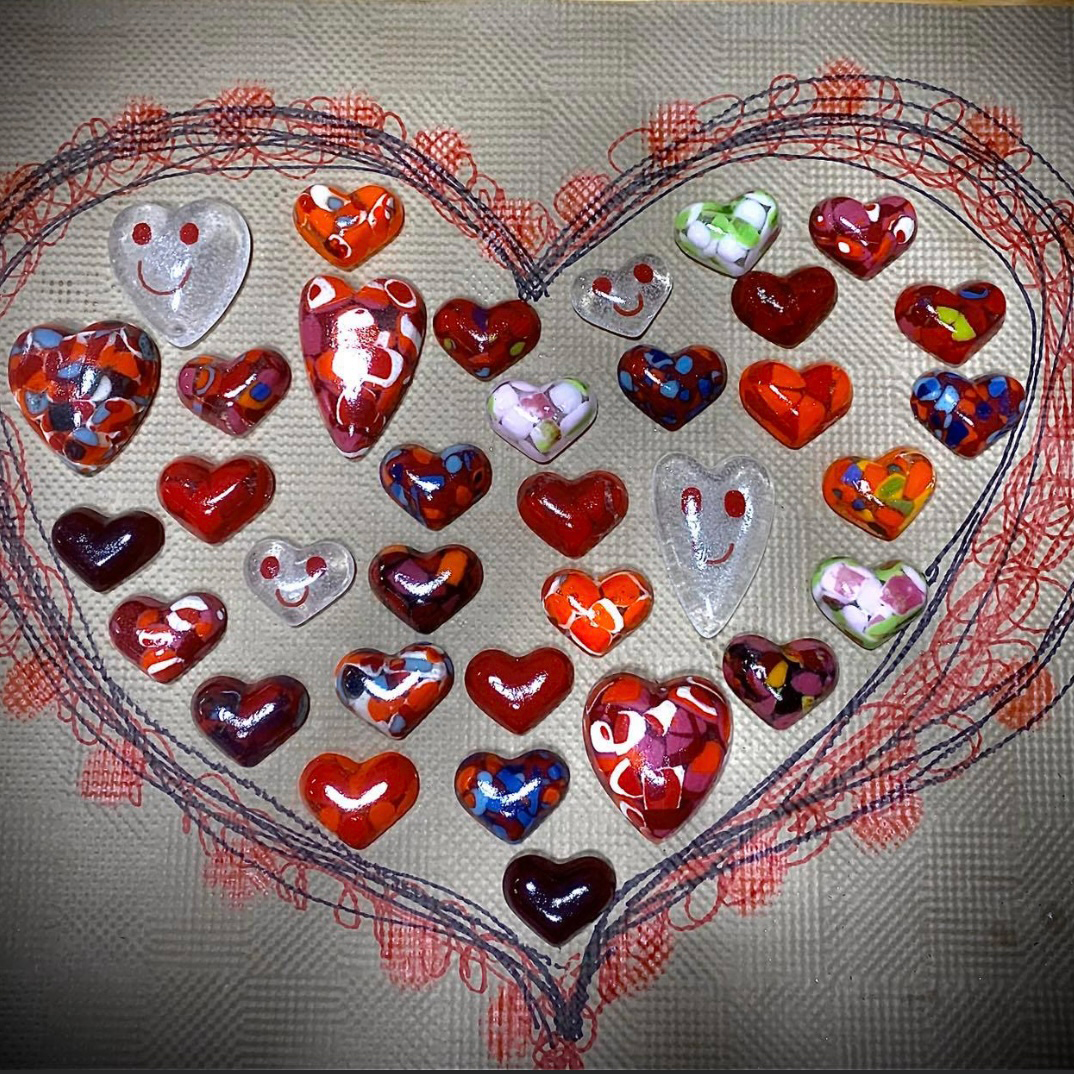 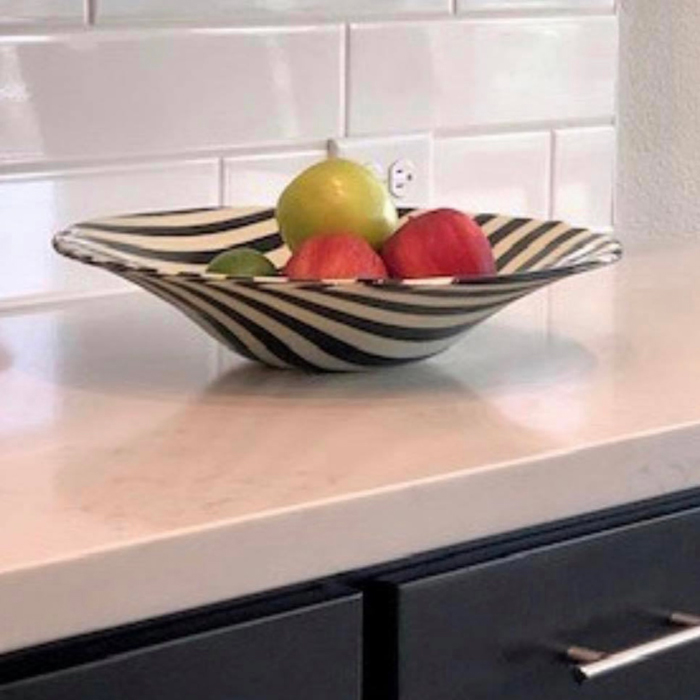 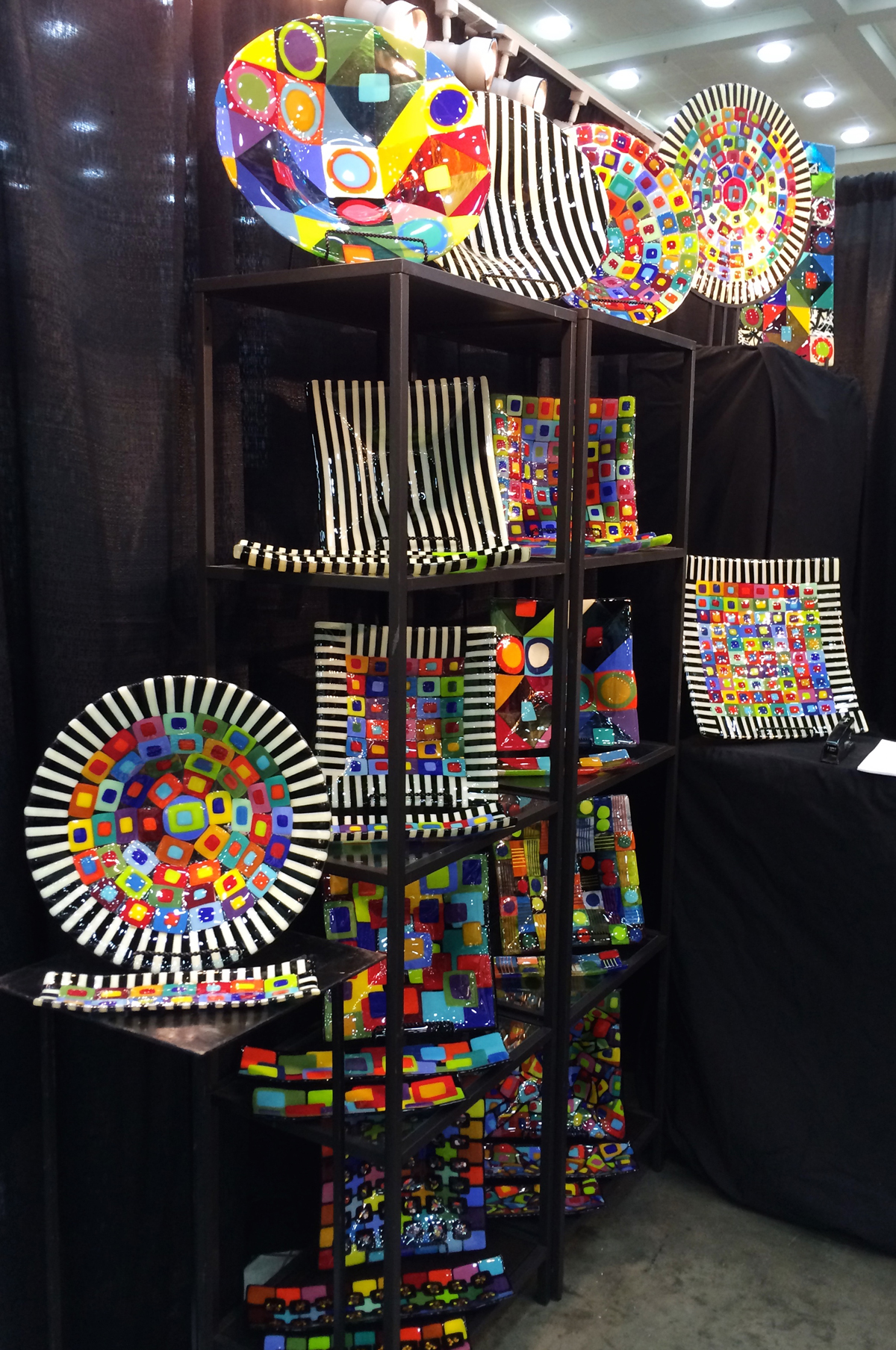 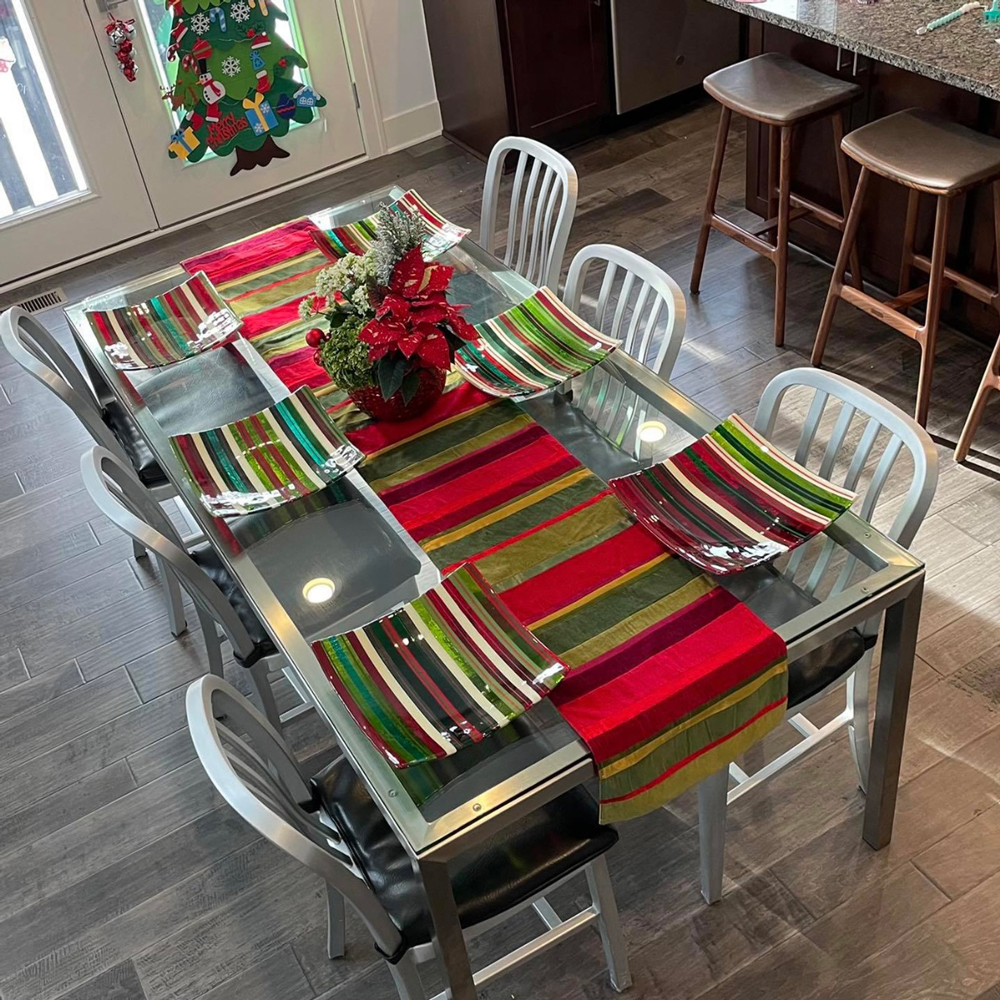 After going through a divorce and raising three boys on her own, Parker went to law school and earned her Juris Doctorate. “You don’t make much money selling pottery,” she says with a smile. She continued her education at DCL College of Law (now at Michigan State University). “I became a lawyer,” she says, adding that she was the first female attorney at the Flint firm of Winegarden, Shedd, Haley, Lindholm & Robertson. “I eventually left the firm to start my own practice.”

Parker became interested in working with glass in 2005, when she started fusing glass in the basement of her home. She had never worked with glass before and is basically self-taught, honing her skills by attending workshops. “I flew out to Portland, Oregon to take classes,” she shares, “and I only use Bullseye Glass; it is the most expensive.” Her background as a potter was very helpful. “In order to make glass correctly, you have to know how to work with the kiln. I know the science and the melting temperature. I like color, primarily bold colors,” she says, “and you can achieve that with glass.”

Coming up with designs was easy for the artisan. Her collections consist of functional dinnerware, bowls and plates and more. “Whatever you put on your table is what I make,” Parker says. She remembers her mother having 12 different sets of dishes – everyday and holiday dishes. “I was always more intrigued with the colorful ones,” she remembers. 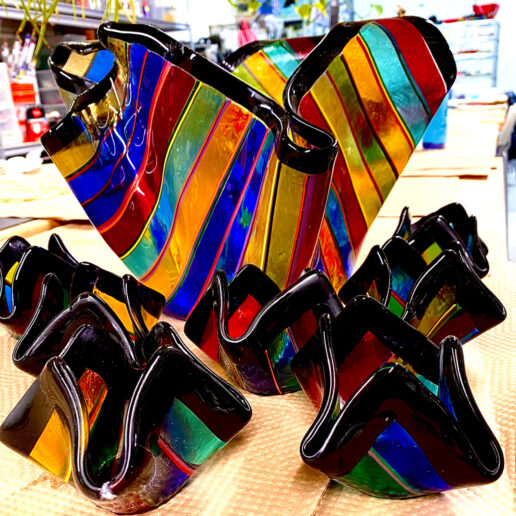 “I can go to my studio and lose track of time. This is what I love to do.”

Parker has two studios where she designs and creates the glassware, one in Flint and one in Fenton. She also teaches classes, which have recently restarted following the COVID shutdown. At any given time, she has about five employees working with her.

Her works have become very popular and she has attended shows in cities all around the U.S. – Chicago, New York City and others. She has over 20,000 followers on Instagram. Her glassware is sold and displayed at various locations including the Museum of Arts and Design Store in Manhattan. One of the first exhibitions she applied for was a prestigious art show in Harbor Springs. One of the judges she worked with laughed and told her she would never get in. “I got in!” Parker exclaims. She now sells her work at the prestigious Corning Museum of Glass in Corning, NY. “My pieces are attention grabbers!” 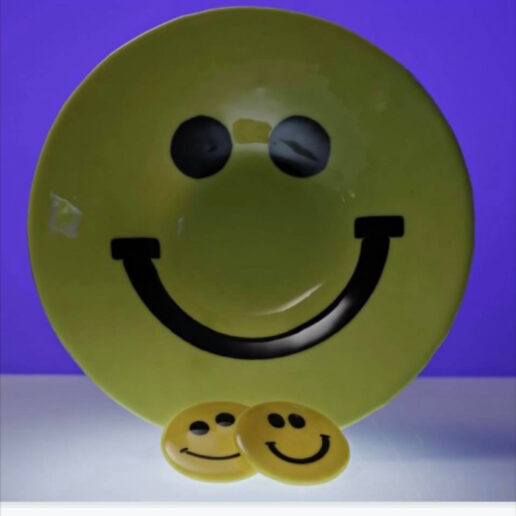 Case Island Glass has a variety of lines, such as the Wendy Collection, Joseph Collection, Thomas Collection, etc. – named after kids, friends and family members who all help come up with design concepts. Parker’s son, Joey, left his job as a chef to work with his mother at Case Island Glass. “My kids all help me tremendously in the studio,” says Parker.

Case Island Glass is also well known for its Smiley Face Collection. It is the most popular line along with the Wendy line, which Parker describes as “pure color, squares on squares.” The smiley faces come in all shapes and sizes and are sold at Blue Tree, an eclectic, high-end boutique in NYC.

Although Parker still practices law in Genesee County, what she loves most is spending time at her art studio. “I can go there and lose track of time,” she says. “Art has always been my passion. This is what I love to do.”