Al Hatch was born and raised in Flint. He has always loved classic cars and has eight of his own, a collection he describes as “a little bit of everything.” The idea to have a car cruise in Flint came about in response to the Woodward Dream Cruise, during which local merchants charged attendees exorbitant prices. He said to some of his friends, “Let’s do something here in Flint, on the same day.” And what better place than Flint to host a car cruise? “Flint was the epicenter that gave birth to the automotive industry,” says Al. 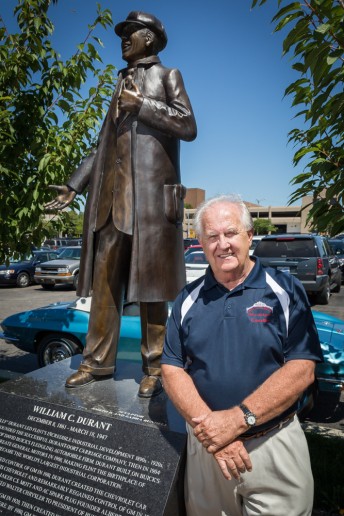 Not many people thought it would really happen, because at that time, Downtown Flint could have been described as “Plywood City” with all of the boarded-up storefronts. But the naysayers were proven wrong. “We came along, and the rest is history!” Al exclaims. “It’s been nothing short of phenomenal!”

Back to the Bricks, now in its 12th year, grew from a one-day event with only 600 cars and 7,000 attendees into a five-day main event, with Tune-Up Week festivities and promotional tours that attract thousands and thousands of spectators every year. “This is all due to a great committee who volunteer thousands of hours,” says the founder. “The committee is the backbone of Back to the Bricks!”

A few years into the event, Al and his friend, Bill Harris, NBC25 News Anchor, were walking down Saginaw Street. Bill said to him, “When was the last time you saw so many people in Downtown Flint?” Al says he believes Back to the Bricks played a major role in the Downtown revitalization.

As you can imagine, Al’s days during the main event are very busy. Every day, the excitement builds and builds. His day can begin as early as 4am. “I attend every event, along with all of the committee members,” he says. “I get up and I’m ready to hit the Bricks! I get run ragged.”

The preparation begins at 2am with the process of closing off all streets in Downtown Flint. Classic cars start lining up on the White Lot of the UM-Flint campus at 12:30am. “They have a big tailgate party and are there early, because they want to park on the Bricks,” Al says. About 300 volunteers help set up displays on the Flat Lot. 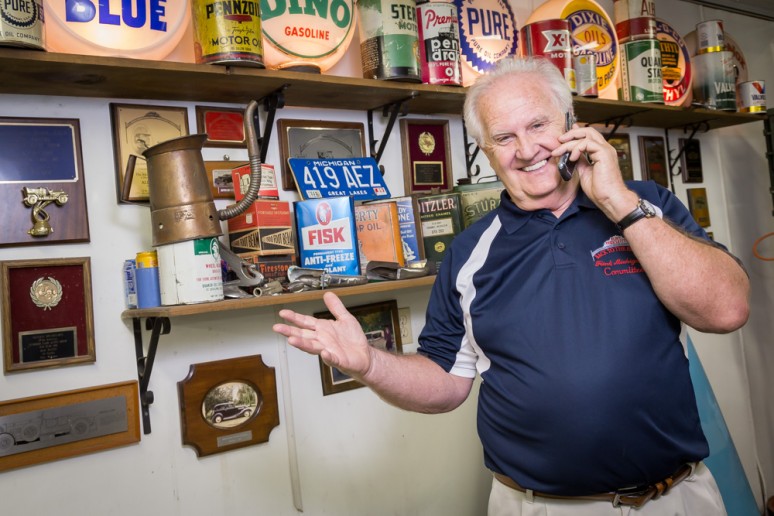 During the final planing stages, Al is in constant contact with the Back to the Bricks Committee.

Al spends a whole lot of time shaking hands and giving media interviews. It was estimated that there would be 45,000 cars at Back to the Bricks this year and anywhere from 500,000 to 600,000 people attending. Businesses along the route host many parties. “I’m glad to see that,” Al shares. “It’s a great way for the merchants to show appreciation to their customers.”  The Flint & Genesee Chamber of Commerce hosts the Hot Dogs & Hot Rods member appreciation party, and many businesses along the route have private events. The car cruise is scheduled from 5-9pm, but it usually starts a lot earlier. “There are two days of a rolling cruise from Grand Blanc to Downtown Flint,” says Al. “And there are thousands of cars and thousands of spectators lining the streets.” 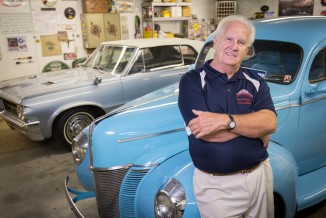 Main event days for Al and the committee can go on until midnight or 1am. Despite the long hours and hard work, Al is extremely proud of Back to the Bricks. What he likes best is that it has become a community happening and many people volunteer their time. “This is such a great event for Flint,” he adds. “The biggest joy is seeing the crowds and the smiles on their faces.”

In his spare time, Al can be found in his garage workshop, working on cars and restoring memorabilia that he has had for 35 years. He and his wife also enjoy traveling, as he says, “No grass grows between our toes.” And planning the annual Back to the Bricks events keeps him busy throughout the entire year. “I’m always looking for volunteers and committee members,” he says.

Al’s car collection includes a 1966 Corvette, a 1933 Auburn, and a 1971 Mercury Cougar muscle car, to name a few. His favorite? “Whichever one I’m driving,” he answers with a smile.