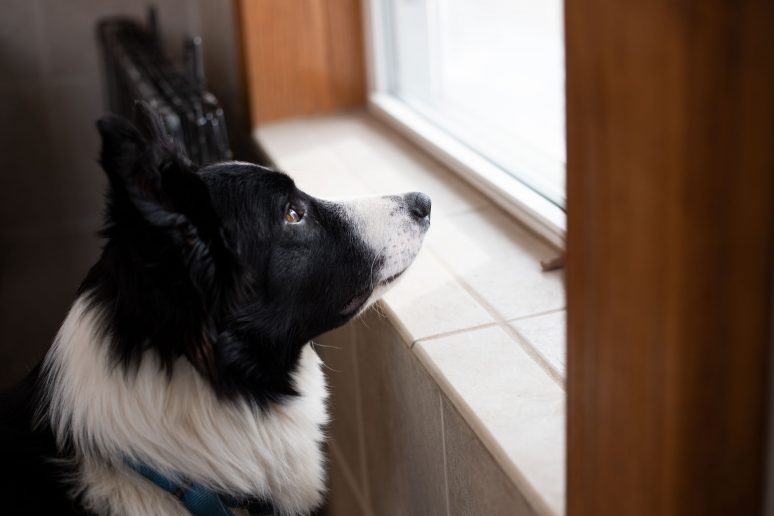 Adopt-A-Pet is a non-profit animal center in Fenton that is committed to helping animals in need. Their mission is to provide a means to place unwanted, adoptable animals into appropriate, loving homes. Longtime Fenton resident, Kim Wheeler, has fostered Adopt-A-Pet animals for 17 years. Currently the Interim Office Manager there, she is set to become the organization’s Event Coordinator.

Wheeler started out fostering pregnant mom cats and kittens who needed to be bottle-fed and has fostered hundreds of cats over the years. She became interested in fostering dogs in April 2012, after Adopt-A-Pet took in about 30 dogs that had been rescued from a home due to a hoarding situation. “There were 350 dogs found living with two adults in a 500-square-foot home in Allegan County!” she exclaims. “I fostered five of them,” she remembers, and she became so attached that she kept two, Teddy and Jasper, giving them a forever home. “When I got them, they were so terrified. They had lived in cages that were stacked, and they were so matted and covered in dirt, we didn’t even know what they were.”

Adopt-A-Pet is always looking for volunteers to foster animals.

Since then, Wheeler has fostered only dogs, with the help of Teddy and Jasper, both Yorkie/Shih Tzu mixed. “They really work well with foster dogs. It’s almost like they know what’s going on,” she shares. “I’ve fostered dogs ever since then, but only small ones.” Generally, smaller dogs go to foster homes rather than stay at the shelter, because the large dogs scare them, she explains. 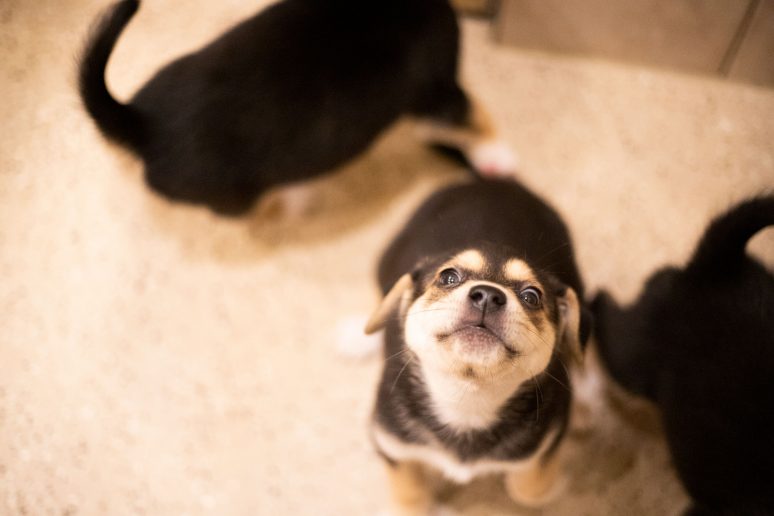 The dedicated volunteer recently fostered a tiny chihuahua named Sugar. “She’s super-sweet and cuddly,” Wheeler says. Her four-legged friend accompanied her to work at Adopt-A-Pet and was quickly adopted.

According to Joyce Zentmeyer, Kennel Administrator, fostering animals is very important because the dogs are more relaxed in a home environment and can become socialized. “We find out if they are house trained and what their habits are, which helps us better connect them with a family,” she reports. Zentmeyer has fostered many puppies and is currently fostering Maya, a shepherd mix. Suspecting that Maya had previously lived outdoors, the hardworking volunteer is focused on acclimating the dog to living inside the home.

Adopt-A-Pet takes in animals by owner surrender, from puppy mills, hoarding situations and other shelters or rescues. They also help Animal Control when needed, as well as shelters in other states. An animal can stay with a foster from one day to several months, Zentmeyer reports, and every situation is different. It is very common for volunteers who foster pets to give the animal a forever home. “Most of the time, the fosters don’t want to give the animals up,” she explains. “It’s called ‘foster failure.’ They fall so in love that they can’t let them go.”

“Fostering animals is very important because the dogs are
more relaxed in a home environment and can become socialized.”
Joyce Zentmeyer

“I call it ‘foster fantastic,’” Wheeler adds, with a smile. “I used to look at it like this: if I kept one or two of the animals, I could save one or two. The way I look at it now is, I get to love these animals while they are waiting for their forever homes. And little dogs go so quickly. I get to love a lot of dogs.” 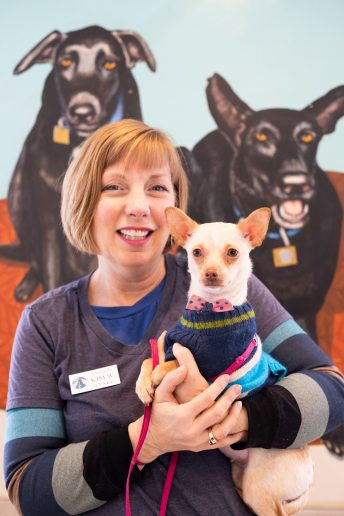 One of the downsides of fostering is that some animals are just not very adoptable, for one reason or another. The animal may have a bad attitude or is missing an eye or a leg. That’s when some good people step in. An example of this is when Josie, an Adopt-A-Pet volunteer, adopted a dog – they named him Prince Charming – that came in with a spinal injury and had to use a cart to hold his back legs so he could walk. Another volunteer, Kim Cochran, has fostered nine animals that were considered “hard to adopt.” She adopted all of them. “We have some big-hearted people here who really love animals,” Wheeler says.

Adopt-A-Pet is always looking for volunteers to become fosters. Prospective volunteers must fill out an application and attend a meeting which is held on the first Thursday of the month at 6pm and the third Saturday at 2pm. “It’s incredibly fulfilling to know that you have helped a dog until it gets a forever home,” Wheeler admits. “A foster volunteer helps them become more adoptable and that’s pretty awesome.”