Davison wrestler Cam Freeman was hanging on. With the state championship in the balance and a one-point lead, he was on the ropes. His Detroit Catholic Central opponent had turned the tide and was threatening to take the lead with 15 seconds left. Shouting encouragement and watching the clock, Freeman’s Davison teammates were frantic. Scrambling, he continued to thwart his opponent and when the clock struck zero, Davison was once again the best in the state. The team erupted in triumph, jumping and hugging each other. The battle against DCC was over with Davison victorious. For first-year Coach, Zac Hall, it was a fitting end to a trying, yet incredible year. “That match just about gave me a heart attack,” he says. “The last 15 seconds were absolutely crazy! Freeman looked dead to rights, but he’s a Davison Cardinal and he fought through it. That state finals match-up was one of the best of my life. I may be biased but, in my opinion, it was one of the top five best finals of all time – two titans going head-to-head. It was great.” 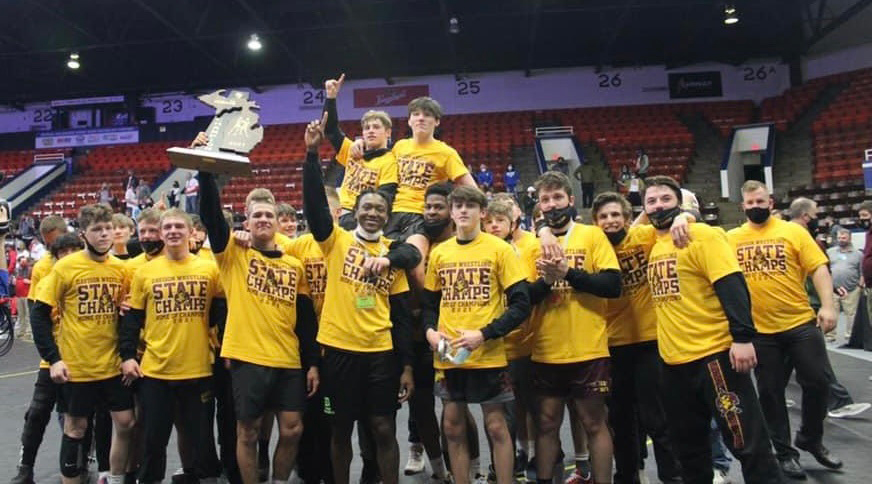 The win gave Davison their ninth MHSAA State Wrestling title and their first in 15 years. As an added bonus, Davison was able to end rival Detroit Catholic Central’s streak of four consecutive titles. After last year’s controversial finish against DCC, it felt right. “If you ask me, it was a little poetic justice,” says Hall. “We wanted DCC all year. We set that second place trophy right in front of the door to the training room so the kids couldn’t miss it. It helped heat up the rivalry.”

The winning continued in the individual format with Davison finishing with five state champions and a record-breaking 14 wrestlers selected as all-state athletes.

“It was the most impressive accomplishment I’ve seen in my wrestling history,” says Hall. “There is always a debate about Michigan’s best-ever wrestling teams. The 2004 Davison team was phenomenal with guys like Metcalf, Donahoe and Reader; and then, there was my St. John’s high school team in 2012.

“We were ranked second in the nation at the time and we only had 12 all-staters. This Davison team just had great consistency across the board AND it really could have been 16 all-staters. We had a few guys just lose it at the end. Absolutely incredible.”

It was a storybook ending to a season that could have ended at any moment. The COVID-19 pandemic delayed the start of the season for months, putting their ability to compete for a championship in doubt. “It was trying for sure, and I feel fortunate that the season was able to happen, at all. To be honest,” adds Hall, “the delay helped us. We had our own struggles with COVID in November and December. The delay allowed us to get healthy. Even after COVID, we have had guys hurt all year. Horwath and Colley were limited in the finals and, most don’t know this – before his match, Cam Freeman hurt his knee in practice. He called me the day before finals freaking out because he couldn’t run on that knee and knew he wouldn’t be able to make weight. He didn’t want to let the team down and he still wanted to wrestle. We moved him up to 130 and he came through.” When the season was able to get started, the Davison team kept to strict pandemic protocols and constant testing. Only a complete buy-in from all of the staff and team members kept the season going without a cancellation. 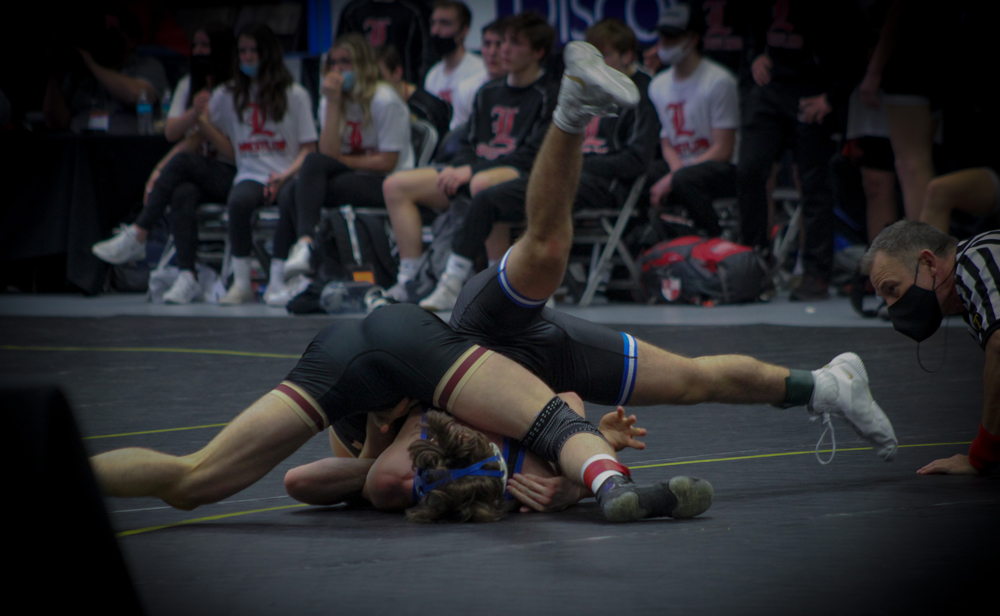 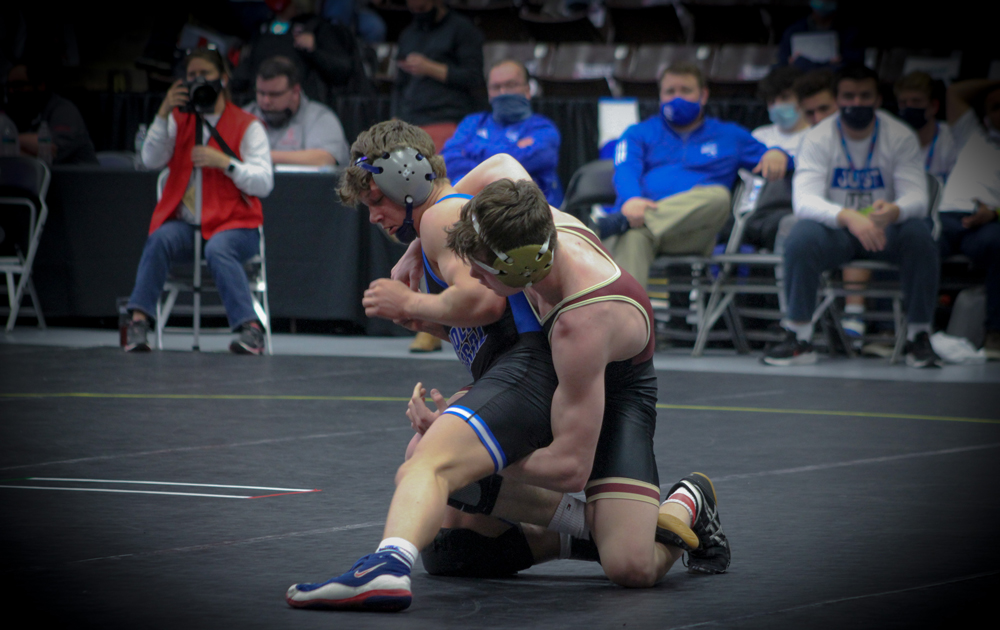 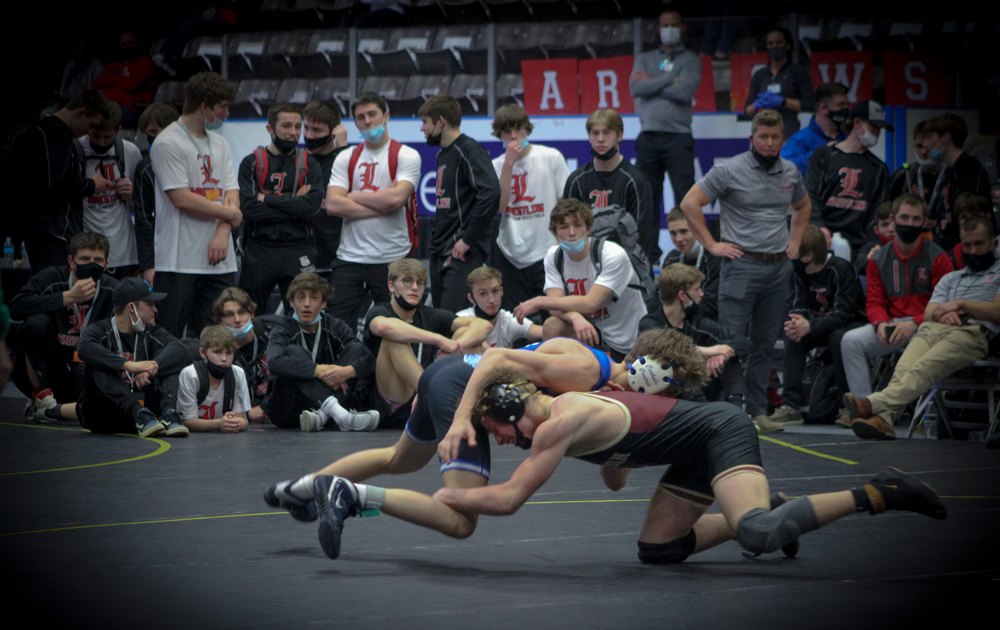 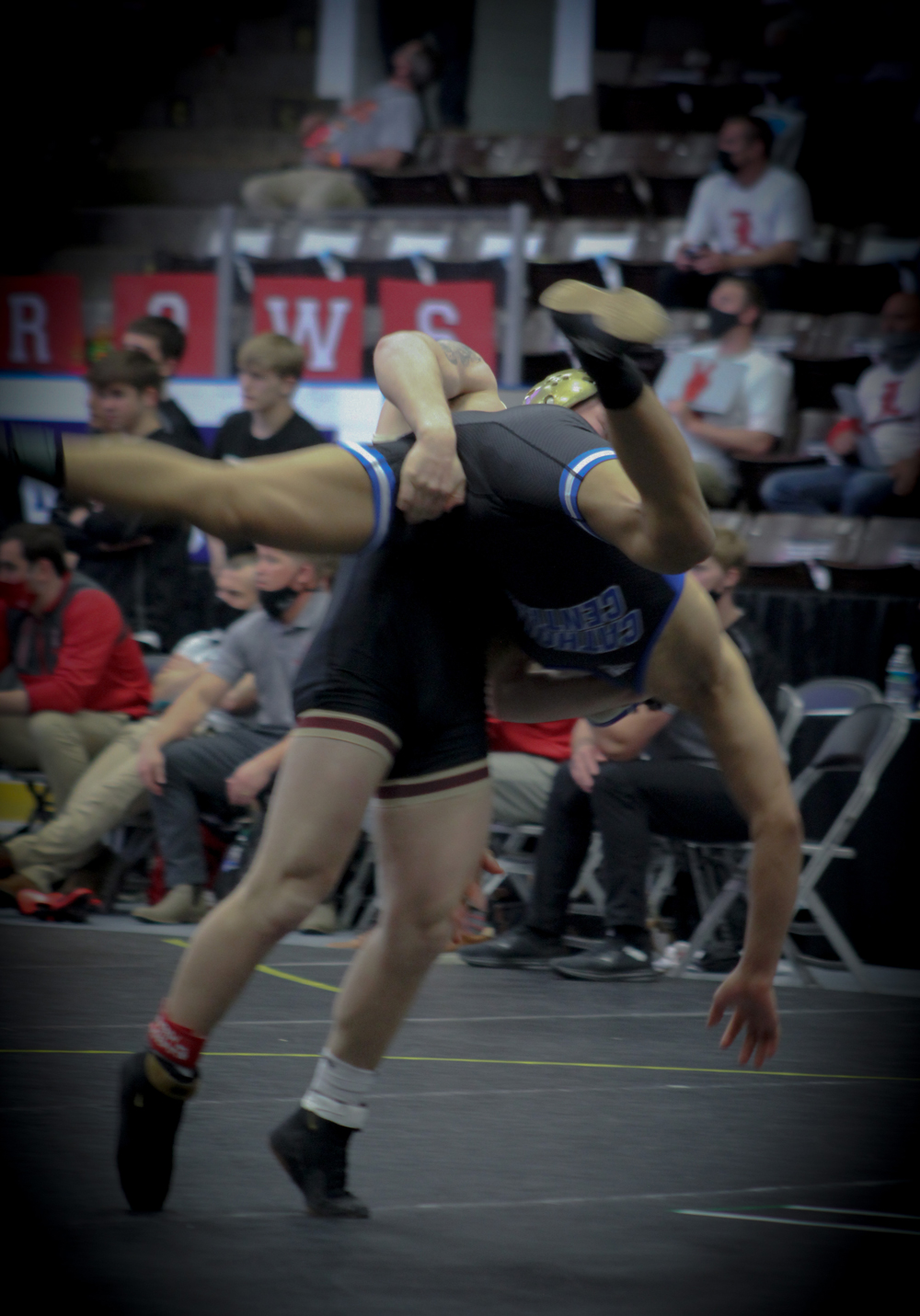 Moving forward, Hall thinks that next year’s team may be even better, even after losing great seniors such as the nation’s No. 1-ranked wrestler, Alex Facundo. “We are going to miss him for sure, but we will continue to see his work ethic in the underclassmen. He played a large role in setting our team’s tone and culture,” explains Hall. “Alex won by outworking everyone between matches and his teammates took that to heart. He wanted to win and get better and he was willing to put in the work. His teammates saw him working before and after practice and were soon joining him. Alex’s legacy is the culture he helped create and instill in this generation of Davison wrestlers.”

Next year, Hall is setting up a schedule that will rival the nation’s best. Not only does he want to continue to wrestle Michigan powerhouses like Dundee, Lowell and DCC, he wants to take on the best in the country with plans for up to eight matches against ranked opponents. “To be the best, you have to beat the best. Having our guys battle-tested at the end of the year gives them the confidence to beat anybody they come against,” Hall believes. “It is also good for the athlete. A lot of our kids want to wrestle in college someday and going against the best in the country will get them noticed. We don’t fear anyone because if you go against the best, win or lose, you will come out with your head held high and a new lesson learned.” For Hall, that is one of the most important things he wants the players to learn. He wants them to fight through the adversity they face in life and come through on the other side, older and wiser. “It’s something that I learned from Coach Roy Hall. The man is a legend. He coached me in my younger years and what I learned most from him is how to be a person who is resilient and takes responsibility for his own life,” he remembers. “In many ways, I have come full circle. He taught me, and here I am taking over for him and continuing the very same lessons.”

After the team and individual championships, the Davison wrestlers took a much needed two weeks off but already, they are back in the grind and getting ready for next year in hopes of starting a dynasty of their own.

Hall is amazed and proud of everyone who worked so hard to bring the title back to Davison and is still in awe of what they accomplished. “I wish I could find a way to express how proud I am of every person on this team. They overcame everything in a hard year and showed great commitment and resilience,” he says. “They are an incredible group of young men who throughout the year became brothers. They set the bar high.” 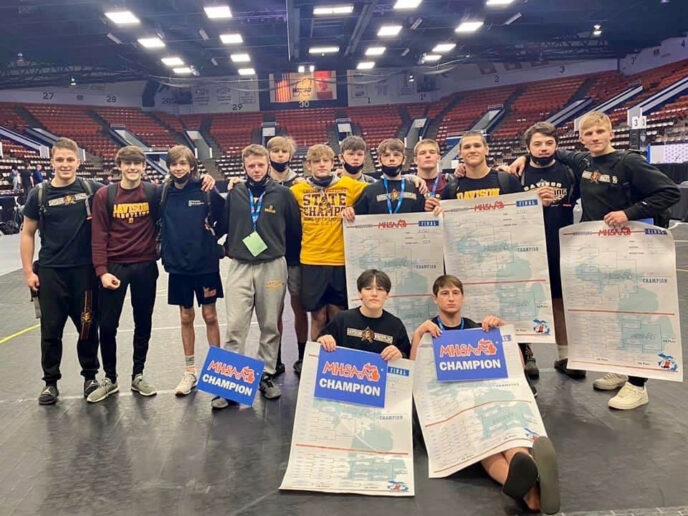 “I wish I could find a way to express how proud I am of every person on this team. They overcame everything in a hard year and showed great commitment and resilience.” Coach Zac Hall