Back to the Bricks is a premier event in Greater Flint that attracts thousands of visitors every year. The five-day main event kicked off on August 14 with “Bricks Flicks,” a family-oriented party at the nostalgic US-23 Drive-In Theatre in Flint. This year’s movie was “Tucker: The Man and His Dream.” During the main event week, thousands of spectators lined Saginaw Street for rolling cruises from Downtown Flint to Grand Blanc. The main event also featured a car show, concert, dance party with a Motown theme and much more. In the week prior to the main event, Tune Up Parties were held in Davison, Clio, Linden, Fenton, Flushing, Mt. Morris and Beecher. 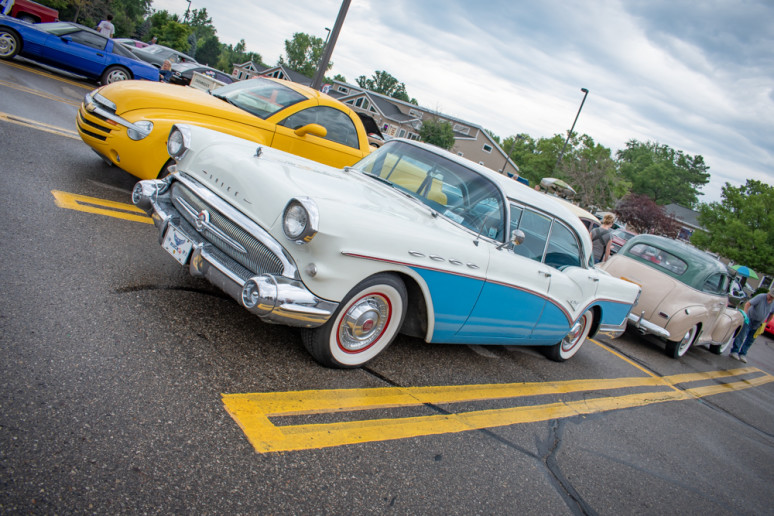 Al Rogers ‘57 Buick Century was featured on all of the promotional materials and on the Mighty Mac & Back Promo Tour poster. it was also chosen to lead the way over the Mackinac Bridge in honor of the bridge’s official opening day, November 1, 1957.

To get the word out about the event, a Promo Tour was held in June. Hundreds of local classic car owners participated in a six-day tour to promote Back to the Bricks, as well as to showcase each participating city’s unique features and foster economic development. The 2018 Mighty Mac & Back Promo Tour visited the cities of Mt. Pleasant, Gaylord, Petoskey, St. Ignace and East Tawas. The tour’s last stop was in Birch Run for an End of the Road Luncheon.

Davison resident Al Rogers and his wife, Vickie, participated in the Promo Tour as they have done every year; but, this was a very special year for Al. An image of his ‘57 Buick Century was featured on all of the promotional materials and on the Mighty Mac & Back Promo Tour poster. “It was a real honor,” Al says. “When they contacted me, I just had to do it.” And what made it even more special was that his vehicle was chosen to lead the way over the Mackinac Bridge in honor of the bridge’s official opening day, November 1, 1957. There were 297 cars and 600 people who participated. “It was a lot of fun,” Al adds. “The cities love the car shows. We drove the Buick 770 miles.” 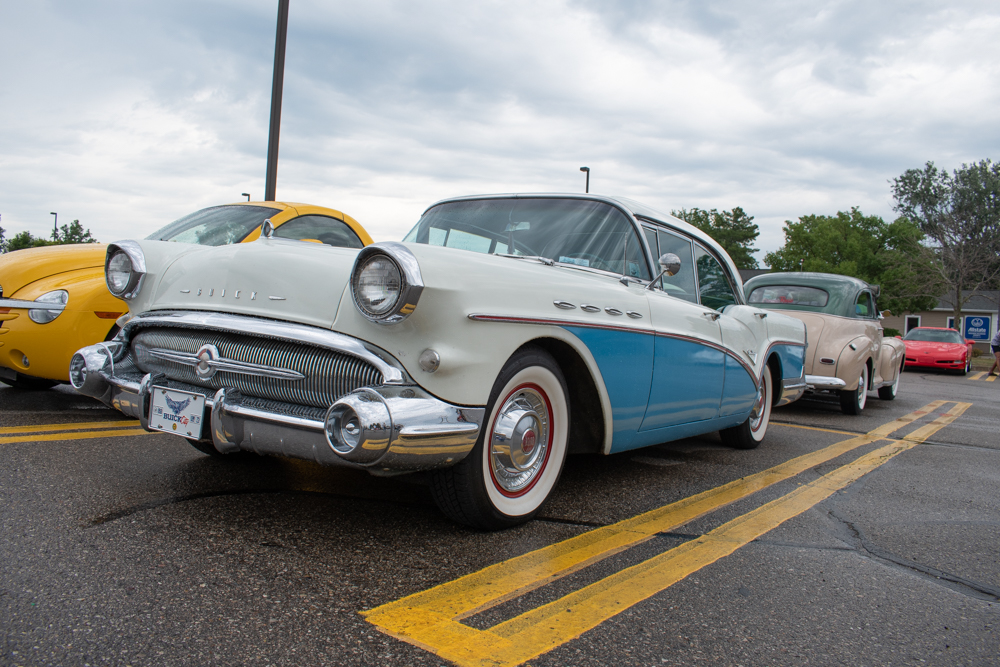 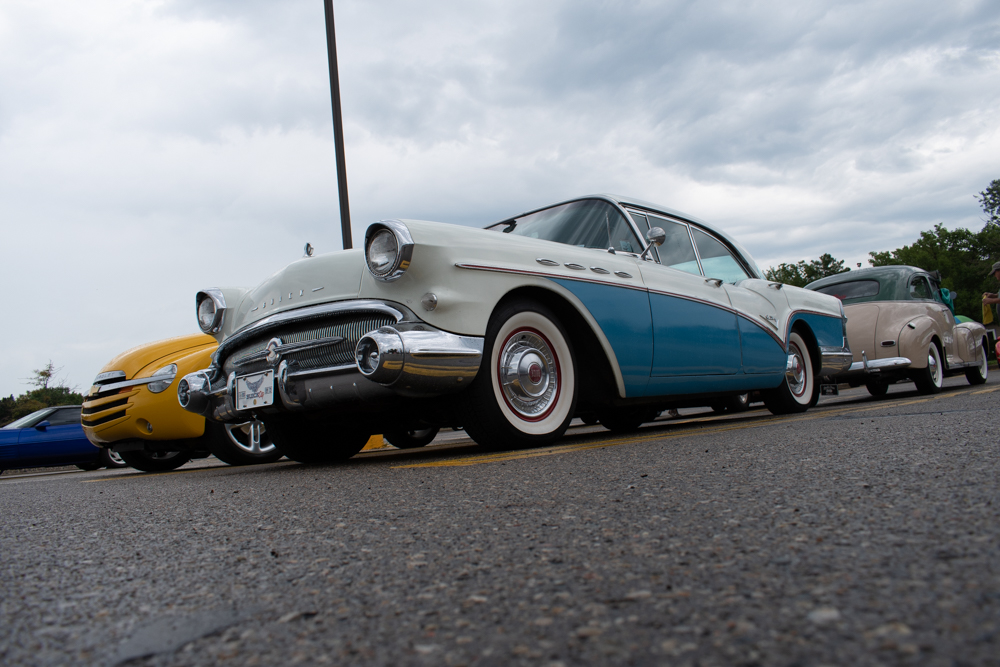 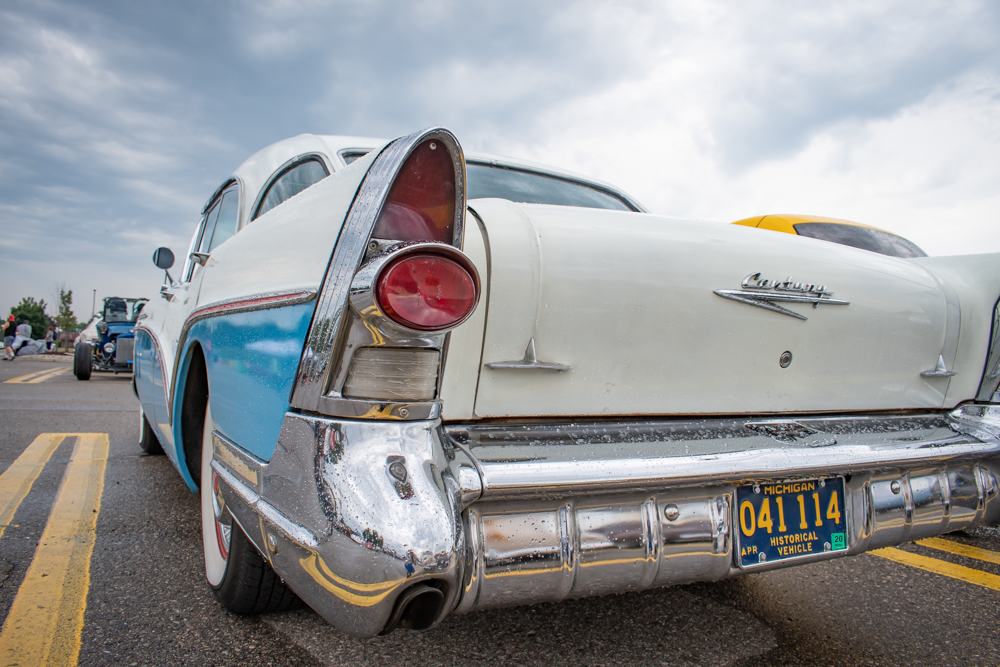 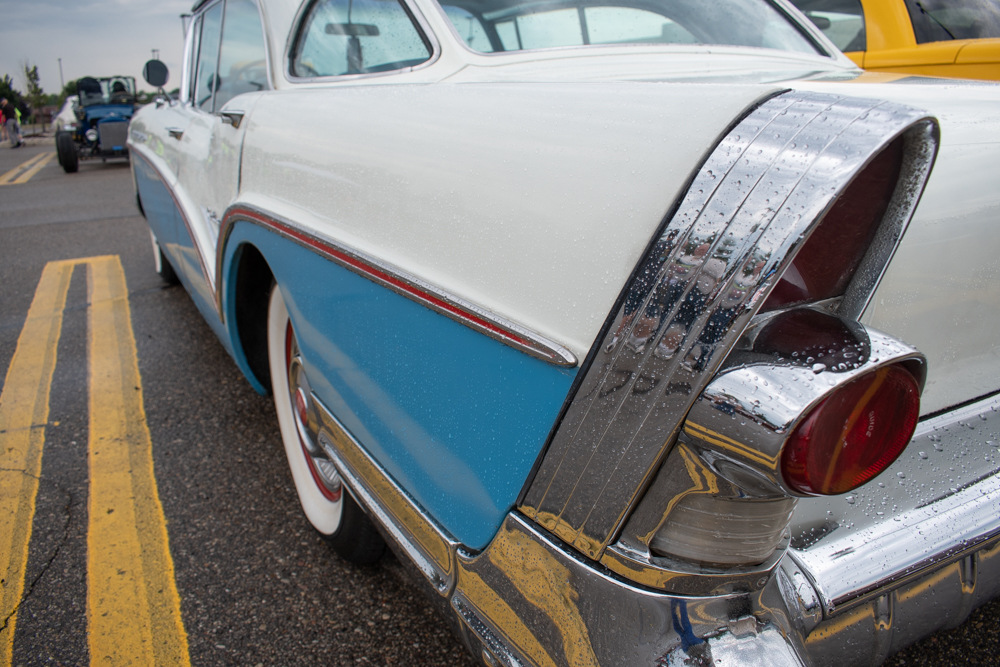 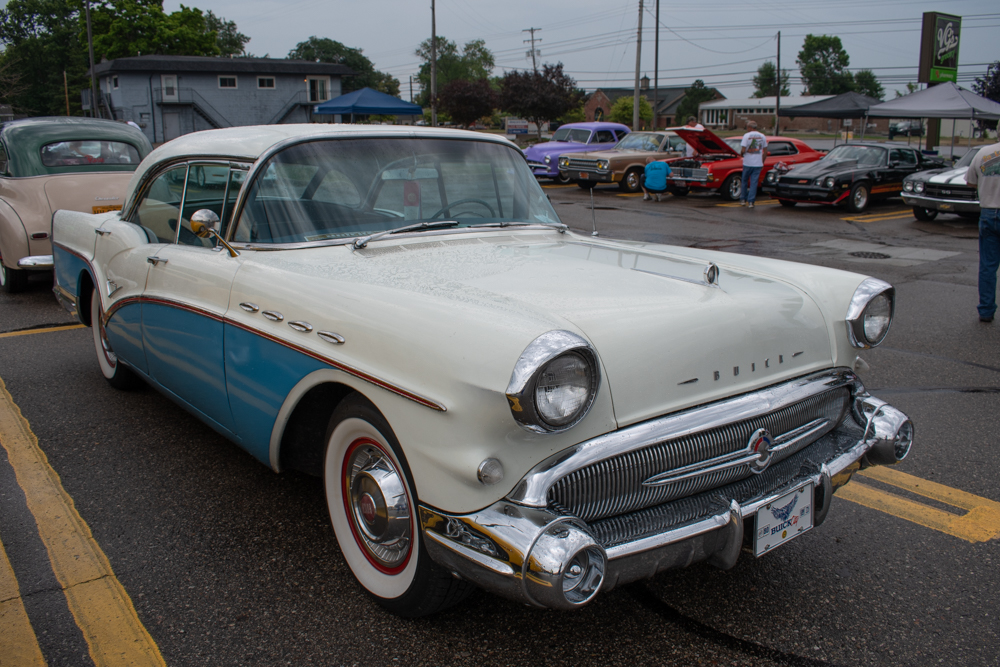 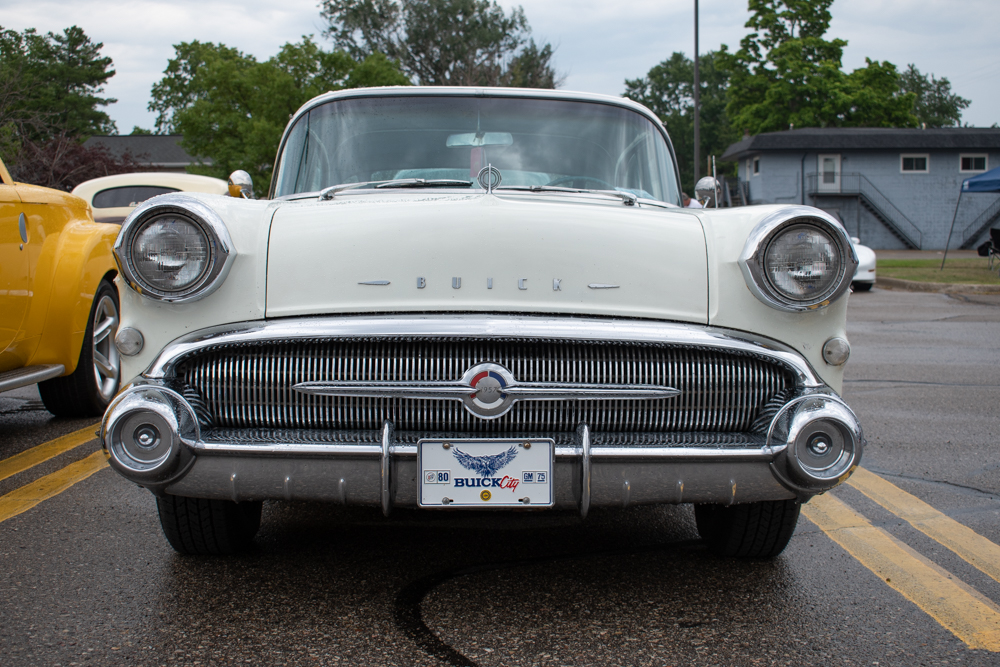 Al, a Buick retiree, grew up helping his dad, Bud Rogers, work on cars. He began remodeling cars when he was a teen. “It was a great way to grow up,” he remembers. Al’s father also worked at Buick and his dream was to own a ‘57 model. “Dad always said it was the best-looking car ever built,” Al remembers. So, when Bud found one for sale in Florida, he bought it. The car has been a family treasure since then. When Bud passed away in 1996, Al and his sister inherited the beloved Century. “I’ve been taking care of it ever since,” he says. “It’s part of the family. The car has been used for family weddings. The grandkids grew up around it.”

Blue and white with a red stripe, the car is unrestored and the drive train and upholstery are original. “Dad was a patriotic man,” he says with a smile. What is rare about this Buick is that it has factory air conditioning, power windows and power seats. Al keeps it in good driving condition. 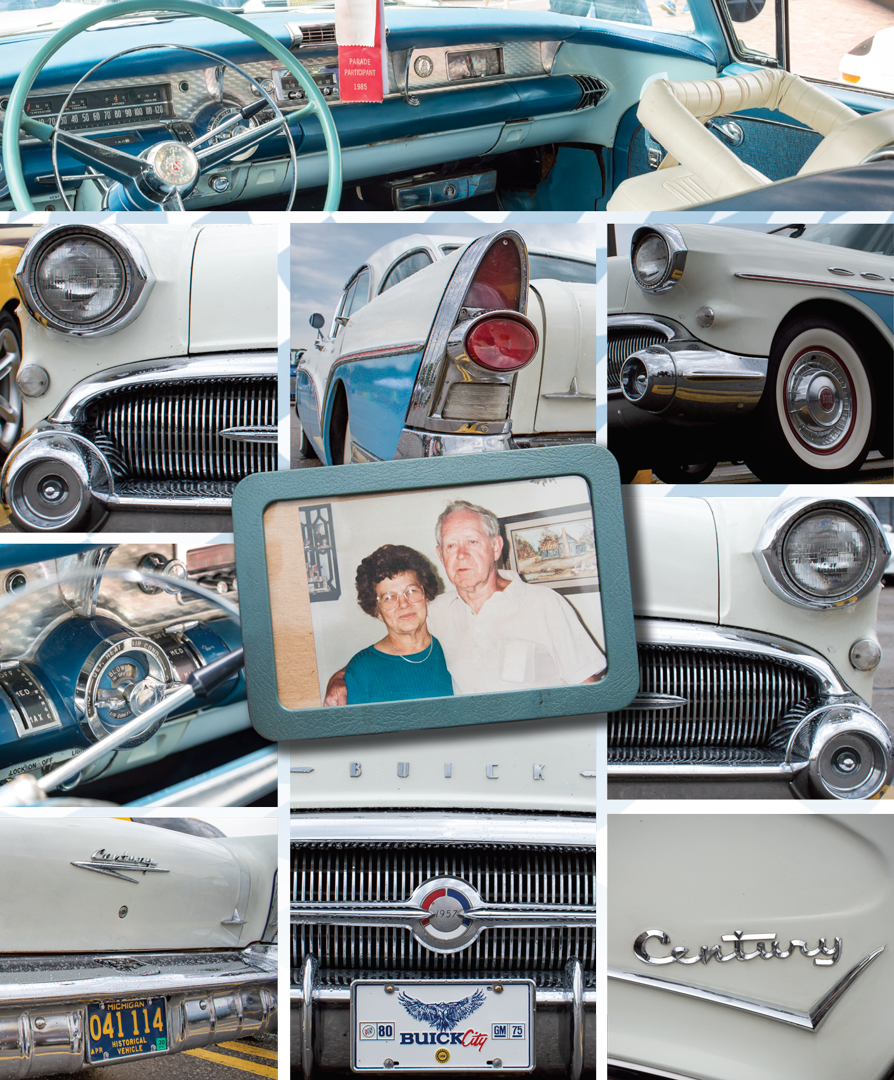 At Buick’s 100-year Anniversary Celebration, Al was asked to display his Century in the car show, as a lot of the attendees knew his dad. “People remembered Dad when they saw the car,” Al shares. “They still remember him. He would have been thrilled. Mom and Dad are always with me in the car. I keep a picture of them over the visor.” For Al, just looking at the car spurs memories of going to car shows in St. Ignace with his dad.

Al has participated in Back to the Bricks since it began, driving his classic vehicle in the rolling cruises, and showing it off at the car shows and Tune Up Parties. “I’ve made a lot of friends,” he says, adding “Back to the Bricks has evolved to be one of the biggest car events in the nation. It started out small, but now, there are thousands of cars and spectators. It takes all year to plan it. It’s great for the city of Flint.” 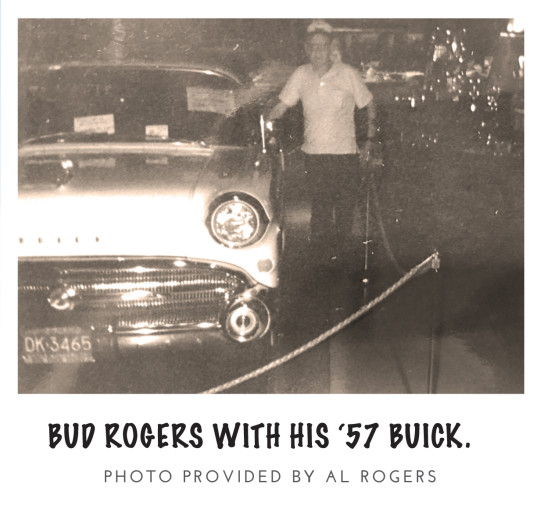