When James Thigpen, Jr. creates a new piece of art, he takes his time. Using a multitude of photographs, he designs each piece exactly how he sees it inside himself. His unique style, evolved throughout the course of his life, portrays the African-American experience from a universal perspective. As an added special ingredient, each work holds a little bit of himself and his home city. “Every piece is a collage constructed from multiple images and each one reflects a little of home,” he says. “Flint shaped all I know. I’ve lived in other cities and you can’t run away from it – it’s in you, not on you. It’s in how I think and talk. You can see hints of it in what I do. I wouldn’t say my art is glamorous, but you can still see the beauty. It’s there and it’s authentic.” 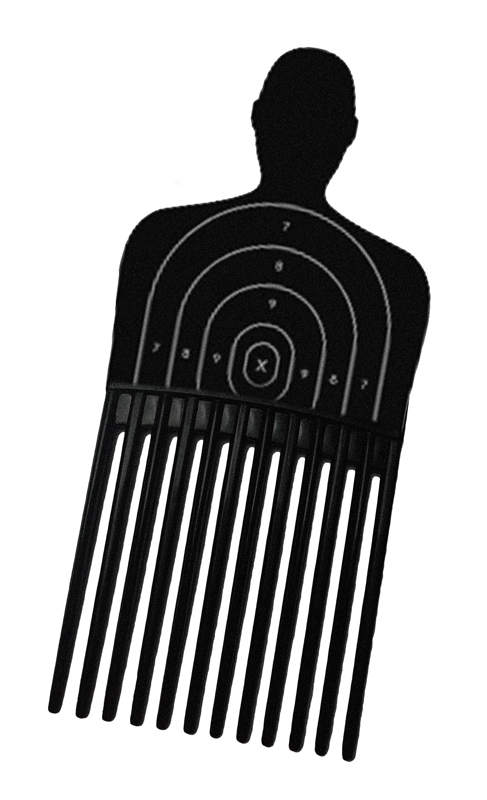 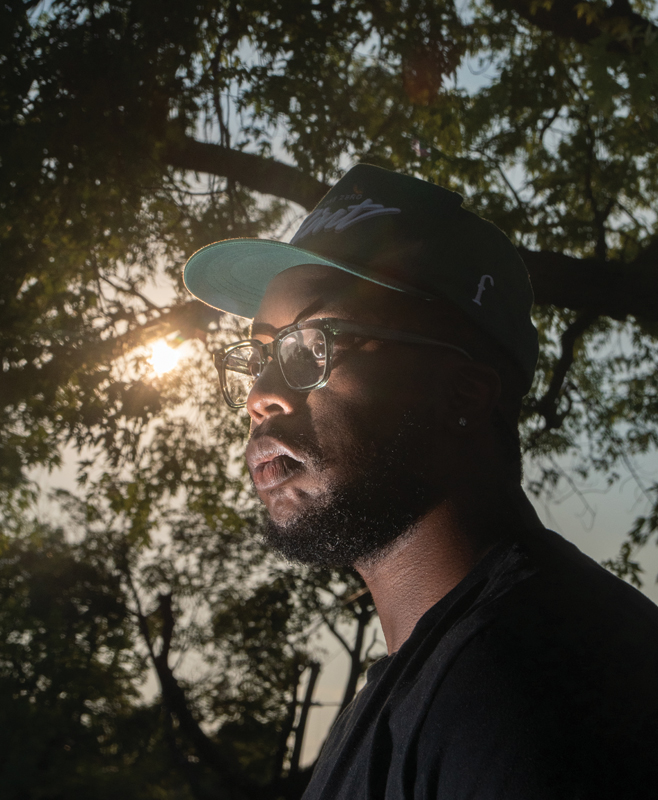 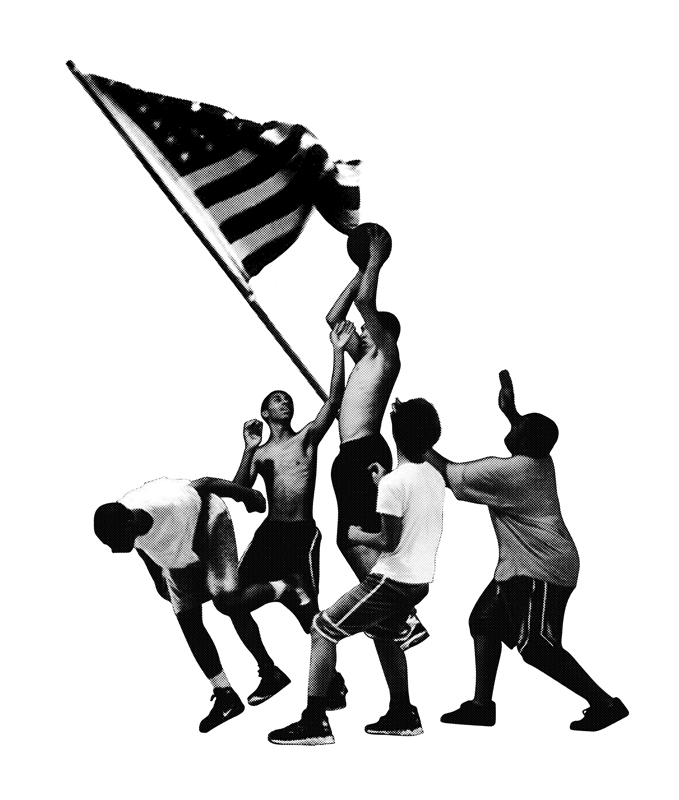 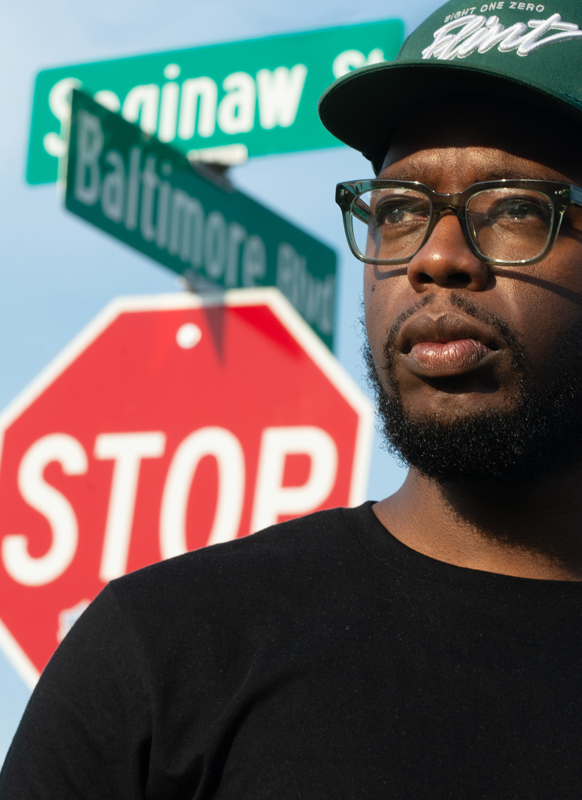 Growing up in Flint presented its challenges, but Thigpen thrived in the environment. “From early on, my mother and father allowed me to explore my creativity and fostered my talent,” he remembers. He attended Flint Central High, a school that did not offer an expansive art program, so he attended Genesee Skill Center where he learned the basics of graphic design and photography. He took those skills to Mott Community College and then to UM-Flint where he finished his undergrad degree, winning awards for graphic design and accolades from the faculty. 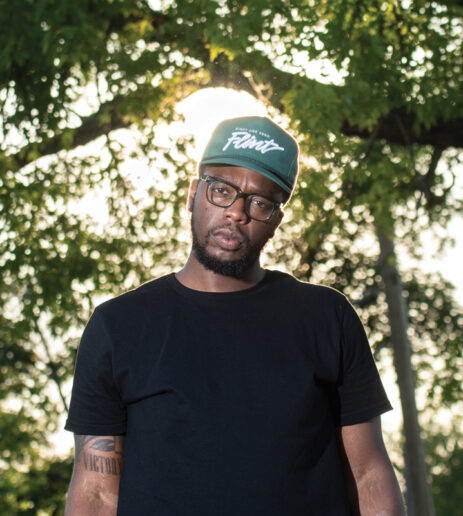 From there, Thigpen headed to New York. Plying his trade as a graphic designer, he worked with multiple companies and people and while there, his current artistic style was born. “It started from a blog that I was producing,” he explains. “I was taking photos in New York and adding my own elements to them. The whole process developed over the course of a year and social media played a big role. People kept encouraging me to continue and started asking for prints of my pieces.” Playing a big role in his art process is the energy of being somewhere or seeing something new.

“Seeing a film, a good play, listening to live music, encourages me. I can transfer that energy into the production of something else or something greater,” Thigpen shares. In a 2017 partnership with Microsoft, he produced his first digital art exhibit in Manhattan. Since then, his art has continued to be shown in New York, Detroit and in Flint. During all of his other work, Thigpen founded the “Eight One Zero” apparel brand, a nod to Flint’s area code. His ability to grow his own brand caught the eye of professionals in Detroit. After his daughter was born, Thigpen moved there to work as creative director for the “Detroit Vs Everybody” brand. He recently joined the What’s Up Downtown Flint marketing team to bring the experience he has gained to the city of his birth.

“It’s important to get a fresh perspective and to take an outside view of the city,” he says. “People shouldn’t be afraid to get out. Find what you are good at and use that to take an outside opportunity. Get a more global viewpoint. Think about the people. Find fresh ideas and then, bring them back to better help Flint.” Since he has left, Thigpen is heartened by the changes he has seen in the city but also knows that there is still a long way to go. “I love seeing the growth. I can see and hear life happening on the corners. Music and laughter. The music scene is strong and the murals are great; but I feel like we still need to highlight visual artists more,” he continues. “I feel that we need to move some of the focus and events outside of downtown, if possible.” Thigpen would also like to see more entrepreneurial spirit from youth and more opportunities tailored to young persons of color – opportunities he wishes he had in his early years. 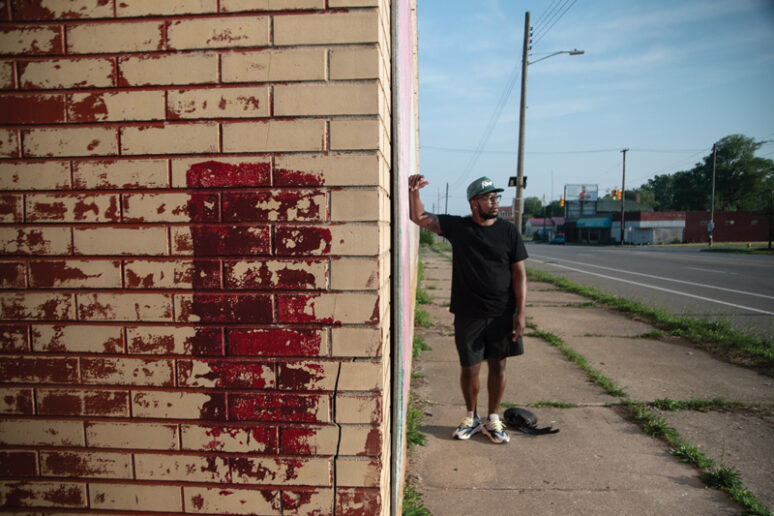 Today, Thigpen is continuing his artistic journey but feels he is more restrained. “The older I get, the more calculated I am,” he says. “I’m a father now. I can’t be selfish. It does affect my creativity – not going to lie. I don’t want to risk as much, but I also don’t want to miss out on the impact my art could have. I have to fight that. It would be doing the art form a disservice if I didn’t. As I get older, I fear being obsolete and my advice to today’s young artists is to take as many chances as you can now.”

Thigpen is proud of all he has accomplished but continues to search out every opportunity to make an impact. A successful graphic designer and entrepreneur, he fills his art with motion, heart and spirit. Each piece is handcrafted by a man driven by talent, a deep love for his family and a for city struggling toward rebirth. “I live in Detroit, but I’m still attached to Flint. My mother used to say ‘never take care of somewhere else before taking care of your own’ and that stuck with me,” he adds. “God placed me in Flint and I have a responsibility to it. We all do.”

Photography by Tim Jagielo and provided by James Thigpen, Jr.

“Every piece is a collage constructed from multiple images and each one reflects a little of home.”

“God placed me in Flint and I have a responsibility
to it. We all do.”