Ben Baldwin, the Holly High School Band Director, joined the U.S. Marine Corps in 1993 as a high school senior, following in the footsteps of seven generations of his family serving in the military. It wasn’t exactly the path he had planned for his life. A talented trombone player, he loved music and had intended to attend Michigan State University. Then, the U.S. Marine Corps Band came to his town and his father attended the performance. “Dad signed me up for an audition for the band without telling me!” Baldwin exclaims. But he went to the audition and much to his surprise, was offered a position with the band. “Once I got in, I changed my mind and realized it was a good opportunity for me,” he remembers. 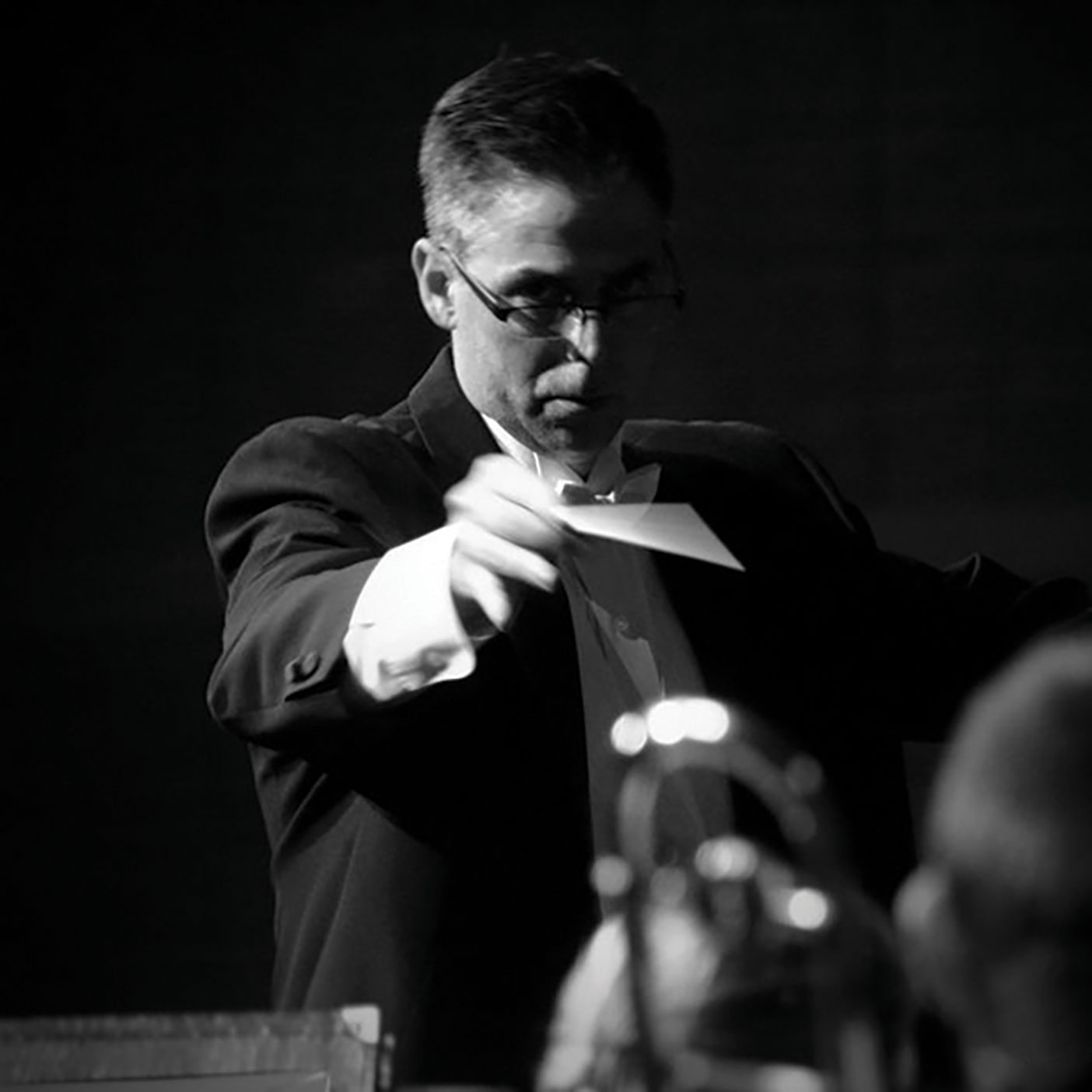 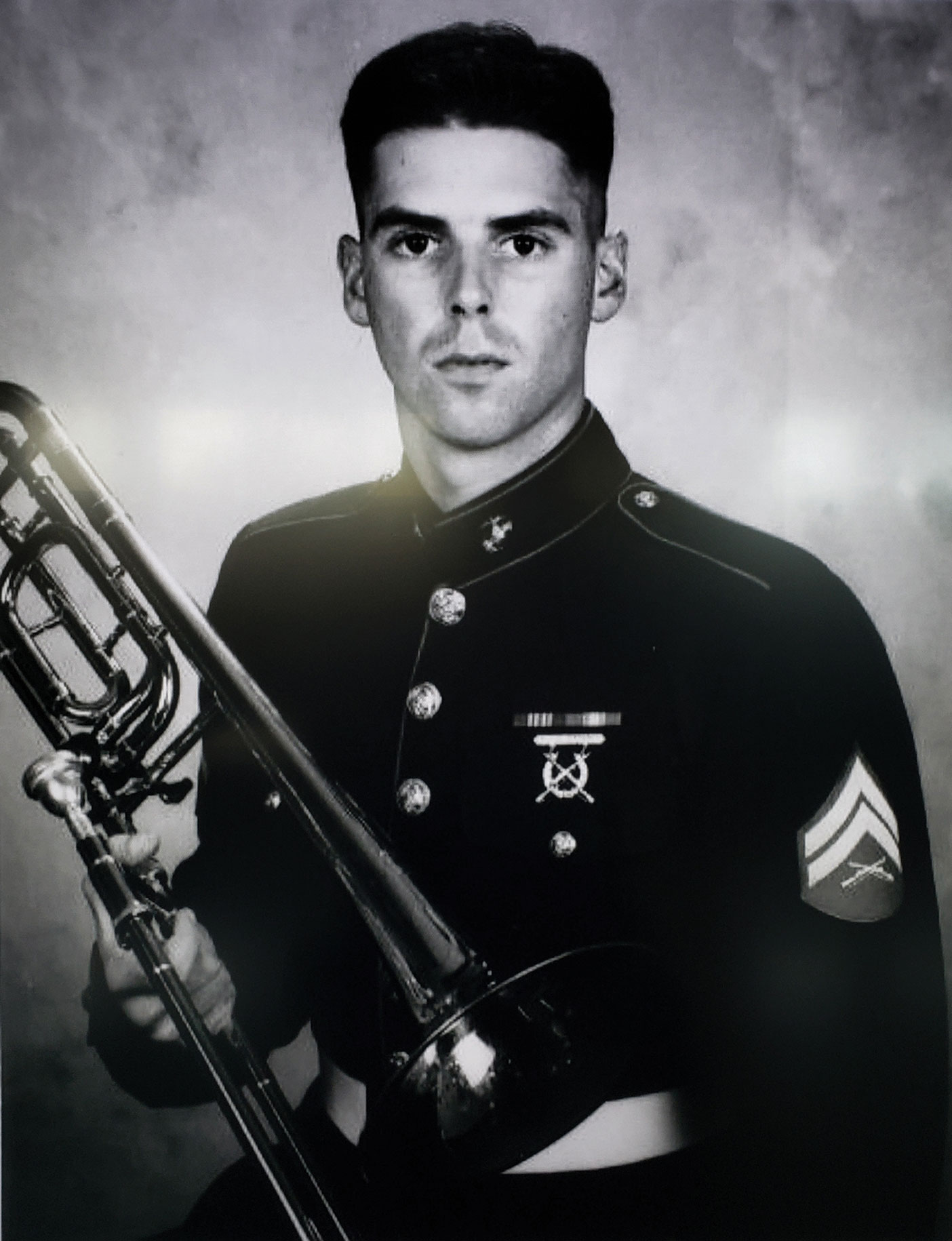 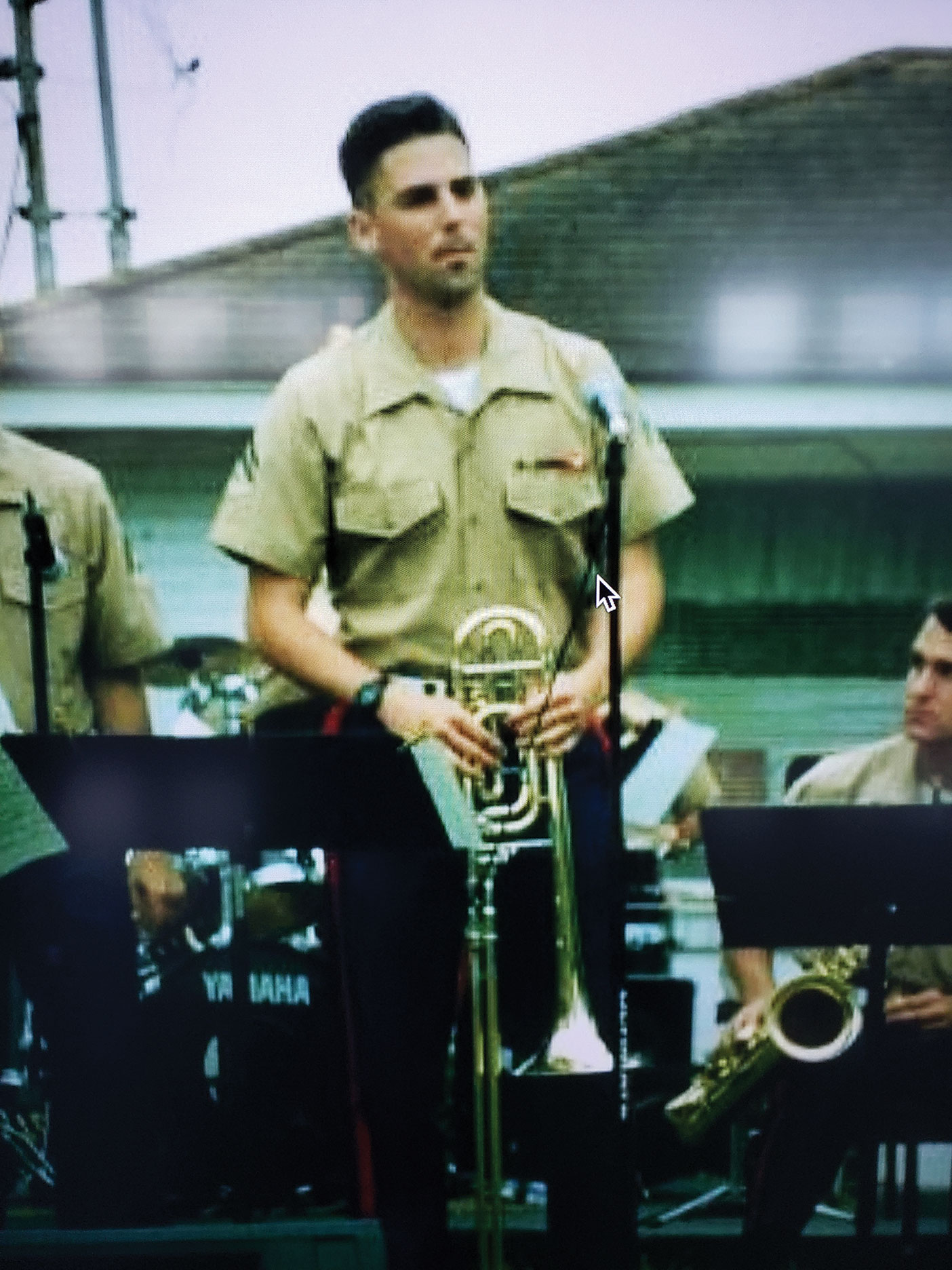 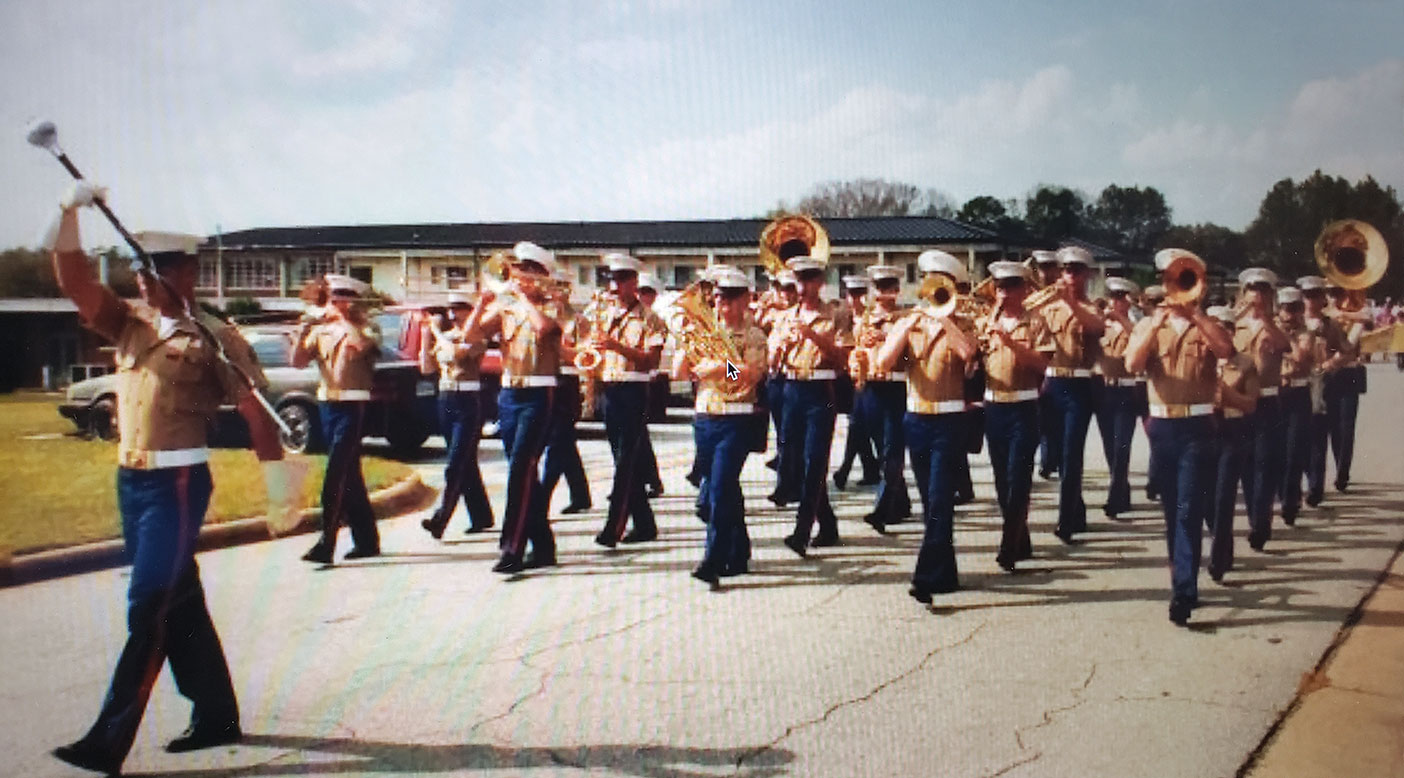 “It was a pretty big deal. There were only four positions open in the U.S. and it was something I couldn’t pass up. Some people never get in.”

Since Baldwin was not yet 18 when he enlisted (his parents had to sign for him), he enrolled in the Delayed Entry Program and signed up for the Musician Enlistment Option Program. After graduating, he was shipped off to boot camp in Parris Island, SC. Even though he was going to be a member of the band, he was trained as an infantryman. “We were trained for combat,” he reports. “In times of war, musicians turned into riflemen. It was three months of physical and mental training and it was grueling.”

After boot camp, Baldwin trained for six months at the Armed Forces School of Music in Virginia. For the remainder of his time in the Marine Corps, he was stationed in Albany, GA, traveling all around the country playing trombone with the band. The band’s primary function was performing at military ceremonies such as retirements and change of command for all branches of the service. “Our secondary function was promotional, playing concerts for the general public,” Baldwin reports.

The 45-member U.S. Marine Corps Band plays in six to seven different groups, including Marching Band (12 members), Concert Band (12 members) and smaller groups such as Jazz Band, Rock Band and Brass Ensemble. “I was part of all of them,” Baldwin shares.

One of the highlights for the musician was when the USMC Band performed at the 1996 Summer Olympics in Georgia. Other memorable performances included the 1996 inauguration of the Georgia governor, the Mardi Gras Parade in Louisiana and performing at Grand Central Station in New York. What Baldwin enjoyed the most, however, was visiting schools and teaching kids how to improve their skills at playing their musical instruments. “That was the biggest highlight for me,” he admits.

Baldwin met his wife, Sabrina, while playing in the USMC Party Band, which was a mobile band. They married on his last day of service in July 1997. “We wanted a military wedding,” he remembers. Married for 25 years, they have three children. The couple returned to Michigan and Baldwin attended Oakland University on the GI Bill. And having enjoyed his work with kids while serving as a Marine, he knew what he wanted to do for a career and that goal became a reality. Baldwin was band director for 11 years at a Lansing High School and has directed the band at Holly High School for the last nine years.

Baldwin’s U.S. Marine Corps service brings him a sense of pride. “It is a big honor,” he admits. And he considers serving as a musician to be a huge honor, as well. “I’m glad my dad signed me up for the program,” he says. “It was life-changing for me. It shaped me into who I am today and I would never change it.”