When we finish producing each monthly issue, we’re often amazed by the variety of our content! With another year behind us, we thought it would be fun to re-visit some reader-favorite features from 2015. 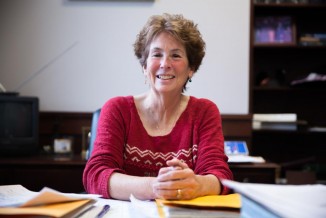 In Judge Jennie Barkey’s Mental Health Court, every defendant is known and understood, accepted and encouraged. Frustrated by the vicious cycle of mental illness – a cycle that often ended in a jail sentence – Barkey assembled a team and instituted a mental health court in Genesee County.

“A Chance to Shine: Special Olympics, Here They Come!”

The dozen members of the Genesee County Men’s Volleyball Team had a once-in-a-lifetime opportunity when they headed to the 2015 Special Olympic World Games in Los Angeles, CA. They all attend or are alumni of Flint’s Elmer Knopf Learning Center and range in age from 16-year-old Kevin Metcalf-Gates to 43-year-old Dan Sabedra.

Shy, quiet Aaliyah Dietlin, an eighth-grade student at Madison Academy, knew what it felt liked to be bullied. Rather than sit back and take it, Aaliyah chose to fight. With the help of her teacher, Jason Roy, Aaliyah became a leader and got other Madison students involved in organizing an event that raises awareness to bullying called Pink Shirt Day. 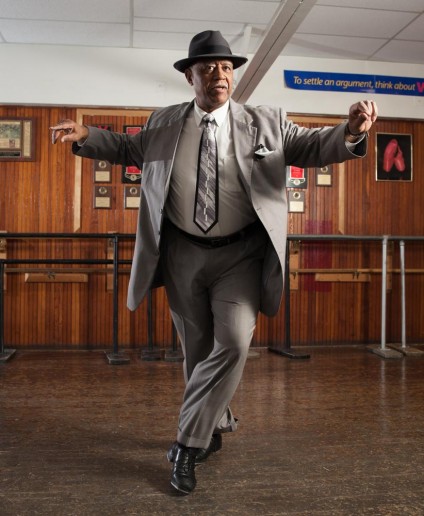 We profiled the community leader, teacher and “tapologist,” who continues to inspire local youth with his love of dance and the arts.

The Flint Institute of Arts featured James Perry Walker’s photographic essay, The Preacher and his Congregation, which tells the tale of Mississippi Reverend Louis Cole and the members of his flock during the 70s. 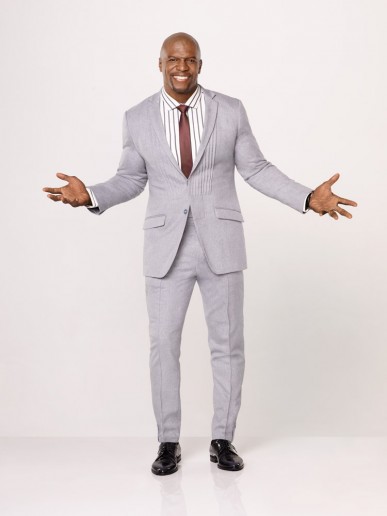 MCM caught up with TV/movie actor, Terry Crews, for a nice chat about his career, family and his hometown of Flint.

Award-winning children’s book author and Flint native Christopher Paul Curtis returned to his hometown to attend the Flint Youth Theatre’s production of his beloved children’s book, Bud, Not Buddy, directed by Bruce Bradley. MCM spoke to him after the performance. 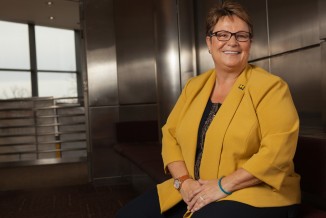 My Day: Susan E. Borrego, Chancellor of University of Michigan-Flint

As U of M-Flint’s Chancellor, Dr. Susan E. Borrego is a very busy lady. She shared with MCM her typical day, which includes significant involvement with the Flint community.

Having only one hand didn’t stop Flint native Jim Abbott from becoming one of Michigan’s best high school baseball pitchers, a U of M All-American and Olympic Gold Medalist. He was the only player to win the Sullivan Award as the nation’s top amateur athlete and during his ten-season Major League career, he pitched a no-hitter. He took a few moments to chat with MCM. 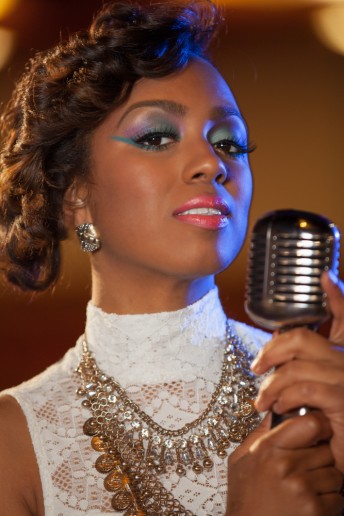 We profiled Flint native Alexandria Bradley, performing under the name Brinae Ali, who boasts an accomplished resume that includes performing around the world in various musical productions with some of the biggest names in dance and jazz, a playwright award and well-received first vocal album.

Chris Swanson: All In

Chris Swanson, Undersheriff of the Office of the Genesee County Sheriff, national motivational speaker, expert in human transformation, educator and four-time IRONMAN Triathlon finisher shared his inspirational message with MCM, soon after adding “author” to his achievements with the publishing of his book, Tin Man to IRONMAN. 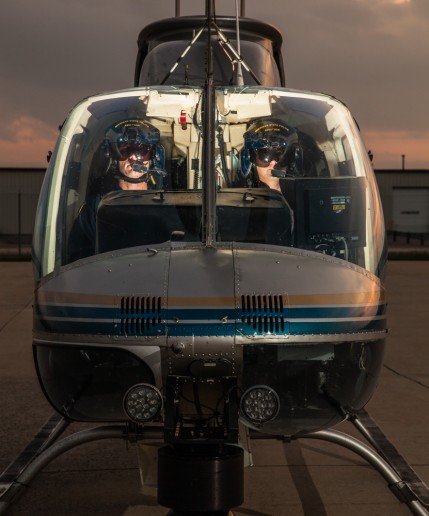 As pilot of one of two Michigan State Police helicopters, Trooper Zinz operates out of airports in the Flint, Saginaw and Bay City areas. We got a ride-along and a bird’s eye view of his typical day on the job.

Renovations to Flint’s Longway Planetarium were completed last summer, and MCM got an exclusive sneak peek under the new 60-foot dome made possible by a generous $1.5 million donation by the Charles Stewart Mott Foundation. 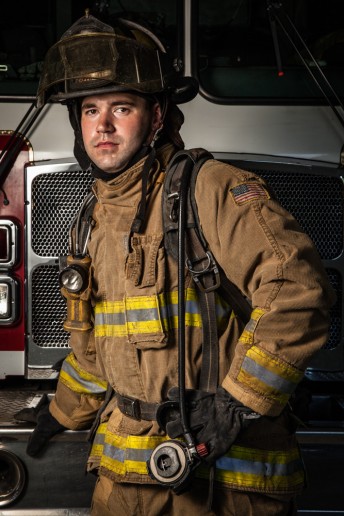 My Day: The Flint Fire Department

MCM spent a day with the Flint firefighters on duty for their 24-hour shift under the direction of District Commander Christian Perkins. Also on duty were Sgt. Frank McLain, Firefighter Jeremy Yonan, Driver Greg Wilborn, Jr. and Firefighter Marcus Clemons.

Why Doesn’t She Just Leave?

Is domestic violence prevalent in Genesee County? MCM examined the issue, and statistics indicate that 1,200 calls were received through the crisis hotline in 2014 and shelter was provided to 335 Genesee County women and their children.

One of Flint’s biggest annual events, the upscale soiree is held at the Flint Institute of Arts and MCM was there to capture all the fun. 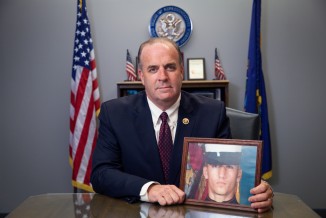 Amir Hekmati: We Have Not Forgotten You

No one has fought harder than Congressman Dan Kildee to free Flint native, Amir Hekmati, who was detained and has been imprisoned in Iran for more than three years. The Congressman shared with MCM what he and his staff had done to that point to make sure Amir knows that he is not – and will not – be forgotten.

MCM profiled long distance runner Grant Fisher, who finished his high school athletic career on the red carpet at the ESPY Awards as one of six nominees for the Gatorade High School Male Athlete of the Year. The Grand Blanc High School graduate became the fourth-fastest high school miler ever. 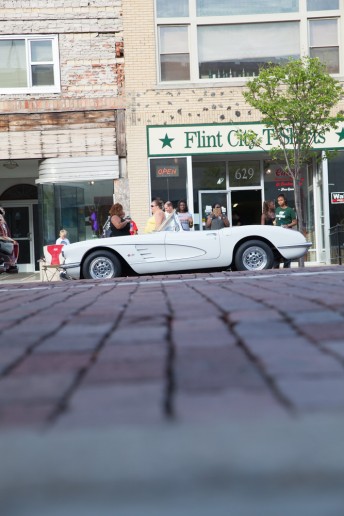 Back to the Bricks

Thousands of car enthusiasts flooded Saginaw Street and Downtown Flint for the 11th annual Back to the Bricks event. MCM highlighted the week of festivities with photos by Mike Naddeo.

Flint native Mike Ramsdell is a filmmaker, entrepreneur and social activist. He produced a documentary to raise awareness of what has been called the worst human atrocity since World War II; the violence and killing in the Congo caused by the trading of illicit conflict minerals. 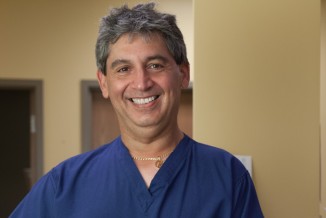 Dr. Edilberto Moreno, a popular OB/GYN in Grand Blanc, has been delivering babies for 28 years. Following in the footsteps of his grandfather, he always knew he wanted to be a doctor. He shared with MCM what it was like growing up in Cuba, and how happy he is to have made his roots in Flint.

A standout defensive back at Flint Central, U of M and in the NFL, Andre Weathers was selected as head football coach at Bentley High School in 2015. He talked with MCM about his “addiction” to helping kids mature and grow on the football field, and in life.

MCM went on a ride-along with Officer Randy Matteson, who works a 12-hour day shift protecting and serving the citizens of Flint. At night, he is a family man who enjoys spending time with his wife and coaching his daughters’ soccer teams. When asked about his favorite part of the job Randy said, “When I help someone. That’s when I’m glad I’m a cop.” 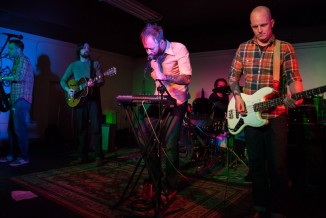 Local 432 recently celebrated three decades of providing area youth with a substance-free music performance venue. Joel Rash, the founder of the non-profit organization, talked with MCM about “The Local” and how it has changed over the years. Once located at the Capitol Building, it drew hundreds of young people to Downtown Flint, and continues to do so today. “We just wanted a spot where bands could play,” says Joel.

The Nutcracker from “Down Under”

The Christmas season at The Whiting kicked off with a performance of the beloved ballet, Nutcracker. Under the direction of David Mairs, the Flint Symphony Orchestra performed the extraordinary score. MCM talked with David and with musician, Jeffrey Walker, about the challenges of conducting and playing “in the pit.” 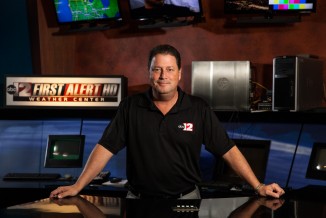 How’s the weather? Just ask J.R. Kirtek, Chief Meteorologist at ABC12 News, who has forecasted mid-Michigan weather for 23 years. He shared with MCM, “I love my job because I get to forecast anything and everything. I‘ve covered it all. That’s what is so exciting and what keeps it interesting.”

Flashback: Magical Memories of The Whiting

Many people shared their fond memories of The Whiting – the heart of Flint’s Cultural Center. The holiday season at The Whiting is remembered as an especially magical time of year with its many traditional Christmas performances. Lisa Pelio remembered how beautiful The Whiting was from the first year it opened in 1967. Others shared fond memories of high school graduations, recitals, a Flint Symphony Orchestra performance, Broadway show, musical or rock concert.