The team was beaming at halftime of the Division 7 State Championship football game. Playing at Ford Field, the New Lothrop Hornets ended the first half up 35-7 against perennial championship contender, the Traverse City St. Francis Gladiators. The Hornets seemed unstoppable, but Coach Clint Galvas did his best to calm the team – they still had an entire half to play and anything could happen. “It was the best half we played all year,” stated the veteran coach. “The guys were feeling pretty good and I felt like we lost focus a little bit.” That’s understandable, as New Lothrop had absolutely dominated the first half. They scored quickly and often, holding the St. Francis rushing attack to a single touchdown. New Lothrop held the ball for only a quarter of the first half and that was all they needed to build a lead. “We really weren’t sure what adjustments to make,” explained Galvas. “We weren’t yet sure what they were trying to do.” New Lothrop buzzed into the second half with the trophy in sight; however, St. Francis wasn’t about to let it go easily. 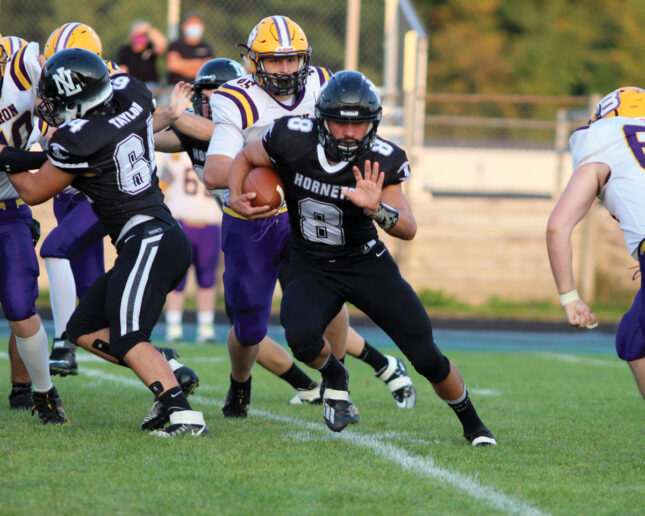 The second half began with a three-and-out for New Lothrop, followed by a touchdown for St. Francis. The rest of the half belonged to the team from up north and with seven minutes to go in the game, St. Francis blocked a punt, scoring two plays later and cutting New Lothrop’s lead to a single touchdown. The momentum was all on the side of the Gladiators. “The blocked punt was huge for them,” recalled Galvas. “Our team never panicked, though. We knew we had to score on the next drive – no doubt about it.” New Lothrop got the ball back on its own 28-yard line and marched 72 yards in nine plays, culminating in a touchdown with less than two minutes remaining, effectively putting the game away. St. Francis would score one more time, again cutting the lead to seven … but time ran out. The Hornets were crowned champions. “That last drive was the best of the year for us,” said Galvas. “It iced the game.” It was a dance party in the locker room with Galvas a willing participant. When the bus rolled back into town, the team received a hero’s welcome. “Everyone was lining the streets, so we stopped the bus early and paraded through with the trophy. It was one of the coolest things I have ever experienced and I will never forget it,” recalled Galvas. Winning the state championship was a triumphant end to arguably the most trying year of the coach’s career.

“We stress high character and playing the right way. Our hope is that the kids take something with them from this experience to use in the rest of their lives.”
-Coach Clint Galvas

Clint Galvas took over as head coach of the New Lothrop football team in 2009 with a winning tradition already in place. The pressure to continue that tradition was immense. “They took a chance on me. I was just coming off of a 1-8 year as head coach at Hamady,” he remembers. “Sure, there was pressure but I was confident.” The gamble paid off and since then, New Lothrop, under coach Galvas and his staff, sports the garish record of 128-15 and two state titles (2018, 2020). “The 2018 title was surreal because we had always been so close and to finally break through was unbelievable,” says Galvas. “I had a wave of emotions and I felt for all the guys who played the previous years. We play for all of the players of the past. It’s their championship, too. This year, the title was extra special because of how much the players have gone through. The guys knew that it could be shut down at any time. I’m extremely proud of all of them. They might not realize what they accomplished yet,” he continues. “It’s different as a coach than as a player (Galvas won a state championship with Montrose in 2002 as a player). As a coach, I realize now how hard it is to do what they did. As a player, that feeling hits you later.” 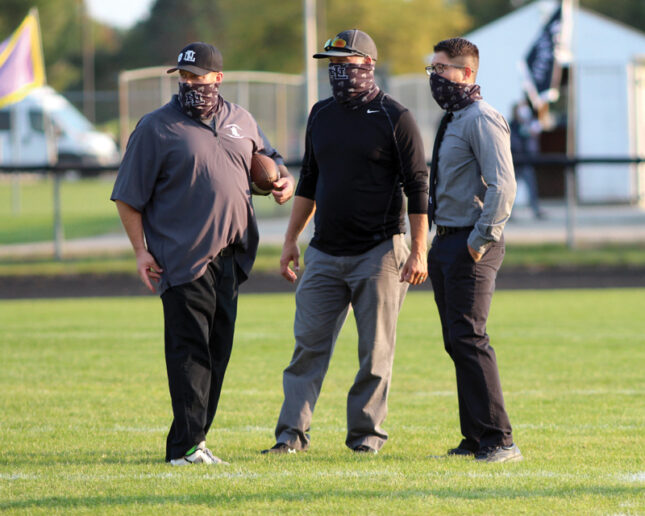 Due to the COVID-19 pandemic, the 2020 high school football season in Michigan was fragile. The teams were only able to play six regular season games (as opposed to nine) with games in threat of cancellation at any time. By sticking vehemently to instituted protocols, New Lothrop was able to play all of its games without incident. Still, the season could have ended without warning and when COVID cases began to surge again in the state, the season was shut down after the district final playoff games. “My players really impressed me with their positive attitudes throughout the whole thing,” says Galvas. “They stayed in shape on their own and didn’t miss a beat when it all started up again.” He was impressed, but not surprised. The culture at New Lothrop is among the best in the state.

The youth program is flourishing and participation in the sport exceeds 50% of the male student body. Winning is attractive to students but after they join, they realize that it is not the most important thing. “It’s about lessons and experiences, not wins and losses. I have an amazing coaching staff whom I believe is second to none. We stress high character and playing the right way. Our hope is that the kids take something with them from this experience to use in the rest of their lives,” adds Galvas.

“The guys knew that it (the season) could be shut down at any time. I’m extremely proud of all of them.”
-Coach Clint Galvas 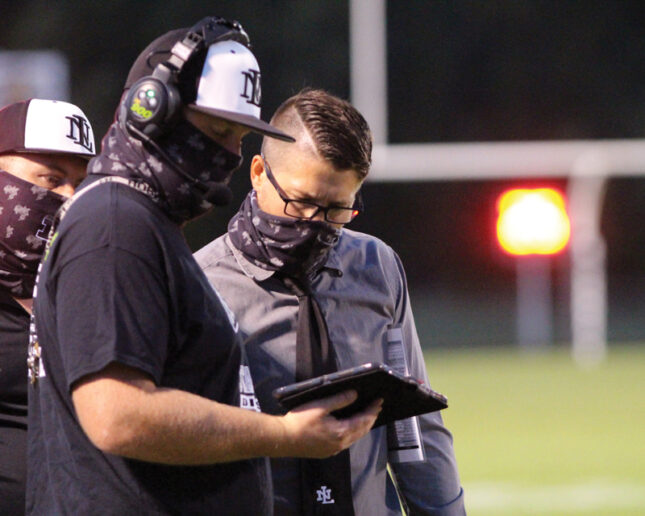 Coach Galvas and his staff have worked hard to successfully create a welcoming family atmosphere in the program and each year, that family grows regardless of what happens on the field. It’s the reason why Galvas was inspired to take the job; winning is just a happy side effect and winning at Ford Field a rare accomplishment. When asked about the secret of the team’s success throughout the years, Galvas is quick to point out the contributions of his coaching staff and senior leadership. “I feel like I have the best coaching staff in the state. They are all in. We only want what’s best for the kids.” He even points to Genesee County as being a hidden gem of football talent that keeps his team on its toes. “The football is great here and I feel like this area gets overlooked. In the past, we have participated in camps with some of the bigger schools, like Davison.” 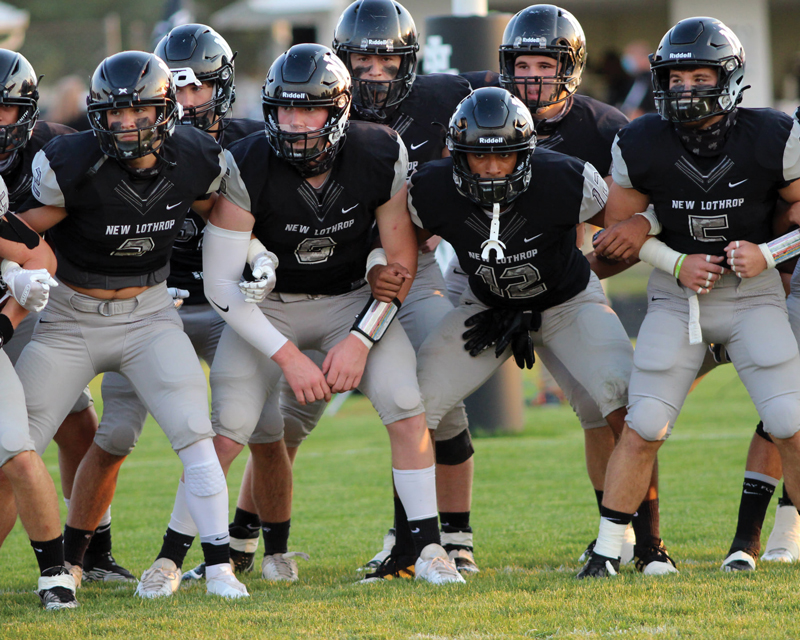 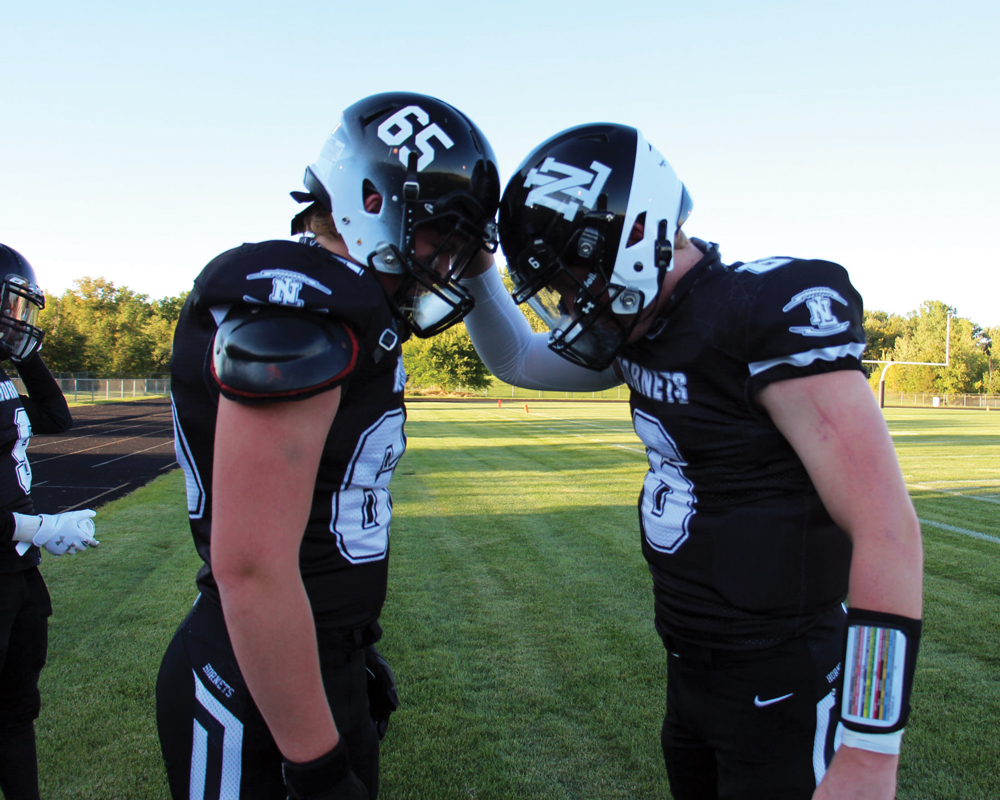 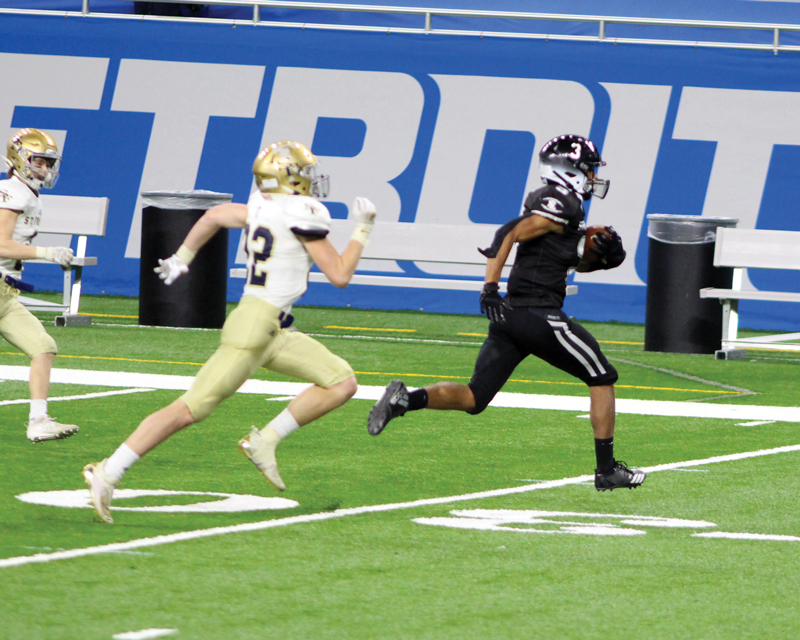 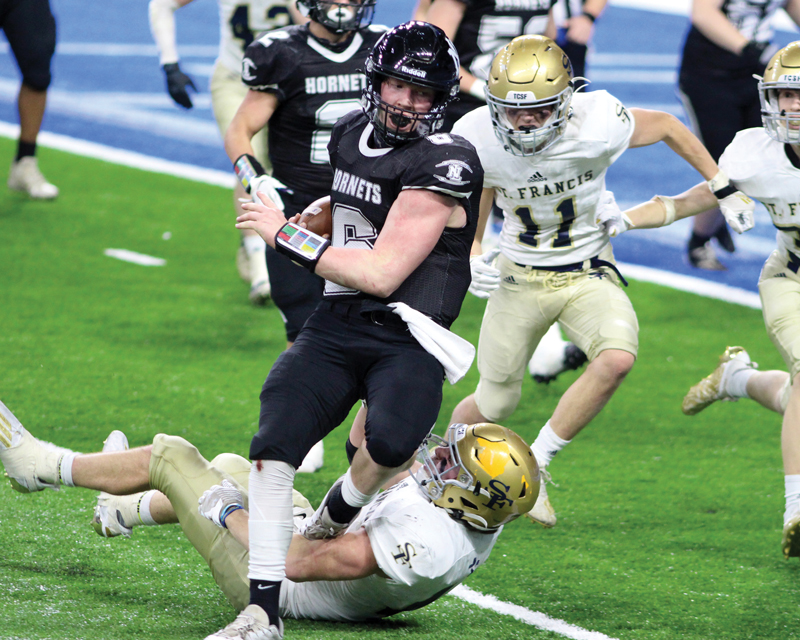 When next year begins, Galvas will have a whole slew of new players and leaders on his team so, naturally, he scheduled one of the best teams in the state, Jackson Lumen Christi, for game No. 1. Win or lose, he believes that playing the best will present an accurate picture of New Lothrop football.

So, is a possible repeat on the books? Galvas laughs, “The title is already in the back of my head,” he says. “At New Lothrop, we take everything one game at a time. Right now, it’s Jackson Lumen Christi or bust.”