The Flint School of Performing Arts (FSPA) is one of Genesee County’s brightest gems. Davin Pierson Torre, Director since 1995, says approximately 3,500 students attend the state-of-the-art facility, which is Michigan’s largest community school of the arts. Located in the Flint Institute of Music in the Cultural Center, the school’s students range in age from infancy to 90 years old, and it’s open to people of any skill level. Approximately 45 percent of the students reside in Flint, but they come from all over. “People drive from as far as Midland, Saginaw, Lapeer and Clarkston,” the director says.

A musician and music lover herself, Torre looks forward to going to work each and every day. “It’s always different and exciting,” she says. While there is no typical day at FSPA, My City Magazine visited on the day the Fall Semester began, to see what that’s like. During the week, most classes start after 4PM, and Saturday is a really busy day, with a wide variety of classes in session. Students can attend at any time of the year during two terms: September-January and February-June. “You see a lot of talent here,” Torre says. “But, you also see many people who just want to be part of the music and dance, and don’t necessarily see it as a career goal.” 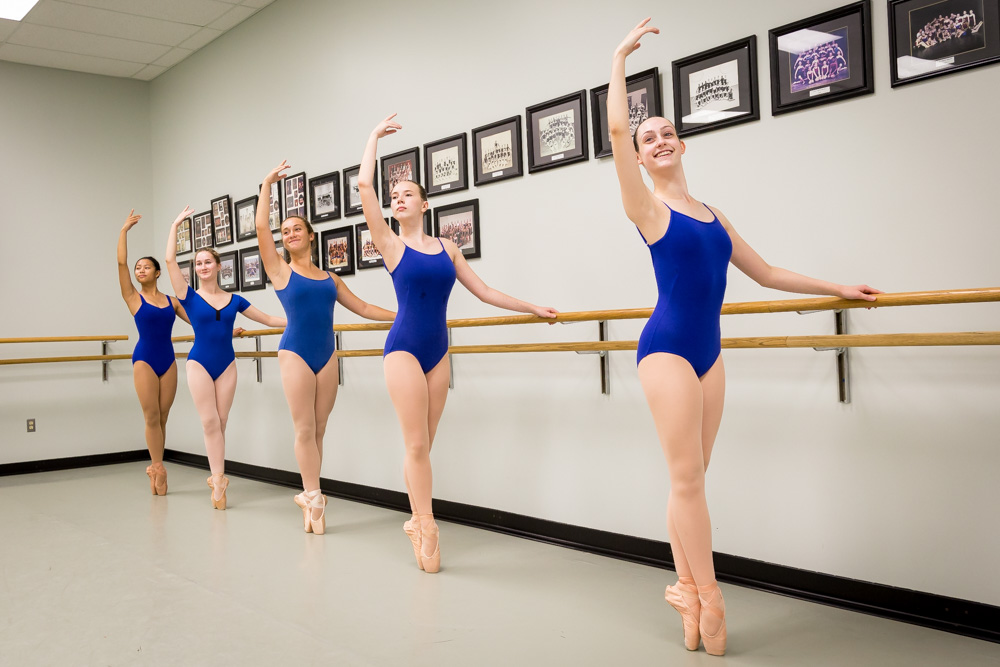 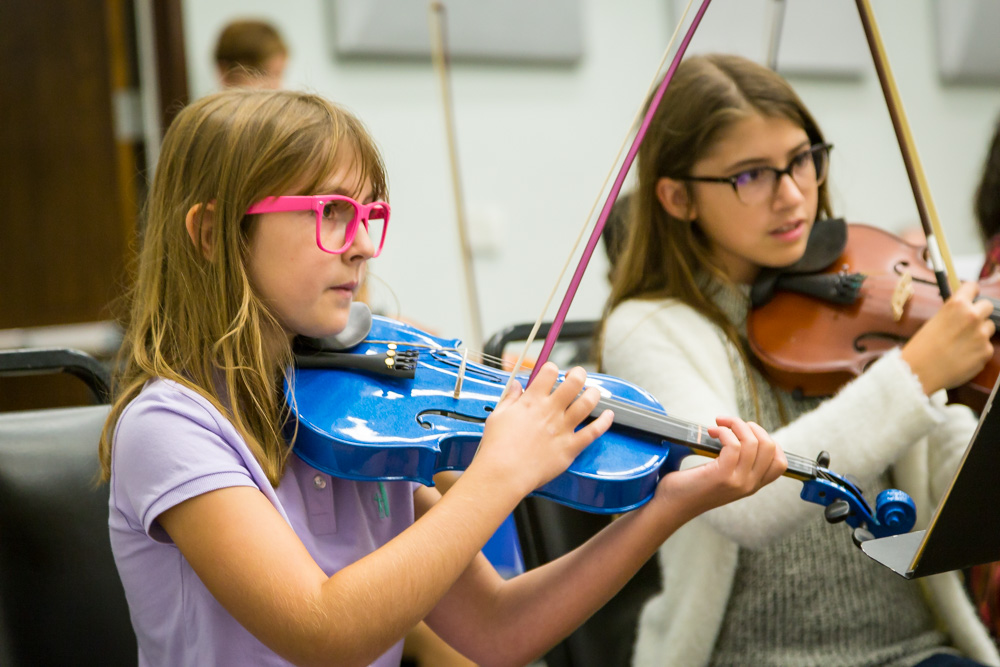 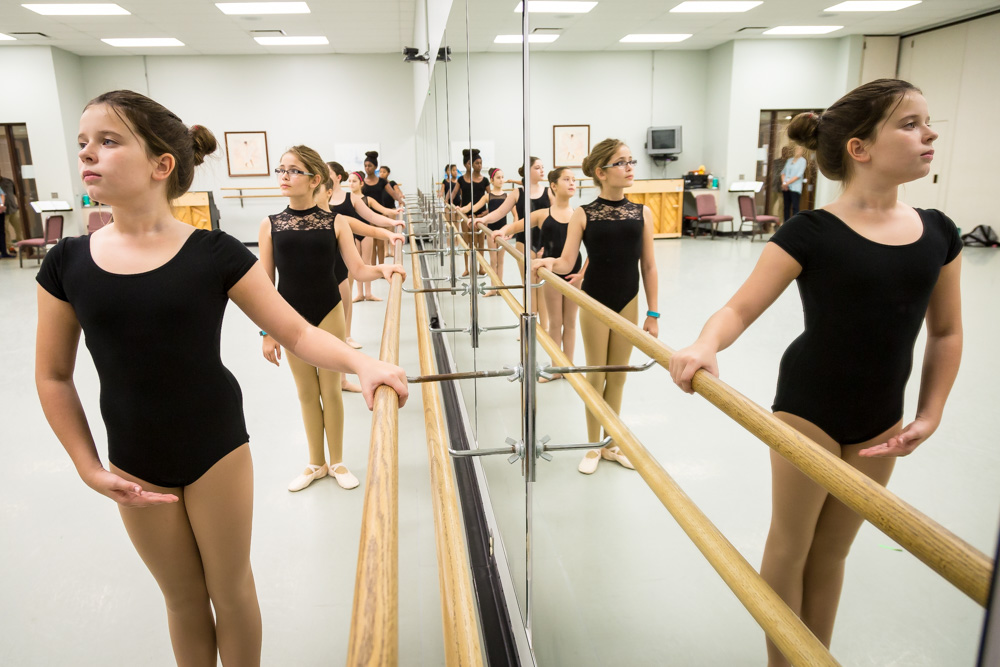 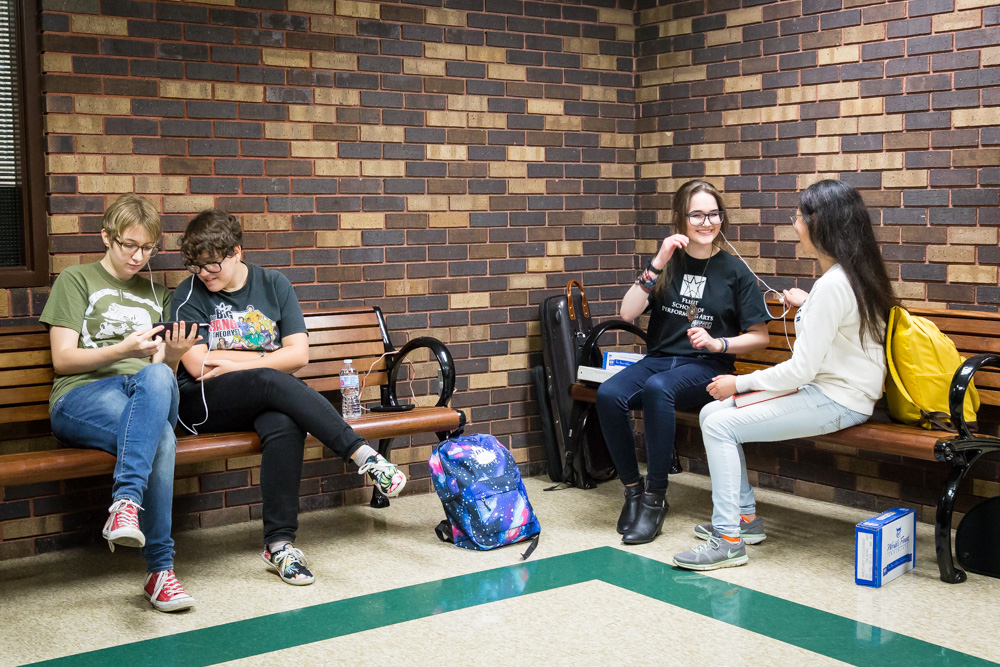 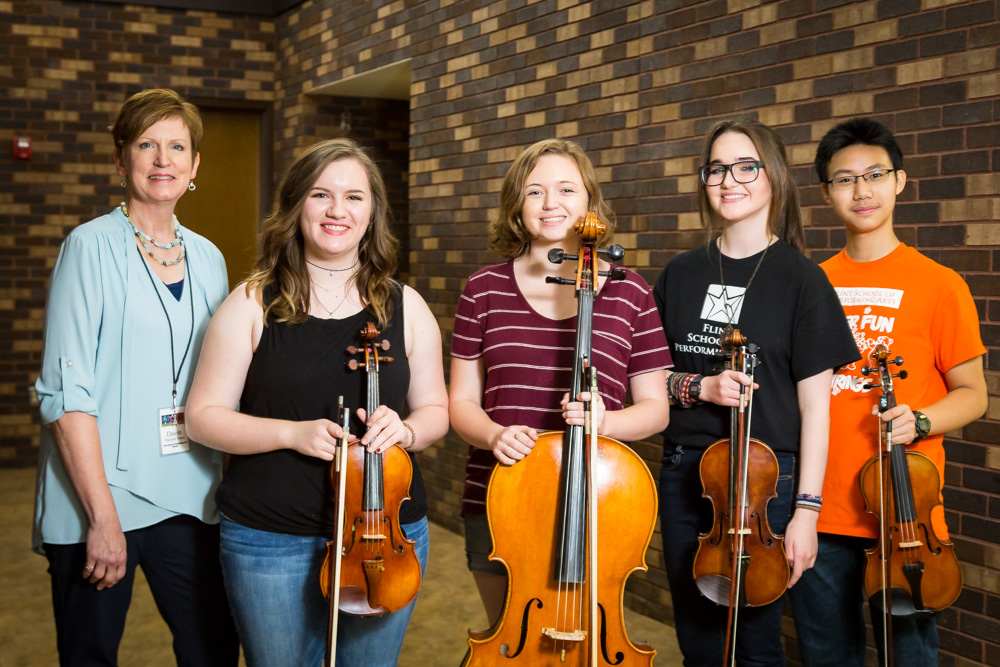 The dance classes offered range from creative movement to ballet and hip-hop, and everything in between. Music lessons range from accordion to harp, music composition to voice and much more.
During the summer months, a number of music and dance oriented classes and day camps are offered.

There are at least 185 FSPA performances each year, Torre reports. Some are held at MacArthur Recital Hall at FIM, but many take place at area high schools, hospitals, senior centers and at The Whiting, “There are many opportunities for students to share the fruits of their labor with their families, friends and the community as a whole,” Torre adds.

During the day, FSPA hosts a five-day residency program for four-year-olds who are enrolled in Head Start and Great Start Readiness. There are 800 kids who come to FSPA with their teachers to take dance classes and participate in hands-on musical instrument sessions throughout the entire school year, Torre explains.

Along with attending classes, school-age musicians also have the option to play in performance ensembles – where they are placed by their ability – as well as community partnership programs. The ensemble students have the opportunity to participate in international tours and exchanges with other youth orchestras. Next spring, the Flint Youth Symphony Orchestra, which consists of advanced string, wind, brass, percussion, piano and harp players, will travel to France and England. The Flint Youth Ballet is currently raising funds for a trip to Austria in 2019.

The youngest student to take classes at FSPA was just two weeks old. Music Makers is a class that introduces little ones and their caregivers to a variety of melodies, rhythms and sounds. “It exposes them to a huge variety of music,” Torre says. “The vaster the music diversity, the better it is for child development.”

Many FSPA programs are offered off-site, including one at Early Head Start (for kids aged six weeks to three years) and at locations for onsite music classes in various school classrooms. The music is incorporated into the students’ current curriculum, Torre explains. FSPA also partners with the Boys & Girls Clubs to offer ballet classes.
About 20 kids participated last year, and new this year is a show choir and hip-hop dance class, called Pitch Perfect Hip Hop. “I’m really excited about that one,” Torre says. There are also classes held at Hasselbring Senior Center, which Torre has observed. “Sometimes, it’s almost a dance party,” she says with a smile. 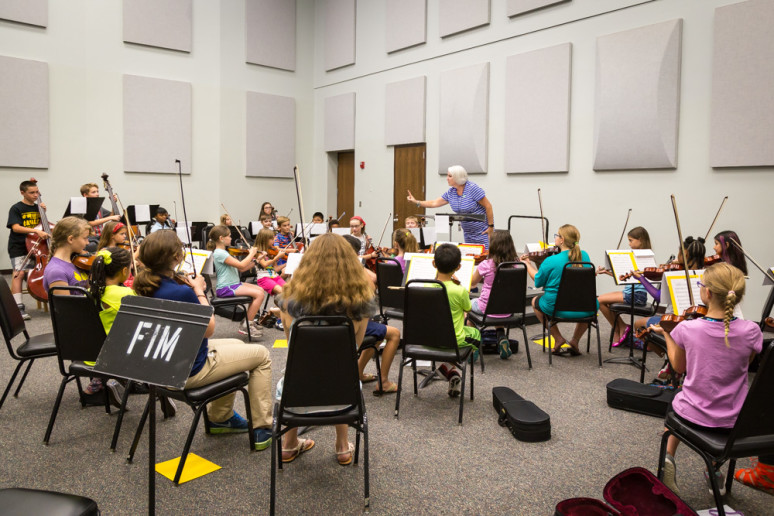 According to the director, group classes and lessons at FSPA are taught by a faculty of more than 50 degreed instructors. Some share their talent by performing during FSPA’s Faculty Concert Series. “The teachers who perform all have a mix of music degrees and it is an extremely high-level performance,” Torre says. There are six free concerts held at the Recital Hall each year. 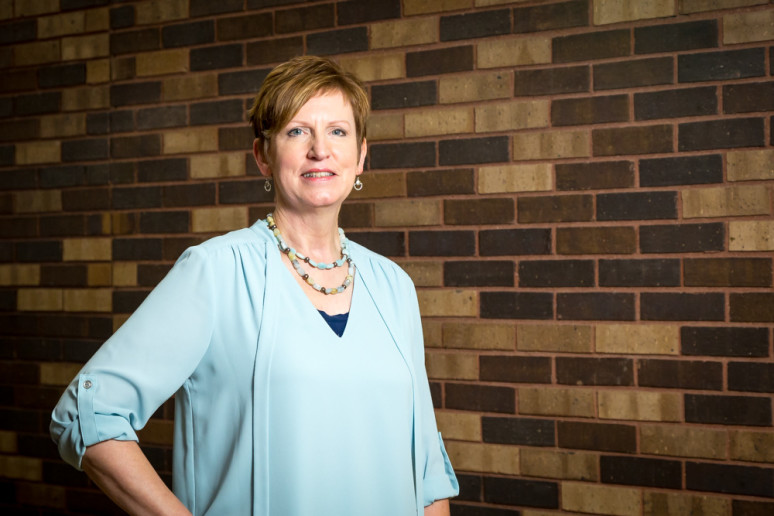 “We encourage anyone who wants to give music or dance a try to come see us at FSPA!”
Davin Pierson Torre
Director

What Torre would like people to know about FSPA is that you don’t need to audition to enroll. “People assume that they have to be young and talented – but that isn’t true. It can be anybody!” she exclaims. “It can be someone who just loves to dance, or it can be dancers and musicians who are super serious about their art.” Over half of the students who attend FSPA do so tuition-free or tuition-assisted, she reports. “We don’t want to turn anyone away because they can’t afford it.” 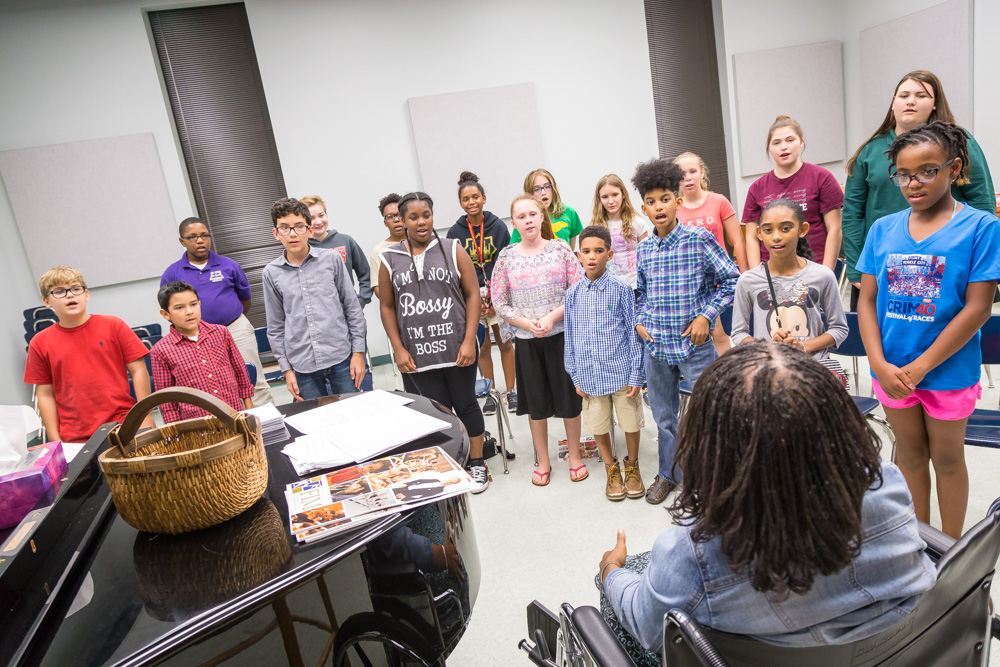 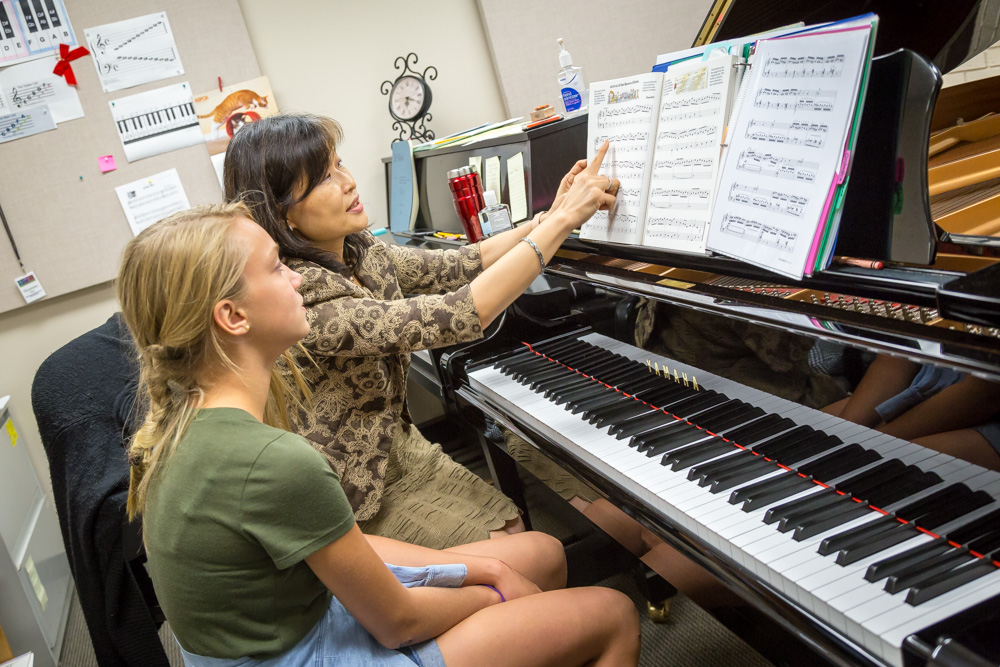 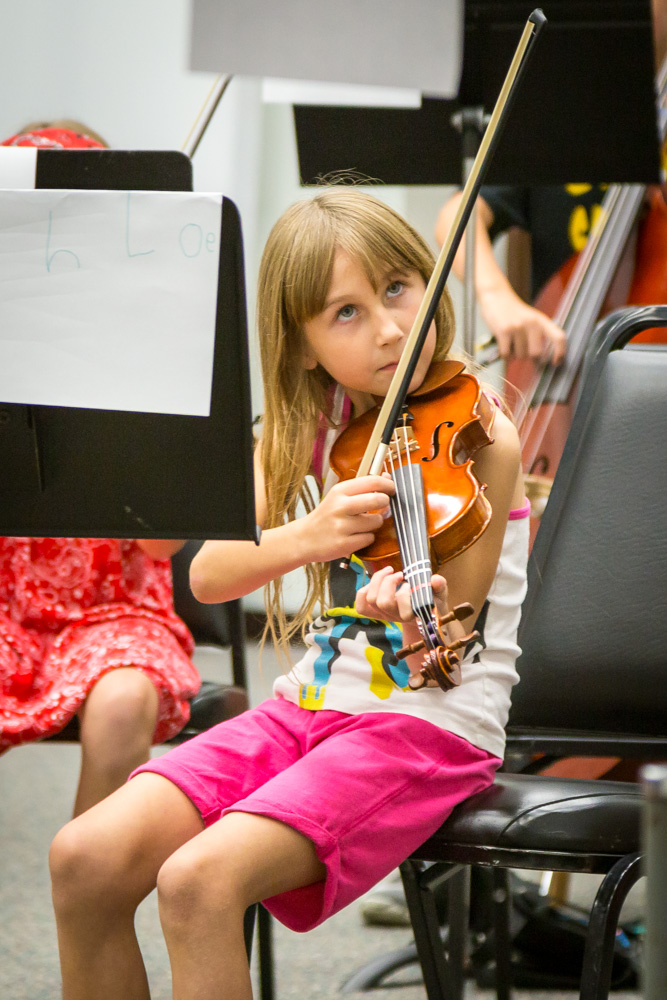 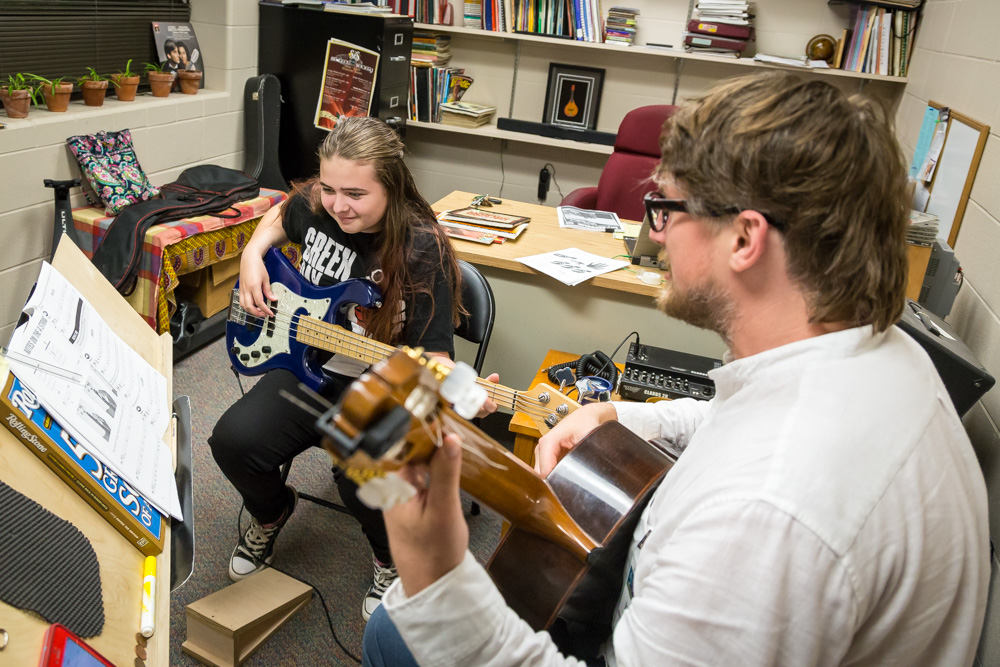 So, there are many facets of a day at the FSPA – someone is learning to dance, sing, play an instrument or perform – a diverse group of students and teachers of all ages. Involved with music since her youth, Torre thought that everyone had the opportunity to experience the joy of it. “When you grow up with music, you think everyone has the same opportunities to make it a part of their life; but not everyone does,” she says.”We encourage anyone who wants to give music or dance a try to come see us at FSPA!”