“I’m all about second chances, because someone gave me one,” says Dennis Coselmon, a former drug and alcohol addict who recently celebrated his fifth year of being clean and sober. His belief in second chances motivates him to share his story.

“I want and choose to be sober because instead of taking from society, I want to give back.”

Coselmon, 60, has new stimulants in life: he is employed – actually, he’s in the beginning stages of launching his own business, Clean Soul-utions, LLC. He reveals the meaning of the company’s name is purposefully layered and isn’t just about janitorial skills. He recently married Linnette, the woman he says knows all of his weaknesses and strengths and, most importantly, neither one of them take his sobriety for granted. “I have to tell myself everyday that I want it,” he says. “It’s a thought process that I live out. Without sobriety, I know my life will fall apart. I want and choose to be sober because instead of taking from society, I want to give back. It’s a miracle that I didn’t overdose, die or end up in jail.”

Risks cannot be taken when it comes to his sobriety. “You cannot let your guard down,” he says. “I know my triggers. One sip of alcohol would lead me to wanting cocaine. The cravings would come rushing back. I have to stay away from all of that and surround myself with people who care about me, who truly want me clean and are willing to help me be accountable.” His former days of drinking, snorting, sniffing and shooting up are over. “I did it all,” he says. “I’d sniff it or snort it. I’d buy it in powder or rock form – it didn’t matter to me, I just had to have it – it ruled my life. The world of addiction is like the devil has a hold of you and doesn’t let go. I sold dope, been robbed, had a gun in my face, stole money from people I loved, spent money I earned on drugs – heck, I’d spend $1,000 on drugs on Friday and be broke on Monday. With the amount of money I spent on drugs, I could be retired three times over by now.”

He and Linnette work on his sobriety by deepening their faith at Flint Central Church of the Nazarene, where they exchanged wedding vows on October 3 of this year. He works there as a custodial on-call, and she cleans and volunteers in the nursery. “My priorities have changed; they’ve got to if I want to stay sober. God and sobriety are what I have to focus on now.” 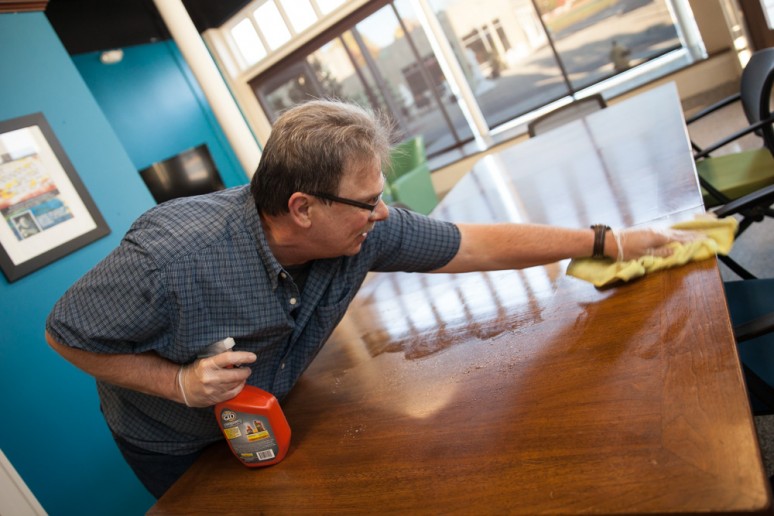 Linnette is impressed with his openness and sincerity. “When I met him four years ago, he was so frank and honest about who he once was and who he is now,” she says. Coselmon, a previous Carriage Town Ministries resident and graduate of their men’s recovery program, is now a homeowner – thanks to the Habitat for Humanity organization in Clio, where he gladly spent 250 “sweat equity” hours getting the home ready for occupancy. In fact, Coselmon recently spoke at Habitat for Humanity’s 25th anniversary celebration, and before that, he gave his testimony at Carriage Town’s annual fundraiser. “If what I say and share can help just one person, well then it’s all worth it,” he says.

After working at GM for 17 years, life five years ago was a valley for the homeless, broke, disheveled guy who smoked crack, had no income and usually didn’t know what day it was. “I was trashed on the outside and the inside,” he says. The day he showed up on the doorstep of the Salvation Army’s adult rehab center, he was out of money – he’d stolen and spent $3,000 from his dying, cancer-ridden father – was unshaven, had long, greasy hair, unclean clothes and didn’t care about anyone or anything. “I wasn’t into grooming. I was living the crazy life of addiction. I burned a lot of bridges and had no place to stay,” he says. “I actually walked for six hours and made it to Catholic Charities on Fifth Avenue, but for some reason the door was locked,” he recalls, and adds that he believes it was God’s plan. “I stumbled around to the back of the building and there was a guy standing there who asked me what I wanted. I told him, ‘I need help. I need to get clean.’”

Forty-five minutes later, the stranger led him to the intake desk at the Salvation Army and Coselmon checked into their 30-day lockdown and six-month recovery program – the start of getting clean once and for all … or so he thought.

A year later, Coselmon was the guy behind the intake desk interviewing and mentoring the newest batch of drug addicts off the street. “I was clean for a year,” he says. “I was earning a little money with my job at the Salvation Army, but I was cocky,” he says. “I got too full of myself, and when that happens, I can guarantee you a relapse is around the corner.” Sadly, Coselmon earned a weekend pass, took his $2,000 savings and went back to the loving arms of his old, familiar friend – crack cocaine. “I relapsed,” he says. “That’s addiction for you.”

Looking back, he believes God needed him to relapse, because it was part of God’s bigger plan for him. “God was letting me know I really wasn’t getting it,” he says. “God humbled me even more and I had to start all over.”  He went into treatment at Carriage Town. “I was destroying myself,” he says. “I decided I wanted to live and I’d do whatever it took.” These days, Coselmon has climbed out of the valley and he is striving for the top of his mountain. “Without the valley being there to begin with,” he says, “I wouldn’t be able to climb the mountain at all.”

He isn’t afraid to share his darker days, because they remind him to move forward. “I keep all the pain and memories of what I went through close to me,” he says as he pounds his heart. “I need to remember it – all the helplessness, wandering, non-productivity, using people, not caring about anyone but myself and doing whatever I had to do to get my next high, and not contributing anything to society except misery – I’ve got to remember all of it. It’s absolute and total madness. It’s the madness of addiction.” 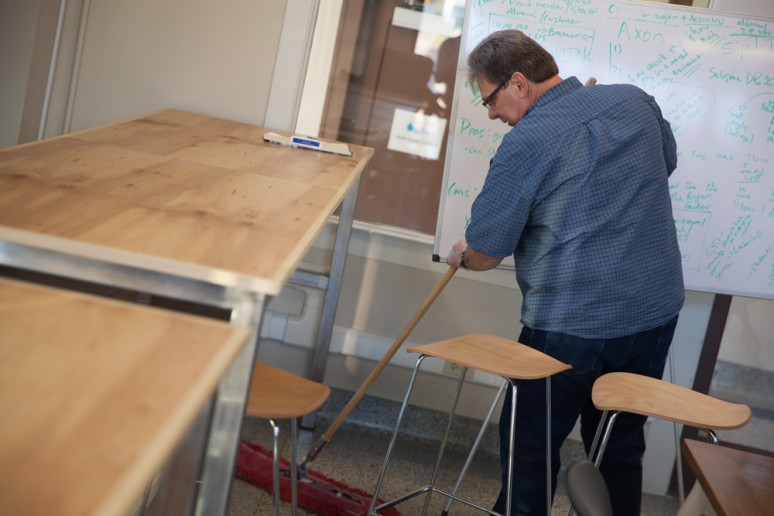 For Coselmon, the madness began innocently at age 14. He remembers his parents, Dwayne and Beatrice (both now deceased), hosting a simple house party. “At the end of the night, I drank the leftover beer that was sitting in the washtub,” he says. In a short amount of time, while still in his teens, he went from alcohol to smoking marijuana to LSD, THC, heroin, speed, methamphetamine and cocaine. “I’ve made amends to many people,” he says. “I was insensitive and self-serving for many years, but I now know the protocol for staying sober.”

Part of that protocol involves Linnette. “I do a lot of listening,” she says. Coselmon has discovered that, for him, staying sober means venting his frustrations and anger. “I can’t keep anything stuffed in,” he admits. “I have to vent my stress and frustrations verbally – it’s what keeps me away from the drugs and alcohol. I put on my armor, rely on God and know Linnette is there, willing to help me; but in the back of my mind I know the devil is right there waiting for me. I let God be in the driver’s seat and I go along for the ride – that’s what I believe is getting me through – God and his grace. There’s really no other explanation.”

After making it out of Carriage Town’s Personal Success Program, he moved into his own apartment on Bristol Road, worked at Diplomat Pharmacy in the custodial department and also worked at Church of the Nazarene. Recently, he cleans the offices at Social Impact Philanthropy & Investment (SIPI). He networks with people like Steve Wolbert, founder of SIPI and a member of the Habitat Board, who encouraged him to apply for a Habitat House. “There are a lot of people out there with the exact same background as Dennis, but nobody is willing to give them a second chance,” says Wolbert. Wolbert’s company exists to help support other businesses like Clean Soul-utions. “Dennis is the perfect person for this management role – he’s gone through some hard times, but has totally turned his life around and he wants to give back. I’m really proud of Dennis being the recipient of a Habitat home and I’m proud of him as a human being for what he’s accomplished.” Wolbert also encouraged Coselmon to apply for the Habitat home. “I’m amazed and thankful that guys like Steve were willing to give me a second chance,” he says.

Coselmon’s company, Clean Soul-utions, is collaborating with graduates from St. Luke’s New Life Center and Carriage Town’s Personal Success Program. “I’ll be taking graduates from those organizations and mentoring and training them for an occupation in the custodial line of employment,” he says. “I’m not perfect, but I’m a whole lot better than I used to be. If I get through one day and make a half dozen mistakes that don’t include drugs or alcohol, I call that a pretty good day. I can actually look in the mirror these days and say that I like myself.”
Photography by Mike Naddeo