You maybe walking around with a sleep disorder and not even know it! According to George Zureikat, MD, Medical Director of Mid-Michigan Sleep Center in Grand Blanc, sleep disorders are common and often untreated or underdiagnosed. Approximately 70 million Americans suffer from some form of sleep disorder, the doctor reports, and there are many different types including: sleep apnea, insomnia, restless legs syndrome, narcolepsy and snoring. 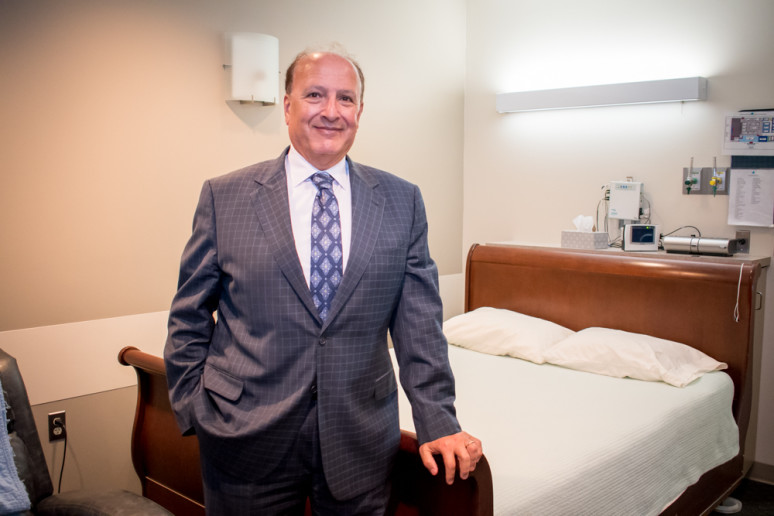 Sleep apnea is one of the more common sleep disorders (five percent in the general population, but higher with age and overweight people). There are two types, obstructed airway and unobstructed airway, Dr. Zureikat reports. If obstructed sleep apnea is untreated, it can lead to serious health concerns including cardiac problems, high blood pressure, stroke, memory problems and the inability to think clearly, increased insulin resistance, impotence, lack of sex drive, as well as increased traffic and workplace accidents. Restless legs syndrome affects five percent of the population and insomnia affects 15 percent. Narcolepsy (an extreme tendency to fall asleep during the day) is not as common, but a serious disease that can be seen in children. Sleep disorders vary in different age groups, says the doctor. In the pediatric age group, about 25 percent suffer from a sleep disorder such as: sleep apnea due to enlarged tonsils or excess weight, restless legs syndrome, bed-wetting, night terrors and sleepwalking. Snoring, restless sleep and hyperactivity can be signs of a sleep disorder in that age group. In addition, “approximately ten percent of the teen-aged population have sleep disorders,” the doctor shares. “Teens go through a delayed sleep phase where they can’t initiate sleep. Their brain is not producing melatonin early enough to allow them to get the amount of sleep they need.” Sleep disorders are found in older adults, as well. It’s typical in the elderly age group for people to fall asleep at 8am and get up at 3am. “Their inner clock is advanced,” he says. 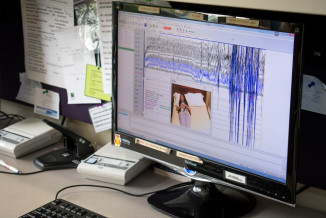 Approximately 70 million Americans suffer from
some form of sleep disorder.

To diagnose a disorder, sleep testing is needed. This can be performed at home or overnight at a sleep-testing center. For an at-home test, a patient uses a portable device that monitors the breathing pattern and oxygen to evaluate for obstructive sleep apnea. At Michigan Sleep Center, there are four suites equipped with all the comforts of home, monitoring equipment and a camera. After the patient falls asleep, a technician monitors them.

Dr. Zureikat sees a large variety of patients. For example, he recently studied a 17-year-old with a history of sleeping all day and being tired all of the time who was also monitored during the day to rule out narcolepsy. Another recent patient was a 57-year-old woman who had lost a lot of weight, going from 350 pounds to 257 pounds. Her symptoms were snoring, restless sleep and waking up tired. “I ordered a home sleep study for her,” the doctor says. Once the study is read, he will likely prescribe CPAP (Continuous Positive Airway Pressure) therapy. A CPAP machine sends a constant flow of airway pressure to the throat to ensure that the airway stays open during sleep. “Michigan Sleep Center has an 88 percent CPAP compliance rate,” boasts Dr. Zureikat. “CPAP compliance is good for our facility, because it shows that we are giving patients the best care,” adds Christine Prekup, Sleep Lab Manager. 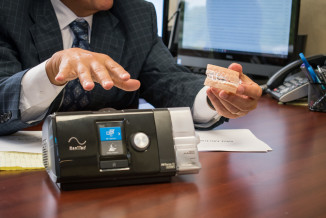 According to the doctor, some sleep disorders can be easily treated and some can completely go away with lifestyle modifications such as losing weight or having enlarged tonsils removed. Cognitive behavioral therapy can be used to treat a patient who has insomnia. “We help structure their sleep schedule,” he explains. “We use some medications to treat insomnia but discourage it for long-term use. We aim for natural sleep.” There is another device, the sleep profiler, which is used to diagnose insomnia by measuring sleep over multiple nights. Sleep apnea can also be treated with a dental device that expands the mandible (jaw) forward and creates more breathing room in the back of the throat.

Having a sleep study that determines you have a disorder can be life-changing, says Dr. Zureikat. “Sleep is a vital function of the brain. If you don’t get enough, you can’t function or perform.”

Dr. Zureikat is a sleep specialist certified by the American Board of Sleep Medicine and by the American Board of Pediatrics in Sleep Medicine. He has co-authored more than 40 publications and abstracts, and actively participates in academic research studies and clinical trials. Recent sleep-related trials he has participated in have involved narcolepsy, obstructive sleep apnea, and ADHD-associated insomnia. Dr. Zureikat has more than 25 years of experience in diagnosing and treating sleep disorders.