A Flintstone through and through, Leo Robinson II grew up in the city and understands its struggles. So, after becoming a pastor while working in Oakland County, he knew what he had to do. “I was called home,” he says. “My heart is for Flint. I moved my entire family back – my wife of 17 years Miosha, and my five children. This kid from Flint wants to do whatever he can to support all of the good in the city.” 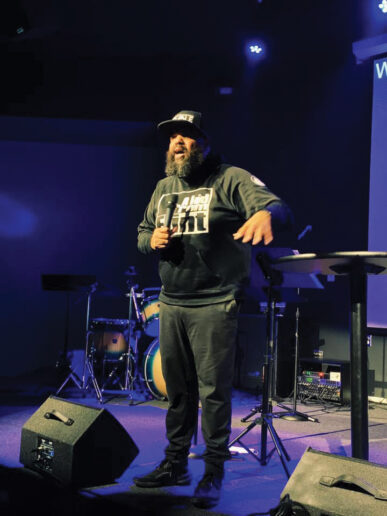 Robinson is the pastor of Good Church located on Holbrook Ave. on Flint’s north end, and as soon as he set foot back in the city, he started addressing the needs of the people there. “We noticed that the north end residents around the church were struggling with food and depression during the pandemic, so we safely opened in October to provide relief,” he explains. “The philosophy of the church and what we practice is based on Galatians 6:9 which states, ‘Let us not become weary in doing good, for at the proper time we will reap a harvest if we do not give up.’ We are a multicultural community that looks to impact as many as we can in the city and beyond.”

While engaging with the city and the people within, Robinson made the acquaintance of Adult & Teen Challenge Flint Director, Phil Hall. Adult & Teen Challenge is a faith-based organization with the purpose of helping those suffering from addiction to turn their life around. They both spoke of the needs of young teens and adults in the city and Robinson was inspired. “It led me to be proactive when it comes to teens,” Robinson states. “How do we help them with all of the difficulties they face today – mental troubles, anxiety, depression and often addiction? We felt that if they got help now, then maybe, they wouldn’t need Phil [Hall] later.” So, as an answer, Robinson founded 181 Movement in February with the goal of helping teens move their lives in a positive direction.

“We named it 181 Movement because we want our teens who are struggling and possibly headed down the wrong path to turn their life around 180 degrees, and bring one additional person with them,” explains Robinson. “We want to show them that the issues they are dealing with are shared, and provide a connection to others who are headed in the right direction. We don’t want them to self-medicate.”

The program was an immediate hit and participation is growing each week. In order to provide the best possible service to participants, 181 Movement has partnered with area professionals to lead discussions and help teens on a one-on-one basis. The program is for anyone age 12-19 and meets Thursdays from 5-7:30pm at Good Church. “We have an open-door policy. Just show up,” adds Robinson. “You can show up for as many nights as you want, we don’t take attendance. And, if you need a ride, we provide that, also.” 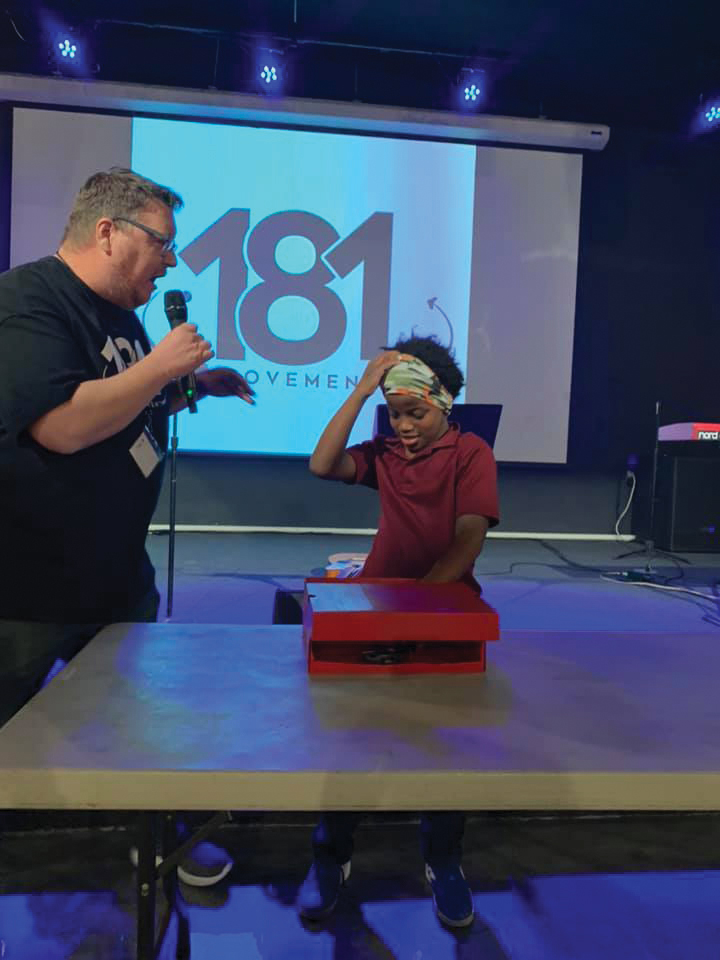 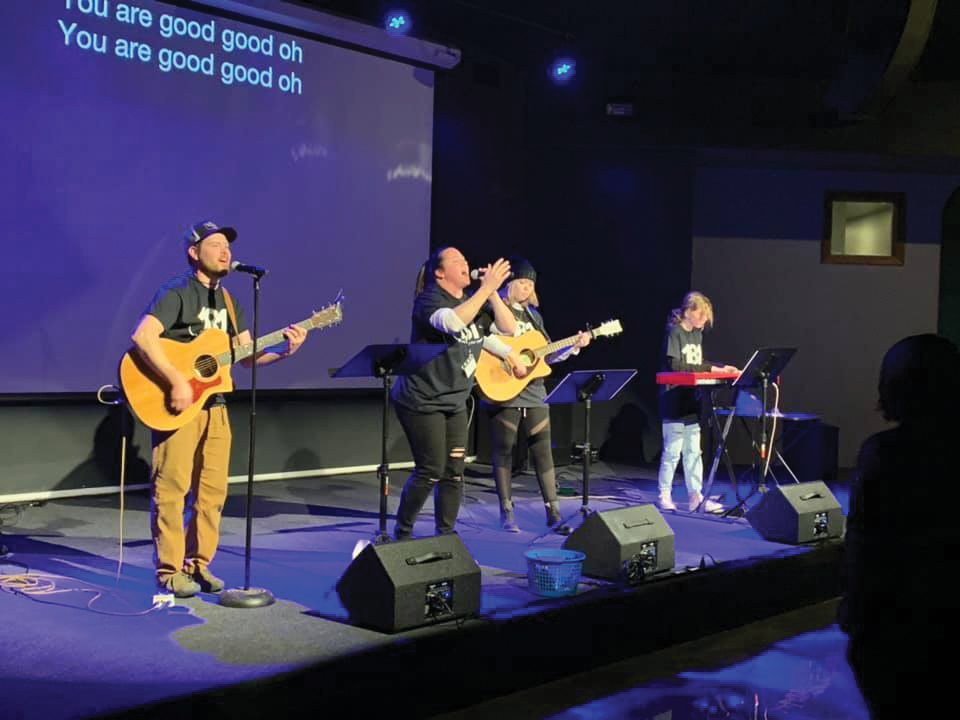 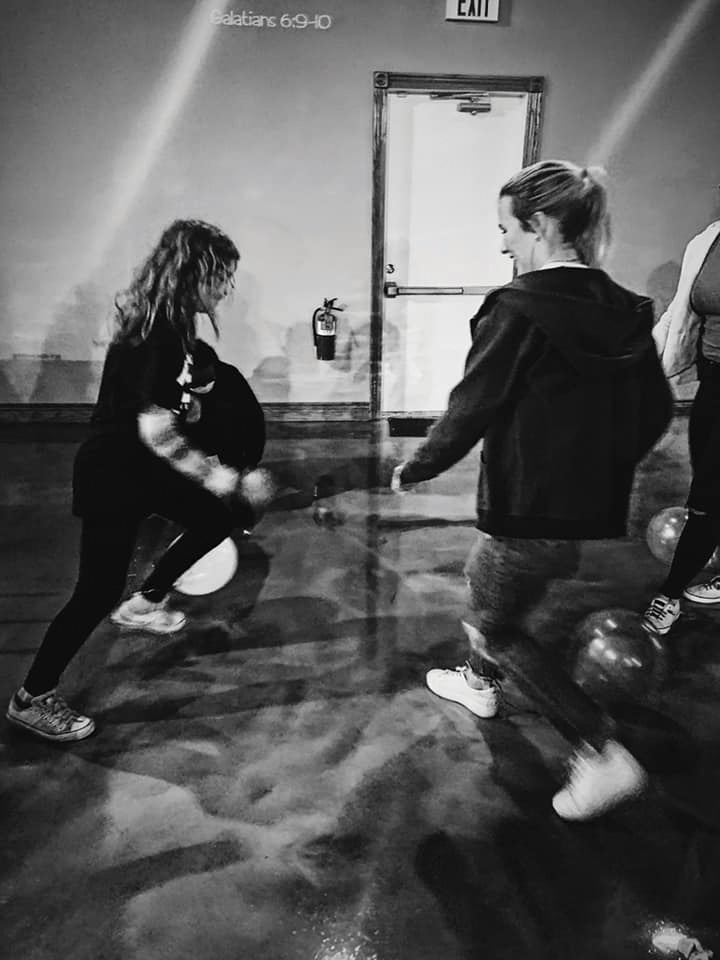 Each 181 Movement night starts with a catered meal during which participants are asked to use the time to build relationships with new people. Then, the group plays a collective game before the 15-minute topical message or devotional is delivered. “The topics are chosen by the teens and it’s always something that someone is dealing with: forgiveness, fatherlessness, addiction, etc.,” says Robinson. “Then, we break into intimate impact discussion groups.” At the end of the night, everyone comes back together for games and prize giveaways. “After spending time with them every night, I believe that one of the things they are missing most is positive reinforcement. Just telling them that they are a good person and doing a good job goes a long way,” says Robinson. “They get plenty of negative reinforcement – they don’t need more of it. I have noticed that another thing missing in many of their lives is positive role models; more specifically, positive male role models. Young men need positive examples to emulate.”

The 181 Movement has been great for the area, but Good Church is doing more. While talking to the community, the church has found that much of the area is lacking adequate laundry service – something most people take for granted. “Absenteeism from school or a job is high in Flint and we found that one of the biggest problems is lack of clean clothes,” says Robinson. “Imagine having to go to school every day with unwashed underwear or anything else. There is no laundromat within four square miles around us and 80 percent of the population depends on public transportation. So, with the help of other area organizations, we started building a laundromat for the community.” The facility will be full-scale and low-cost, as they plan to hire neighborhood individuals to work there. They hope to have it completed by September of this year.

“I’ve found that in order to truly understand what the population of an area needs the most, you have to engage with people who live there,” explains Robinson. “Some base their decisions on what they think the people need instead of just asking them and speaking to them. You’ve got to connect with people to get to the real underlying issues they face.”

Leo Robinson II, his wife Miosha and those connected with Good Church are passionate about the city and the people within. They believe in the good in everyone and will continue to give their best effort, but with a little help. “181 Movement is growing and we are looking for more professional partnerships and therapists,” says Robinson. “We are a religious organization but we are open to anyone who wants to help these kids. If you cannot be there in person, please consider donating to 181 Movement or the laundromat.” All monetary donations are tax deductible and can be made at goodchurch.life.

For more information on the 181 Movement, Good Church or the Laundry Project,
visit goodchurch.life and Facebook.com/181movement/