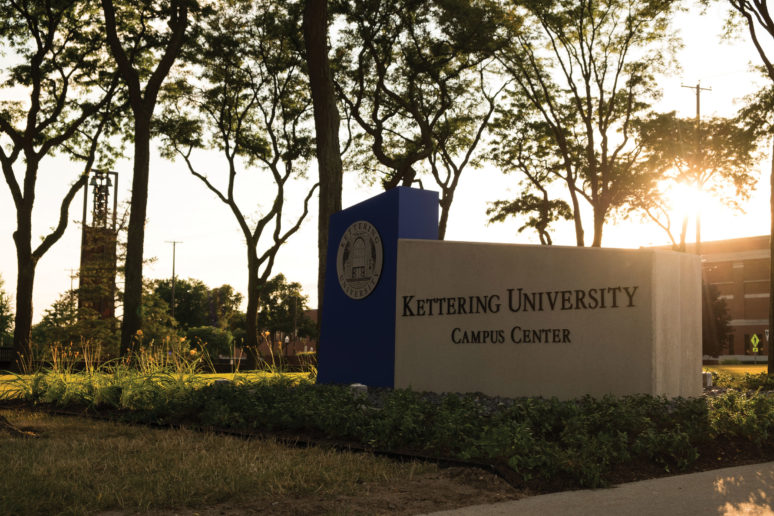 At 7pm on October 20, 1919, Major Albert Sobey unlocked the door to his classroom for the first time. His students were workers from all walks of life who made the journey to Flint with the hope of a better life through the auto industry and General Motors. All of them decided to attend a new school in Flint dedicated to the art of engineering and management. What that one, small turn of a key would lead to was a wonderful surprise for the city and to students for a century. That first class was the birth of Kettering University.

The School of Automotive Trades began as a program of the Flint Industrial Fellowship league, a GM employee organization that existed to create cooperation between all 37 GM plants in and outside of Flint. The League achieved this by organizing extracurricular opportunities for workers, and a new school fit the bill. Buick General Manager, Harry Bassett, played a large role in the school’s creation. He saw the potential for the school to greatly benefit both GM and its employees. When looking for someone to found and head the school, he tapped a retired World War I veteran and former college educator by the name of Albert Sobey.

Born in northern Michigan’s sparsely populated Keweenaw Peninsula, Sobey was the son of a copper miner. He apprenticed in a machine shop with a master mechanic and earned a bachelor’s degree in mechanical and electrical engineering from Michigan Agricultural College (Michigan State University) in 1909. After several years working in Chicago as a civil engineer, Sobey took a job teaching math and physics at Michigan College of Mines (Michigan Tech) to help and be near his family. When the first world war began in 1914, Sobey joined the army as a captain and by the war’s end had attained the rank of major and chief of the Radio Military Intelligence Division. 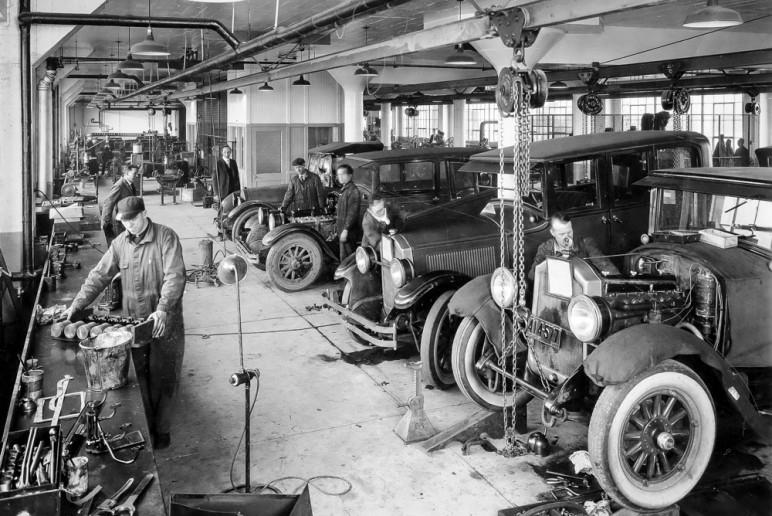 After the war, Major Sobey arrived in Flint and agreed to take the lead in developing the School of Automotive Trades. With the help and support of Harry Bassett, Alfred P. Sloan and Charles Kettering, Sobey grew the school by leaps and bounds. In 1923, he expanded the curriculum and it was renamed Flint Institute of Technology. It ran smoothly until 1926, when the school’s real breakthrough occurred. Bassett talked Sobey into giving a presentation to GM leadership about a new focus and program for the school that he had instituted in 1924 called cooperative education. Cooperative education combines classroom learning with structured job experience. It is the foundation of the school’s system. The GM executives were impressed and when they saw that the school was outgrowing its current home, made the decision on the spot to erect a new building. GM took over the school and it became the General Motors Institute (GMI).

Under the leadership of Sobey and GM, GMI prospered until the beginning of World War II. The military would not take GMI graduates due to the lack of a certified degree program. Sobey got to work and in 1945, a certified degree program began. The first class, comprised of 18 men, graduated with GMI degrees in 1946. From then on, GMI added multiple degree subjects and in 1947, enrollment topped 20,000 students. GMI had arrived. Sobey retired as president of GMI in 1950 and worked as a consultant until his death in 1960. 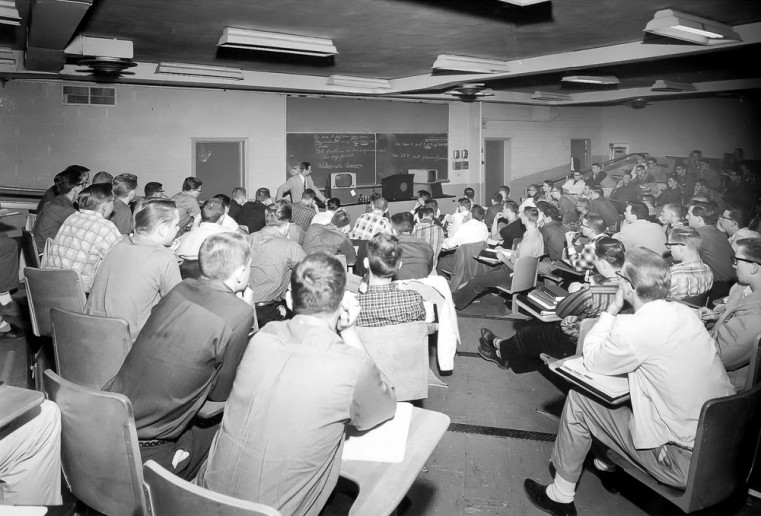 Guy R. Cowing took up the mantle of president in 1950 and kept GMI moving forward until his retirement a decade later. Doctor Harold Rodes was the next to assume the role of president and he immediately expanded degree offerings which began to establish GMI as a school that offered more than General Motors. It expanded both in curriculum and physically. During Rodes’ tenure, the Campus Center and Francis Willson Thompson Residence Hall were constructed. Rodes also increased campus diversity – the first black student was admitted in 1963 and the first woman in 1965.

As the 70s began, GM was starting to feel the pinch of the economy and overseas competition. In 1974, the company began to cut GMI programs. The school lost its focus. After Rodes’ retirement, William Cottingham took over as president and worked to right the ship. It quickly became apparent to all involved that GM would no longer be able to maintain the school and in 1981, GMI and GM cut ties. The school was re-named GMI Engineering and Management Institute.

When James E.A. John attained the presidency in 1991, the school needed some work. John emphasized campus, recreation, housing and educational growth. Between 1991 and 2005, the school added a new recreation center, the Mott Engineering and Science Center, Campus Village Apartments, the McKeachie Pavilion and an International student exchange program. Programs initiated at this time were the Center of Excellence in Fuel Cell Technology, the CRASH lab and the PACE lab. In 1997, school leadership decided to separate from GM entirely and change the name to Kettering University after Sobey’s friend and inventor, Charles F. Kettering. 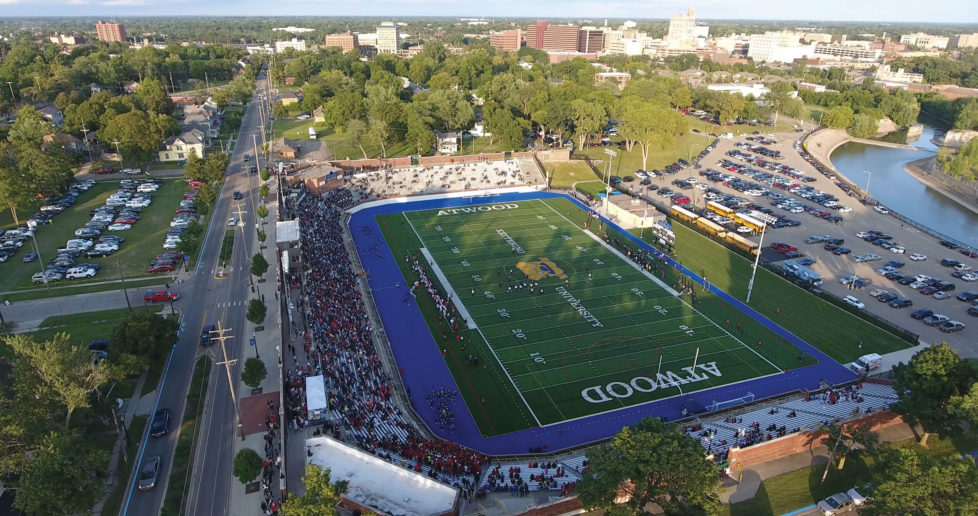 In the years after 2005, the University continued to add new degree programs, buildings – such as the Innovation Center and the Dane and Mary Louise Miller Life Sciences Laboratories – and invest in Flint as a college city. Under the leadership of Dr. Stanley Liberty, the school would proudly champion Flint as a city with potential. Kettering began to take a larger role in volunteering and community decision-making.

Kettering University is now considered one of the best schools in the country. Sobey started an organization that has thrived for a century and will continue to – in the spirit of its namesake – look to the future.

The Man Behind the Name 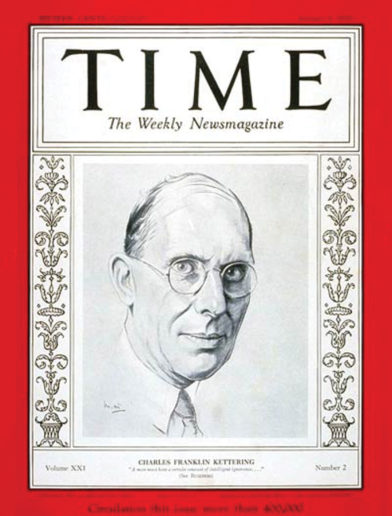 When Albert Sobey started the school in 1919, the man who was right by his side in its construction was his friend, Charles F. Kettering. An accomplished inventor, Kettering held 186 patents by the end of his life. He was the founder of DELCO Electronics Corp. and head of research at GM from 1920 to 1947. Kettering revolutionized the auto industry with the invention of the electric-start motor and leaded gasoline. He worked with DuPont to develop Freon and invented the first practical colored paints for automobiles. His accomplishments led to him be featured on the cover of TIME magazine in 1933.

“Think more about the future than the past because that is where you are going to spend the rest of your life.”
– Charles F. Kettering

Other Kettering inventions include: the electronic cash register, two-stroke diesel engine, the world’s first aerial missile called the “bug” and an incubator for premature infants. In 1927, he founded the Kettering Foundation – a non-partisan research organization – and later helped to found the Memorial Sloan Kettering Cancer Center in New York.

Charles F. Kettering’s inventive spirit, engineering genius and proximity to the school’s creation made him a perfect representative for the storied university and a man who every Kettering University graduate would be proud to follow.

Photos From the collections of Kettering University, copy and reuse restrictions apply.